Godzilla Through the Years - Part 7 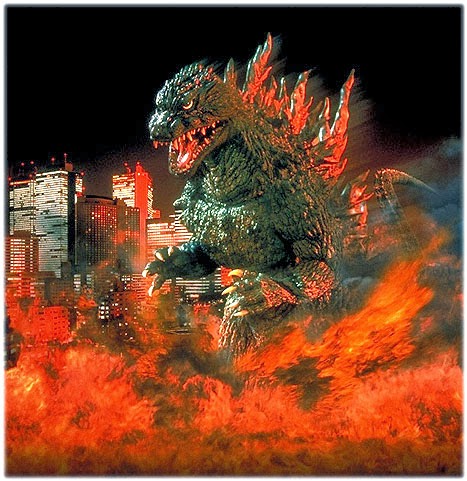 Almost as if it was in response to the American remake, Toho released another series of films shortly after the release of the maligned 1998 movie.

The Millennium series of Godzilla films offer several different takes on Godzilla.  Each of these films are meant to be sequels to the original 1954 film and so Godzilla's size is once again downgraded to be around 50 meters (164 feet).  Nearly all of these films find Godzilla battling against a variety of foes both new and old. 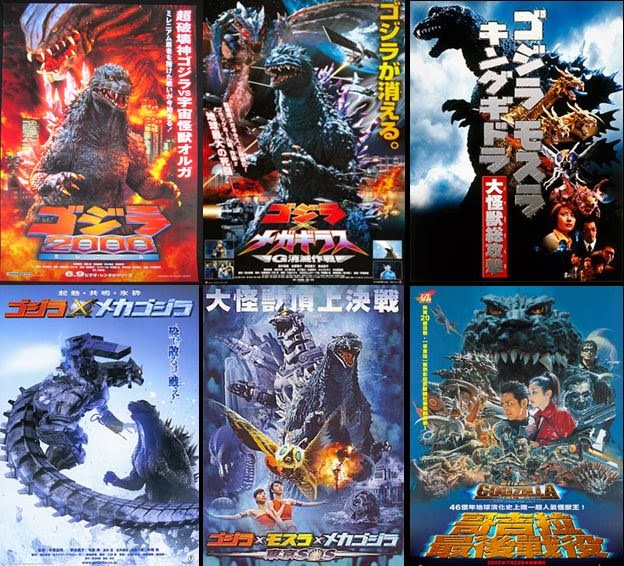 Admittedly, this is the series that I have the least expertise on, so I will only focus on the films I am familiar with. 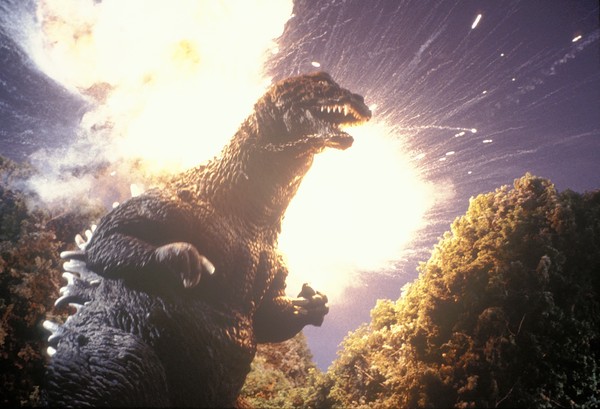 For each of these films Godzilla was radically redesigned, but my personal favorite characterization from this series is depicted in Godzilla, Mothra, and King Ghidorah:  Giant Monsters All-Out Attack (which boasts the longest title for any movie in the Godzilla series).

For this film, Godzilla is meant to be a distant memory, almost a myth since his appearance and apparent destruction in 1954.  It is revealed through the course of the movie that Godzilla has been resurrected and possessed by the tortured souls of World War II soldiers who are angered at being forgotten.  This further strengthens Godzilla to the point of near total invulnerability and gives him an almost devious intelligence as he wreaks havoc on Tokyo. The design of Godzilla in this movie is probably the most sinister since his debut.  Godzilla is given an almost demonic appearance.  His head has pronounced fangs, a predatory expression and pupil-less eyes that are a glassy white, devoid of any soul.

This Godzilla is merciless, brutally lashing out at mankind's futile attempts to thwart his advance and tearing into his monstrous foes with ferocious fury.  This is Godzilla at his most villanous since the original film.  In a particularly chilling scene a classroom of school children is being prepared to evacuate when suddenly the whole building shakes.  The teacher and her class look out the window facing the bay Godzilla just emerged from to see a blazing mushroom cloud, the result of Godzilla having just unleashed his atomic breath on a crowd of fleeing people.

This is one of the first times since the original film that innocent bystanders are shown being killed onscreen.  In fact, Godzilla is so evil in this film that it takes the combined effort of three "Guardian Monsters":  Baragon, Mothra, and a side-switching King Ghidorah to put an end to his reign of terror. 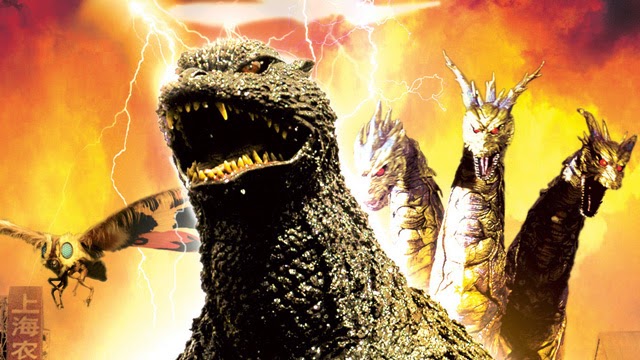 However, it wasn't long before Godzilla returned again to his role as defender of Earth against an extraterrestrial threat.  Once more, a legion of giant monsters is unleashed on the world by a group of malevolent aliens.  Humanity decides the only way to put an end to the destruction is by fighting fire with fire and setting Godzilla loose.  Of course, Godzilla does what he does best and decimates foe after foe in a series of bombastic fight scenes.

Marking Godzilla's 50th anniversary, the director of the movie intended Final Wars to be a sort of "greatest hits" tribute to Godzilla's legacy and depict the King of the Monsters facing an overwhelming array of foes, the most ever on screen. Thus, Final Wars could almost be considered a modern version of Destroy All Monsters.  The film features about 14 different monsters, most of which had not been seen of film since the original series, including fan favorites such as:  Anguirus, Hedorah, Ebirah, and Gigan.  The returning monsters depicted in the film were radically redesigned and brought to life using a combination of suitimation, practical effects, and CGI.  But Godzilla also faced off against a series of new foes including the American "Godzilla" (from the 1998 movie), Monster X, and a new version of a King Ghidorah, called Kaiser Ghidorah. 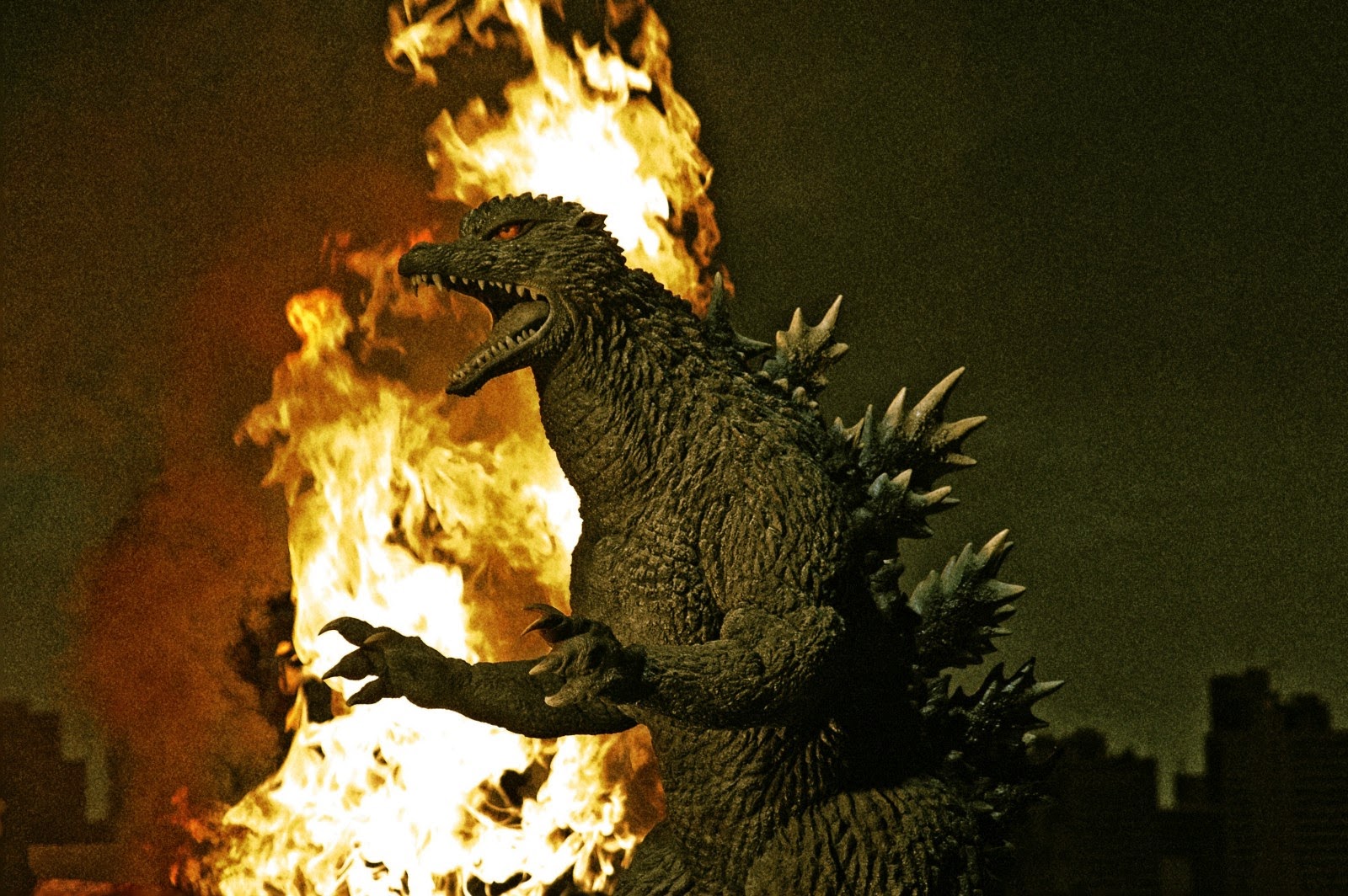 Unfortunately, despite being an awesome special effects spectacle, Godzilla:  Final Wars did not fare well at the box office.  The most expensive Godzilla film ever produced ended up losing Toho money.

Additionally, the movie was met with poor reviews that directed attention to the short battle sequences and weak, derivative story. This was to be the last Godzilla film not only of the Millennium Series, but for the remainder of the decade.

But, as has always been the case, this was not to be the end.  Godzilla will return again...