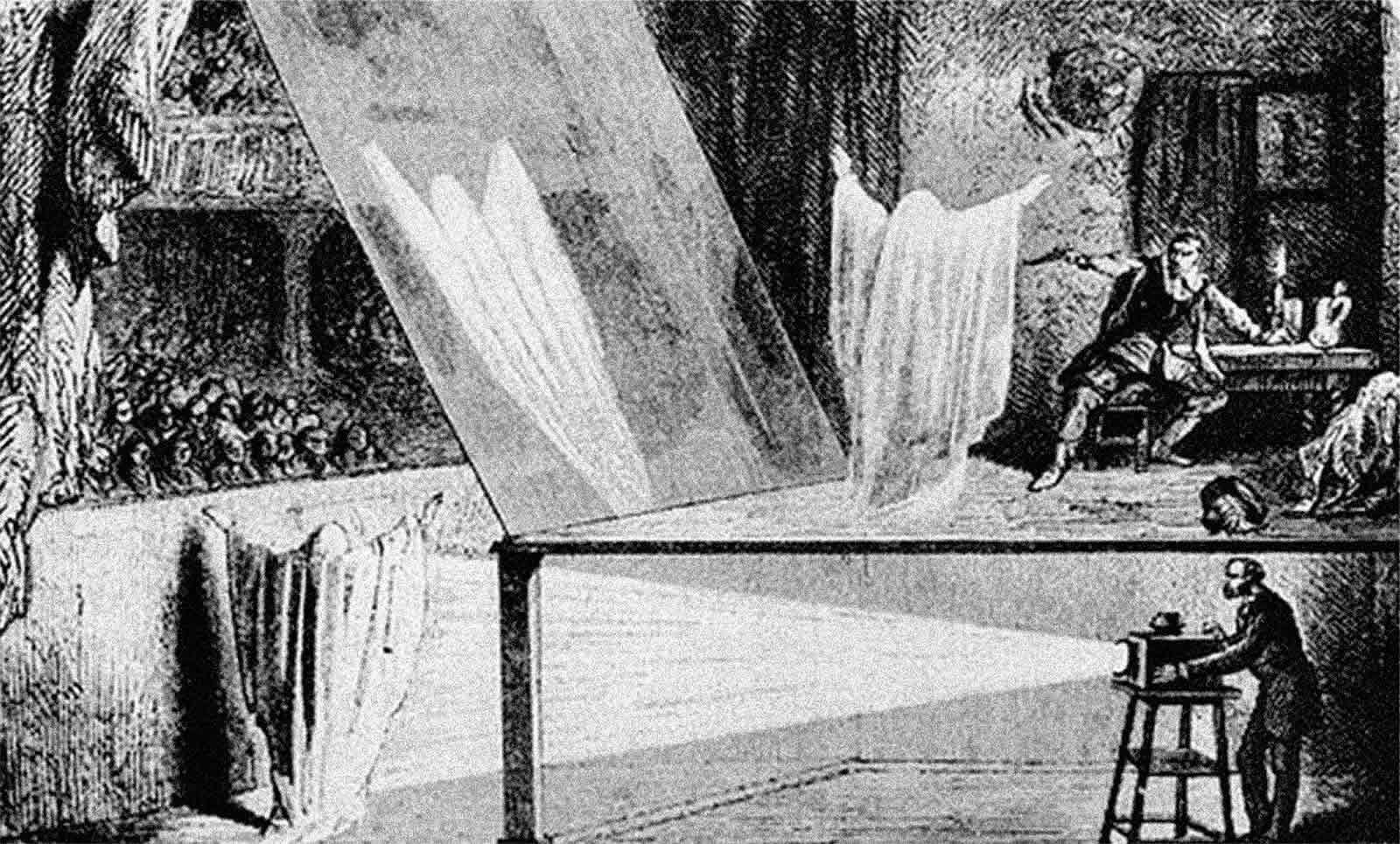 During the Victorian Era, many were fascinated with afterlife, ghosts, and communicating with spirits.  Thus, spiritualism was a major near-religion for people during this time in history.  Psychic readings, séances, spirit photography, and other curiosities sought to appease the public's hunger for the supernatural.  Additionally, the "Ghost Show" was born.

The Ghost Show allowed audience members to witness the appearance of spirits in the comfort of the theater.  However, the conjuring of these ghosts was actually a clever illusion devised by the creator of the Ghost Show, John Henry Pepper. Unlike many "ghost-makers" during this time, Pepper never attempted to pass off his ghosts as anything more than illusion and did not seek to take advantage of his audience, but to entertain and even educate. 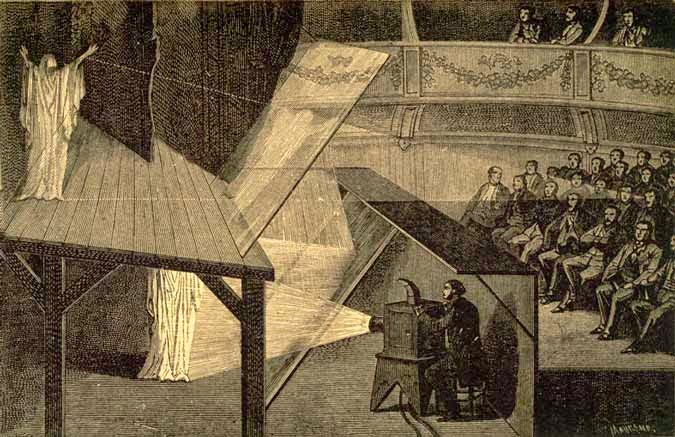 Pepper, a professor of chemistry, developed the illusion by taking advantage of successive reflections (the same kind of reflections you might notice in the glass as you ride in a car at night).  The trick worked in this way:  A projectionist below the stage shined an intense beam of light on an actor portraying a ghost.  A large sheet of glass tilted at a 45 degree angle toward the audience reflected the image of the actor below to give the audience the illusion of a semi-transparent "ghost" on stage.  Through careful coordination and stage direction, actors were able to interact with the fabricated phantoms. 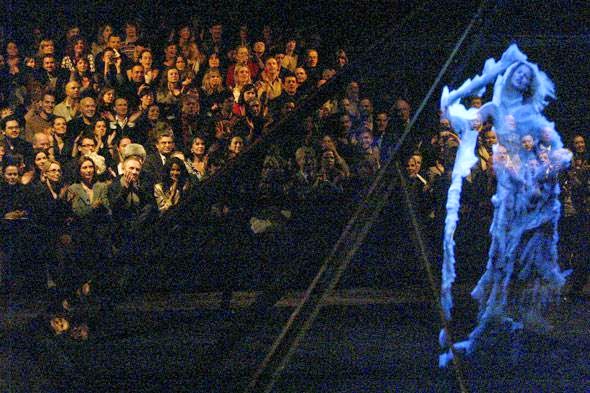 A similar technique is occasionally used even to this day to create 3-dimensional holograms.

Posted by Jonathan Brinson at 10:47 PM