In Memory of H.R. Giger

"Sometimes people only see horrible, terrible things in my paintings...  I tell them to look again, and they may see two elements in my paintings — the horrible things and the nice things. I like elegance. I like art nouveau; a stretched line or curve. These things are very much in the foreground of my work."
- H.R. Giger 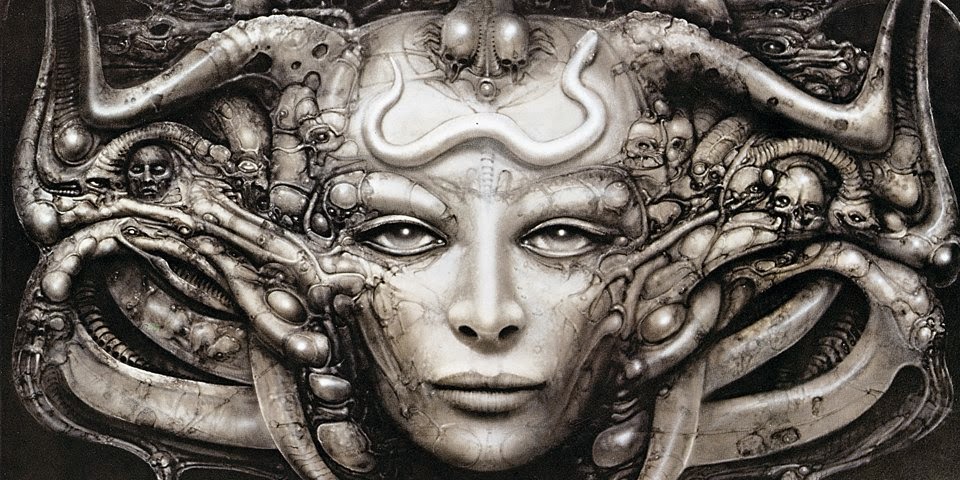 It is impossible to discuss Giger without talking about the unique style he created called "biomechanical". 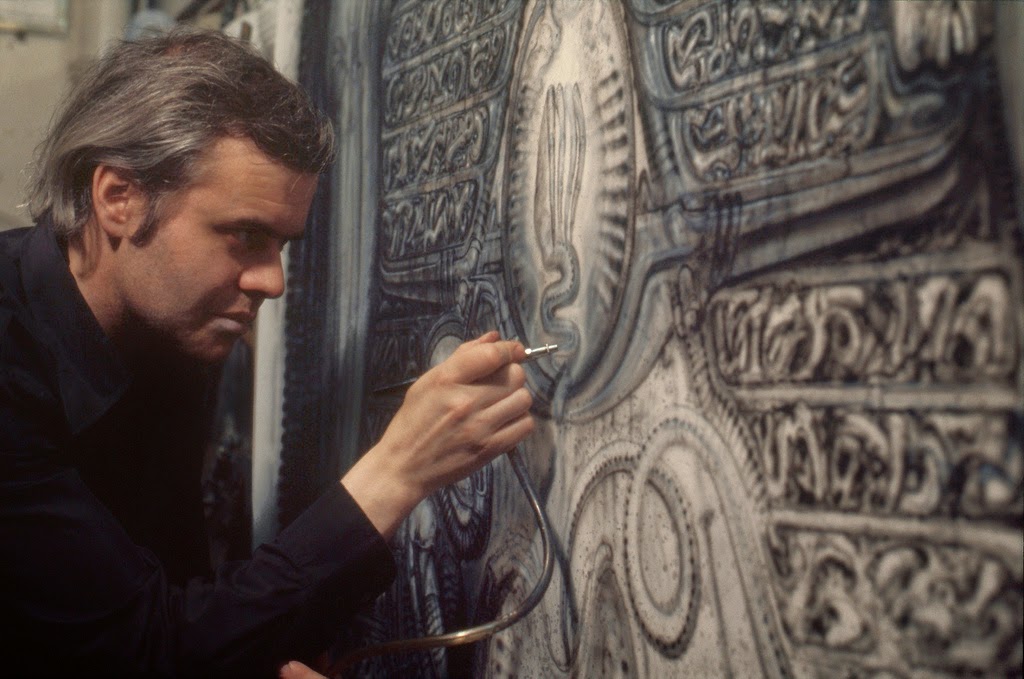 Apparently Giger was plagued by frequent night terrors throughout his life.  He mentioned once that he only found respite by putting what he experienced on the canvas.  Through the course of one particularly vivid nightmare, Giger recalled seeing a bathroom come to life in a terrifying manner, with pipes and toilet bowls developing skin and metamorphosing into gazing creatures with gaping maws that peered hungrily at him.  This, Giger insisted, was the inspiration for his signature style. 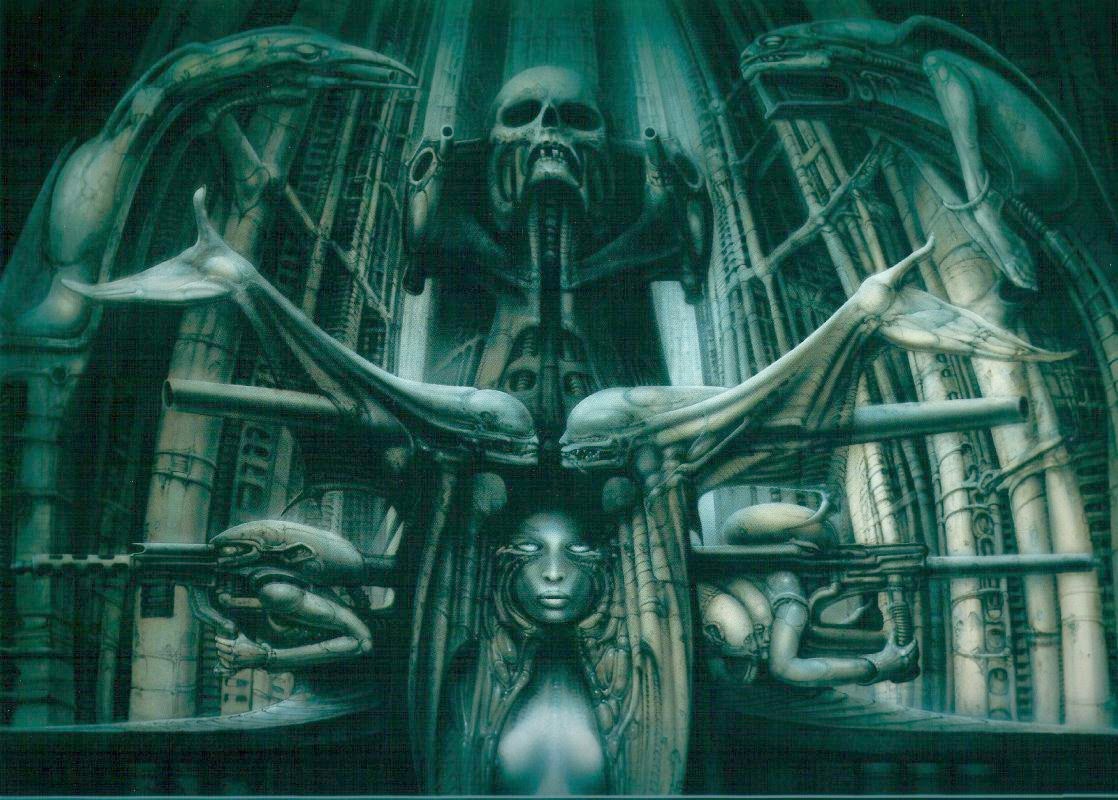 Giger is best known for his design work on Ridley Scott's film, Alien.  He designed not only the titular alien creature, but also the various stages of its life cycle, the derelict extraterrestrial ship and the "space jockey" pilot.  Despite numerous problems during production of the film, Giger couldn't resist seeing his work in three dimensions.  He endured criticism of executives and censorship from the studio only go on to create something truly memorable among the annals of cinematic history...  The Xenomorph! 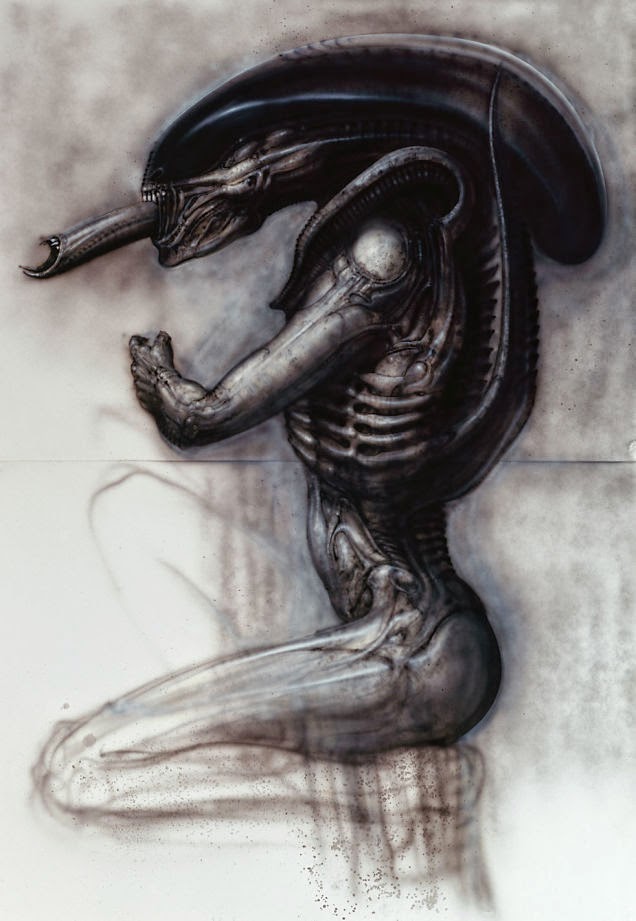 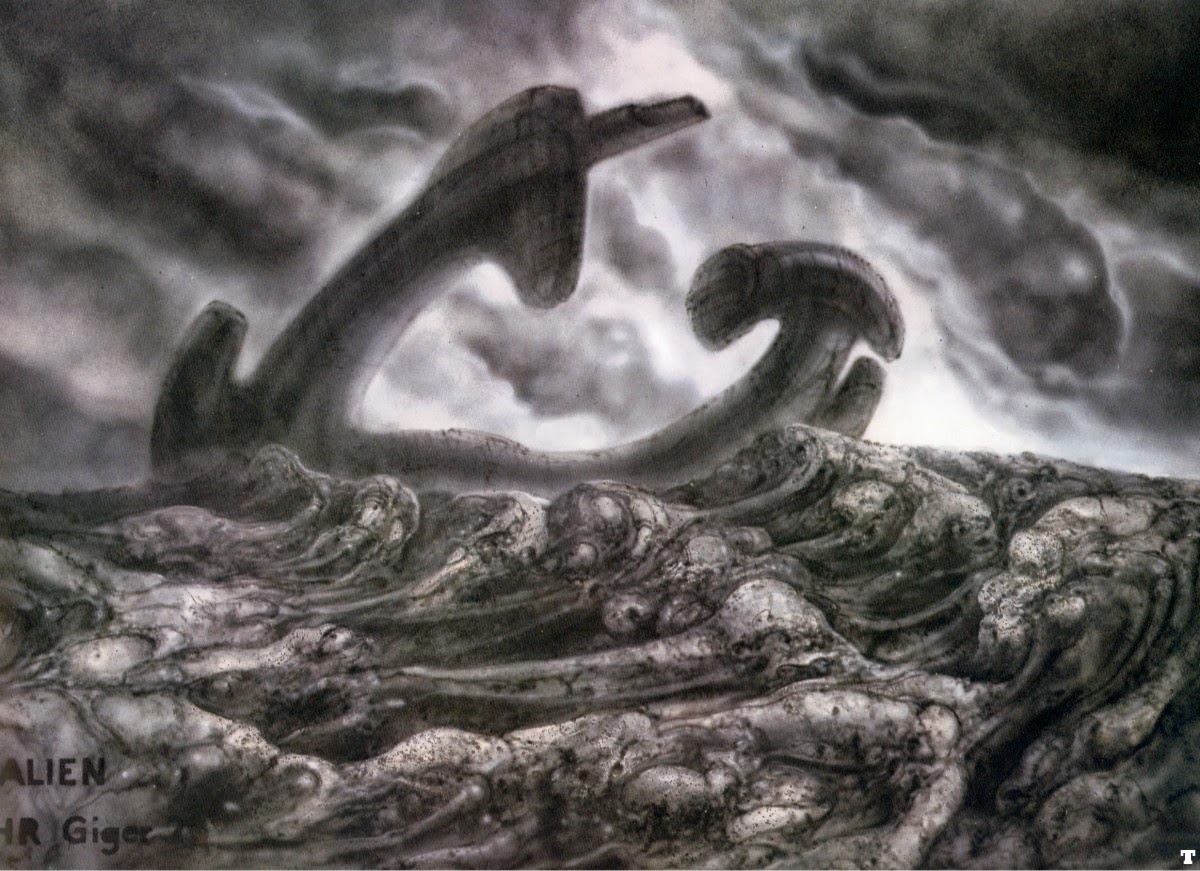 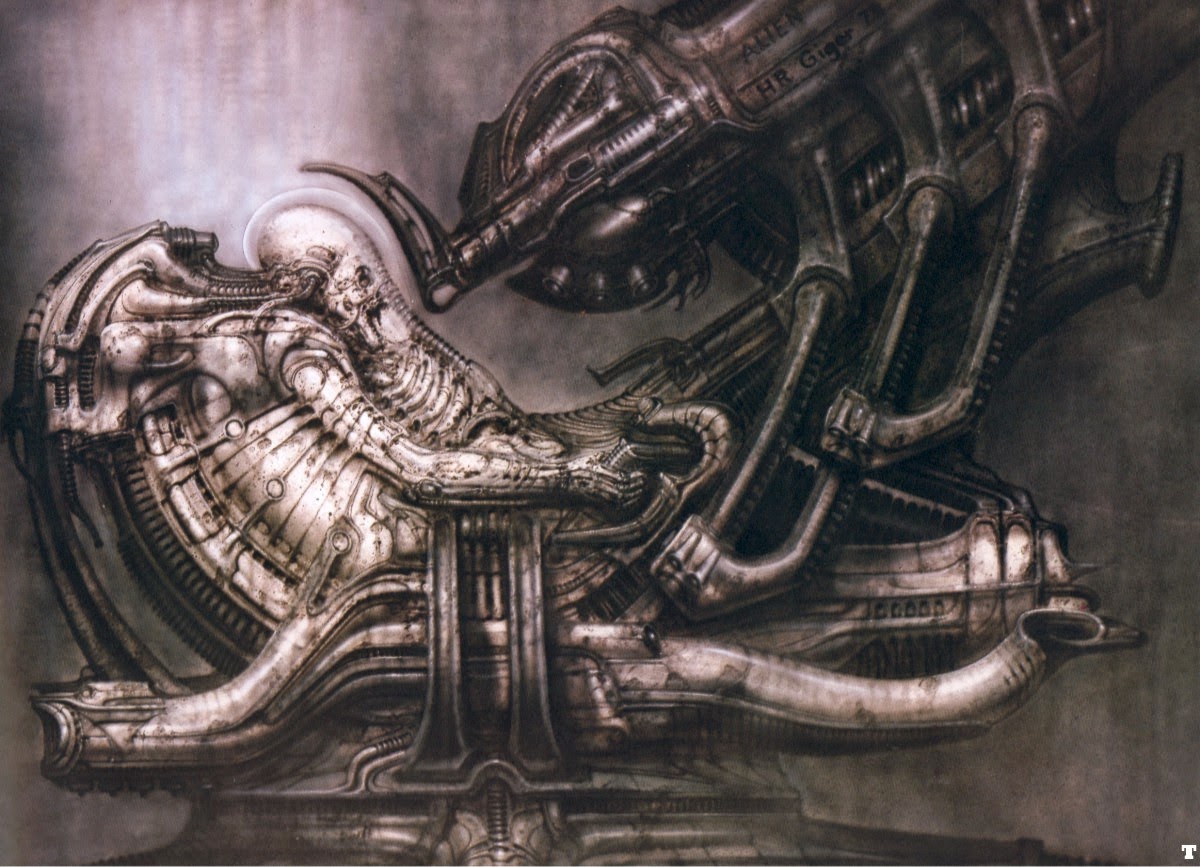 "Biomechanics fused the impossible into a savage logic: metal and flesh, sex and death, hypnotic beauty and violation; its cool, corpse-silver colors pre-empting Scott's industrial-tech aesthetic. The artist's contribution to the film is definitive-he brought the alien to Alien."
- Ian Nathan, from Alien Vault: The Definitive Story of the Making of the Film 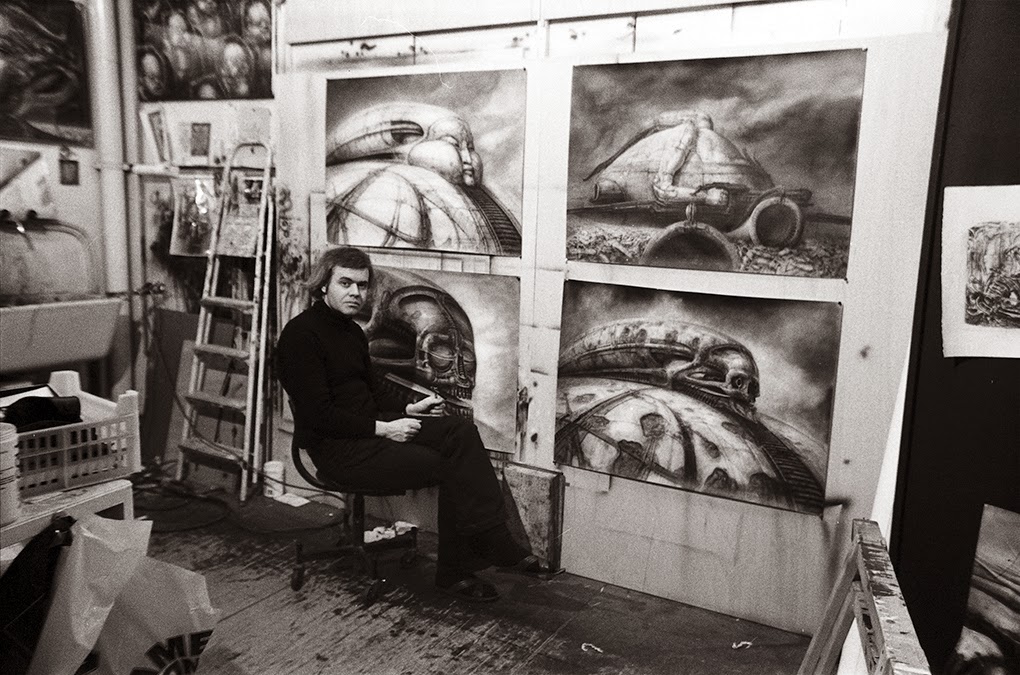 While Giger's style is often emulated today,imitations of his trademark style pale in comparison.  His mesmerizing, nightmarish landscapes remain as his legacy for generations to come.
Posted by Jonathan Brinson at 8:26 PM