The Art of M.C. Escher 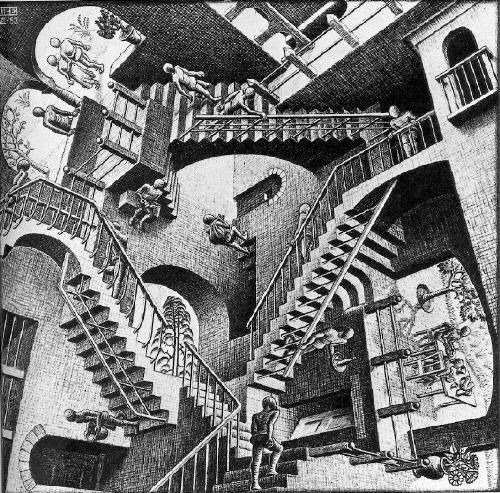 I suppose it was in elementary school that I first encountered the work of  the Dutch artist M.C. Escher.  In middle school, he was one of the few artists I could be bothered with remembering.  I long associated Escher with illusions primarily, as many probably do today.

But Escher was actually a very versatile artist and his collection of works proves to be quite multifaceted.

It is evident that Escher was fascinated with the interplay between light and shadow, perspective, and meticulous geometry.  The majority of his works combine these elements to produce his distinct, typically monochromatic style. 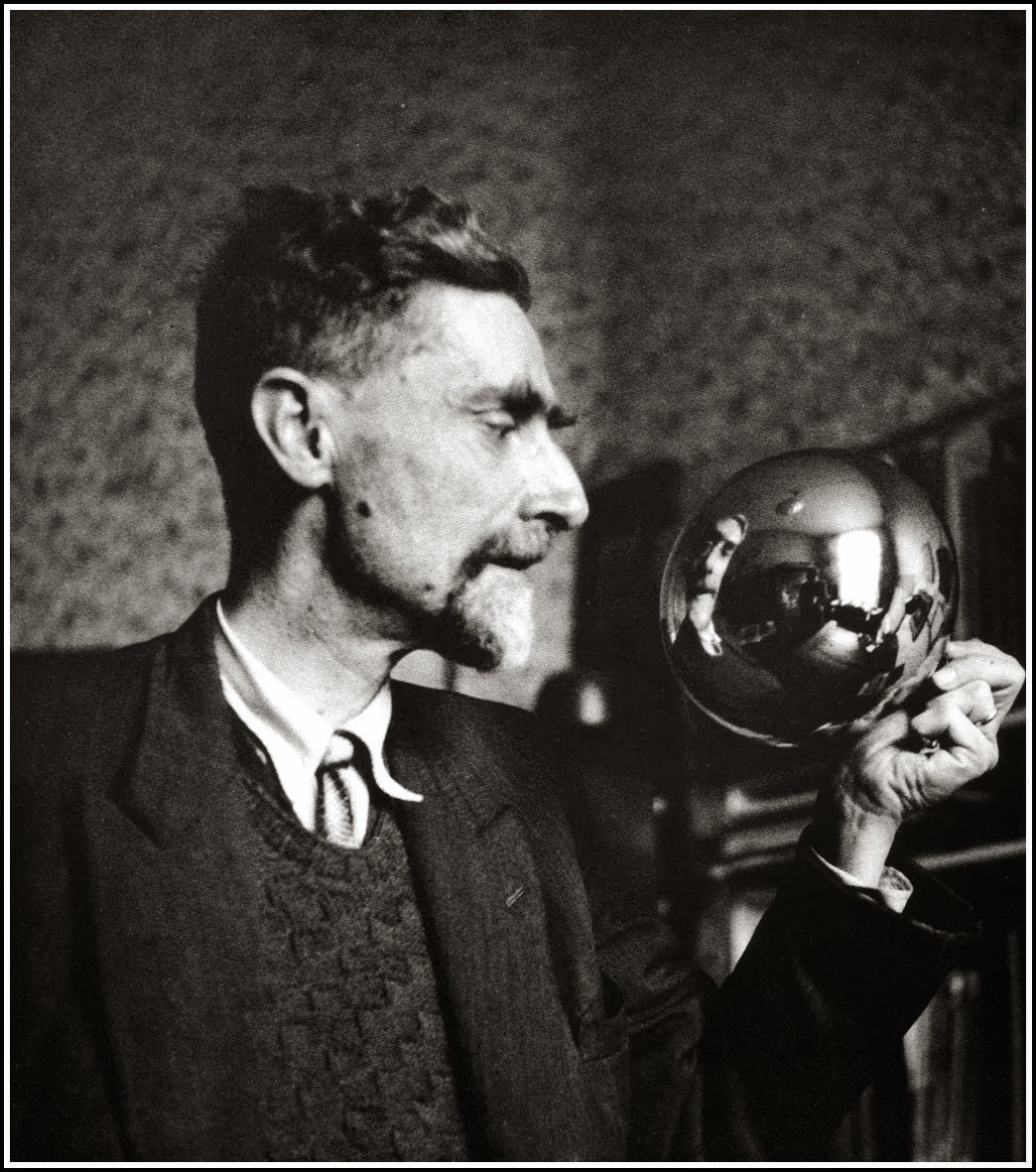 Below are examples of Escher's impossible architecture, for which he is probably best known. 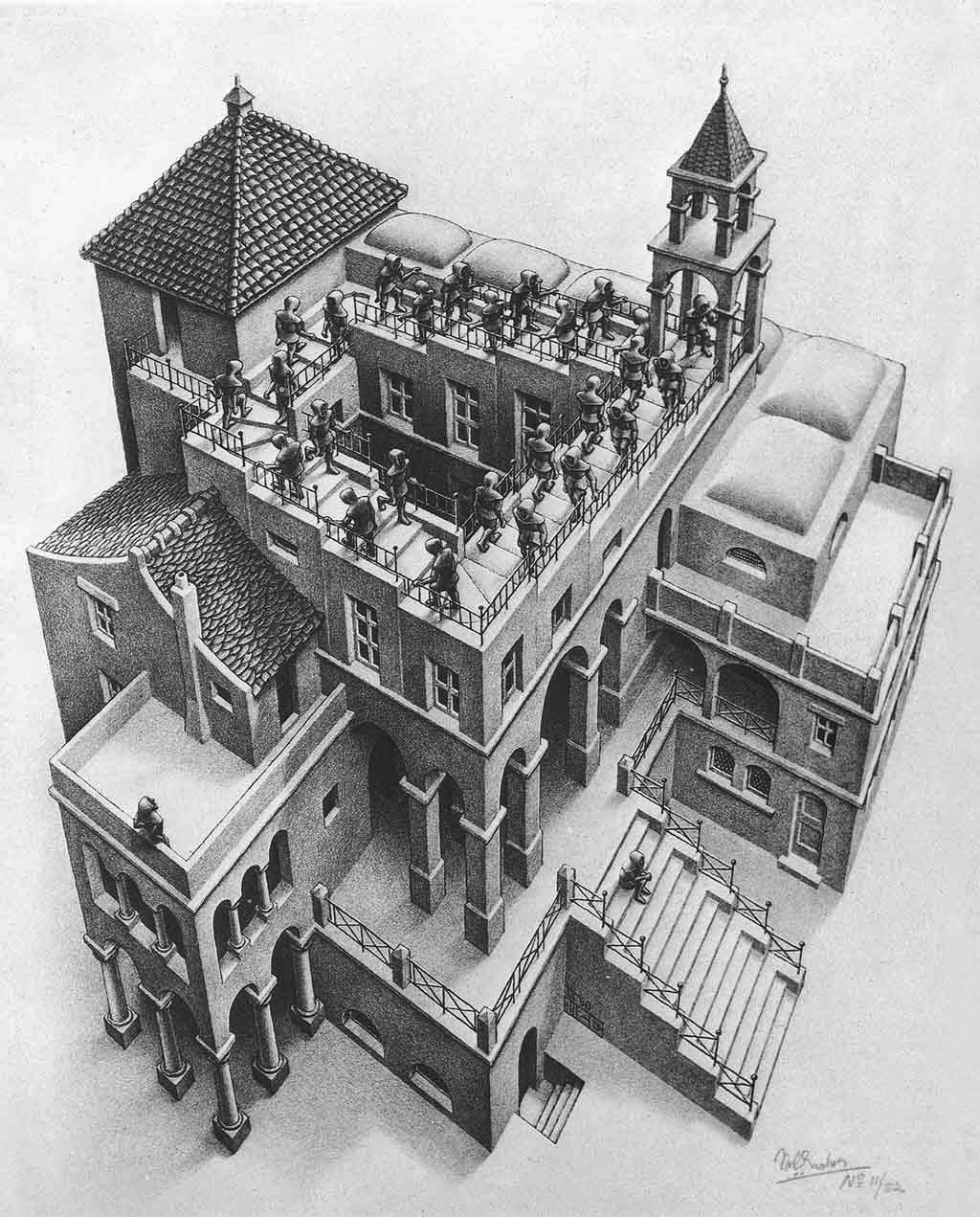 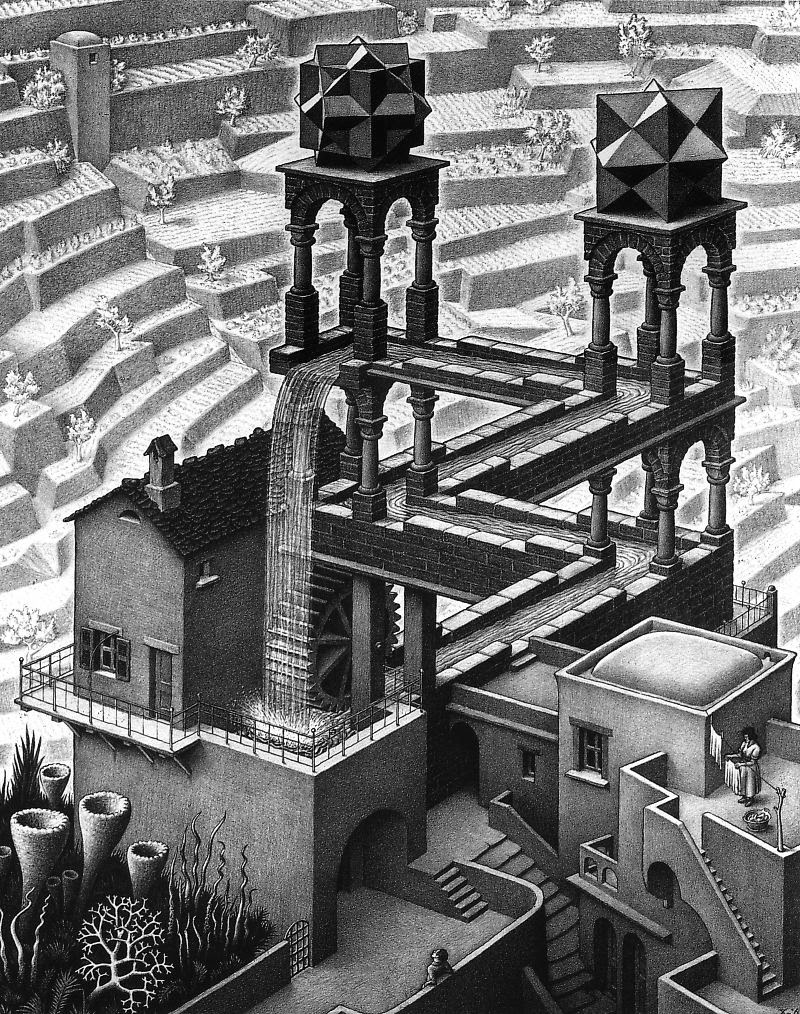 Escher also specialized in mind-bending illusions that seem to blend two-dimensional drawings with the appearance of three-dimensional forms. 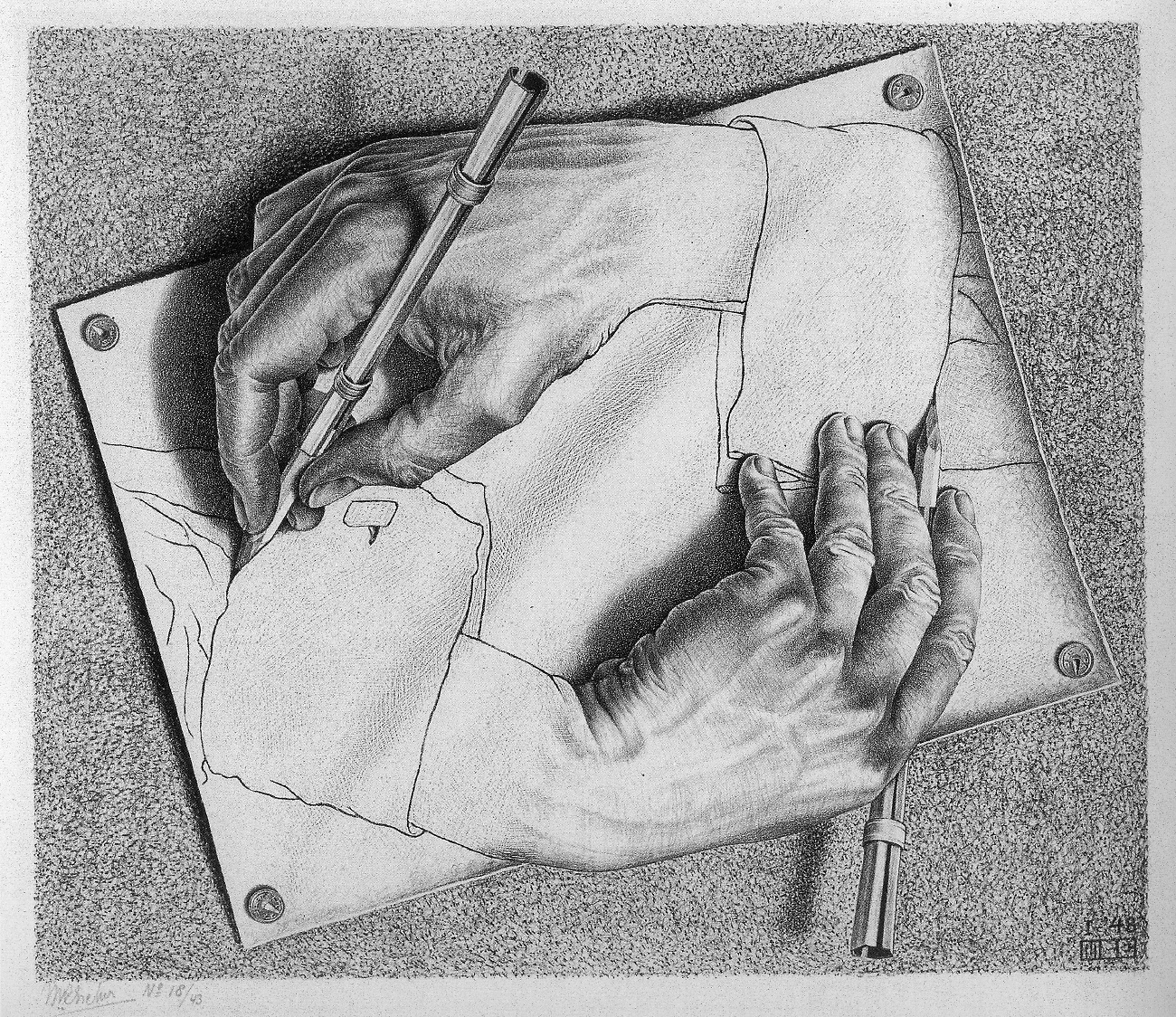 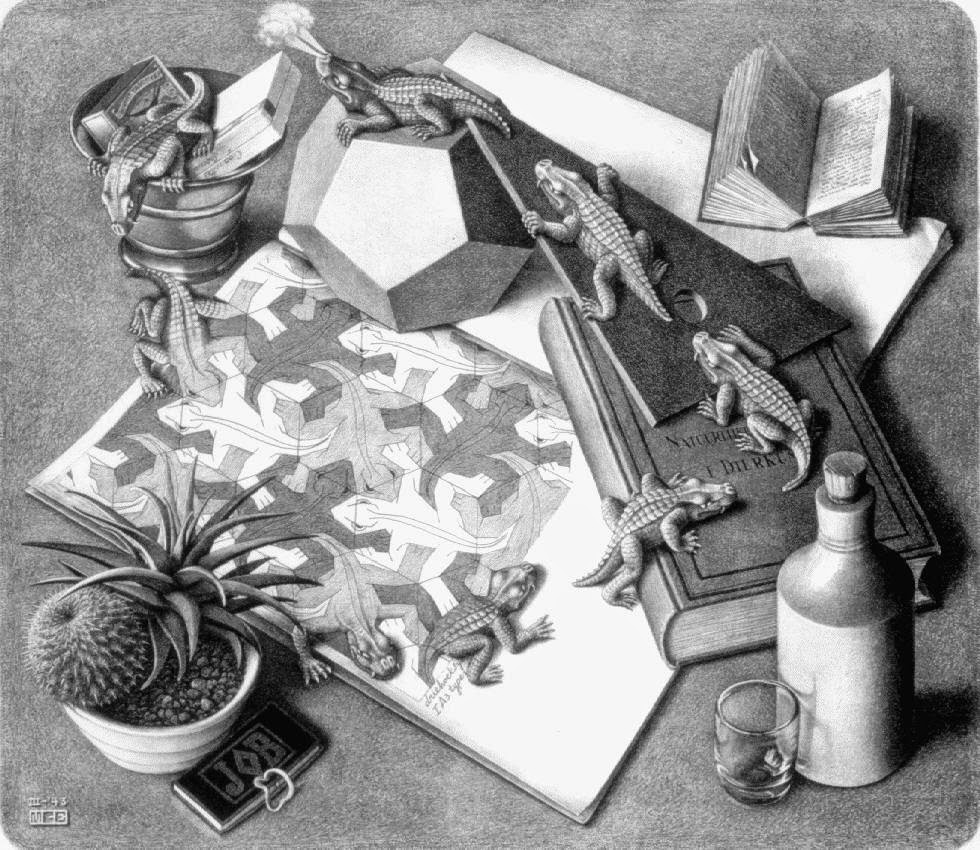 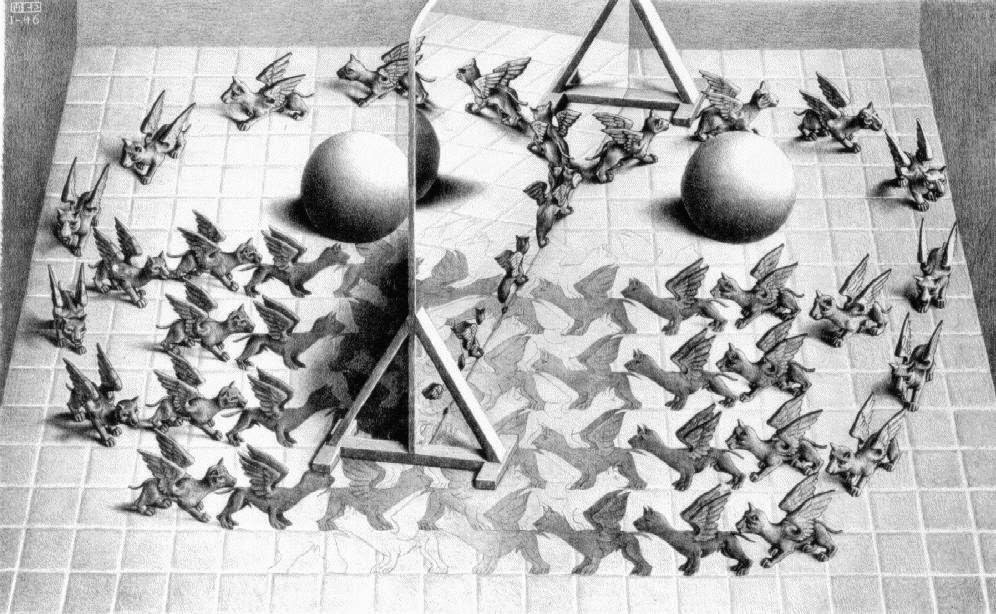 Finally, Escher was also fascinated with tessellations, which usually involved geometric tiles that do not overlap.  In pieces such as these, Escher's artistic prowess combines with precise mathematics to give the viewers of his pieces a glimpse of  apparent infinity. 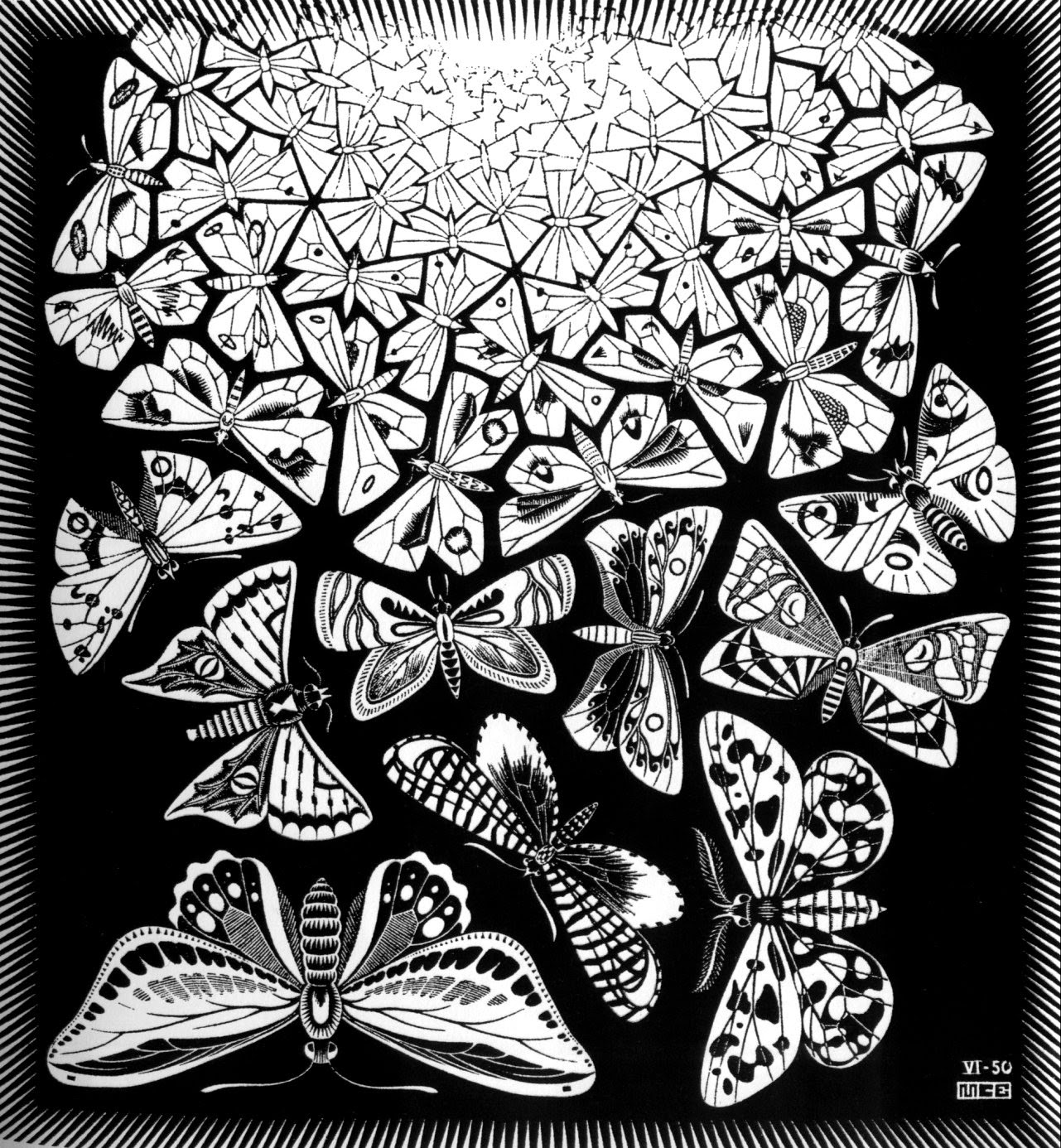 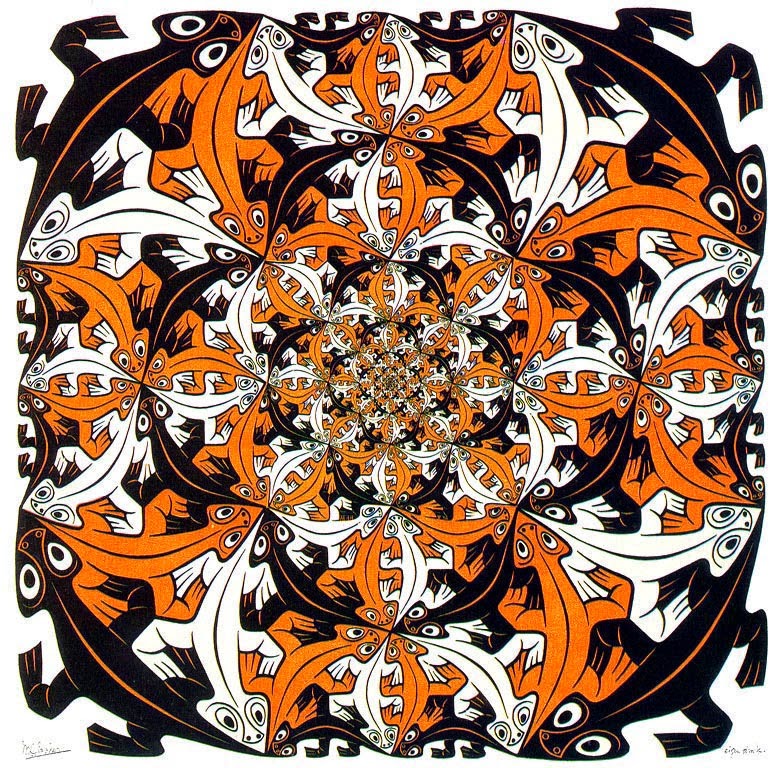 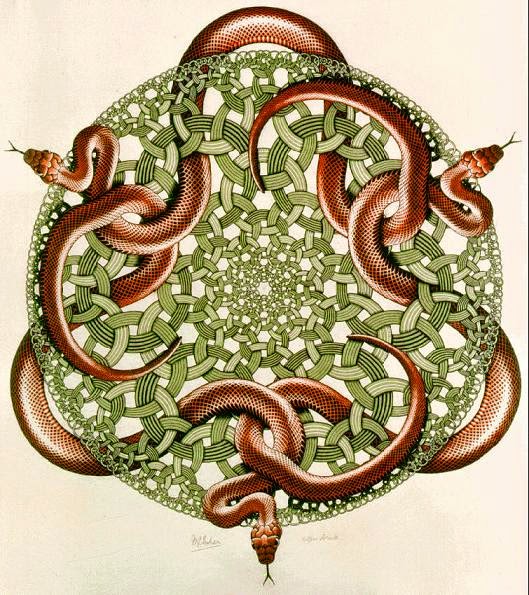 It's no wonder that the works of M.C. Escher continue to mesmerize and amaze even to this day!

Posted by Jonathan Brinson at 10:03 PM