Godzilla Through the Years - Part 6

The 1998 American Film: Lost in Translation? 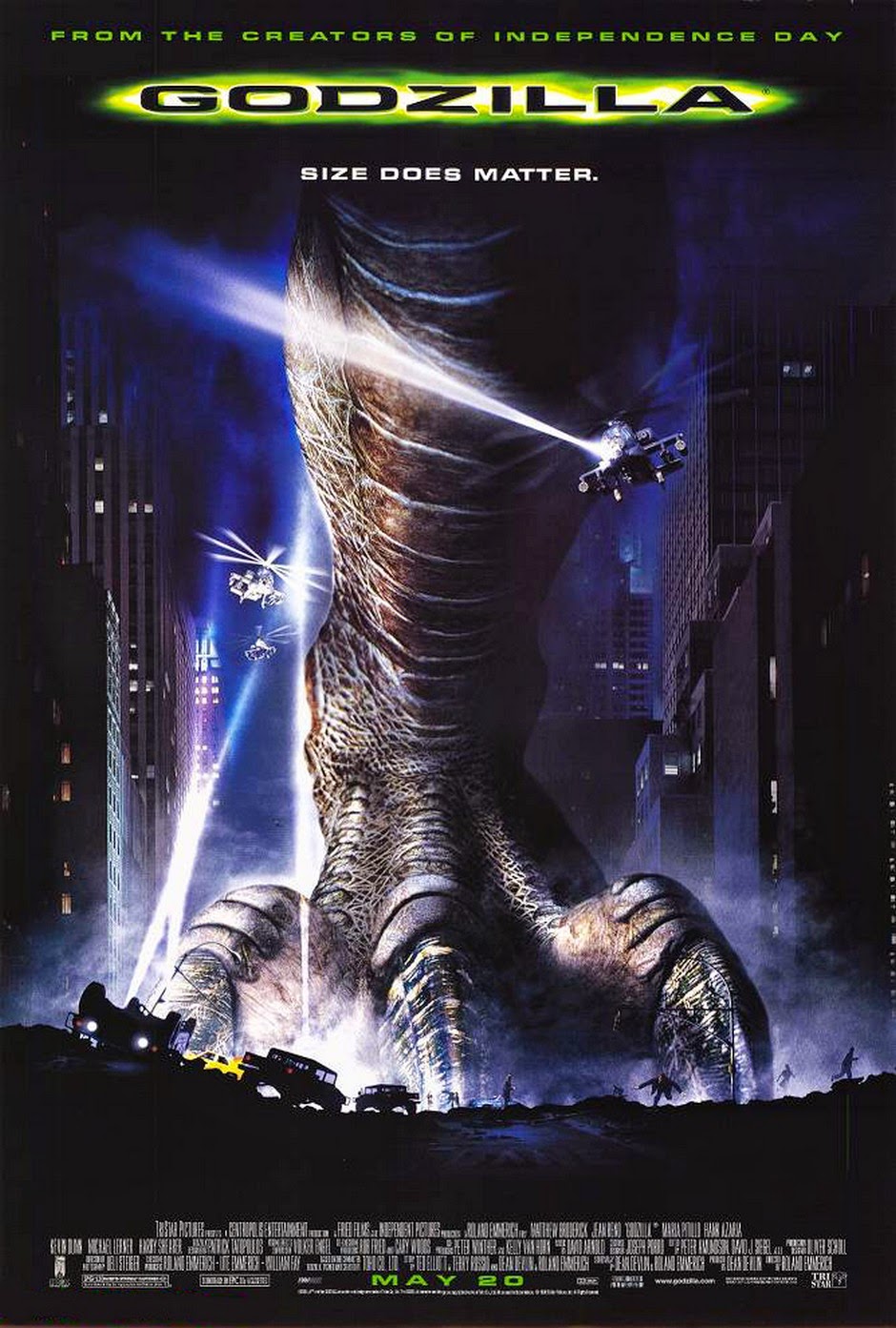 Despite being a Japanese monster by heritage, Godzilla's appeal reaches across international borders.

It was only a matter of time before American filmmakers decided to make their own version of the iconic monster.  Thus, the much maligned 1998 film was conceived.

I'll never forget the barrage of fanfare accompanying the announcement of this movie.  I was in middle school at the time and I was super excited to see Godzilla on the big screen!  Independence Day was one of my favorite movies back then, so I was doubly thrilled to find that the creators of that film were slated to make a new version of the classic monster!  The advertisements leading up to this movie were everywhere, complete with commercial tie-ins galore...  Everyone knew that this movie was coming out, the hype surrounding it was infectiously inescapable!

Fans of the classic movies were devastated to find that the titular monster, another giant lizard born from an atomic disaster, was only "Godzilla" by name.  Aside from the name (and the borrowing of the classic roar) the creature found in this film is decidedly not Godzilla! 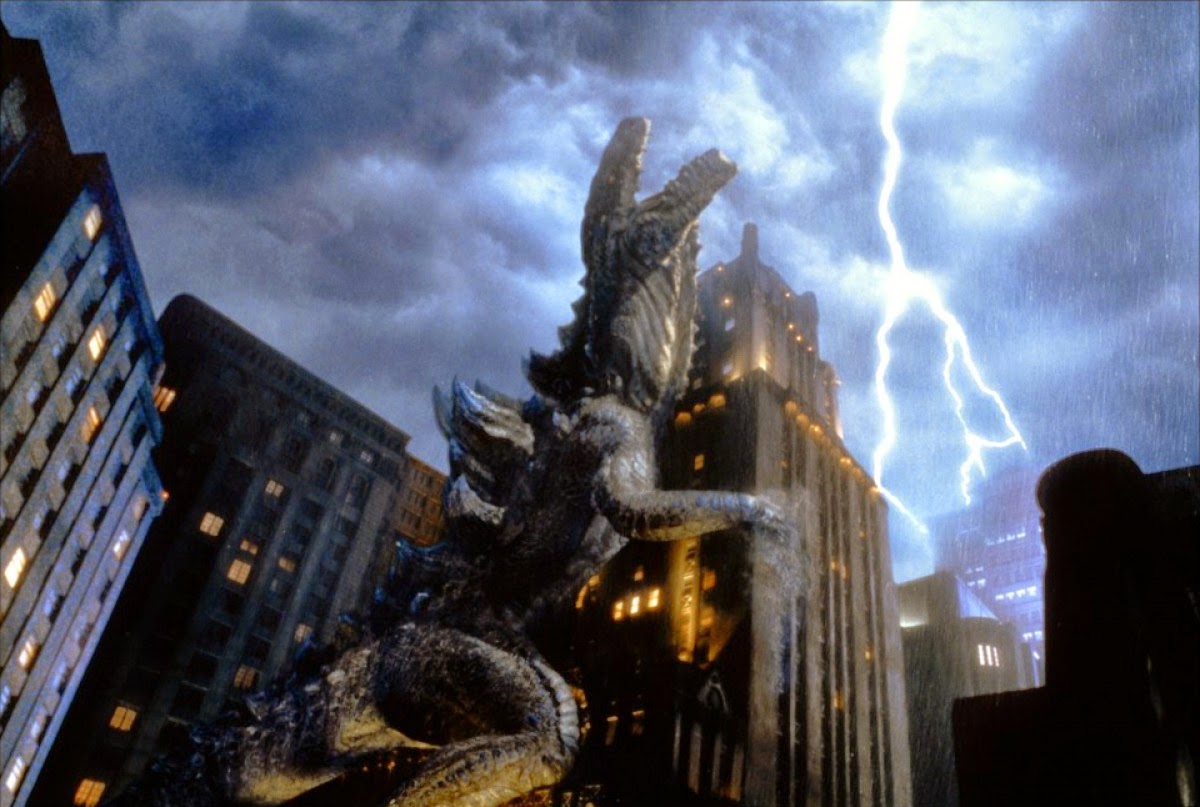 In my opinion, the 1998 American Godzilla movie is not necessarily the abomination of a movie that everyone makes it out to be.  Yes, it's not a great movie, but it is an enjoyable, fun movie for what it is.  Having said that, the that fact that this movie bears the name "Godzilla" is problematic.

I think many of us fans would not have such an issue with this movie if it were branded as a remake of "Beast from 20,000 Fathoms" instead of"Godzilla"...  It has much more in common with the former rather than the latter.  I actually like the design of the monster in this movie.  Looking like a weird cross between a giant iguana and a tyrannosaurs, I can see what the filmmakers were going for...  a more "believable" creature...  But again, the movie is called "Godzilla" and they seem to have forgotten that.

The monster in the 1998 movie bore little resemblance to Godzilla not only in appearance, but, more importantly, in spirit and in essence...

Everything that made the classic movies so unique and original was discarded in favor of over-the-top visual gags and moments of CGI spectacle.

The original Toho creation, despite its many different incarnations had always maintained a sort of menacing majesty, an unstoppable "force of nature" that rightfully earned the monster its title: "King of the Monsters".  However, the American monster comes off as a more of nuisance, skittering about like an overgrown pest. 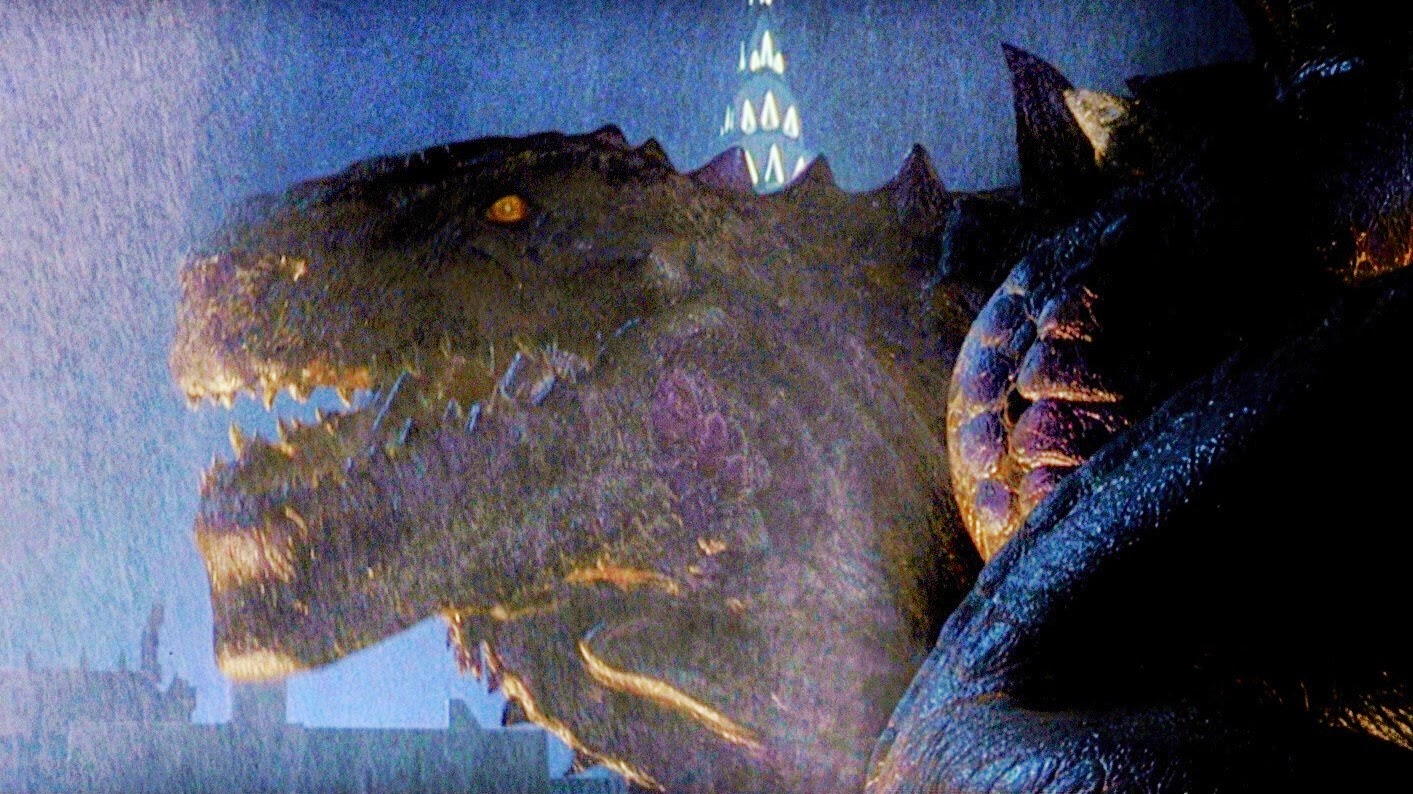 The anti-nuclear message that made the original film so poignant and elevated it to being something more than just another "monster on the rampage" movie was all but absent, only alluded to with an image of a mushroom cloud in the opening title sequence.

One Japanese critic of the film summed up the problem nicely, saying that, "The Americans, they took the 'god' out of Godzilla!"

The creators of the American version seemed to not care to pay any kind of respect or homage to the Godzilla legacy in any form or fashion. Its as if they were seeking merely to cash in on the name recognition, like countless remakes that Hollywood continues to churn out to this today.  This is why the movie receives so much hate from fans of the original Japanese films.

Interestingly enough, Toho owns the rights to the monster found in this film (called "Zilla" by the Japanese) and have actually used the character in at least one Japanese Godzilla film, Godzilla:  Final Wars.  When Zilla encounters the "real" Godzilla in Final Wars, the battle is over before it even begins as Zilla finds himself hopelessly outmatched.  One can't help but think that this scene serves as a fitting commentary on the American "Godzilla".


As another American remake looms on the horizon, fans like myself are holding their breath and crossing their fingers hoping to see a more fitting incarnation, worthy of the name...