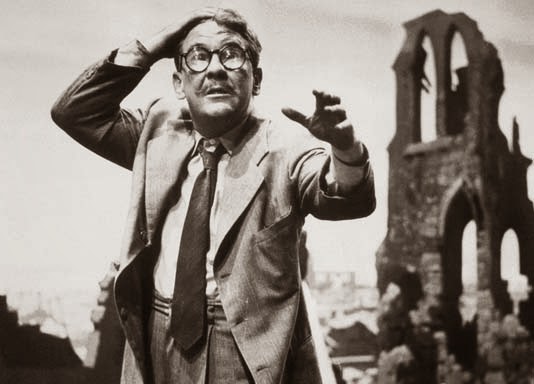 “There is a fifth dimension beyond that which is known to man.  It is a dimension as vast as space and as timeless as infinity. It is the middle ground between light and shadow, between science and superstition, and it lies between the pit of man's fears and the summit of his knowledge. This is the dimension of imagination.  It is an area which we call...  The Twilight Zone”

From 1959-1964, Rod Serling greeted audiences with an foreboding voice-over that served as an introduction to the science-fiction/fantasy anthology series.  The Twilight Zone was and is notable for its high-concept, quality storytelling that tackled a variety of social issues, taboos, and human psychology.

To many, the first season's "Time Enough At Last" is one of the quintessential episodes of The Twilight Zone.  It's certainly one of my personal favorites.  This episode seems to encapsulate almost everything that made this classic television series so great.

Written by Serling himself, the episode tells the story of Henry Beamis, a timid bank teller who just wants to be left alone to read.  A devastating, literally world-changing twist of fate grants his wish, but even more tragedy is not far behind in what is perhaps the most ironic of endings.

Posted by Jonathan Brinson at 8:35 PM