In Memory of John Hurt 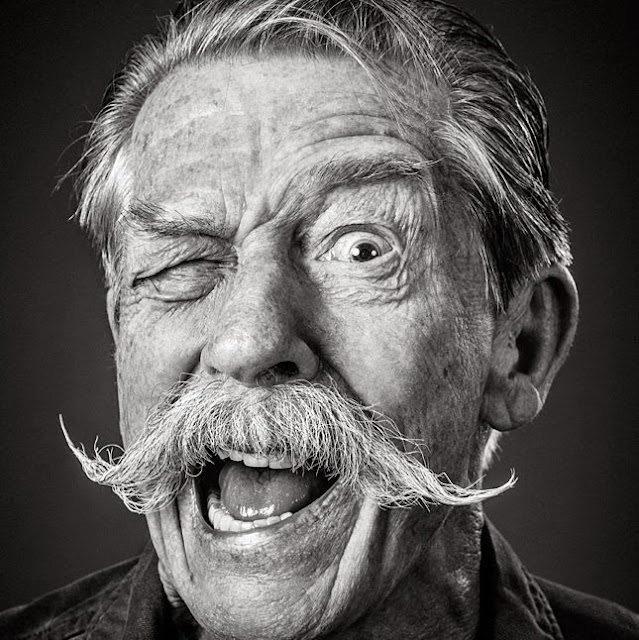 Sadly, actor Sir John Hurt passed away yesterday...  Hurt was a part of so many movie and television projects, but the roles I will always remember him for include his performances in Alien, Jim Henson's The Storyteller, Hellboy, and Doctor Who.

Hurt holds the distinction of being the first victim of the Xenomorph in the Alien film series.  The way I understand it, Hurt was one of the few cast members who knew what was going to happen during the original movie's most shocking scene - the emergence of the chestburster.  While the other actors were visibly traumatized by the creature's bloody reveal (famously kept under wraps by director Ridley Scott, who hoped to catch genuine onscreen reactions), I can't help but imagine the fun Hurt had being in on the "joke".  Reportedly, Hurt didn't have the best experience working on this movie, but I'd like to think that he enjoyed that moment.


Regardless, he was willing to spoof himself in Mel Brooks' Spaceballs! 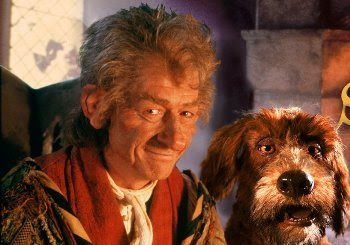 As the eponymous Storyteller in Jim Henson's unfairly short-lived television series, Hurt did an excellent job embodying the whimsy of the show's first season.  If you haven't watched The Storyteller before, I definitely recommend it, if for no other reason than to appreciate Hurt's quirky narration over the retellings of lesser-known (sometimes funny, sometimes disturbing) European fairy tales. 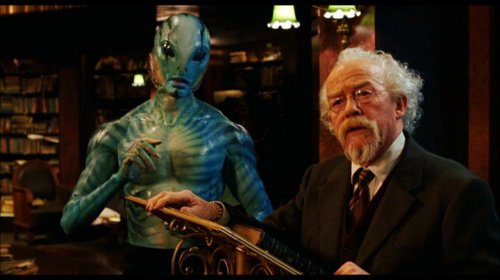 Hurt brought a great deal of understated dignity and gut-wrenching emotion to a movie about a kitten-loving demon who beats the crap out of tentacled monsters.  Personally, I love Guillermo del Toro's Hellboy film, but I can't imagine the reaction Hurt must have had to del Toro's pitch for the movie.  Perhaps he shared in the misgivings of the studio execs that cringed at the project only to be won over by del Toro's infectious enthusiasm, or - more likely - Hurt saw the potential for Hellboy.  Either way, Hurt delivered a great performance and proved - as he had throughout his career - that even as an award-winning, highly respected actor he wasn't afraid to take on a role in the often maligned Science Fiction/Fantasy genres. 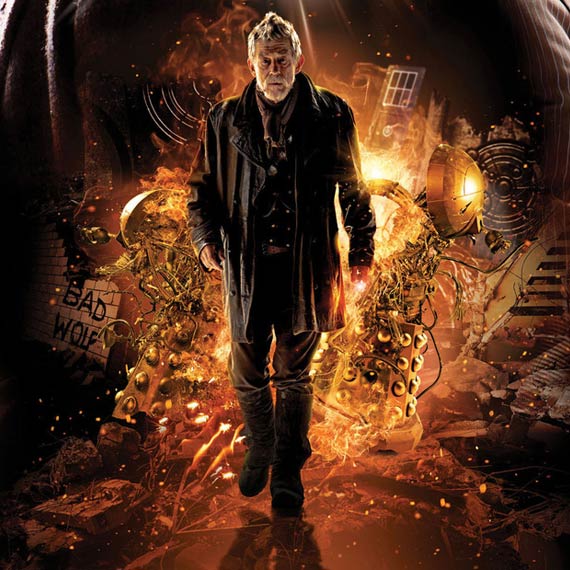 Hurt's work on Doctor Who was limited to just one television special, but he brought his usual gravitas and dedication to his craft to the role of the War Doctor.  Apparently, Hurt accepted the role as the "forgotten" incarnation of the Doctor immediately, honored to be a part of the shows legacy.  Hurt delivered a nuanced performance as an uncharacteristically (but appropriate within the context of the story) cynical and hardened version of the beloved Doctor.

While we are certainly saddened by Hurt's passing, it's comforting to know that we have a great body of his work to look back on that ensures his legacy will long endure.

Email ThisBlogThis!Share to TwitterShare to FacebookShare to Pinterest
Labels: Alien, Doctor Who, Fantasy, Hellboy, In Memory, Science Fiction, The Storyteller