Godzilla Through the Years - Part 4 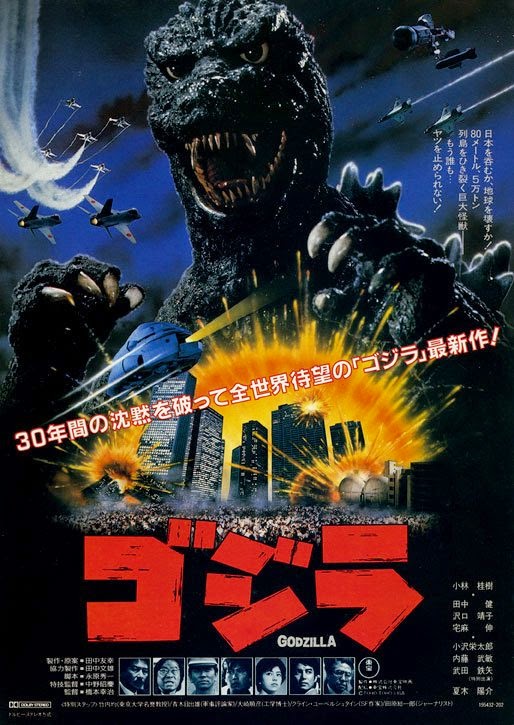 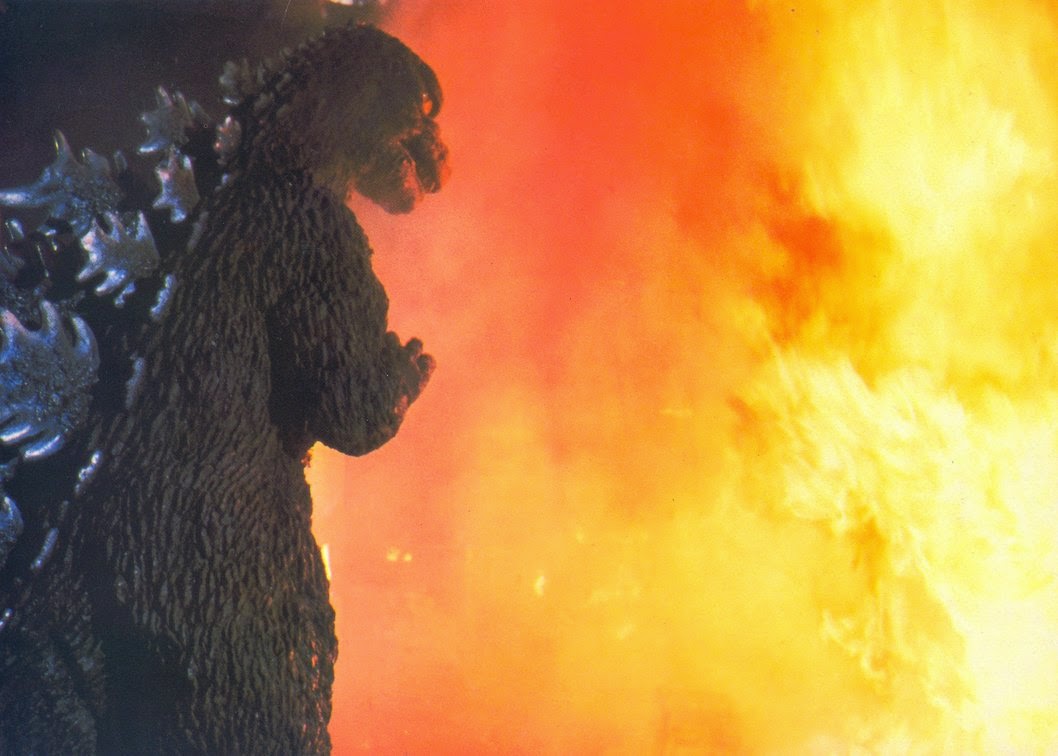 The plot of the movie reflects the paranoid strains between the superpower nations at the time.  When it is discovered that Godzilla has returned, Japan imposes a media blackout, hoping to avoid worldwide panic.  But when Godzilla destroys a Russian submarine, the secret is soon exposed and Cold War tensions further escalate.  Godzilla then attacks a nuclear reactor, absorbing its energy and becoming more powerful.  The monster once again heads toward Tokyo to wreak havoc. 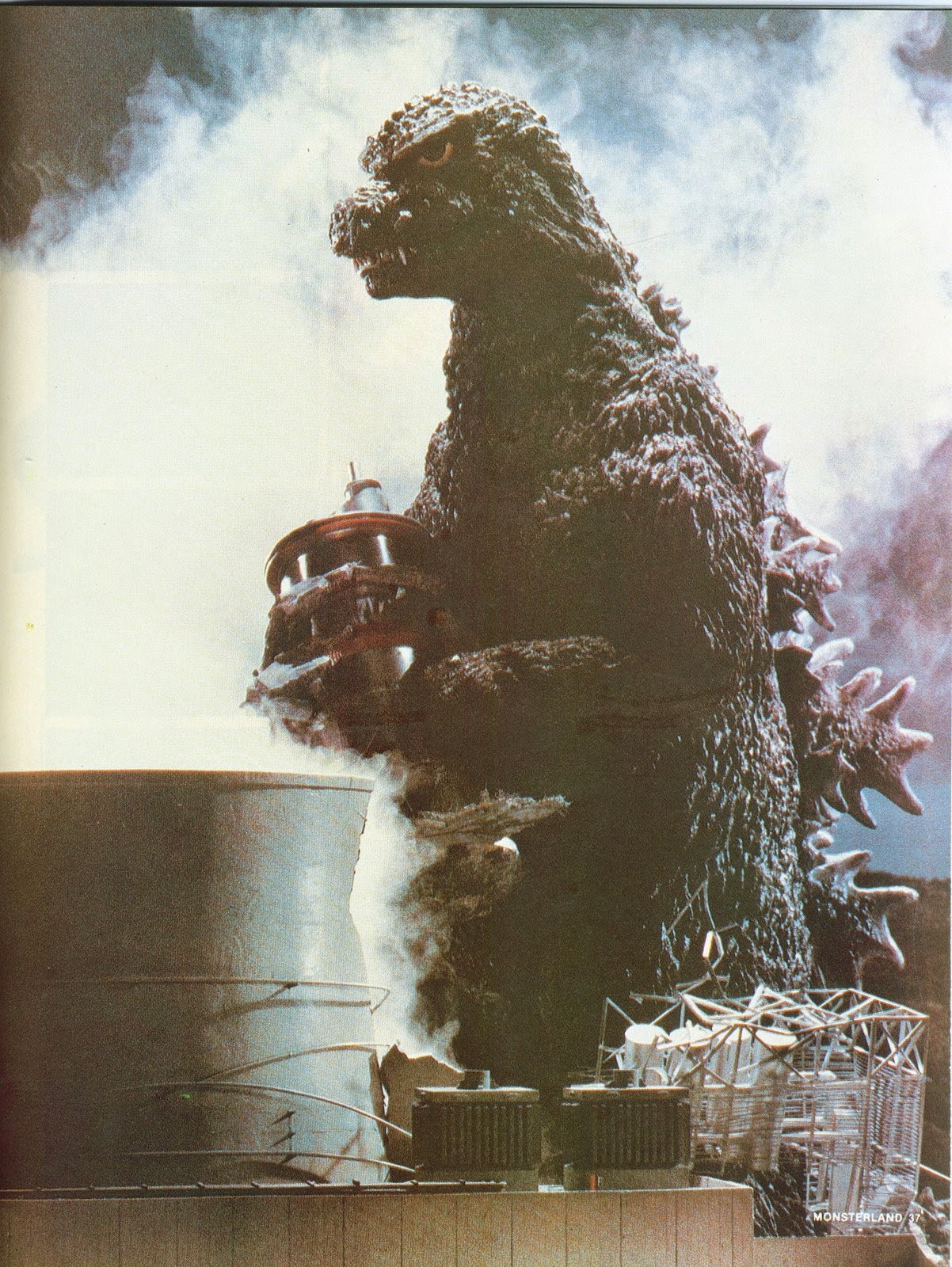 In the midst of Godzilla's attack, the Russians launch a nuclear missile at Tokyo, hoping to eliminate the monster's threat.  This prompts the United States to fire a counter-missile strike to destroy the Russian bomb.  Meanwhile, the Japanese unveil an experimental anti-Godzilla weapon, the Super-X to thwart Godzilla.  The Super-X's assault nearly destroys Godzilla, but just as it seems the monster is taking his last breath, the Russian missile detonates and Godzilla is revived by the radiation. 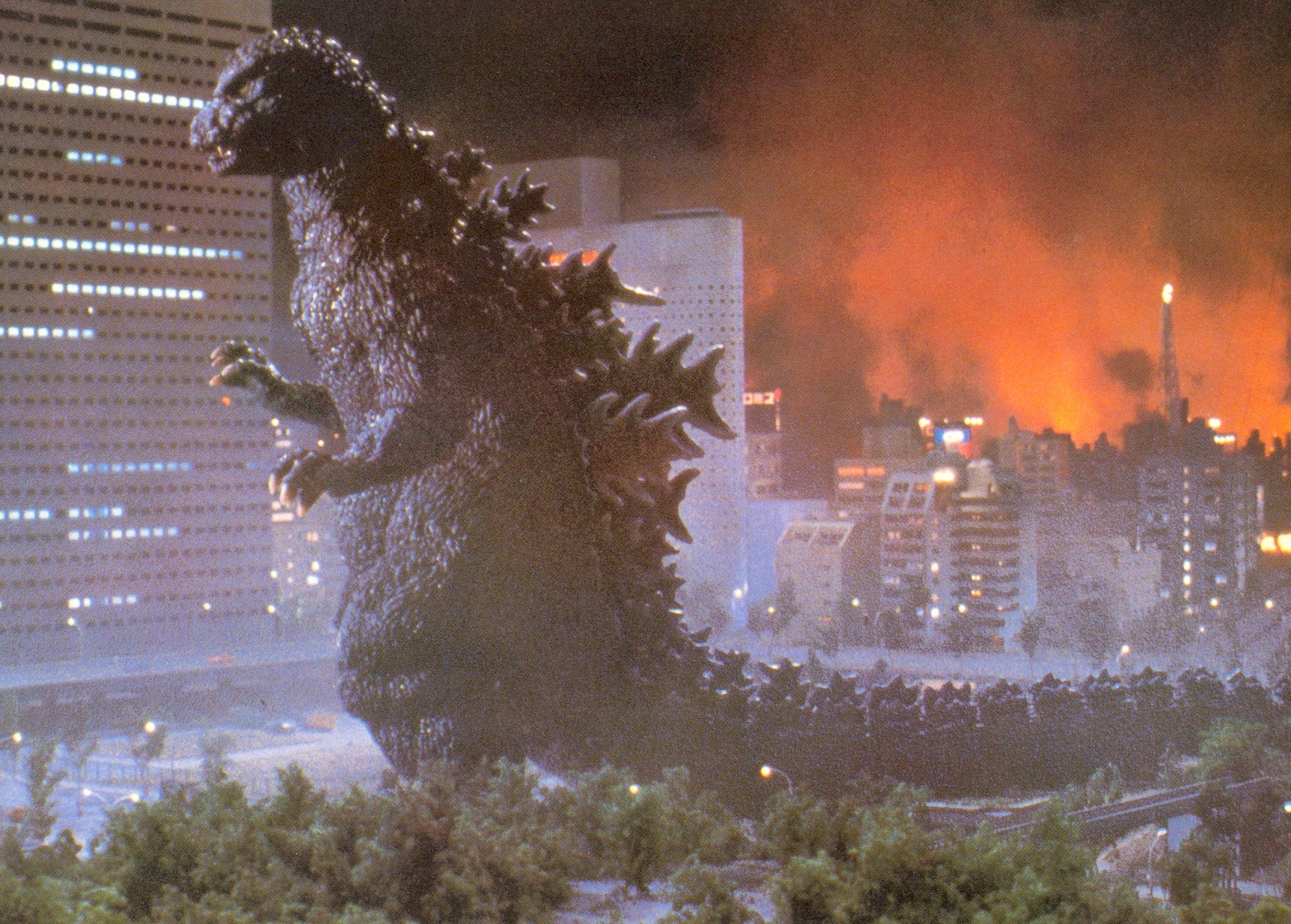 Godzilla then makes short work of the Super-X and continues his rampage.  In the meantime, scientists discover that  they are able to lure Godzilla using bird calls (this is explained by Godzilla's dinosaur heritage).  Using this information Godzilla is tricked into falling into the mouth of an active volcano.  While Godzilla cannot be destroyed, the creature is subdued for the time, falling into a sort of suspended animation until he returns once again...

For the American release of the film (called Godzilla 1985), Raymond Burr returned to reprise the role of reporter Steve Martin from Godzilla, King of the Monsters.  Mr. Martin serves as a consultant to the pentagon through the course of the film and offers some poignant commentary on the destructive nature of the titular monster.  Once more, Godzilla is referred to as a force of an unstoppable force of nature.  Martin says the following in a haunting voice-over as Godzilla is seen falling into the maw of the volcano:


"Nature has a way sometimes of reminding Man of just how small he is. She occasionally throws up terrible offspring's of our pride and carelessness to remind us of how puny we really are in the face of a tornado, an earthquake... or a Godzilla. The reckless ambitions of Man are often dwarfed by their dangerous consequences. For now, Godzilla - that strangely innocent and tragic monster - has gone to earth. Whether he returns or not, or is never again seen by human eyes, the things he has taught us remain..." 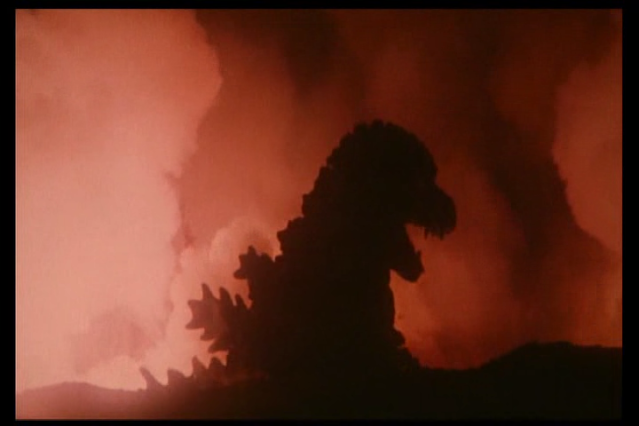 Toho had tried for several years prior to begin production on a new film to rejuvenate the franchise, but failed each time.  With some re-releases of films from the original series in Japanese theaters receiving interest, the studio decided the time was right to once more unleash the atomic beast.  Unfortunately, in the years since the last Godzilla production, the filmmakers had to almost completely re-learn how to make giant monster films!  From suitimation to miniature making, the filmmakers had a daunting task ahead of them.

They began by redesigning Godzilla.  Godzilla once again became a malevolent atomic monster bent on humanity's destruction and so his design was changed to fit this role.  The new suit incorporated vampire-like fangs and a menacing brow.  The scale of Godzilla had to be changed for the first time.  Godzilla's original size was about 50 meters in the original film.  This would prove to be much to small relative to Japan's new skyscrapers, which would have made the monster seem puny by comparison, so Godzilla's size was upped to about 80 meters. 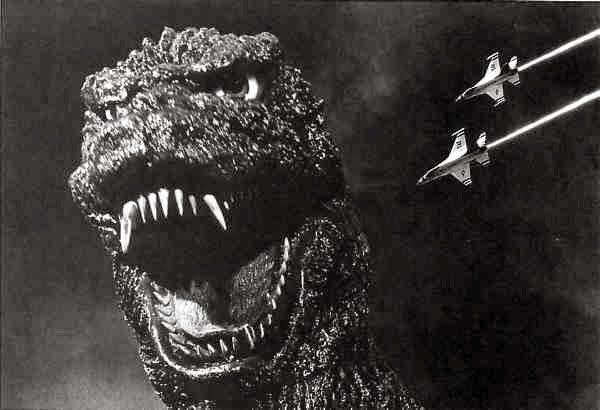 A new suit was made for this film, weighing nearly 250 lbs in weight.  The updated suit featured an electronically controlled face which moving eyes and jaws, creating the most expressive onscreen Godzilla seen up to this point.  However, as was often the case, the suit posed many problems, especially for the actor inside.  Kenpachiro Satsuma, who portrayed Godzilla for this film, stated that on several occasions, he actually feared for his life.  The top-heavy suit was difficult to balance and Satsuma was in particular danger in the water scenes in which drowning was a real possibility.

The suit was not the only special effect wizardry that served to bring Godzilla to life.  A 20 foot tall robotic Godzilla was also constructed, along with an amazing 60 foot long model of Godzilla's foot. 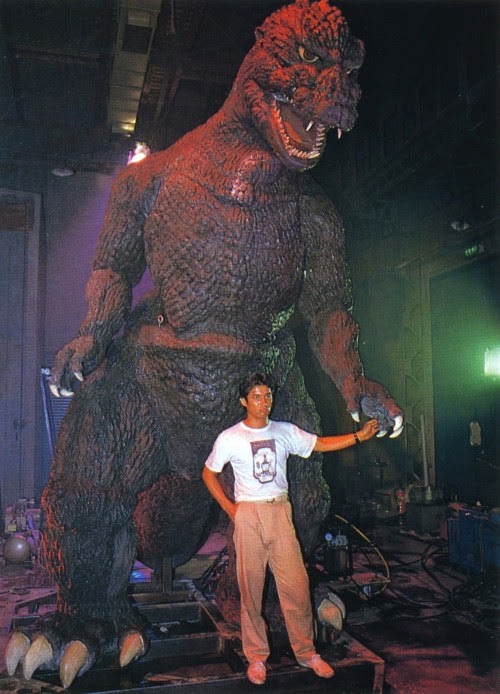 The Return of Godzilla reestablished the Godzilla brand as an international success.  This movie marked the beginning of what was to be called the "Heisei" series...