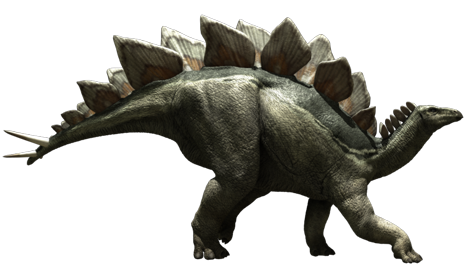 Did you know that the "business end" of a Stegosaurus' tail had a name?  Apparently, the part of the tail adorned with the rows of sharp spikes (thought to be used as a means of defense against potential prehistoric predators) is called the thagomizer.

It turns out that the term owes its origin to an old Far Side comic by the cartoonist Gary Larson. 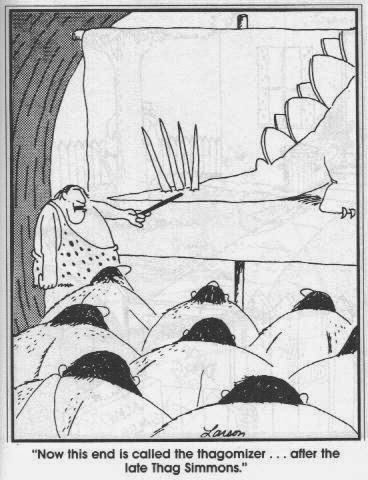 I suppose this could be considered one of those situations in which life imitates art...
Posted by Jonathan Brinson at 12:44 PM