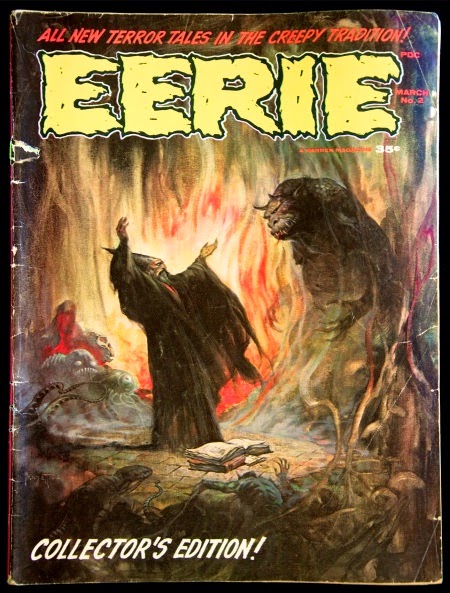 EC Comics met its untimely demise thanks to the creation of the Comics Code Authority...  But horror comics were resurrected in the the late 60's in the form of the comic magazines. To escape the curse of the Comics Code Authority, Warren Publishing printed in the magazine format.  The magazines Creepy and Eerie gave readers illustrated tales of terror in black and white on a bimonthly basis.  Featuring a roster established artists of EC fame along with budding new talent, the comics remain highly influential to this day.

Warren Publishing was a something of a spiritual successor to the EC legacy in many ways.  Like the EC Comics, each story was introduced by a "host" who usually made wise-cracking commentary on the plot using puns and dark humor.  Creepy stories were introduced Uncle Creepy while Eerie's hosting duties fell to Cousin Eerie.

The quality of the comics began to wane in the later years as the original creative team left and editors came and went on a regular basis.  The magazines began to rely on reprints of the early stories to stay afloat until they finally ceased publication in the early 80's. 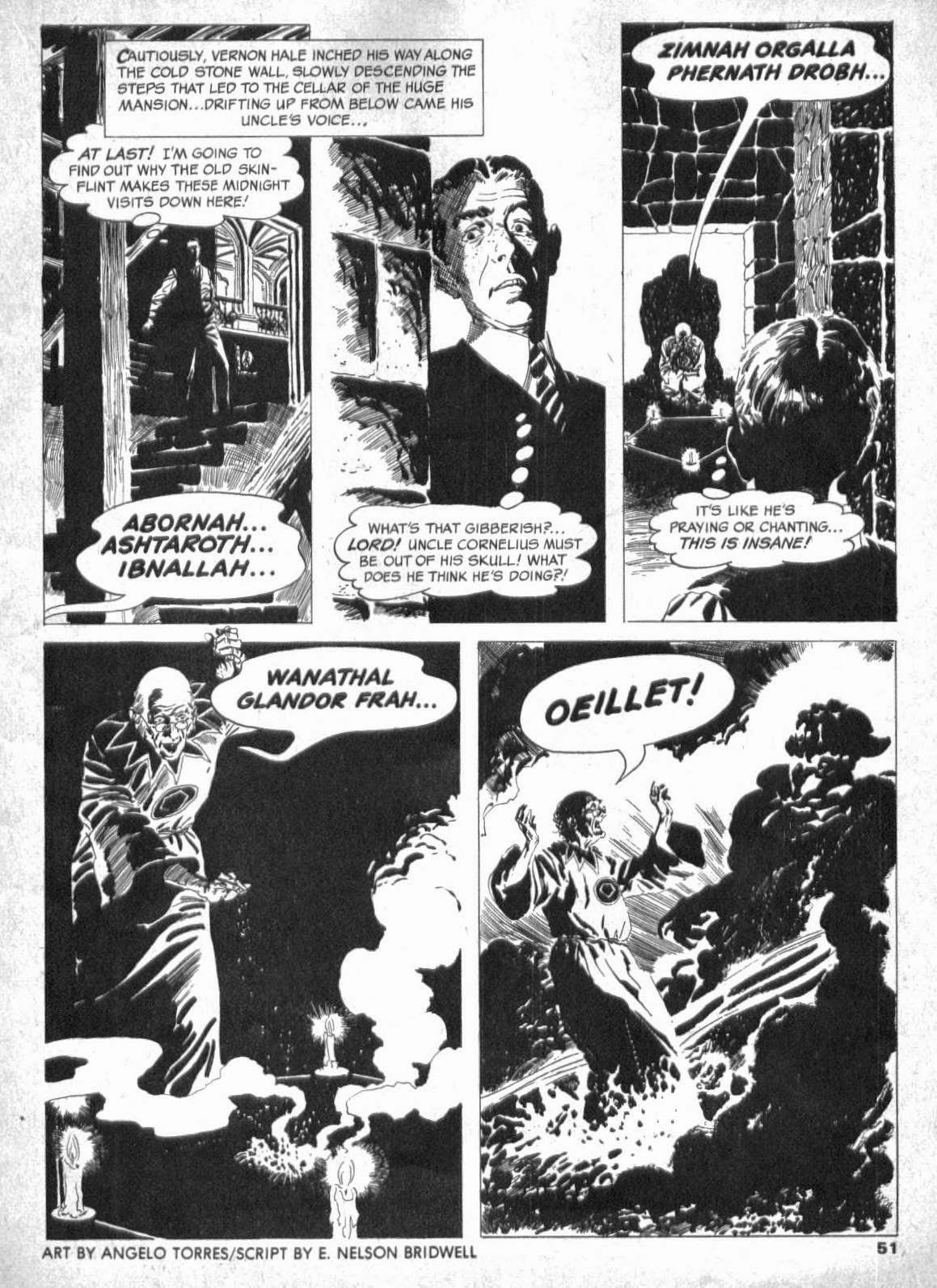 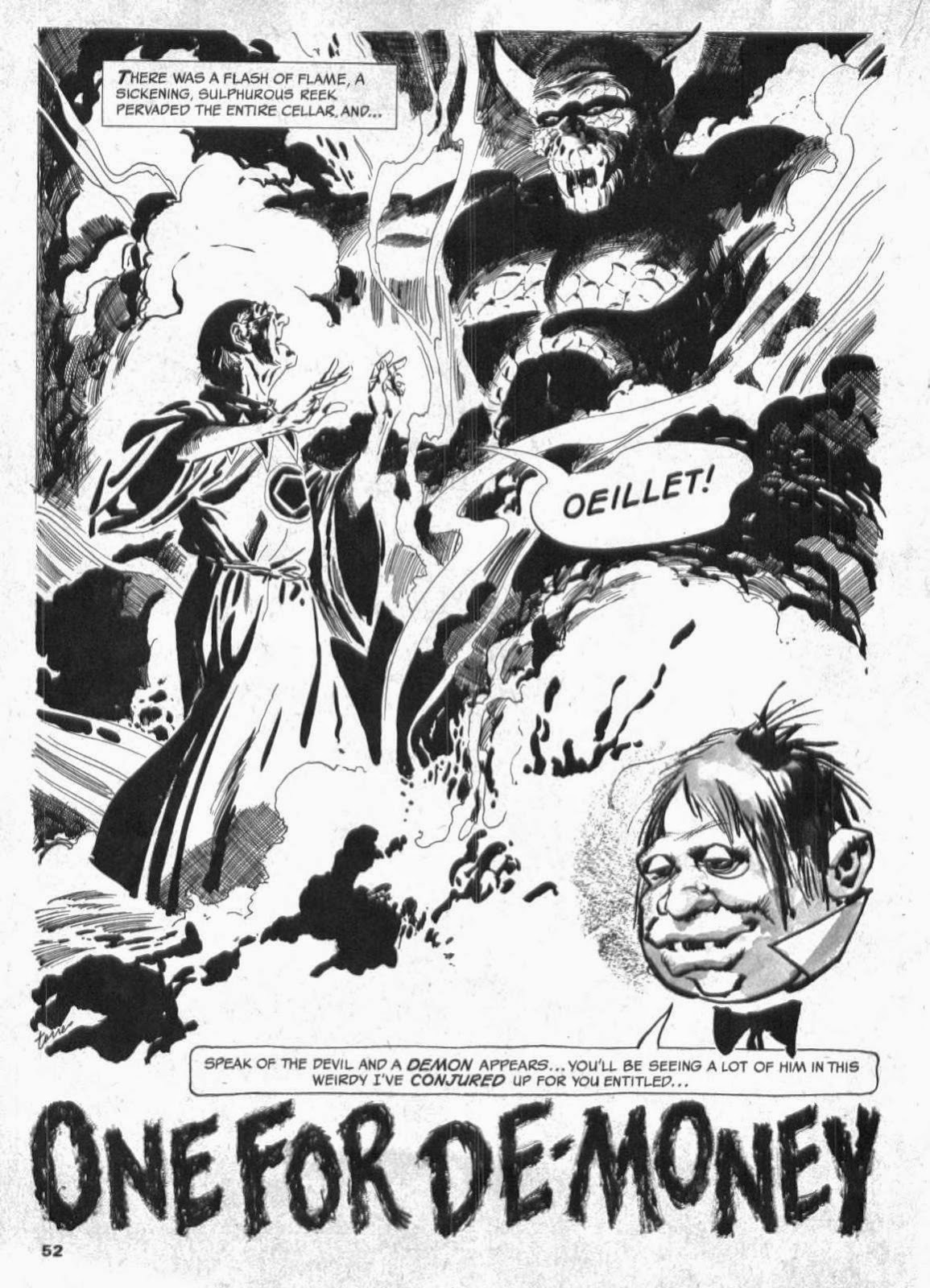 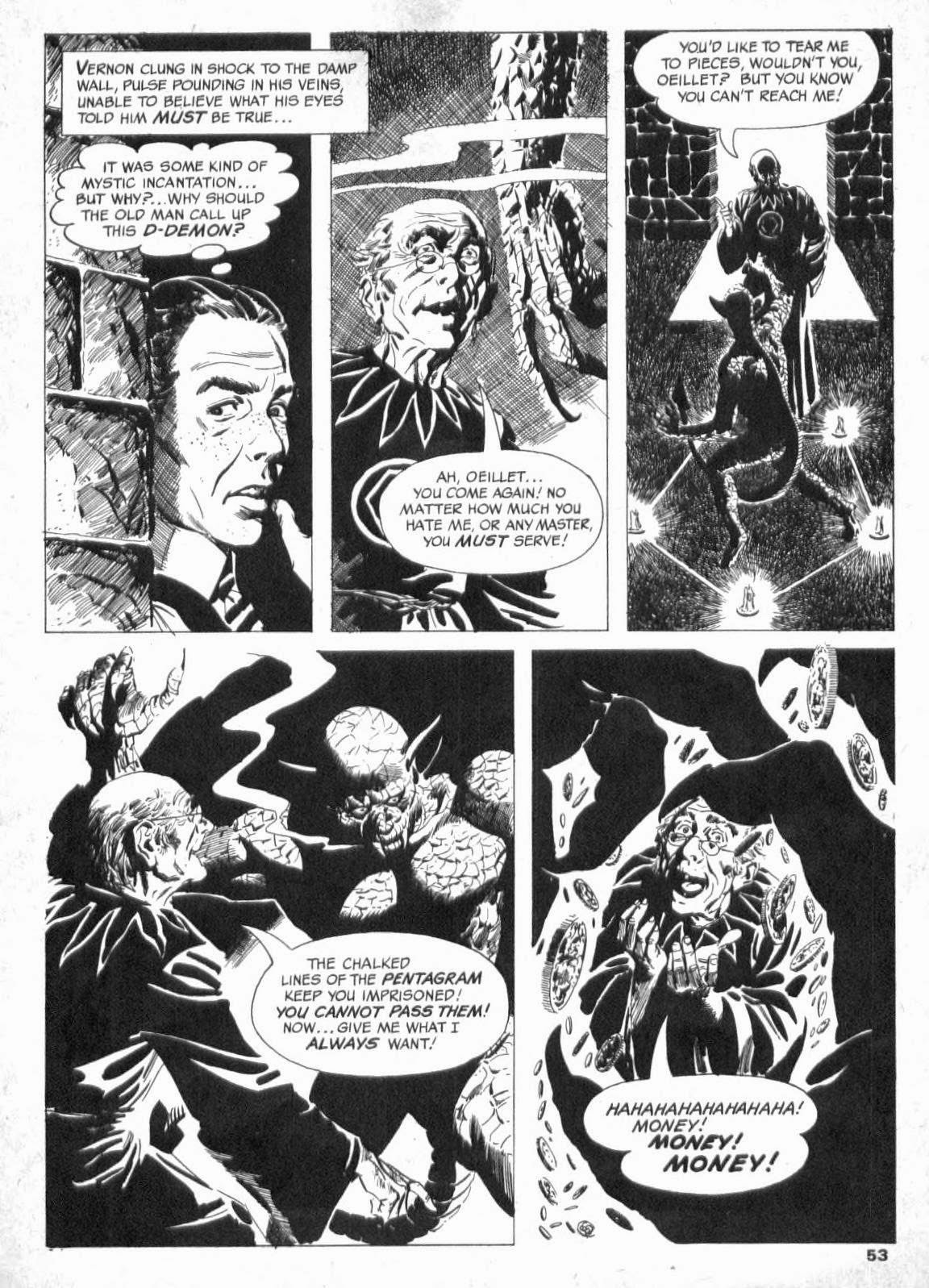 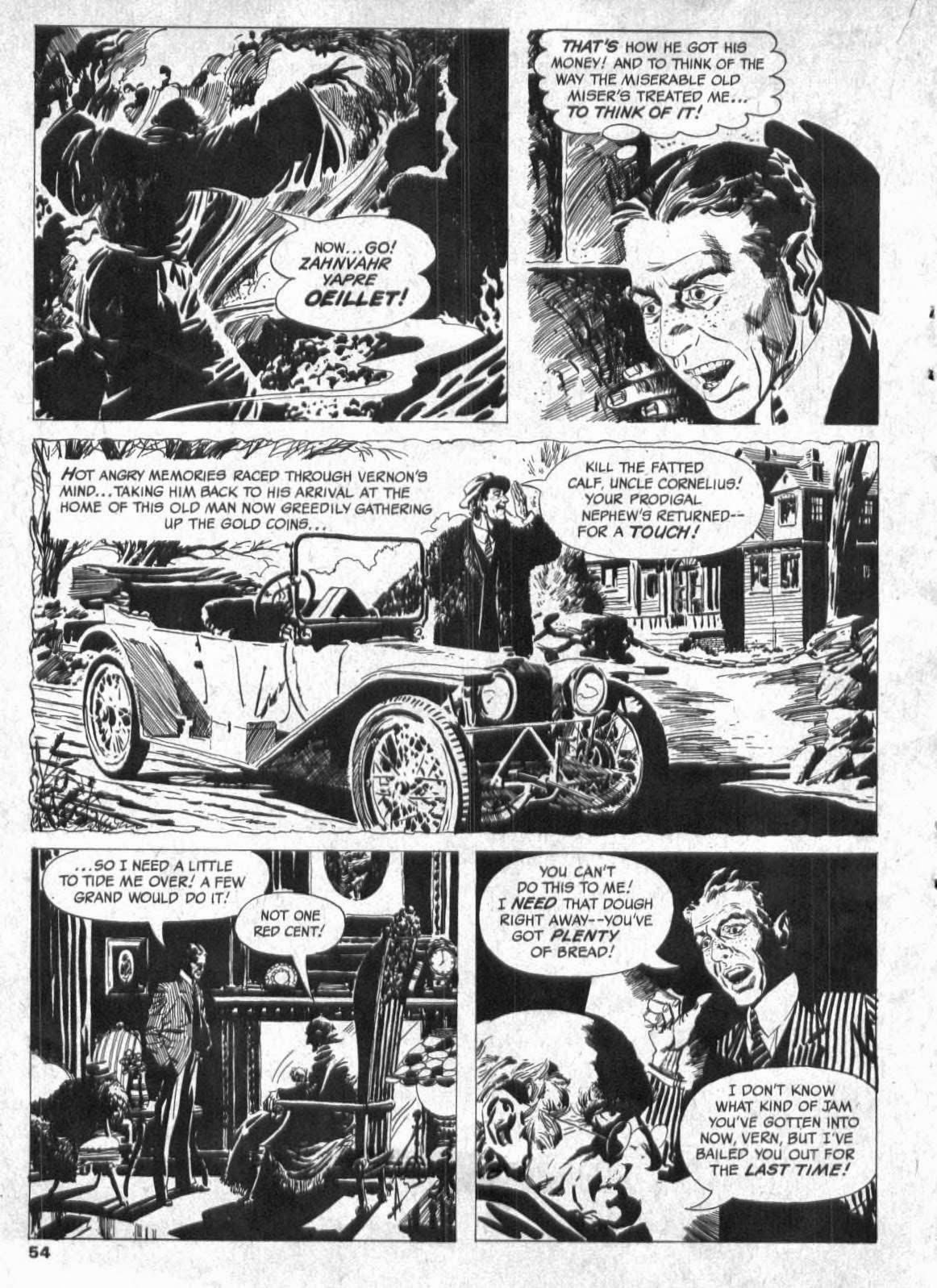 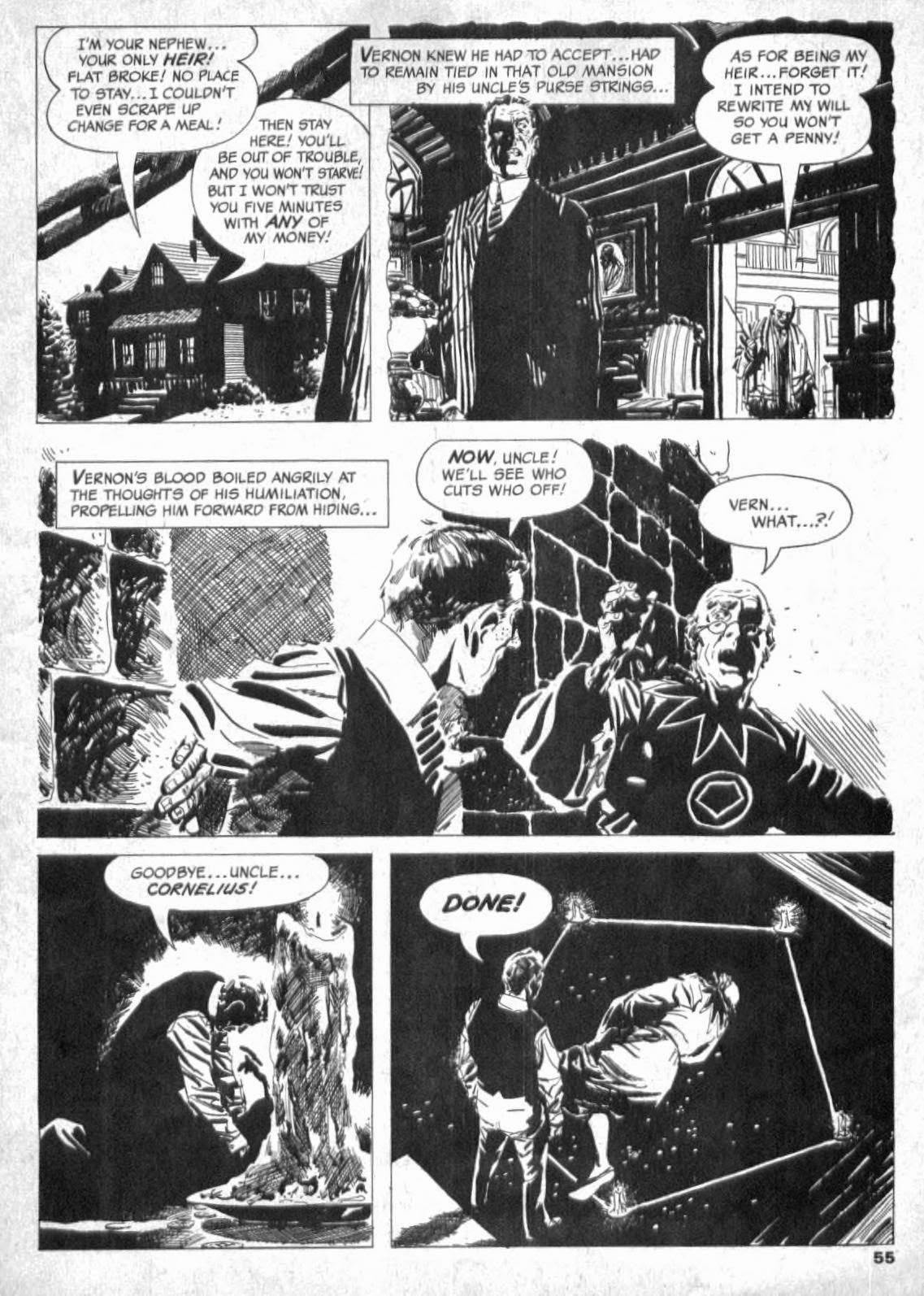 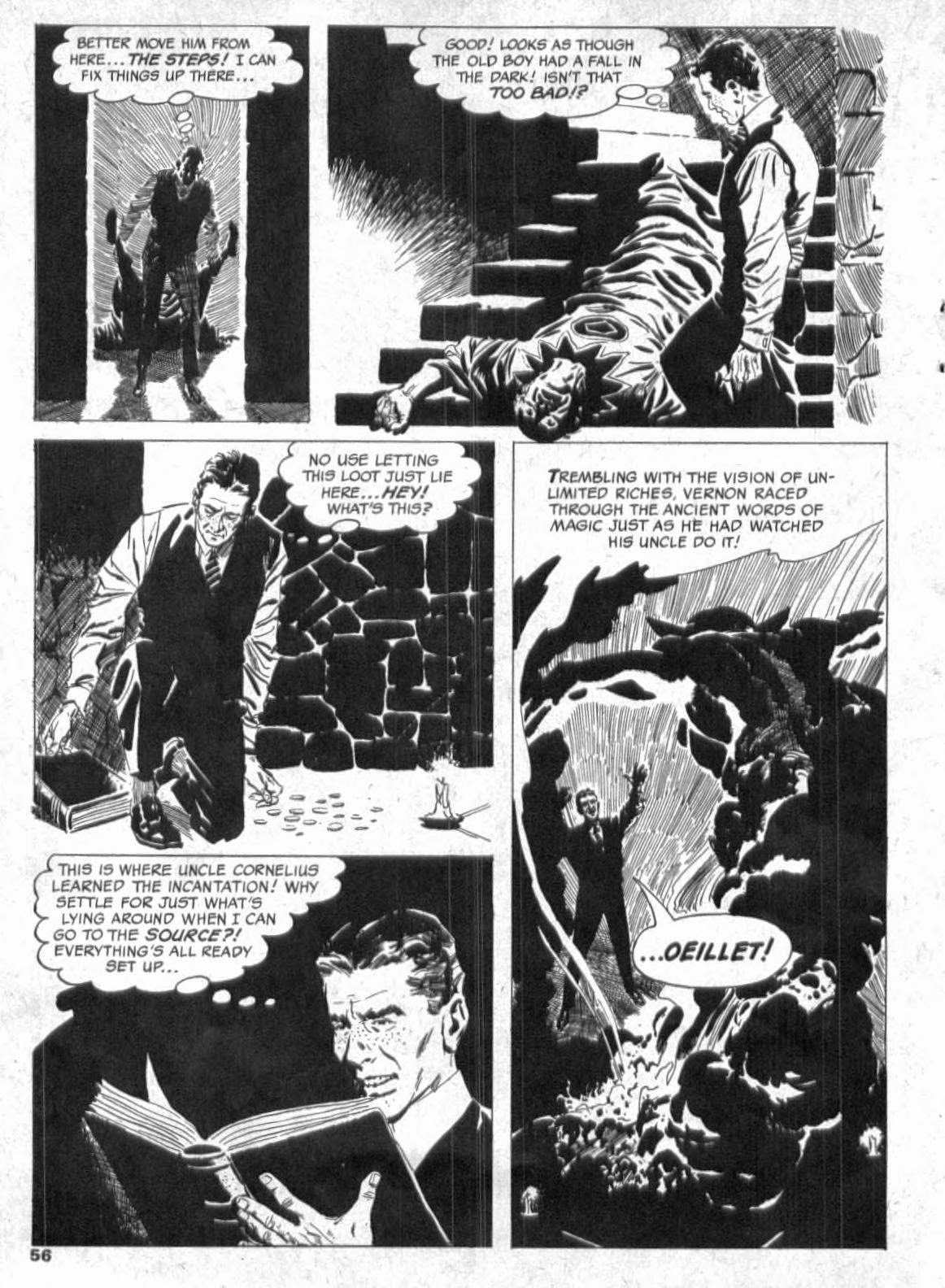 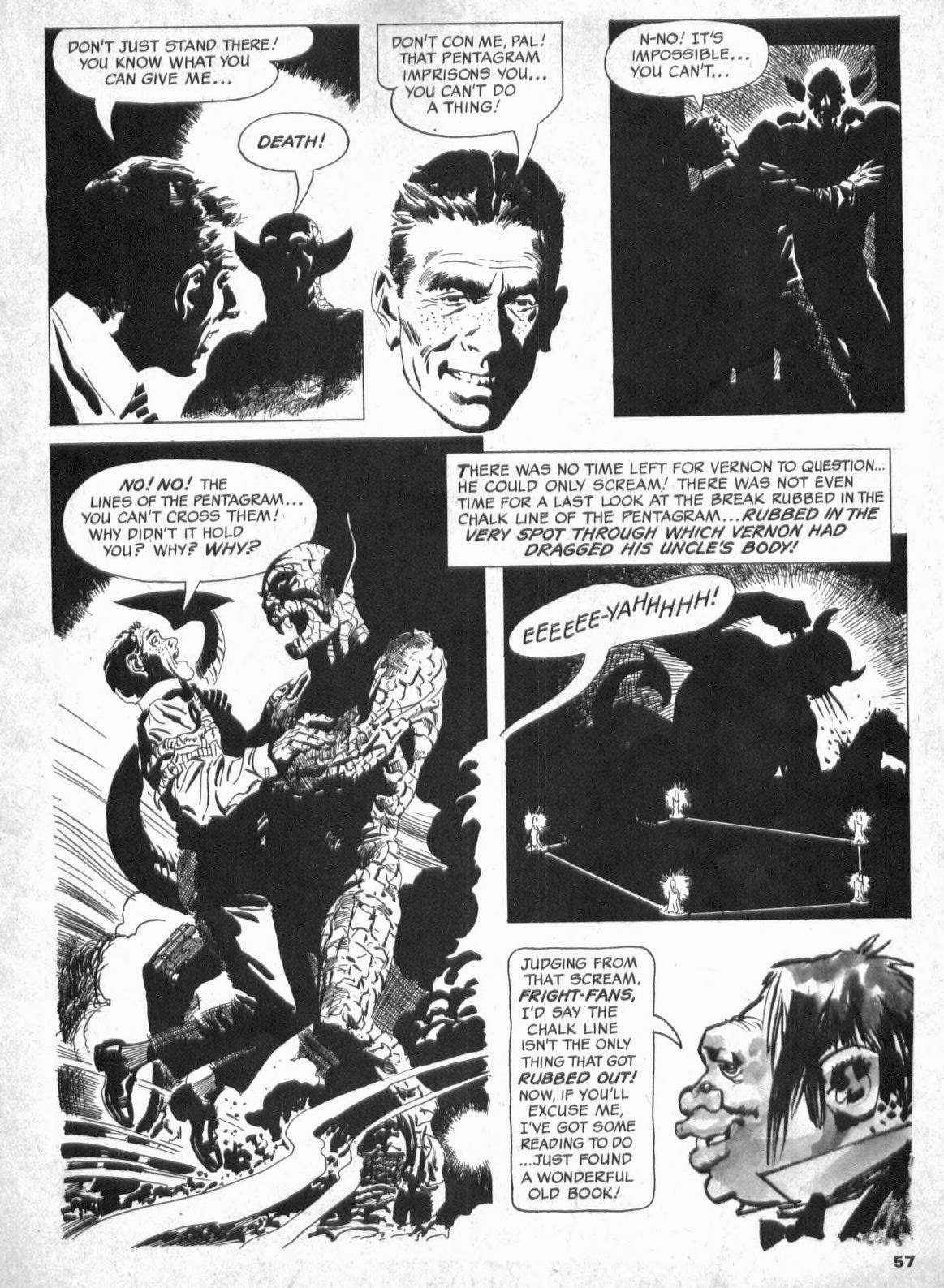 Posted by Jonathan Brinson at 8:45 PM