The Soundtrack of Exit Humanity 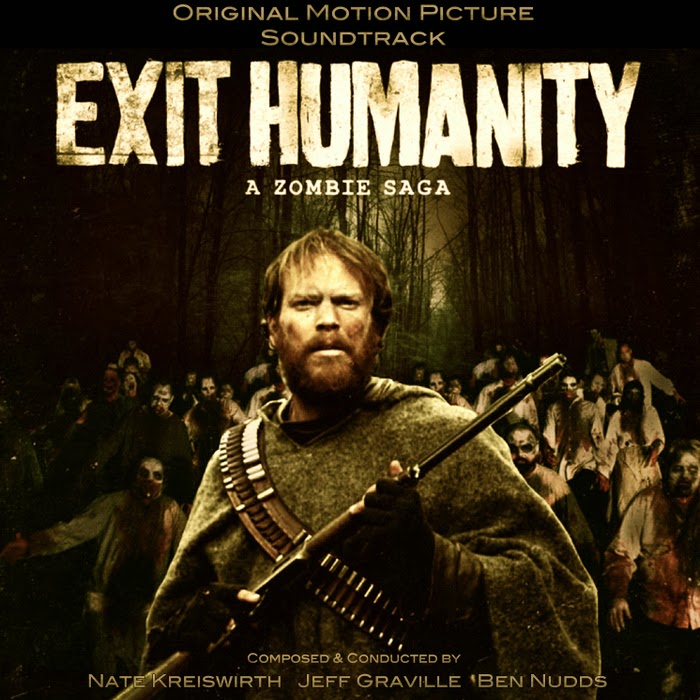 A journal surfaces to reveal a secret history:  In the midst of the closing years of the American Civil War an undead outbreak has been unleashed.  The war is over, but the nightmare has just begun.  One man searches for his missing son while facing a renegade band of Confederates and trying to survive a battle-ravaged wilderness teeming with ravenous hordes of bloodthirsty zombies.

Exit Humanity is a standout film in a cinematic landscape already more than saturated with zombie movie after zombie movie...  Admittedly, the premise sounds kind of ridiculous and at first glance, it seems to be merely a mash-up between two distinct and seemingly incompatible genres:  It's a Western with zombies.  Yet the creators behind Exit Humanity somehow made it work... and then some!

To put it simply:  This movie is way better than it should be.

But this post is not going to be dedicated to the film itself (maybe another day...).  Instead, I would like to focus on its soundtrack:

Conducted by three different musicians, one would expect an unbalanced cacophony.  But composers Nate Kreiswirth, Jeff Graville, and Ben Nudds do an excellent job of creating a cohesively somber and haunting score that perfectly compliments the movie.


Another pleasant surprise is that, contrary to what one would anticipate, the music is not your typical horror fanfare with harsh tones intended to accompany jump-scares (although the composers include their unique own spin of that in appropriate measure).  The soundtrack alternates between brooding movements and hopeful flourishes that help to elevate the film to its lofty aspirations of being a true zombie epic.

Being a soundtrack geek, I scoured the Internet for an album shortly after watching the film.  You can purchase the soundtrack for your own enjoyment at:  http://exithumanitysoundtrack.bandcamp.com/album/exit-humanity-soundtrack
Posted by Jonathan Brinson at 12:17 AM