The Art of Arthur Suydam 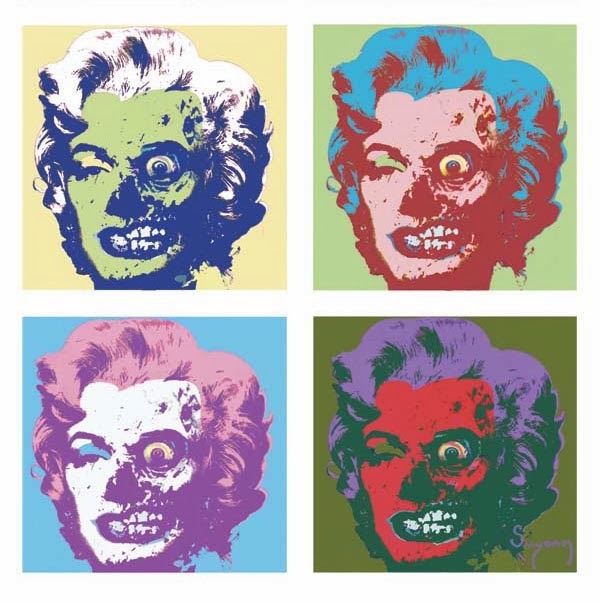 Known mainly for his zombie art (he dons the moniker "The Zombie King" for most of his convention appearances), Arthur Suydam certainly has an eye for morbid mayhem.  His best known work is probably on the popular "Marvel Zombies" comic series for which he supplied wonderfully grotesque versions of iconic covers. 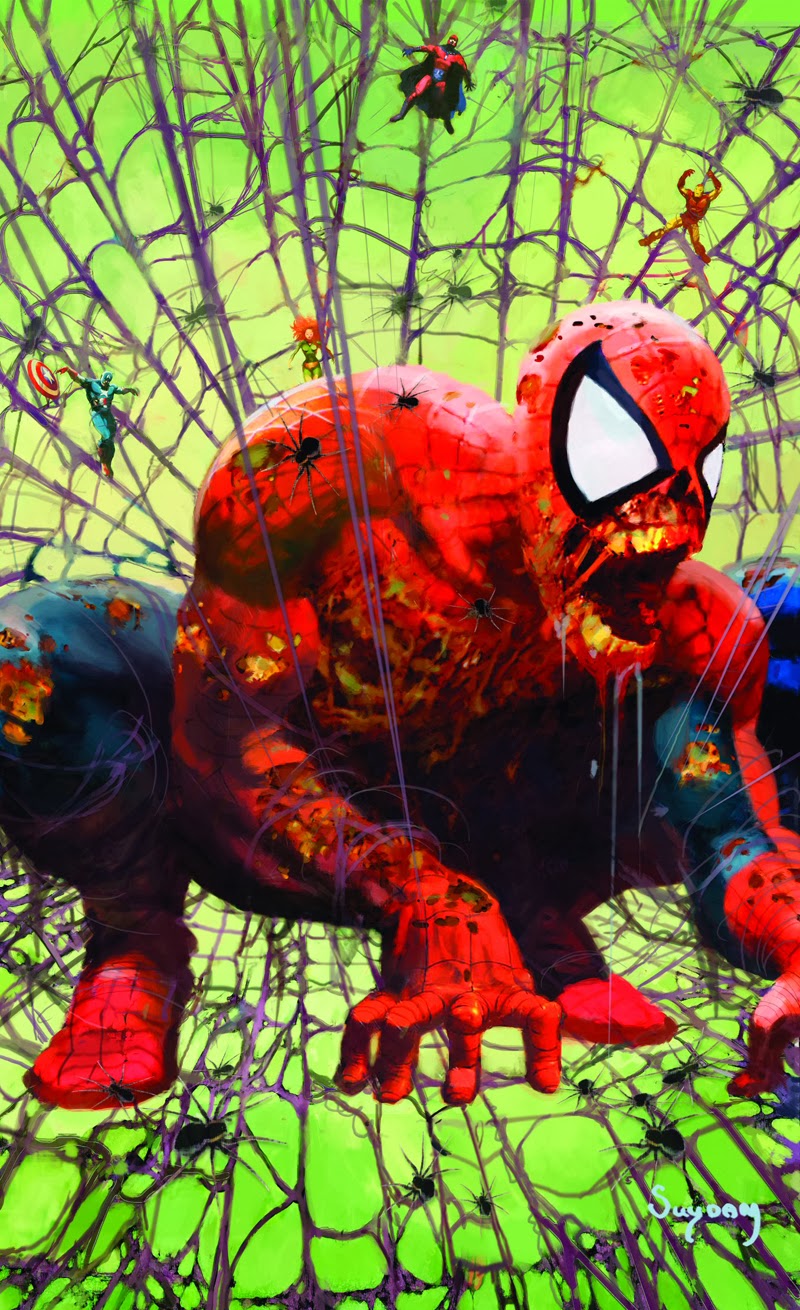 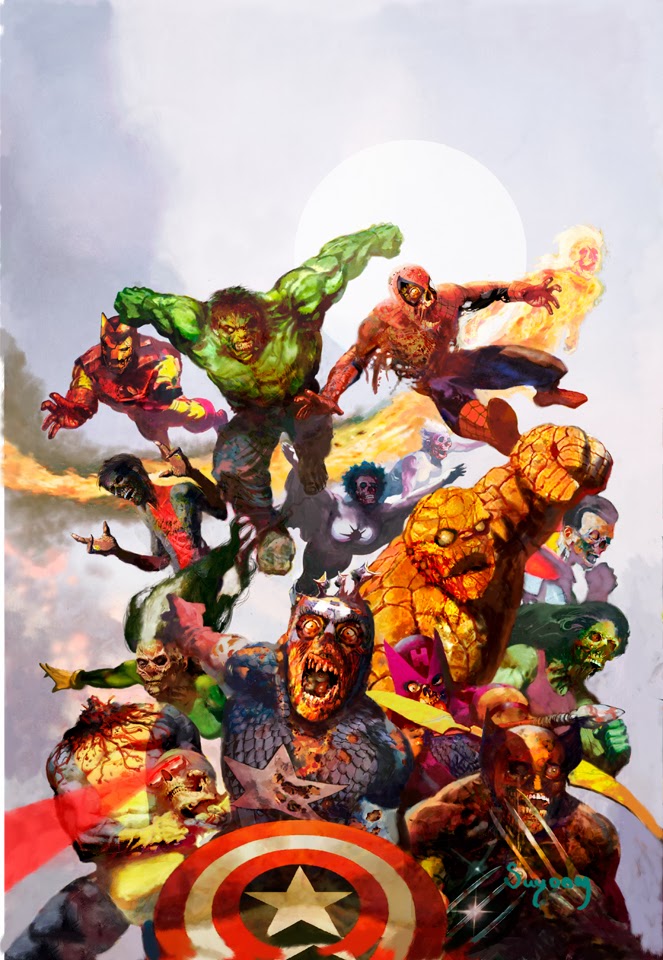 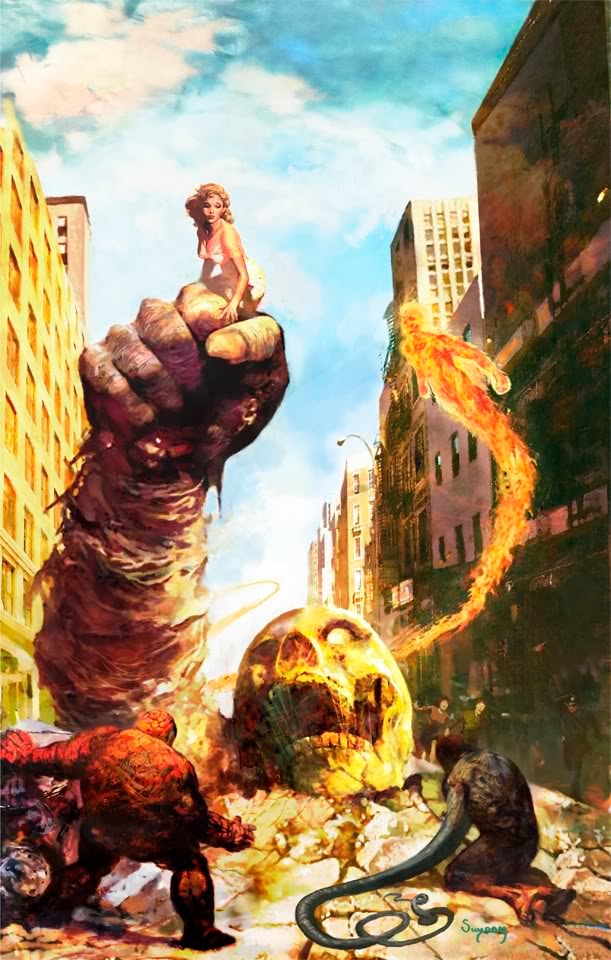 Suydam's talents for undead re-imagining aren't limited to the characters of Marvel, he has also created some gruesome reproductions of other pop-culture imagery such as the artwork for the Jaws movie poster and the album cover of Nirvana's Nevermind.  Celebrities Marilyn Monroe and Clint Eastwood have also been disfigured by Suydam's brush. 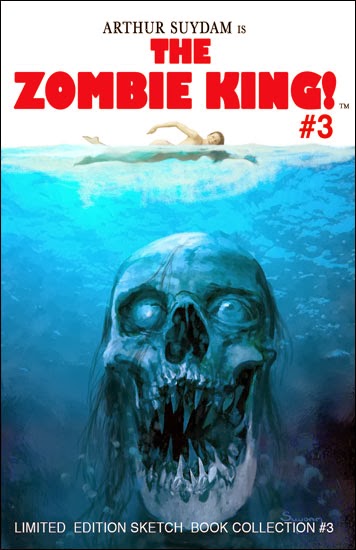 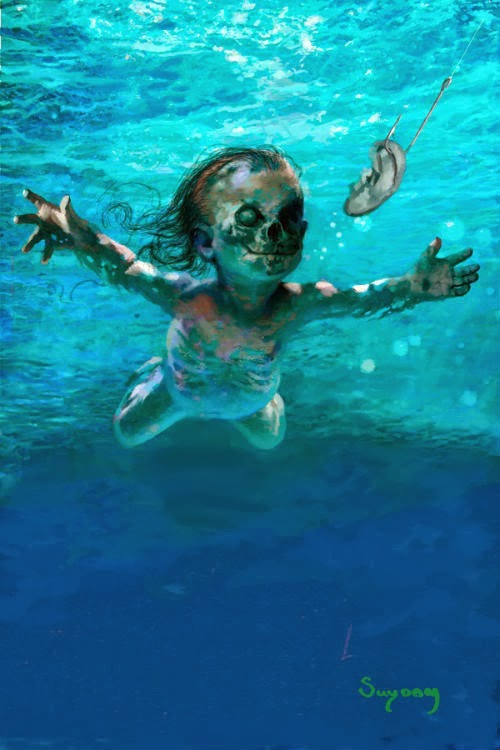 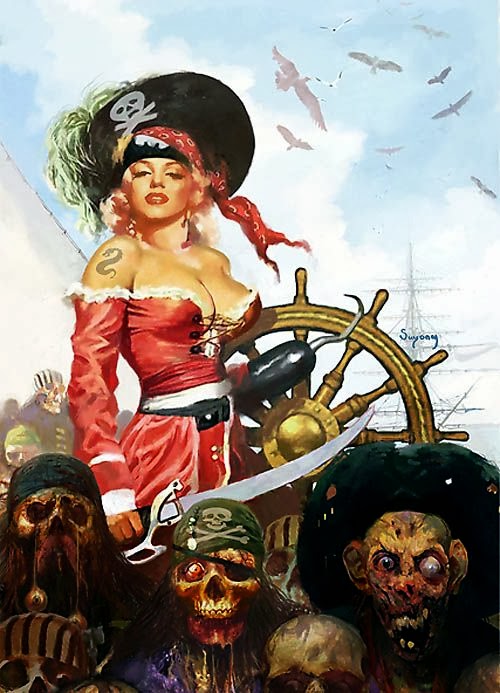 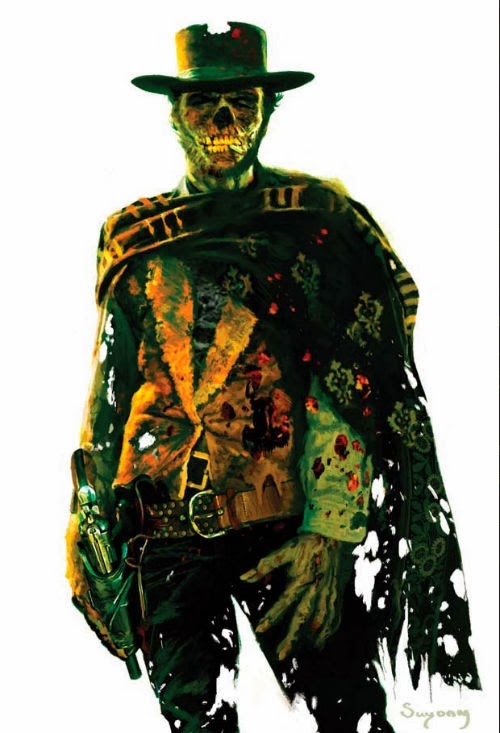 A sampling of some of Suydam's other works: 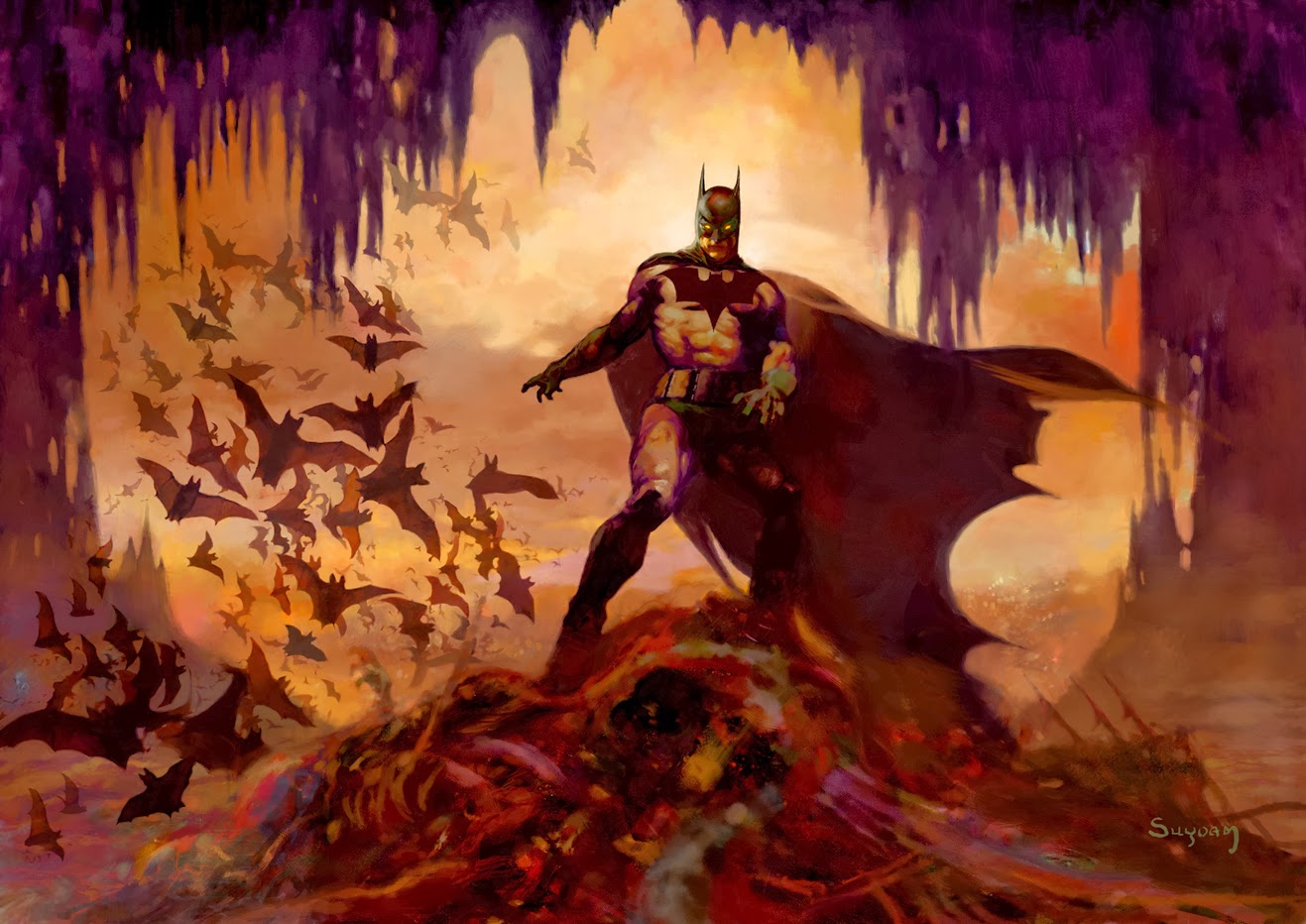 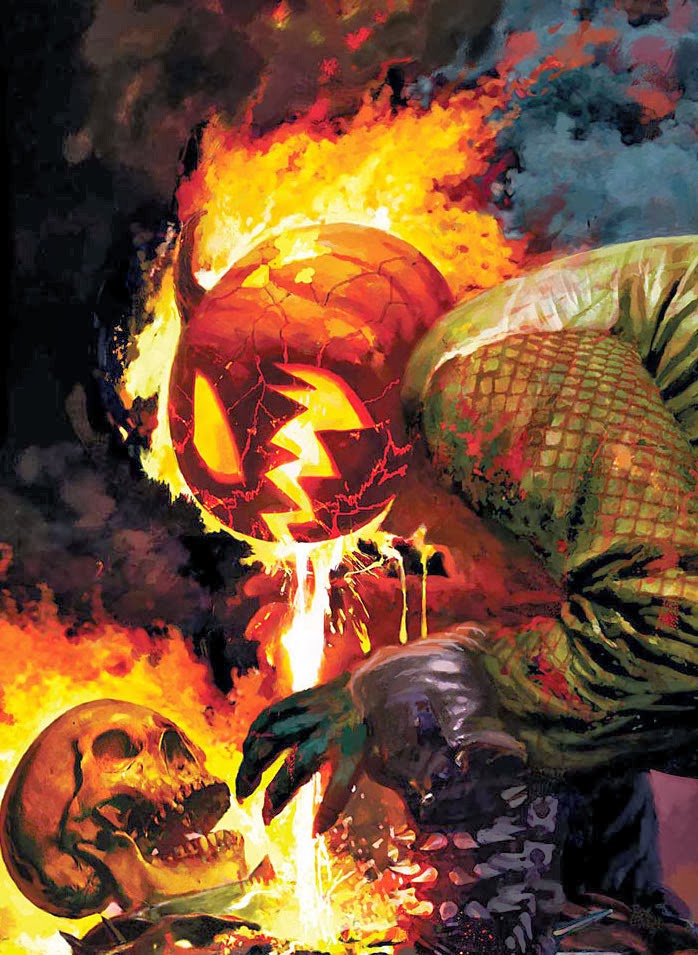 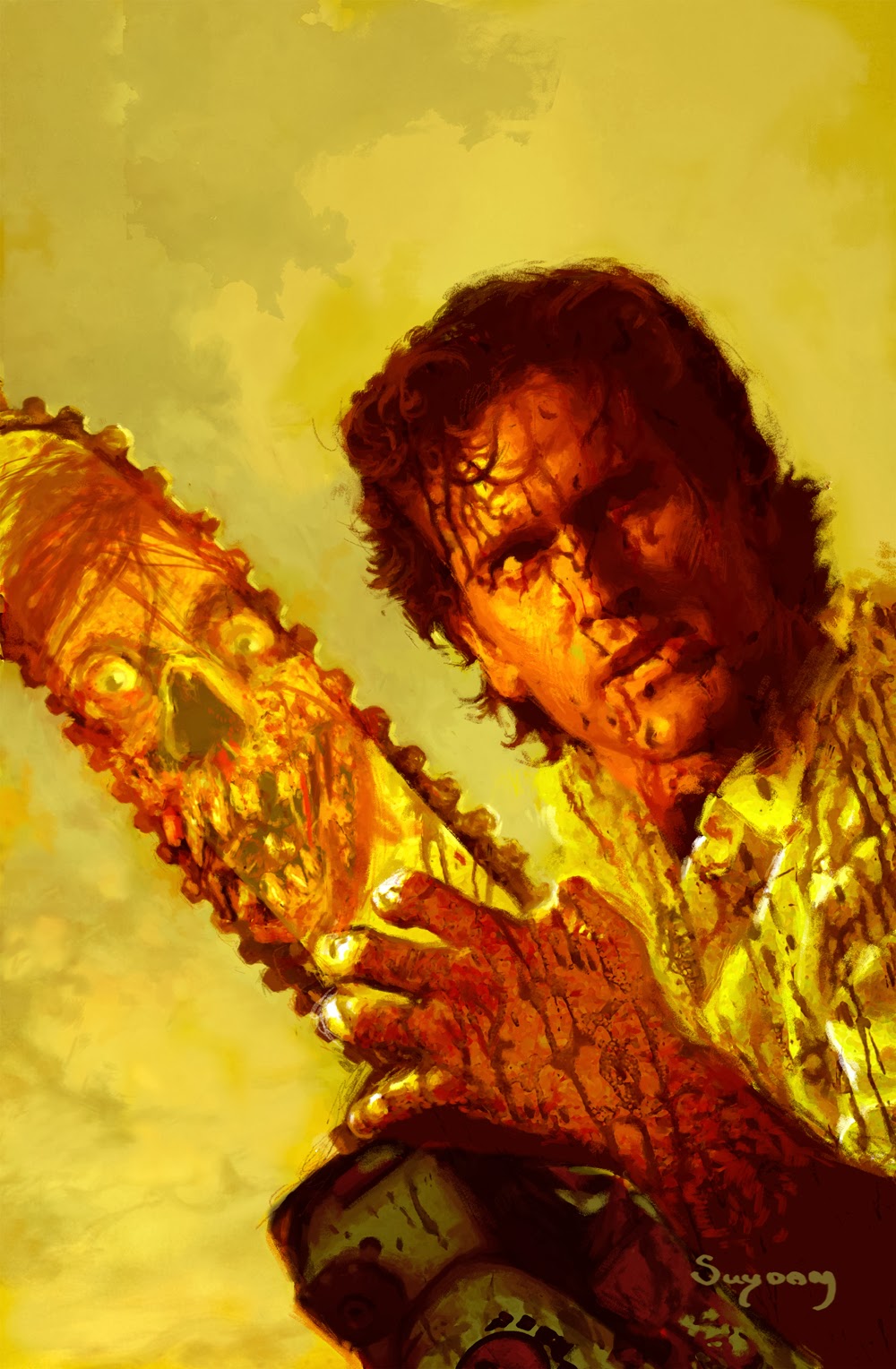 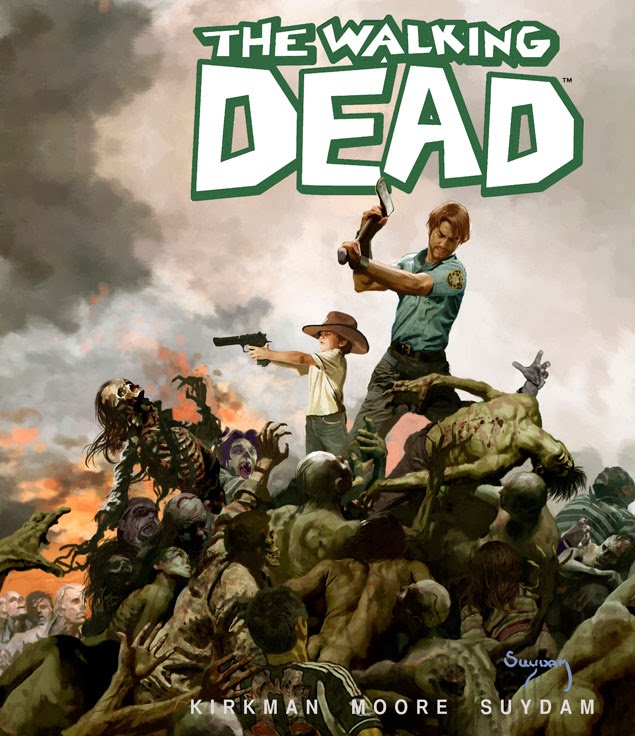 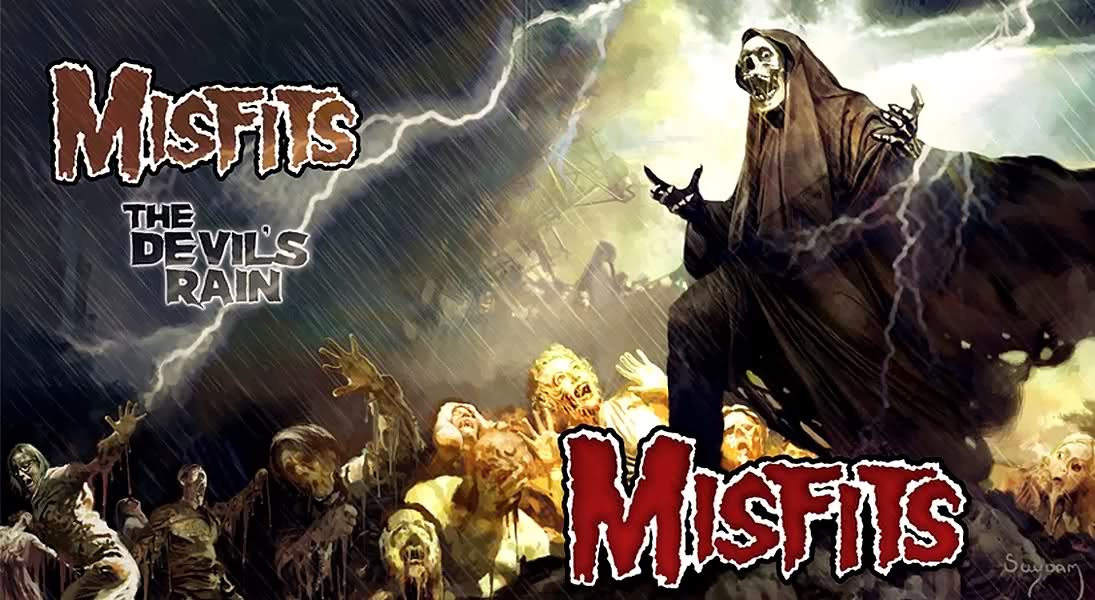 Some of Suydam's non-zombie work reminds me of Frank Frazetta... 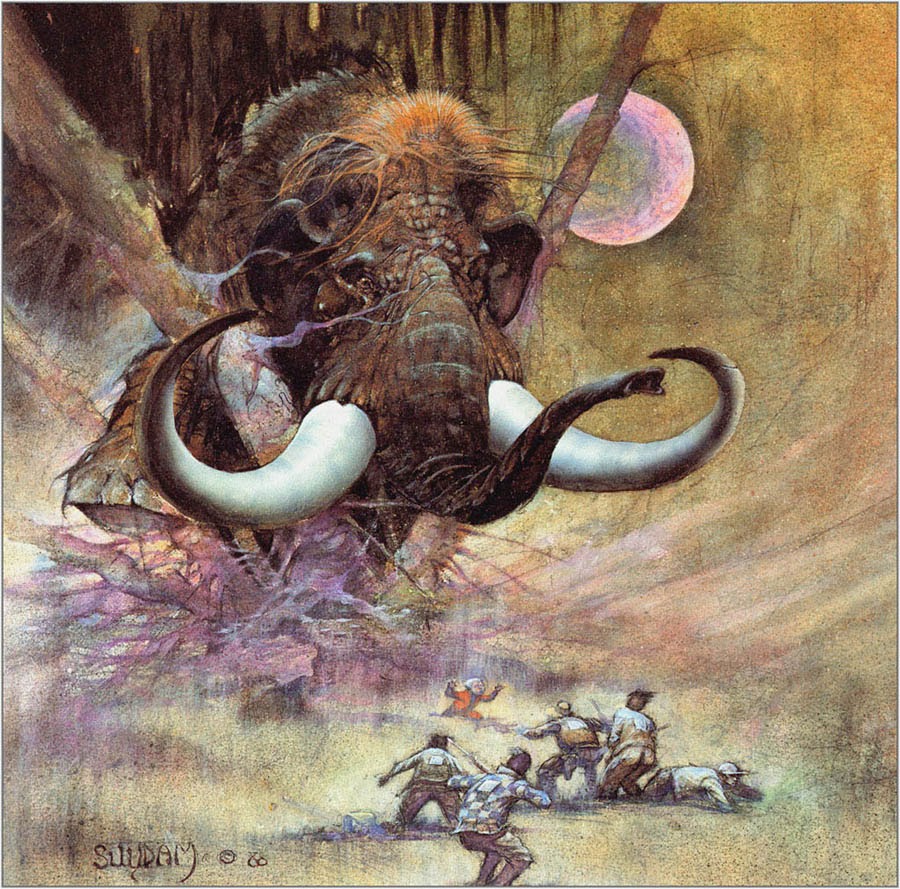 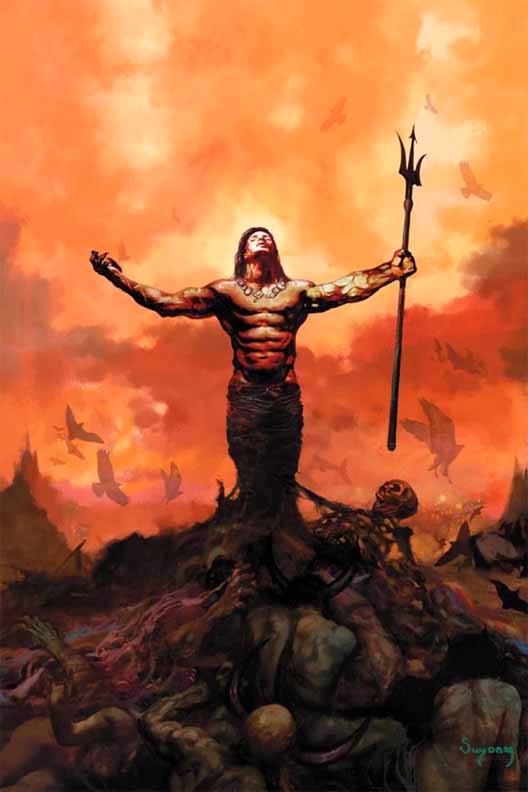 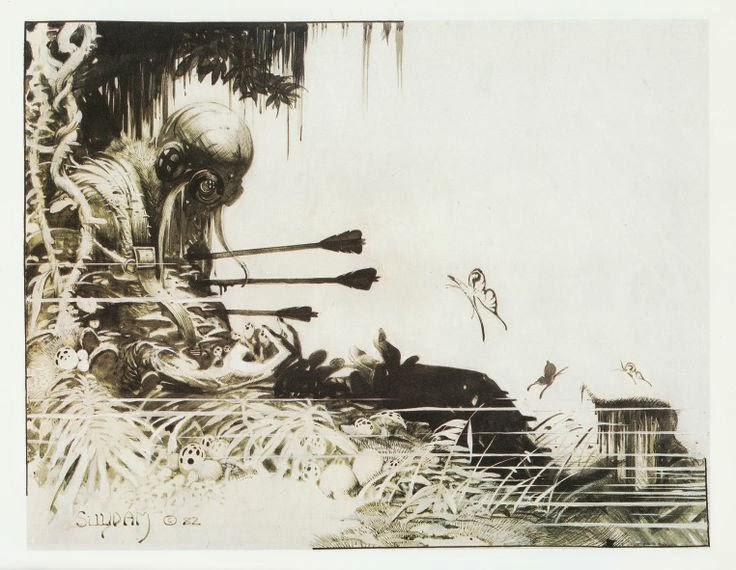 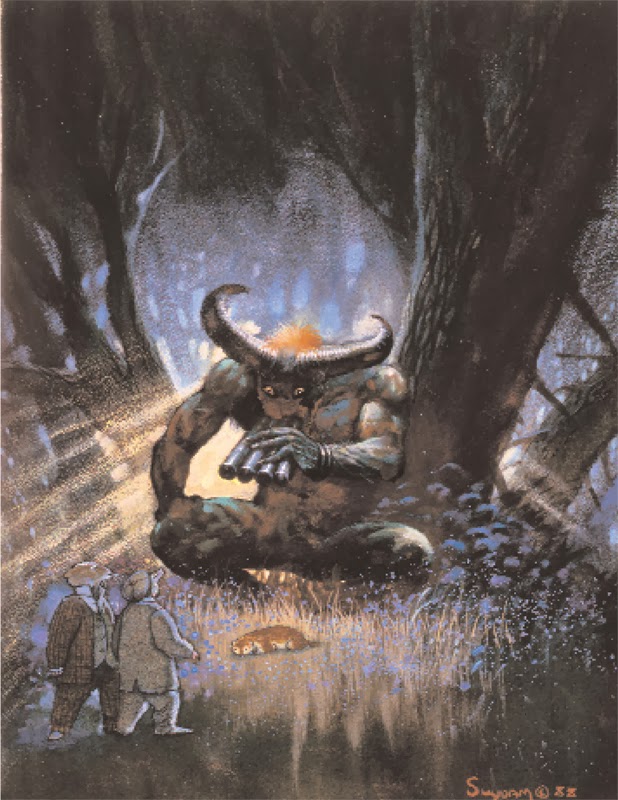 I had the pleasure of meeting Arthur Suydam at a convention a year or so ago.  Suffice to say, the laid-back surfer-dude type artist was definitely not who I was expecting based on his artwork.  We chatted for a bit and I was able to score two autographed prints!

You can find more of Suydam's work on his website: http://www.arthursuydam.com/
Posted by Jonathan Brinson at 9:32 PM