The Sealed Book - "The Ghost Makers" 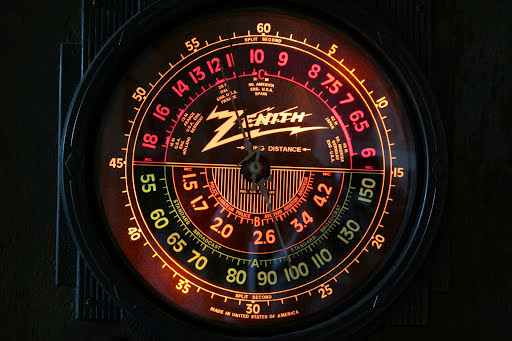 Back before the days of television, home theaters, and *gasp* the Internet... Electronic home entertainment came primarily from the radio.  Nowadays we mainly associate radio with pop music and talk show personalities, but back in the 1940's narrative radio dramas were very popular.  These shows featured voice actors, music, and sound effects to get their listener's imaginations to fill in imagery that radio could not provide.

My first exposure to this form of entertainment was through my grandma.   She had recalled as a young girl staying up late with rest of the family to hear The Creaking Door and being terrified by it's spine-tingling tales of suspense.  In later years she also had cassette tapes (remember those?) of the old-time radio super sleuth avenger The Shadow which she allowed me to borrow from time to time.

Of course, the ones I remain most interesting in today are of the horror/mystery genre with familiar talent such as Boris Karloff, Peter Lorre, and Vincent Price.  In the future I'll be posting several episodes of Inner Sanctum Mysteries, The Creaking Door, The Sealed Book, The Mysterious Traveler, and The Price of Fear. Much like I said of silent films in a previous post, radio dramas are an acquired taste.  If you want to give your imagination a work-out, these are great!  I recommend listening to radio dramas in the dark, especially those of the horror variety, to further enhance the mood.  You'd be surprised how genuinely creepy some of these can be...

Here's a good one for a cold winter night...  Dim the lights and enjoy this classic episode of The Sealed Book called "The Ghost Makers".

Posted by Jonathan Brinson at 10:54 PM