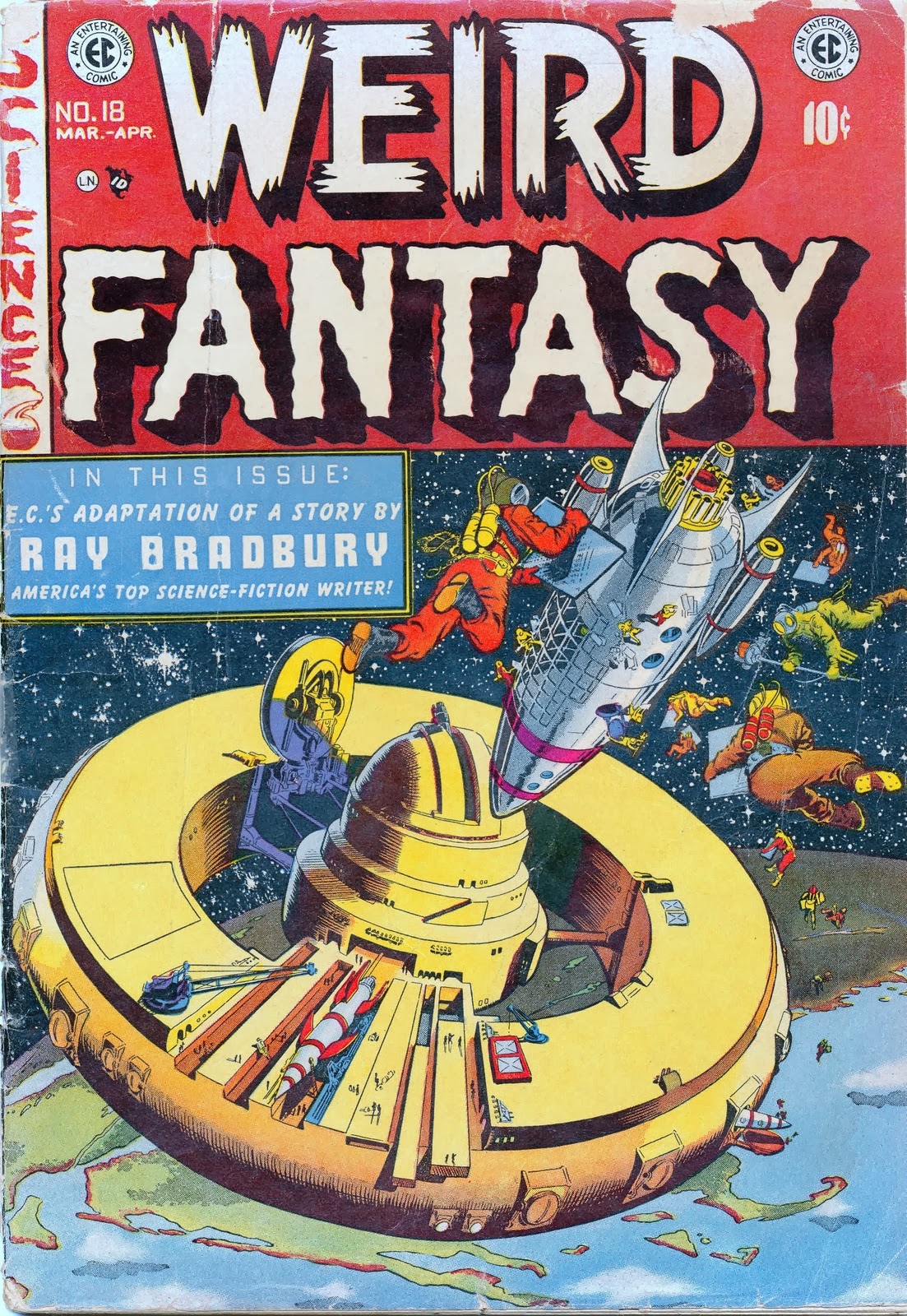 Originally published in EC Comics' Weird Fantasy # 18 in 1951, Judgement Day was written by Al Feldstein and illustrated by Joe Orlando.

This is a classic Science Fiction story from EC that came under fire by the Comics Code Authority in 1953 when it was reprinted later in an anthology called Incredible Science Fiction (to replace yet another story that had been rejected by the CCA).

The reason for all the controversy?  Read the entire story and you'll see for yourself on the very last panel.

I apologize for being so vague and secretive!  I don't want to reveal any spoilers for anyone who has not already read this story!!! 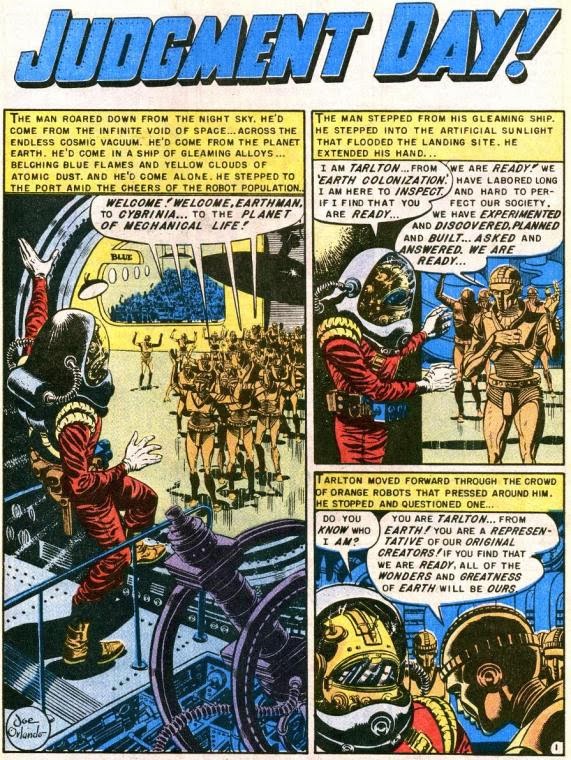 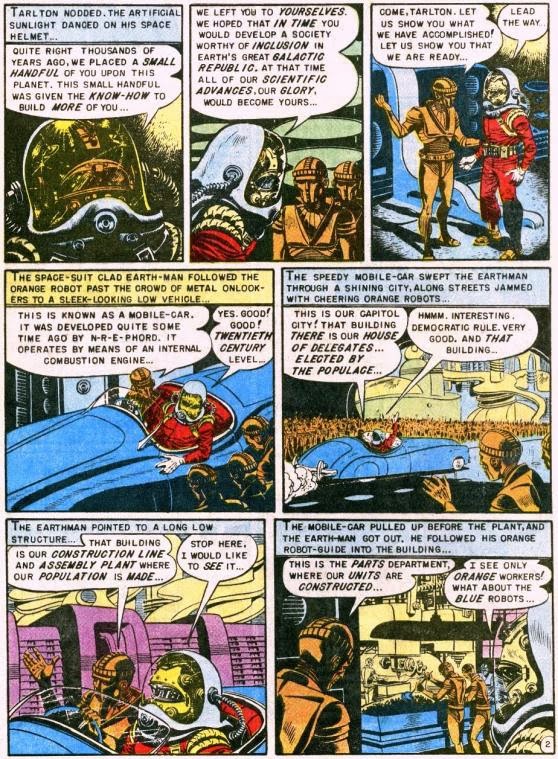 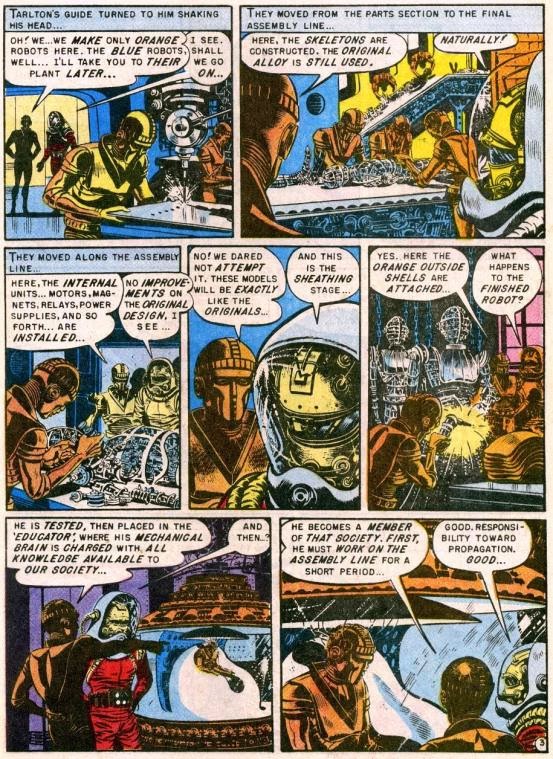 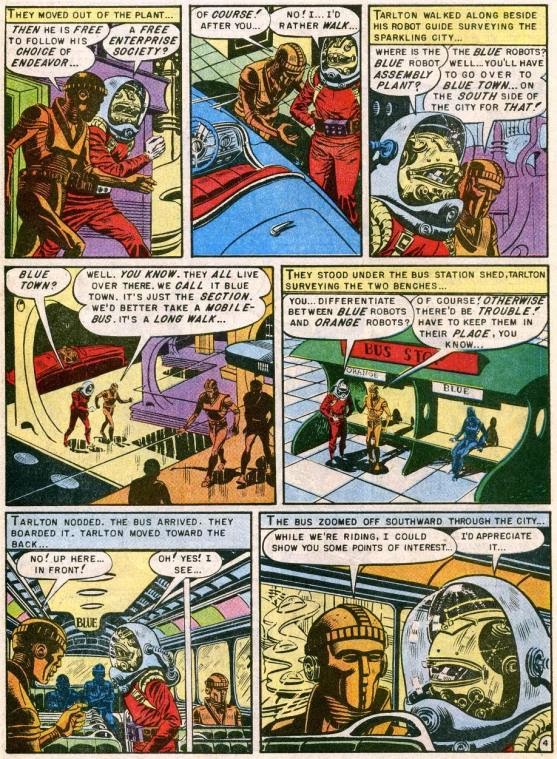 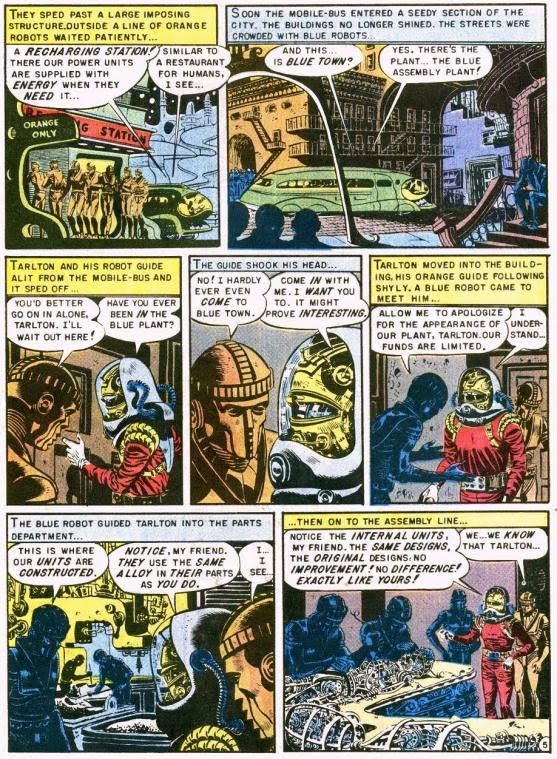 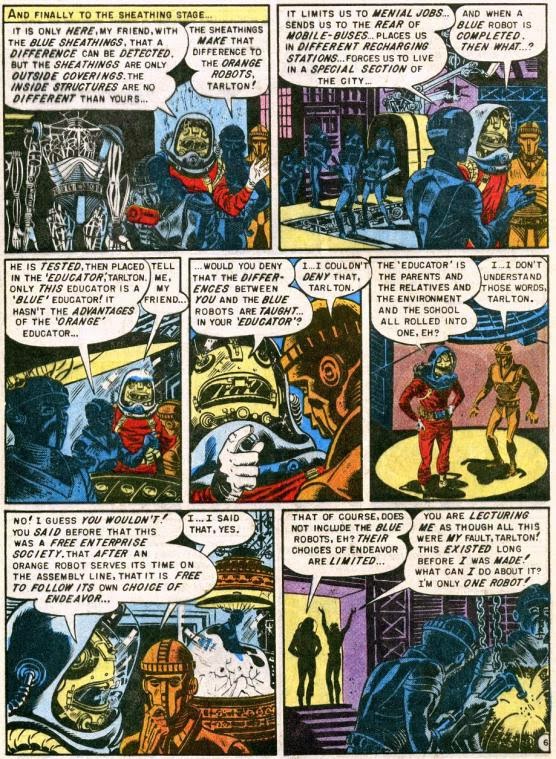 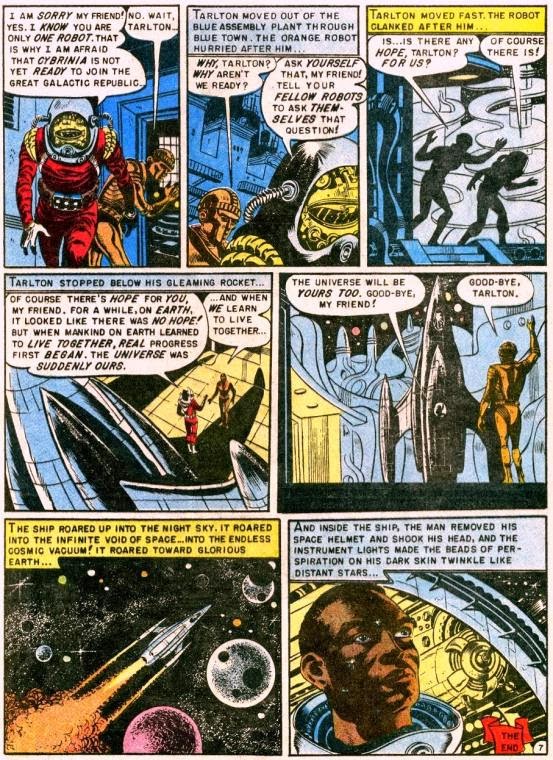 The judge from the Comics Code Authority demanded that the astronaut's race should be changed from black to white!  Obviously, changing this single detail would defeat the whole purpose of the entire story!  (I read elsewhere that the CCA also took issue with the astronaut sweating...  WHAT?!?)

As you can see, the writers at EC were very much ahead of their time and not afraid to take risks!  If you haven't been exposed to EC comics before, I highly recommend looking for some reprints (we have a small, but growing library ourselves here in the Cryptic Corridor...).  These are the same creators who produced Tales from the Crypt, Weird Science, and Mad Magazine!

If you're interested by such things, I also recommend looking further into the history of EC and the Comics Code authority which is truly fascinating (and infuriating!).  Actually...  I'm toying with the idea of writing up a post about this very topic at some point...

Posted by Jonathan Brinson at 11:00 PM