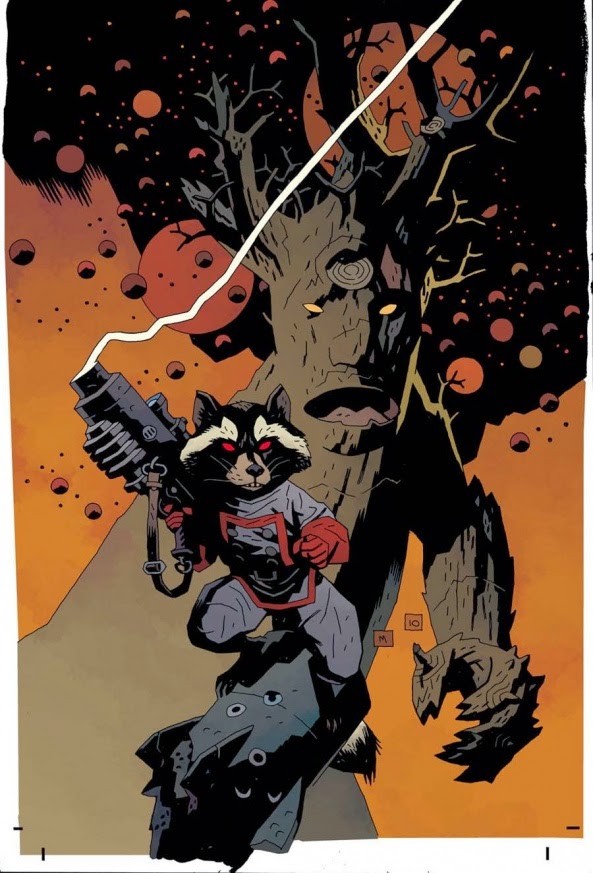 I've seen Guardians of the Galaxy twice already...  Although, I'm ashamed to say that I was barely aware of the comic before the movie was announced.  I guess I loose some of my geek cred or something for that.  Oh well.  I'll turn in my badge (but I'll be keeping my gun).

The movie was action-packed, hilarious, and pretty much just filled with good stuff from start to finish.  It's awesome to see what Marvel can achieve even with a lesser-known title.  (I just realized that I did two Marvel posts almost in a row.  I didn't plan it but it worked out that way.  Again, oh well.)

Artwork by Mike Mignola.
Posted by Jonathan Brinson at 10:13 PM