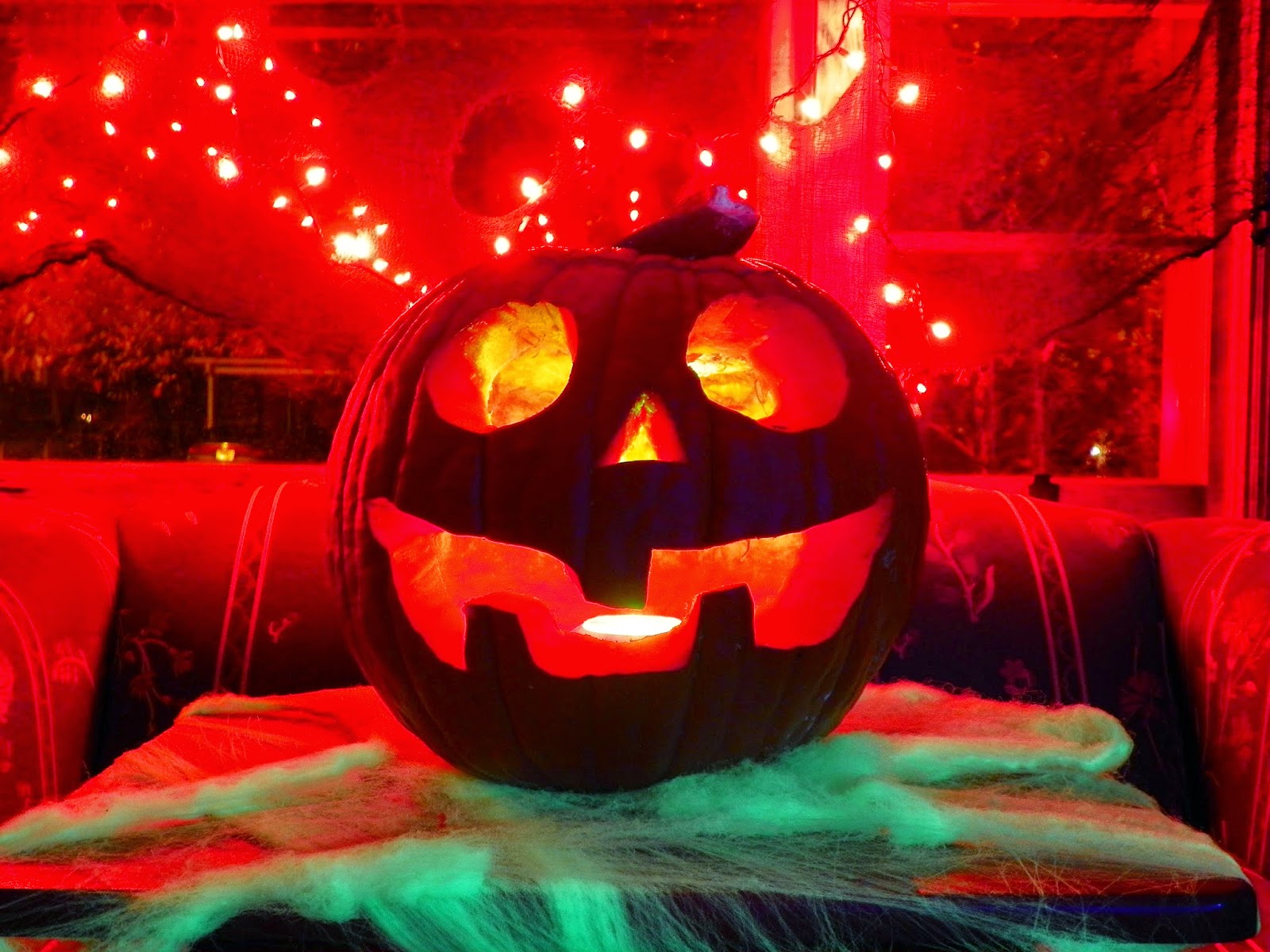 As I have alluded to before, I am something of an amateur monster-maker and home haunter.  Emphasis on the "amateur"!   As I gear up to begin building this year's new props (off to a late start, I know...), I thought I would share a sampling of some of my props from recent years. 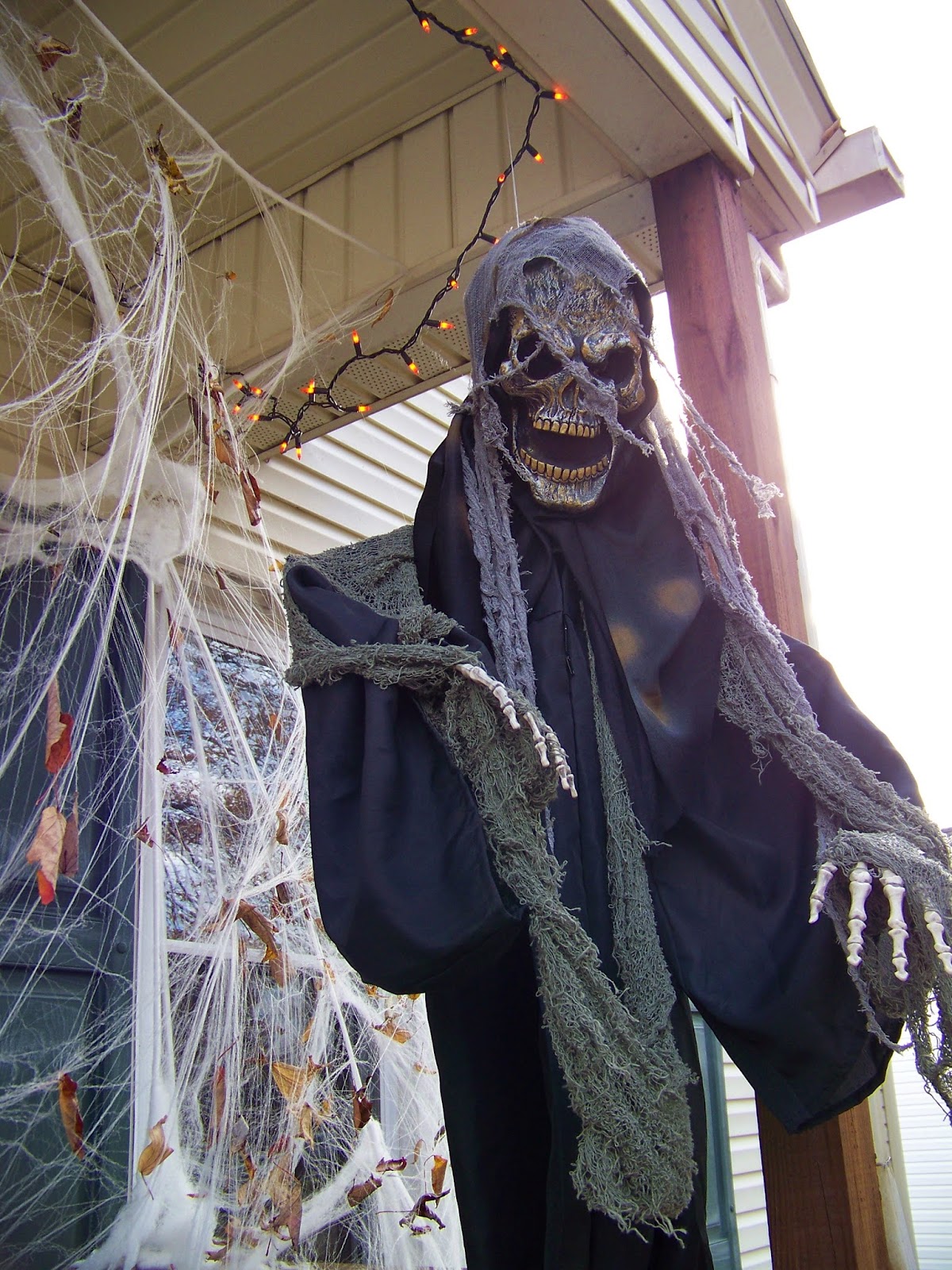 This Grim Reaper is the first prop I made.  I think I put it together just before the trick-or-treaters showed up a few Halloweens back.  It turned out pretty good considering it was thrown together in just a short amount of time.  I used a broomstick, a coat hanger, a graduation gown with some creepy cloth draped over it, and, of course, an old mask and some leftover skeleton hands.  It looks really eerie swaying back and forth in the wind. 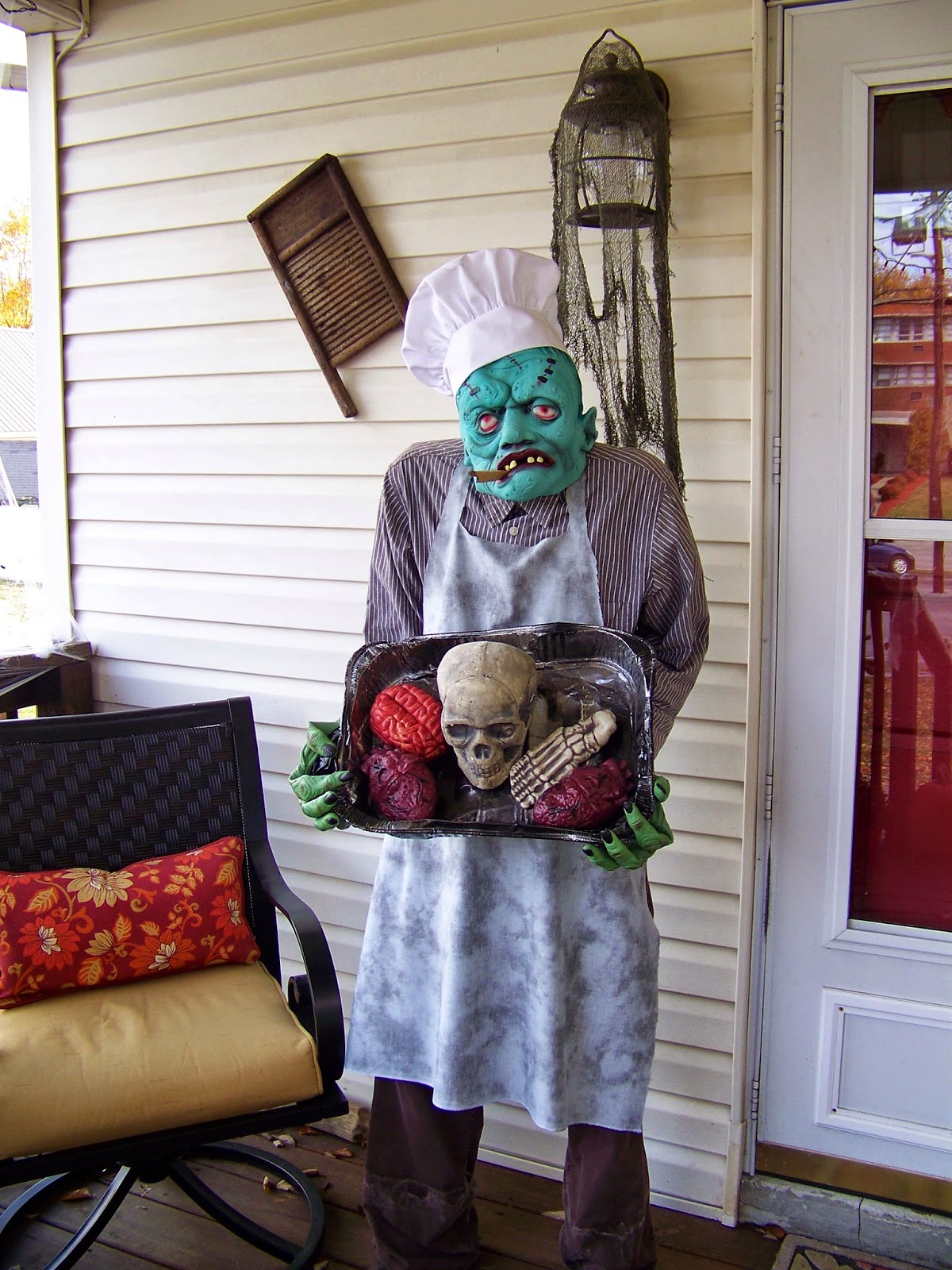 I got "serious" two years ago and made this guy.  He's probably my favorite prop I've made.  I call him the "Zombie Chef" and, as you can see, he's got some treats for the little monsters on Halloween night.  I found some great plans online for making stationary, full-size dummies using PVC pipe and chicken wire. 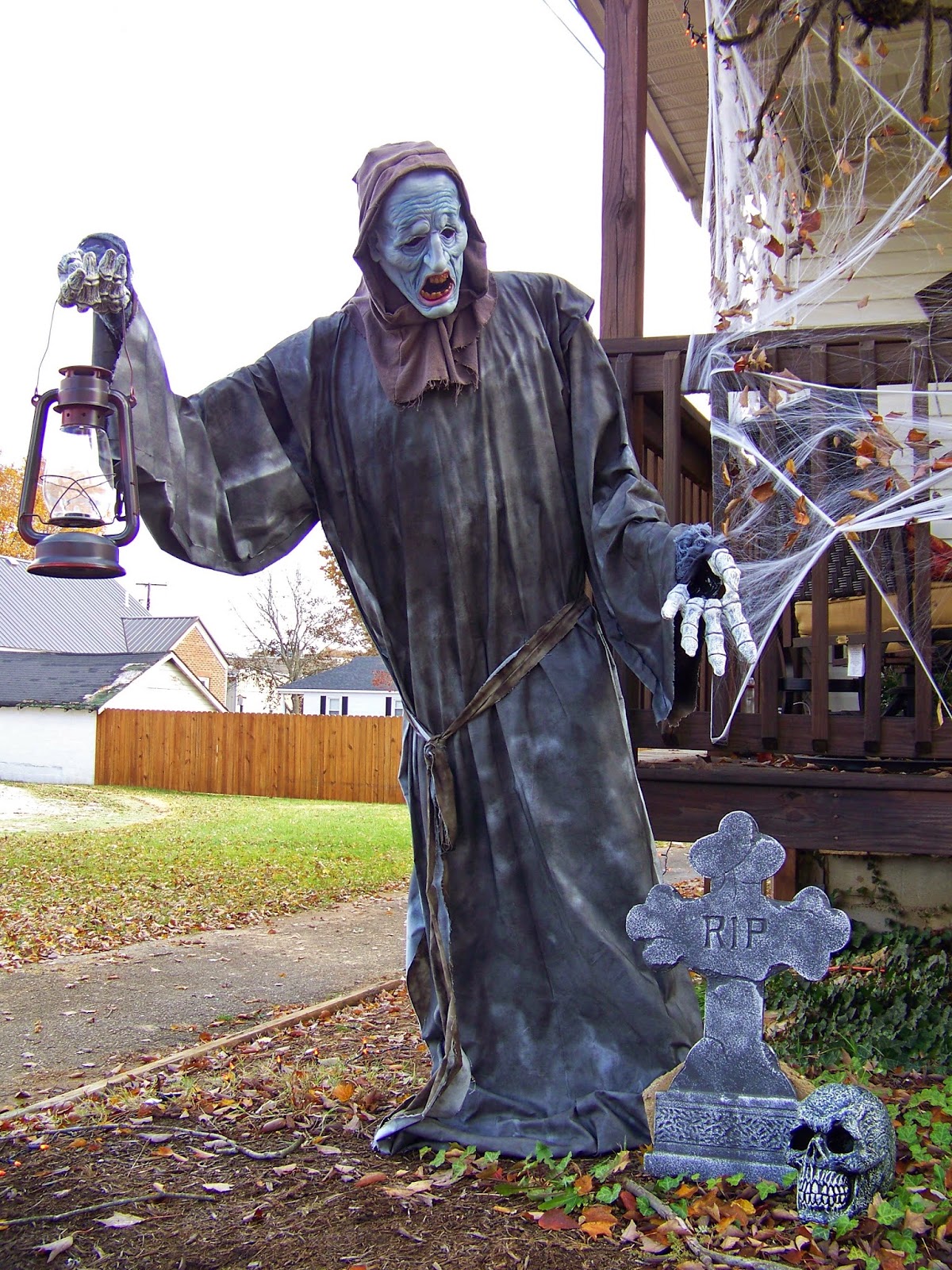 My "Lantern Ghoul" is another PVC pipe and chicken wire creation.  I wanted him to look tall and gaunt and I think I succeeded.  Unfortunately, he's very difficult to move around. Last year I used a tea light for his lantern, but this year I'm going more sophisticated with an electronic flickering Christmas candle that will be integrated. 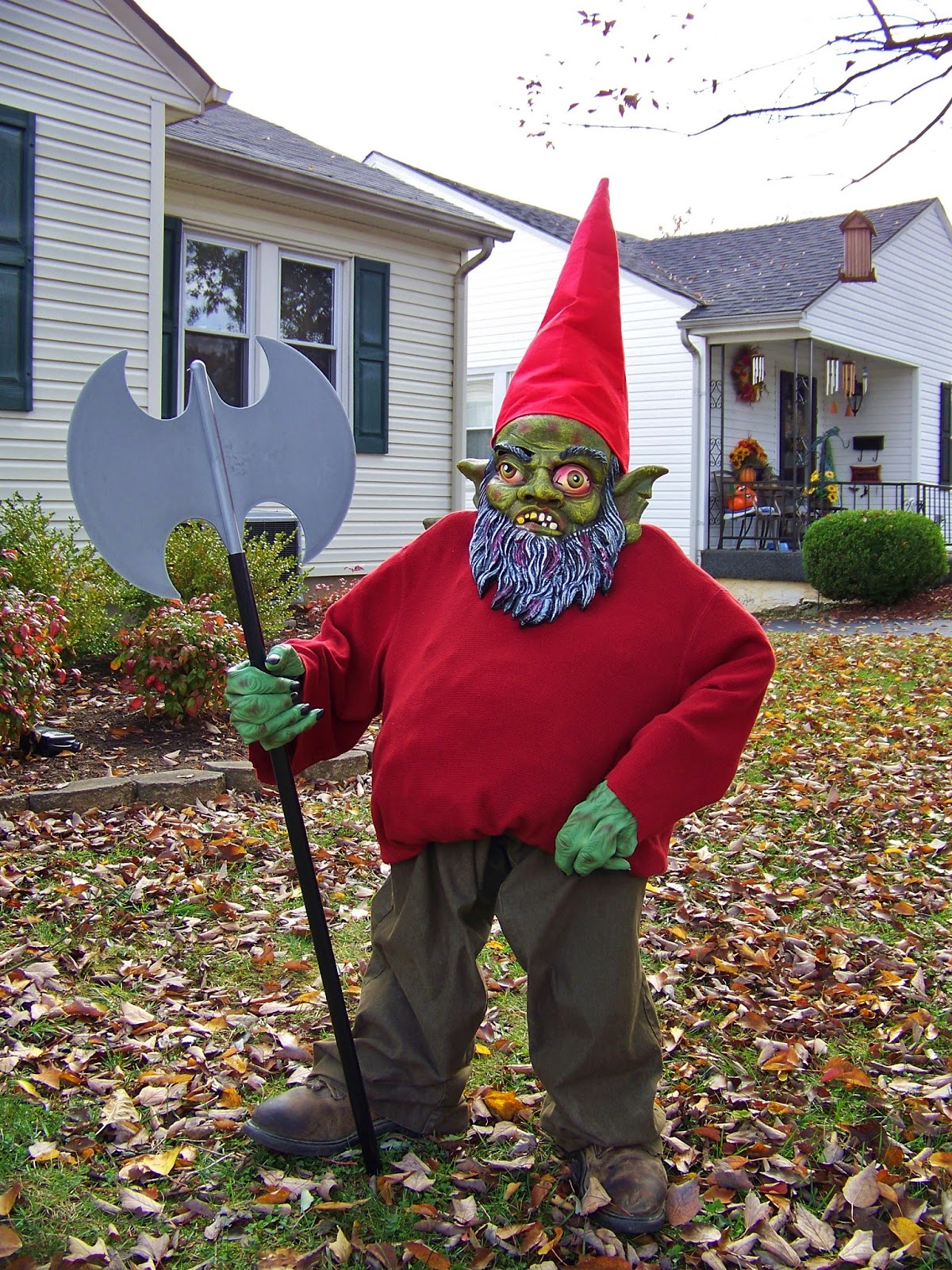 I can't decide if my "Evil Garden Gnome" will make the cut (no pun intended, really) this year.  He's probably my least favorite and is constantly falling apart.  Maybe if I do some tinkering he'll stick around. 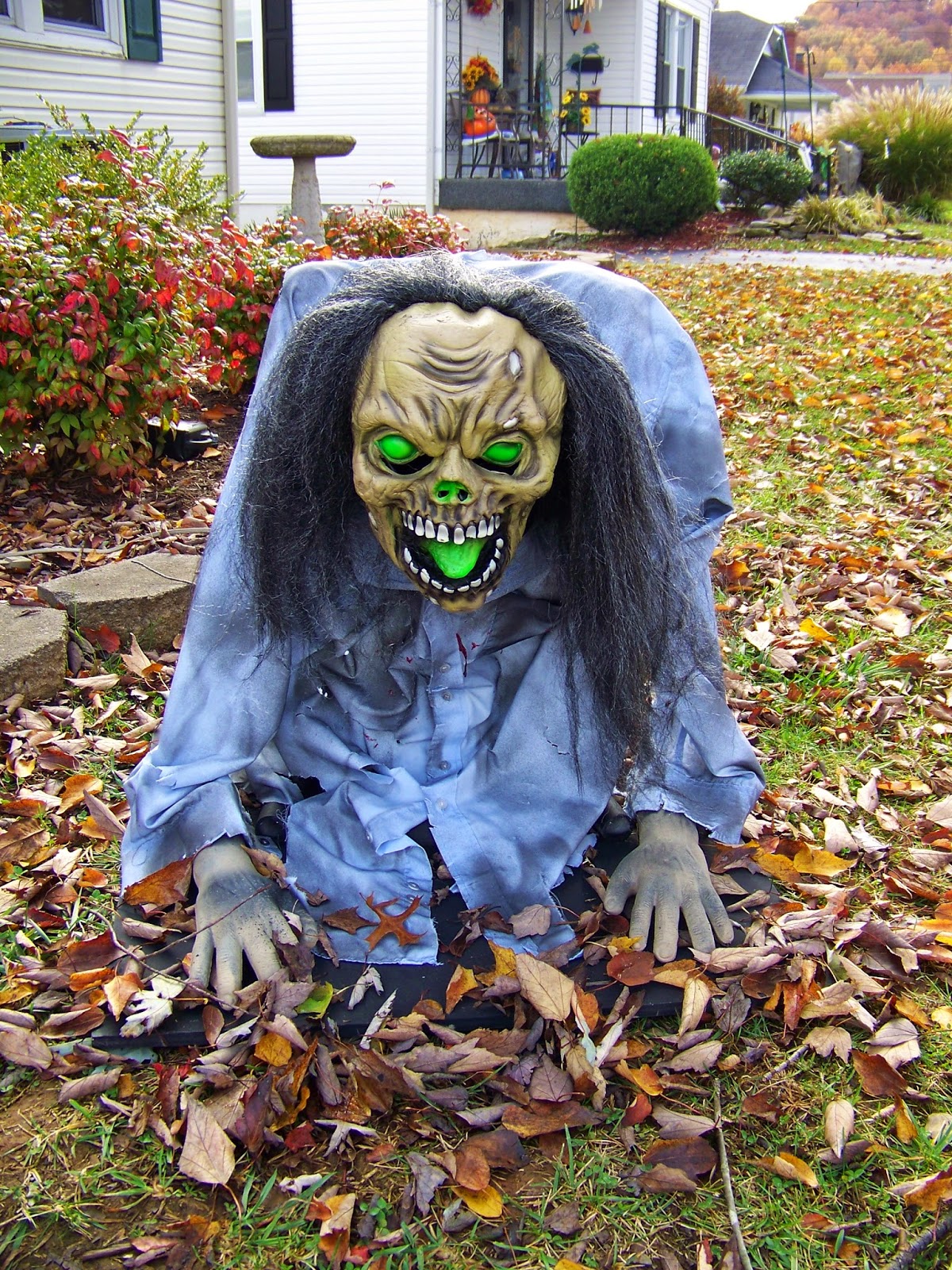 The "Toxic Zombie" is my first attempt at making a making a moving prop.  I saw some "ground-breaker" zombies that spat fog and decided to try building my own.  I took an old osculating fan and rigged it up in such a way to make the head move.  I put a radio in the chest cavity and had it growling, which actually spooked more adults than kids.  Unfortunately, I couldn't manage get the fog to come from his mouth in a fully satisfying way.  The prop just ended up looking like it was on fire or something.  Pretty cool, but not exactly what I was going for.  I can't decide if I want to try to make it work again this year or not.

With Halloween being less than 75 days away, it's well past time to kick preparations into high gear.

As far as the blog is concerned, I'm afraid I may have to take a bit of a hiatus.  However, I am toying with the idea of sharing some "how-to" posts complete with pictures in the future, if anyone would be interested in such a thing.  The only problem is that such posts may end up being published after Halloween considering the amount of work I'm planning on undertaking in the coming weeks...
Posted by Jonathan Brinson at 9:11 PM