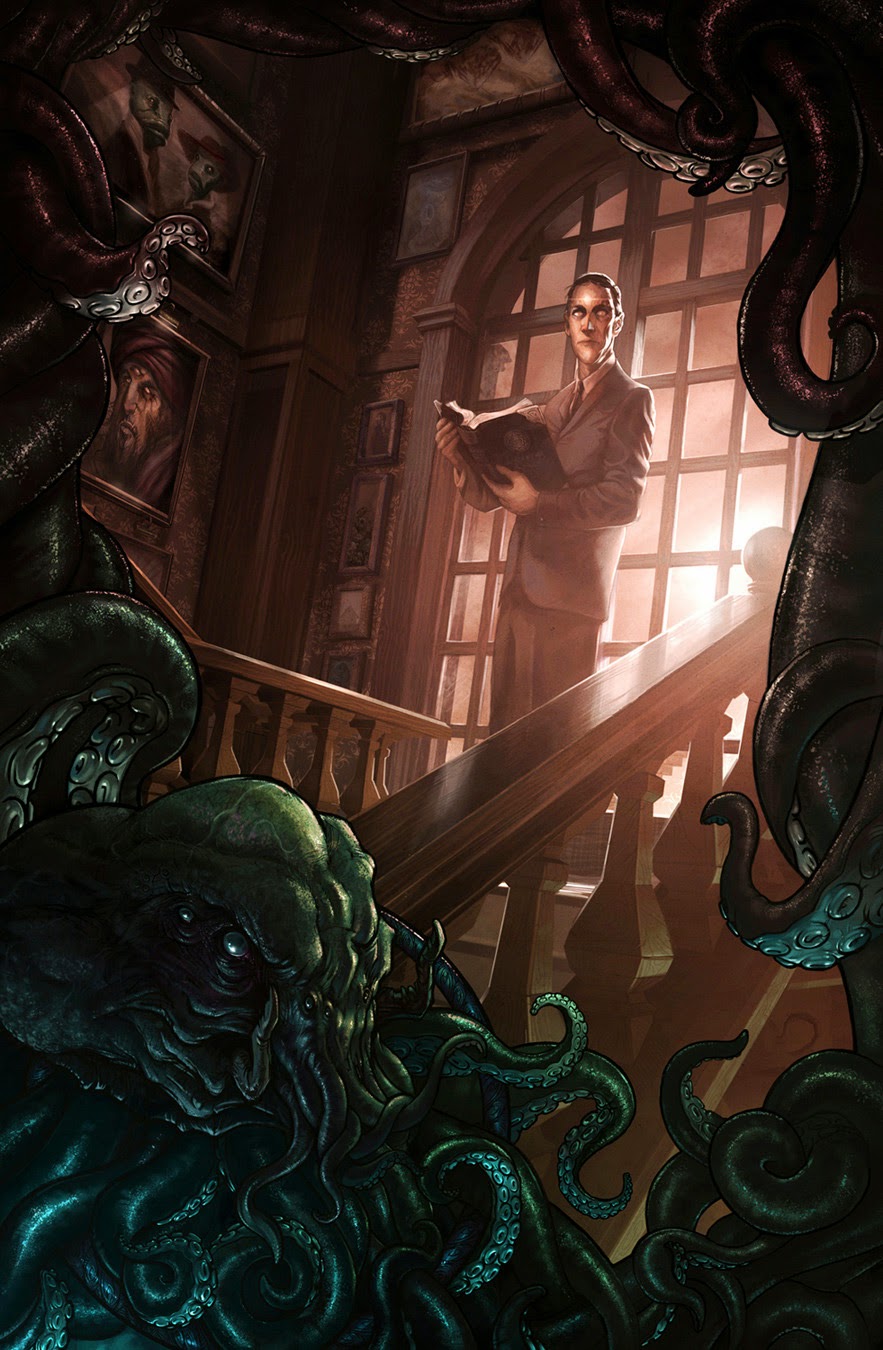 Howard Phillips Lovecraft was born on this day in 1890.

Lovecraft was an author who remains most famous for his works of supernatural gothic horror.  The writer was particularly interested in exploring the horrors of madness and an indifferent universe.  Most of his contributions to the genre were printed in pulp magazines such as Weird Tales Magazine.  Among Lovecraft's most notable creations are the arcane grimoire known as the Necronomicon and, of course, the tentacled, malevolent deity called Cthulhu.

Unfortunately, like so many artists ahead of their time, Lovecraft's talents were not fully recognized in his time and he died in obscurity and poverty.  In spite of this, the writer left behind a treasure trove of what are now considered classic stories. While not appreciated in his own time, Lovecraft has achieved a sort of immortality, having inspired and influenced a myriad of modern writers, directors, and other artists.

Artwork by Barret Chapman.
Posted by Jonathan Brinson at 8:48 PM