Hellboy - "The Corpse" by Mike Mignola 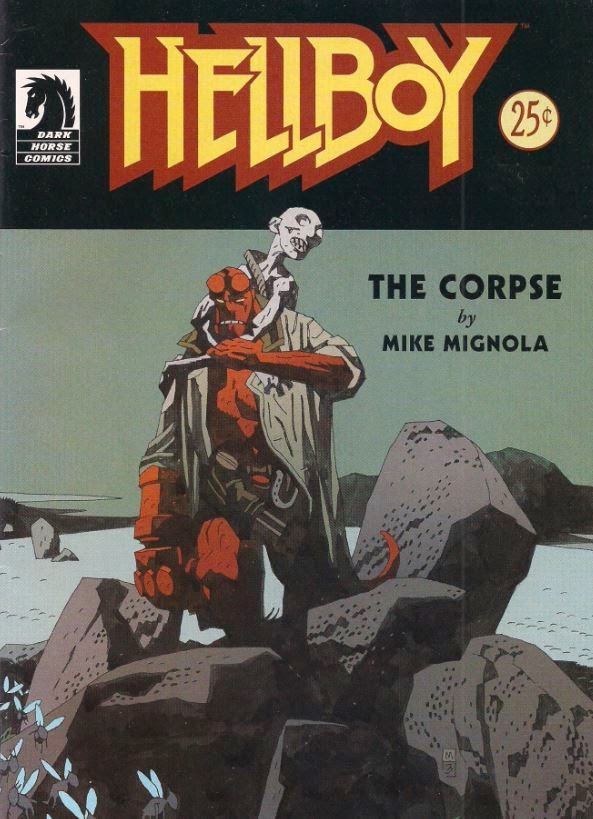 I remember the first time I heard the name "Hellboy"... I just kind of scoffed and rolled my eyes.  Of all the possible titles for a comic book, this had to be the most ridiculous.  So, of course, from my discerning middle school viewpoint, it had to be bad.  For several years I resisted reading the comic.  Besides, at this point I was more caught up in high-brow stuff like Spider-Man and the X-Men.  It wasn't until later on in  my high school days that I finally gave Hellboy a chance...  and found out that I had been missing out on something truly special!

"The Corpse" was the first Hellboy story that I read and it remains my all-time favorite.  When anyone asks me to recommend them a "good comic" this is the one I pull out.  Mike Mignola has such a great sense of pacing in his stories, when reading his comics it's almost like watching a movie at times.  Mignola is not only an accomplished storyteller, but also an amazing artist.  At first glance his work may seem simplistic, but you can quickly appreciate his use of shadow which serves to enhance the mood. 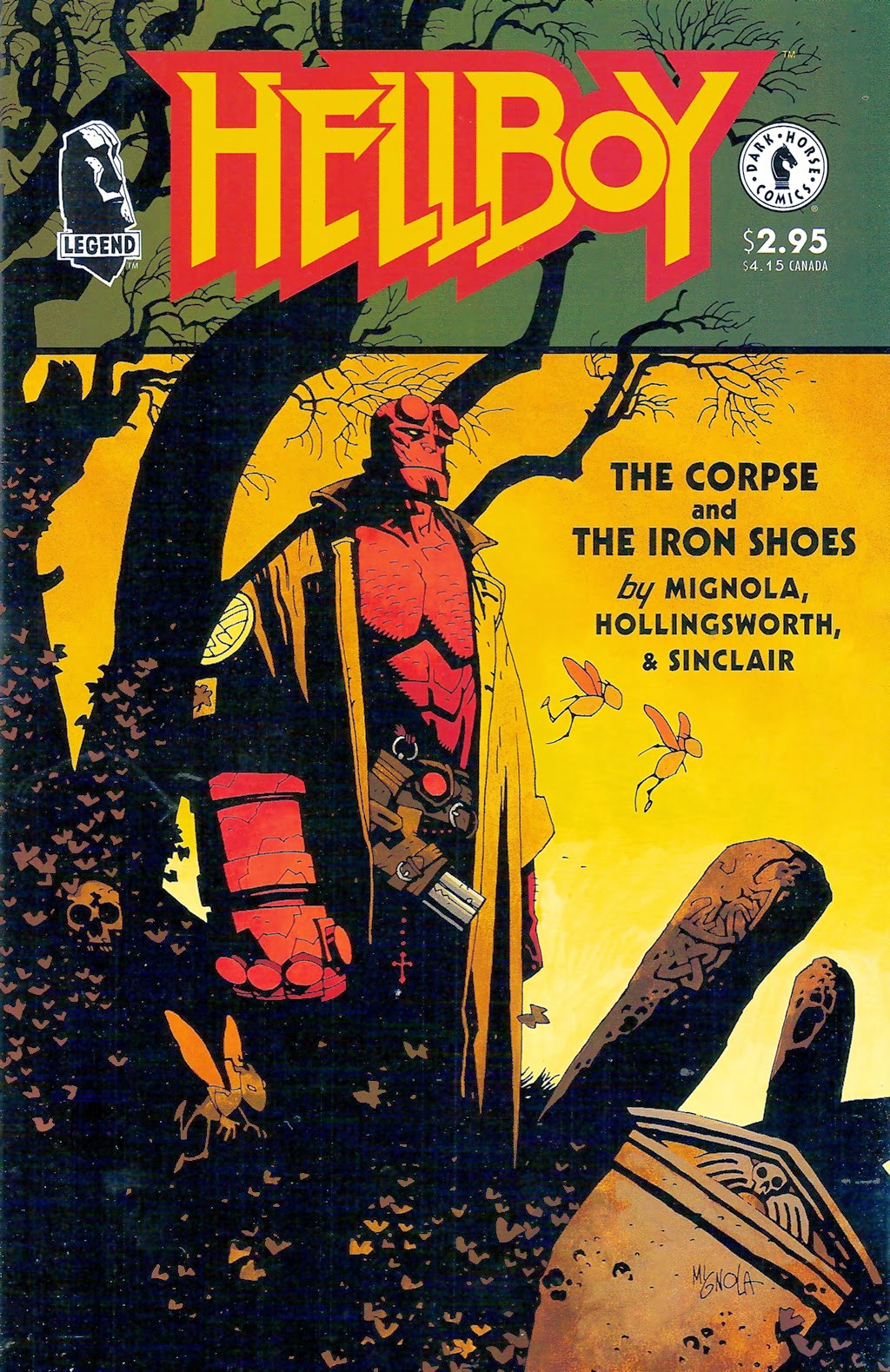 Mignola's stories are often influenced by various folk tales that he has read though the years.  No matter where on Earth Hellboy finds himself in his travels, you can bet that Mignola has read the local folklore and is going to include a ghost or monster unique to that area  For this particular story Mignola borrowed elements from an old Irish folktale, "Teig O'Kane and the Corpse" and incorporated elements from other Irish folklore like the changeling, the bouncing rock, and Jenny Greenteeth.

This story is great because it showcases pretty much everything that Hellboy is all about.  As a character, Hellboy is meant to be a "working-class guy" whose job just happens to hunting down monsters (despite his own heritage...  He's a demon who is destiny is become the Beast of the Apocalypse).  There's plenty of strange happenings, over-the-top action, and a some black humor tossed in for good measure!

Take a look at a few pages of  "The Corpse" and you'll have some idea of why Hellboy has managed to endure for the past 20 years... 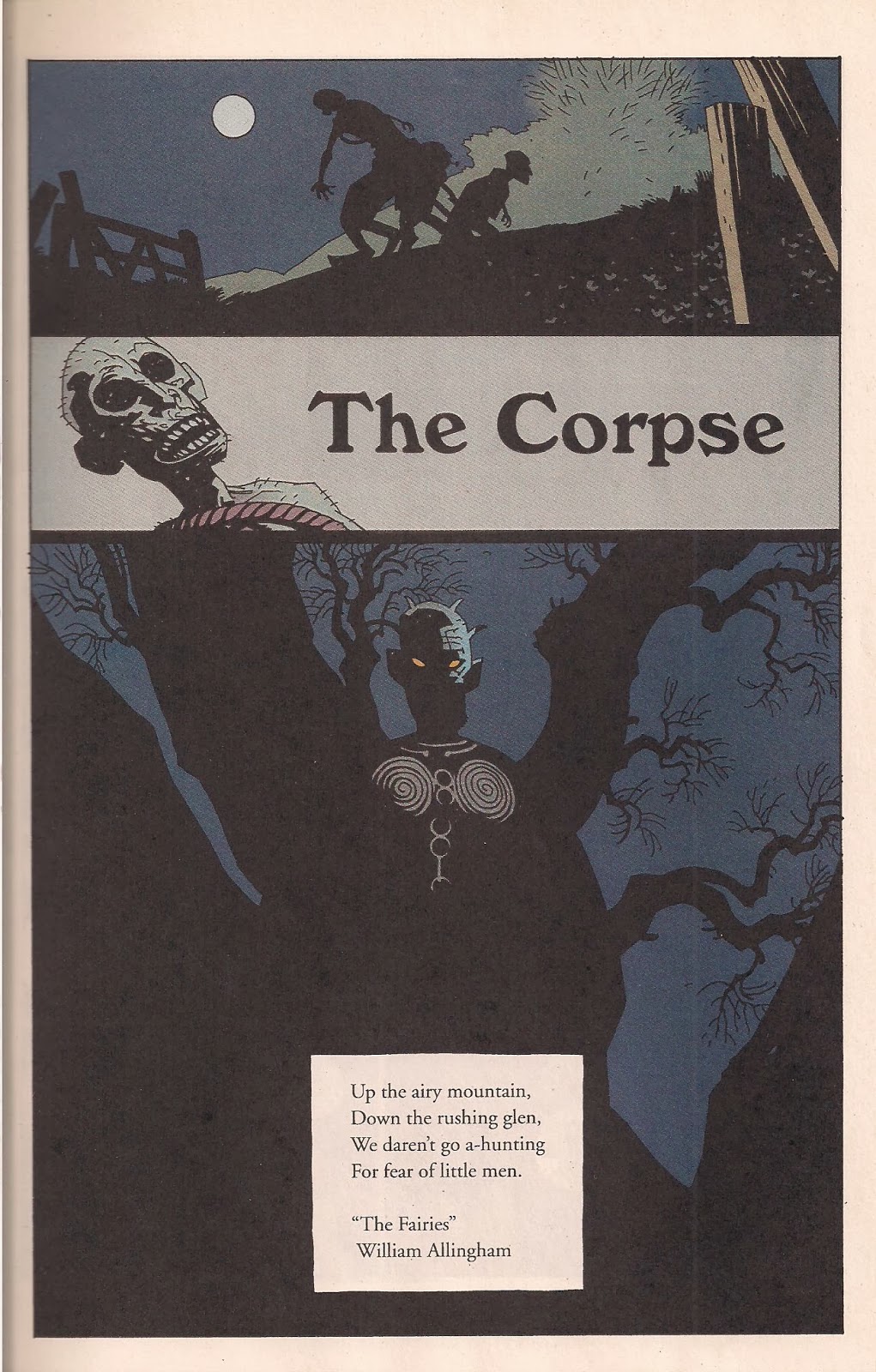 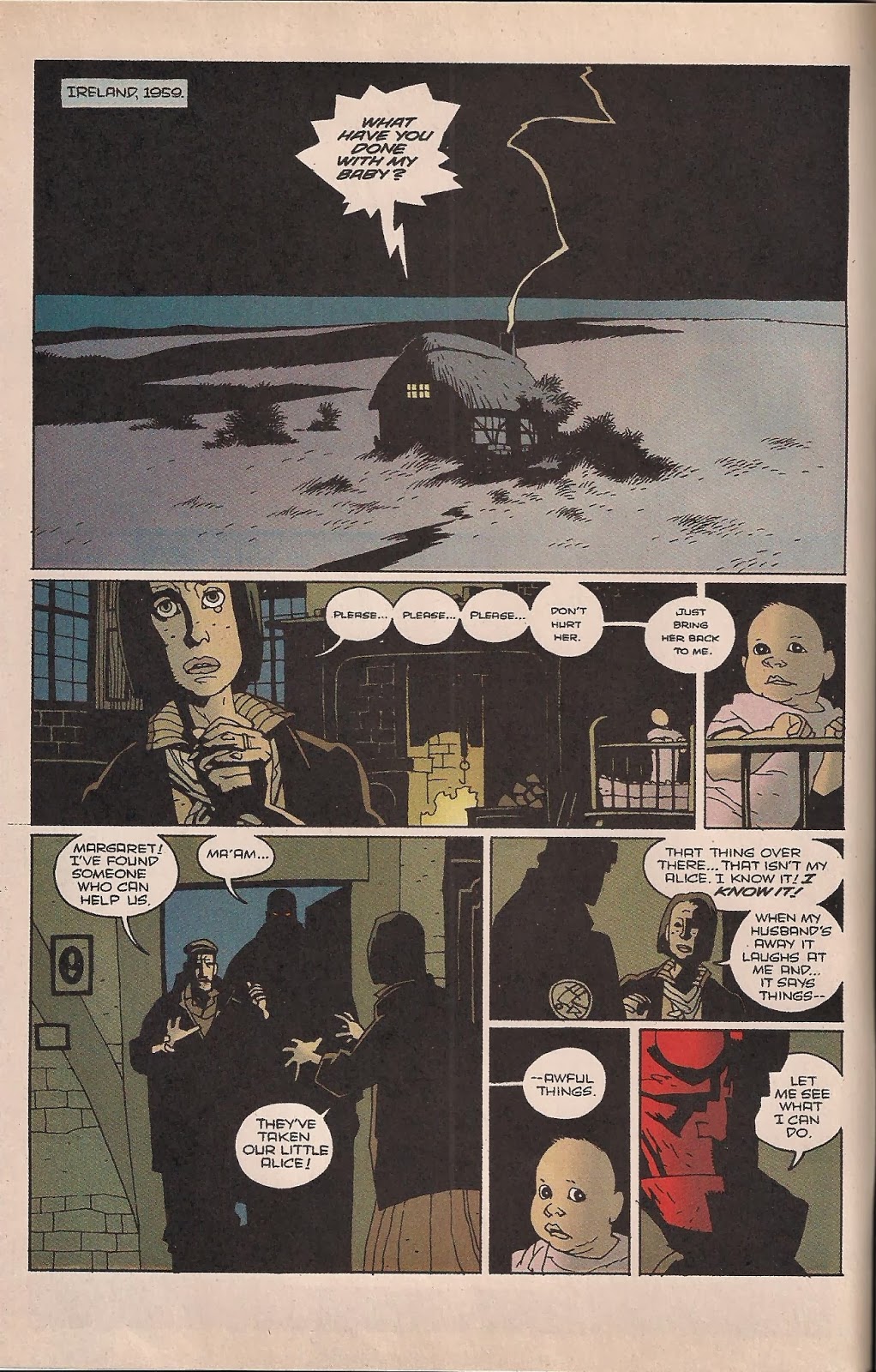 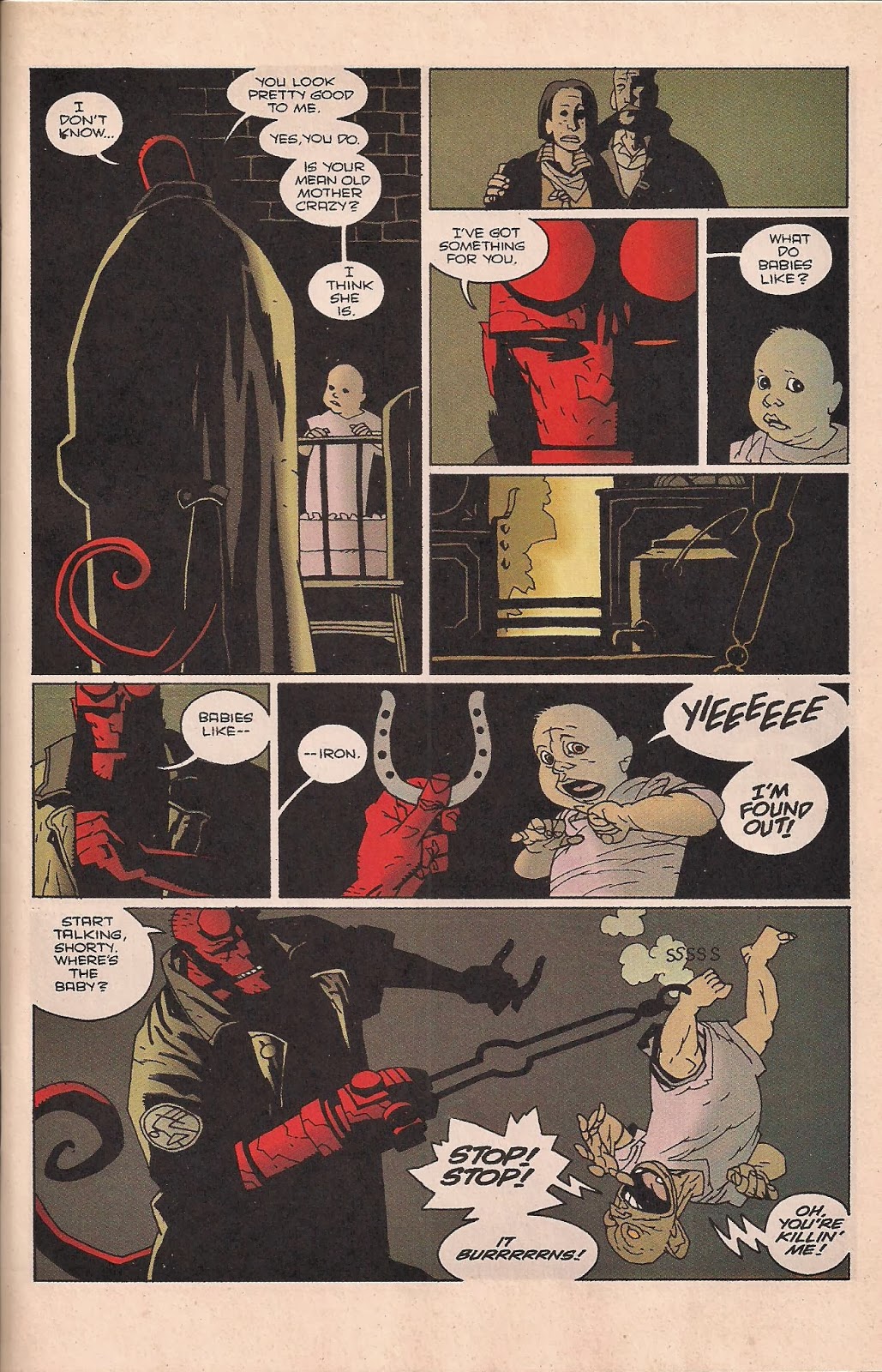 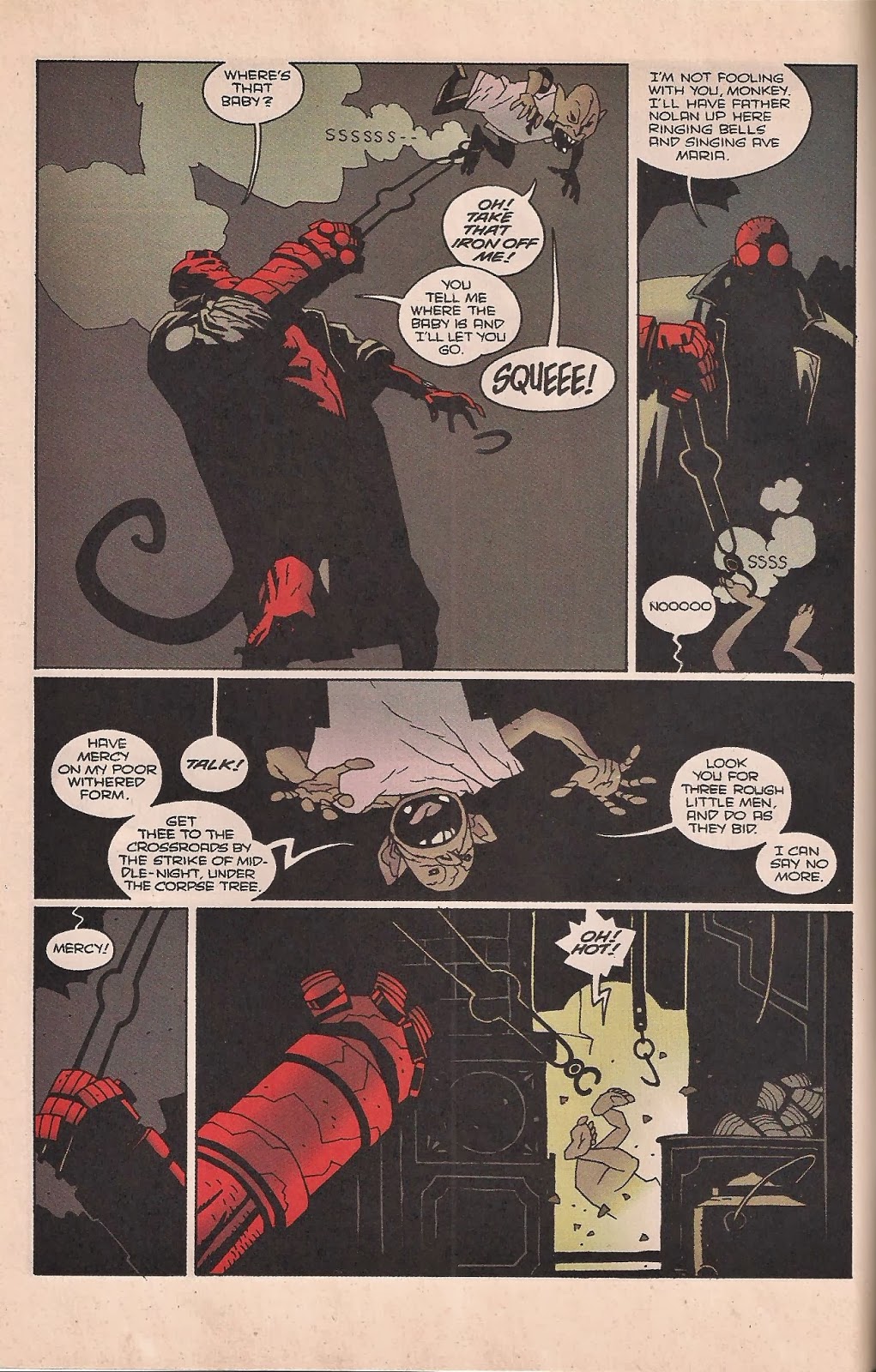 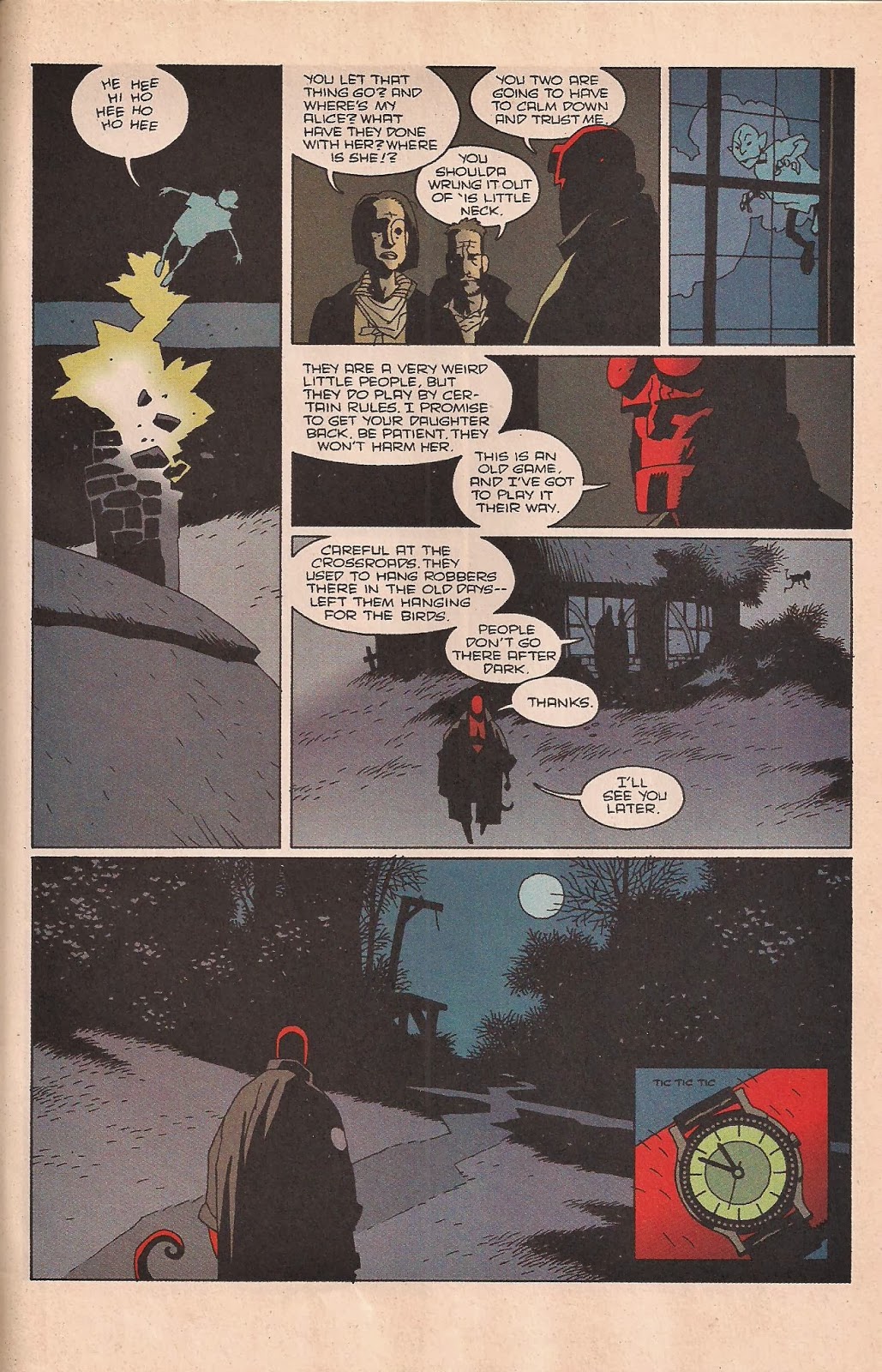 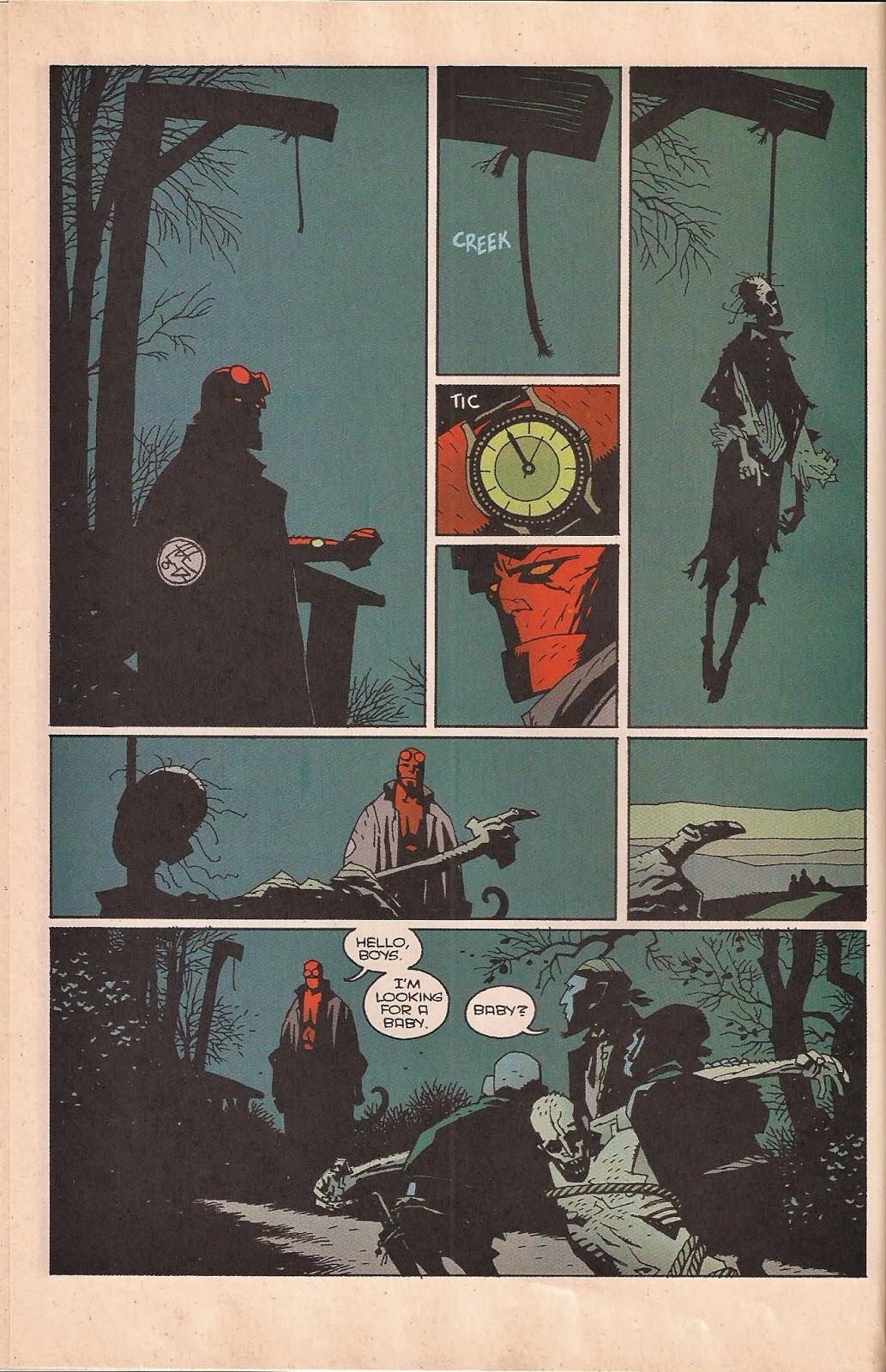 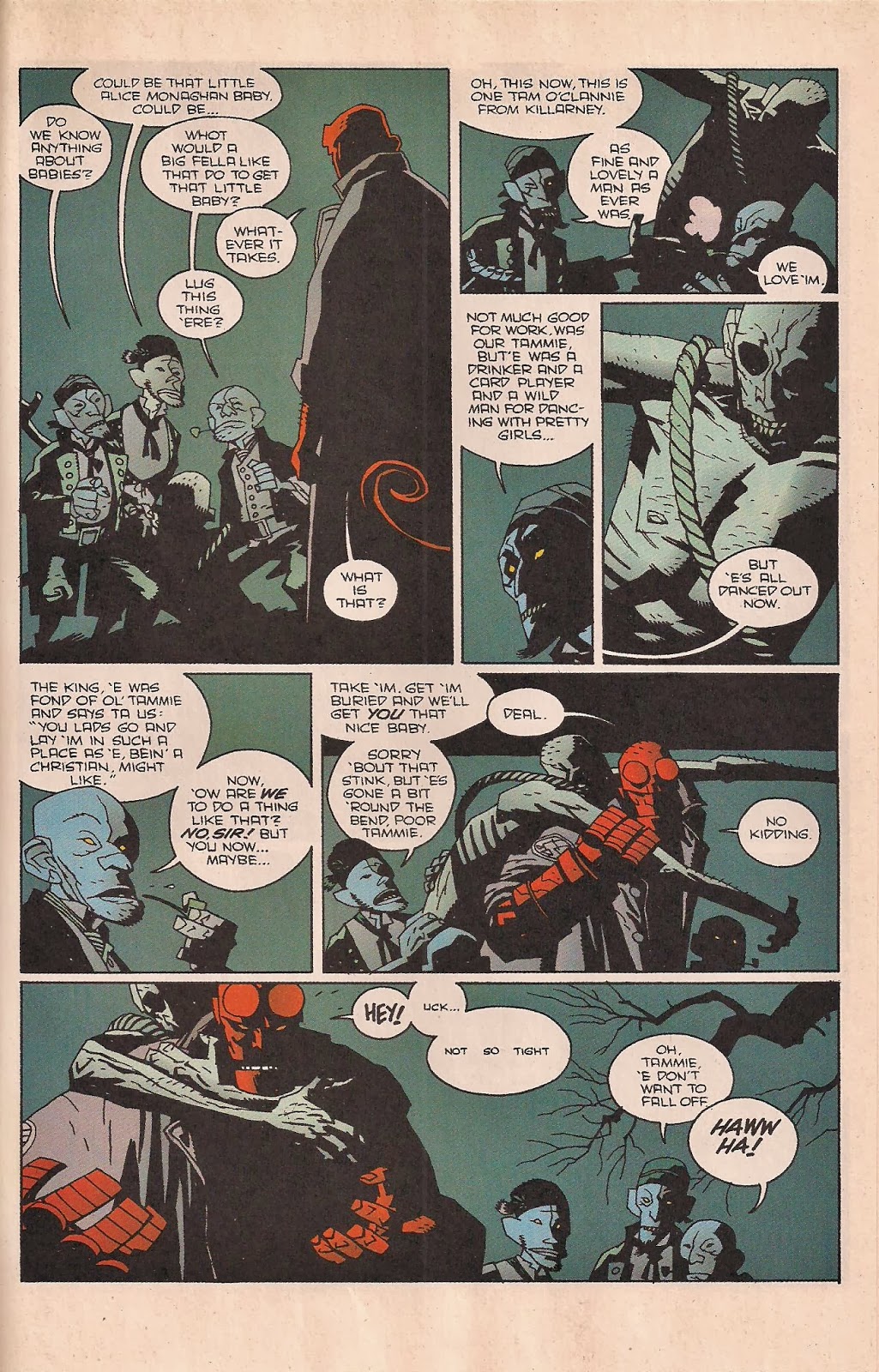 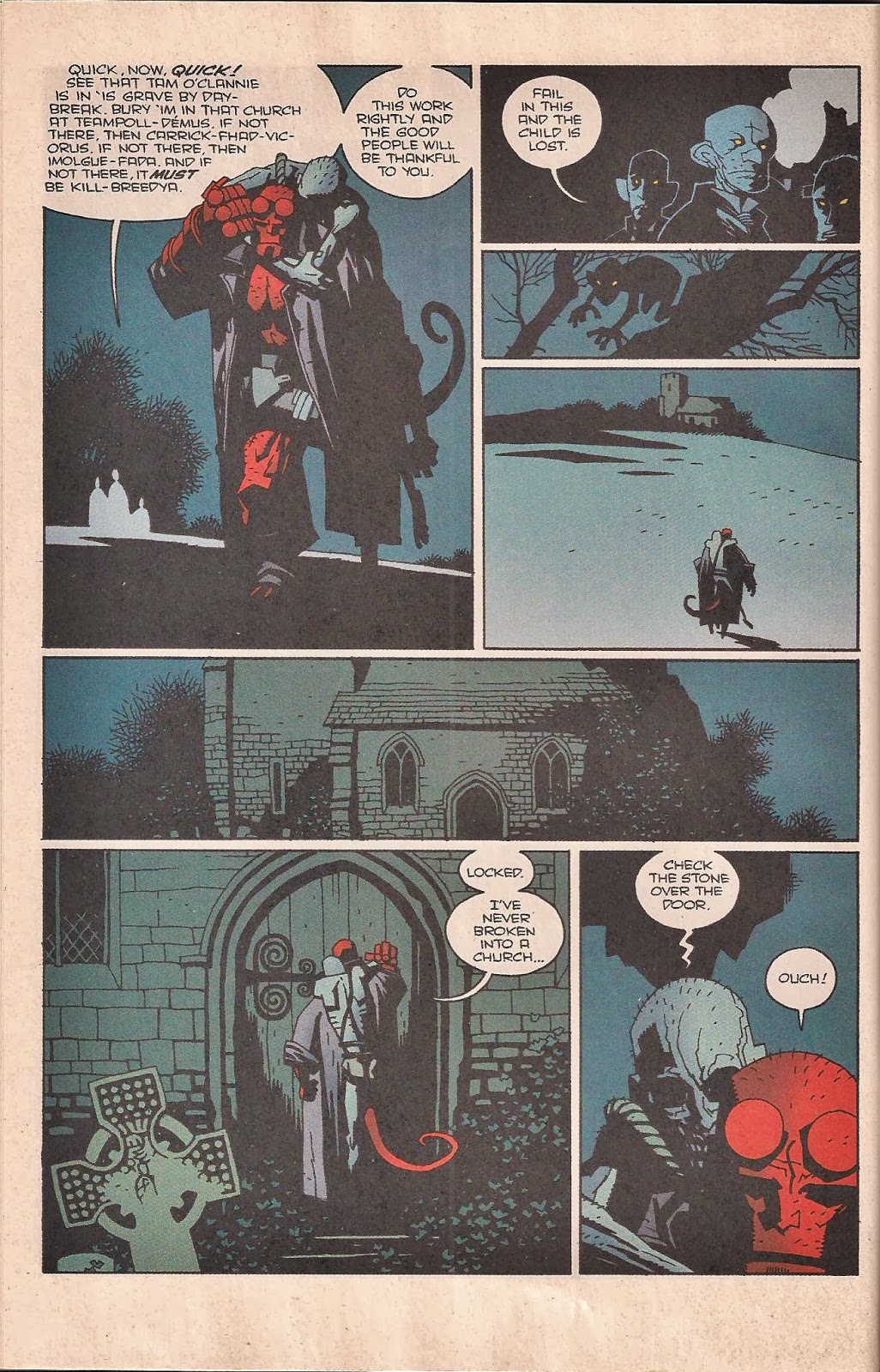 Posted by Jonathan Brinson at 6:10 PM