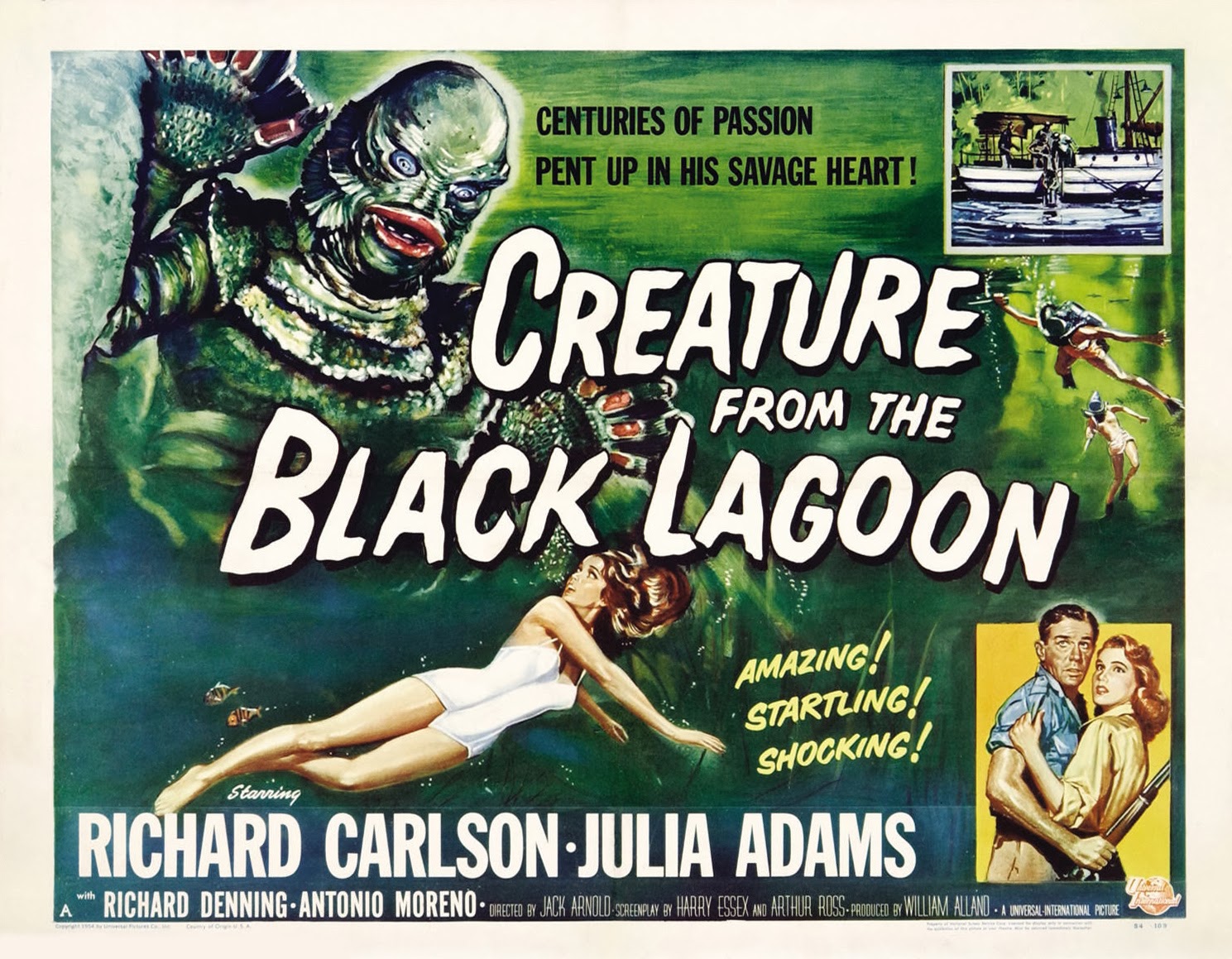 60 years ago today: Terror on the silver screen was unleashed in the form of a prehistoric fish man!  Creature from the Black Lagoon was released in to thrilled audiences across the nation on March 5th, 1954.  The film was released in "thrilling 3D" and film-goers gasped as the webbed hands of the titular Creature reached out at them from the screen. 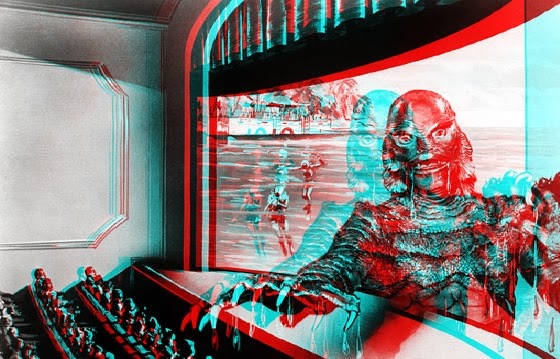 The story begins when a mysterious fossilized hand belonging to a presumably amphibious "missing link" is discovered, prompting an expedition to the Amazon.  When the explorers find that a specimen is still living, they seek to capture and bring it back to civilization for study...  And, of course, everything goes horribly, horribly wrong. 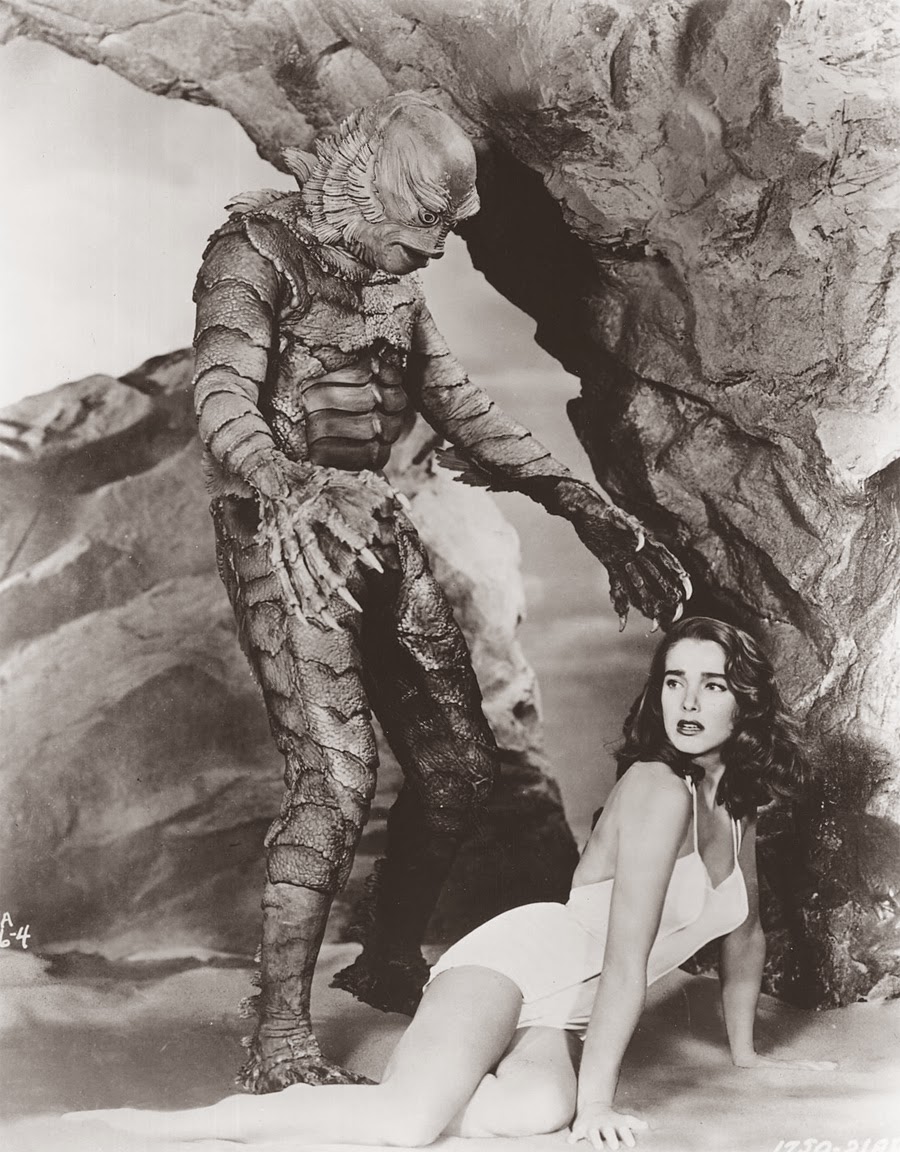 Part of the appeal of the Creature from the Black Lagoon is the "Beauty and the Beast" element to the plot.  The Gill-Man is a misunderstood monster who, being the last of his kind, seeks out a mate in the beautiful Kay (played by Julia Adams).  Despite being a monster, the audience can understand the Creature's motives and sympathize with him.

The Creature stands out among so many countless B-movie monsters that we being churned out in the 50's.  The Gill-Man's popularity even to this day is a testament to its creators.  The Creature's design is so often emulated today that movie "fish man" can't avoid some scrutiny and comparison to this classic monster.

Posted by Jonathan Brinson at 4:41 PM