"Change into Something Comfortable" - Creepy 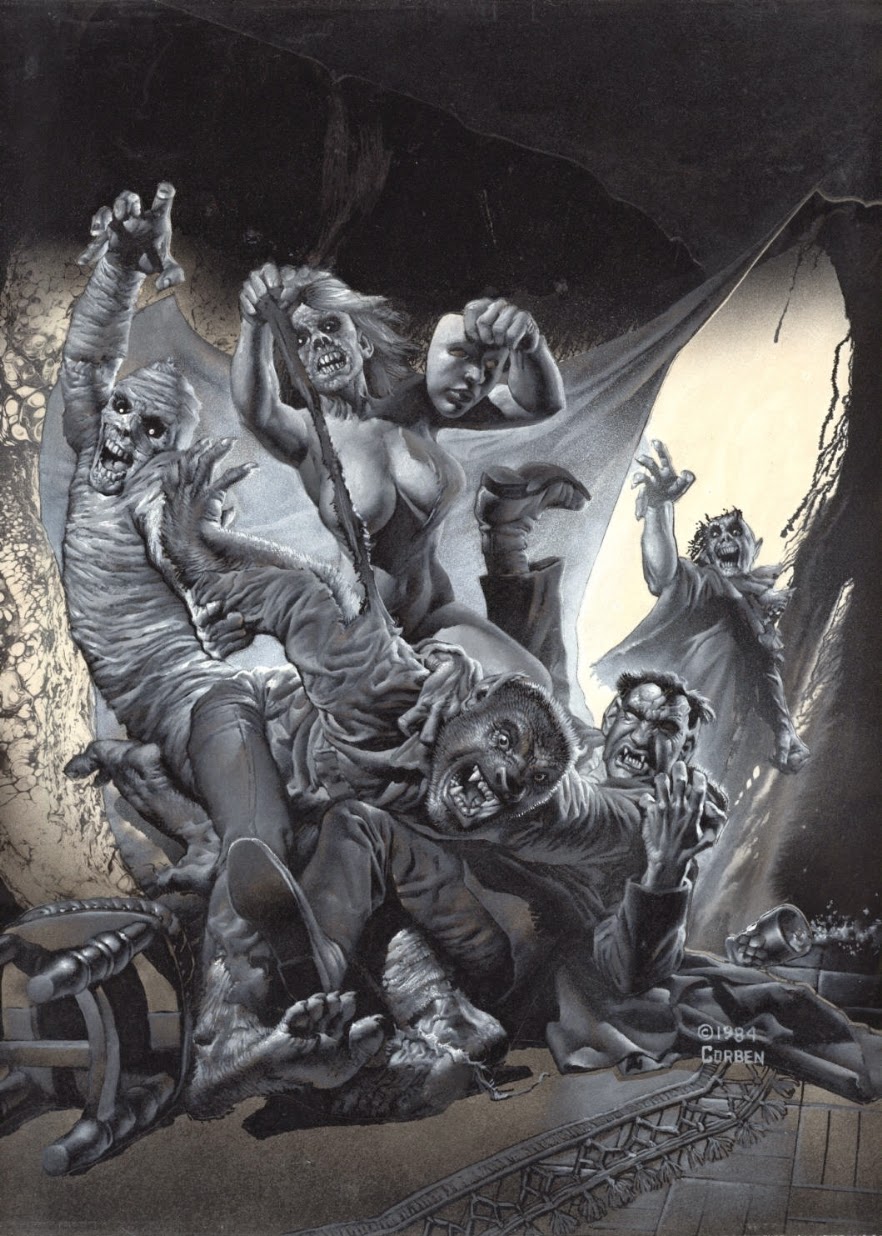 Creepy was another one of Warren Publishing's comic magazines that was published in the 70's and into the early 80's.  Technically Creepy came first and was met with such success that Eerie was not far behind.  (I've discussed Eerie before, if you recall.  Also, you've already met Creepy's horror host Uncle Creepy in a previous post).

One of Warren's most prolific talents was illustrator Richard Corben who created the artwork for the cover above and the classic story below.  Be on the look out for more Corben in the future, he's one of my favorites! 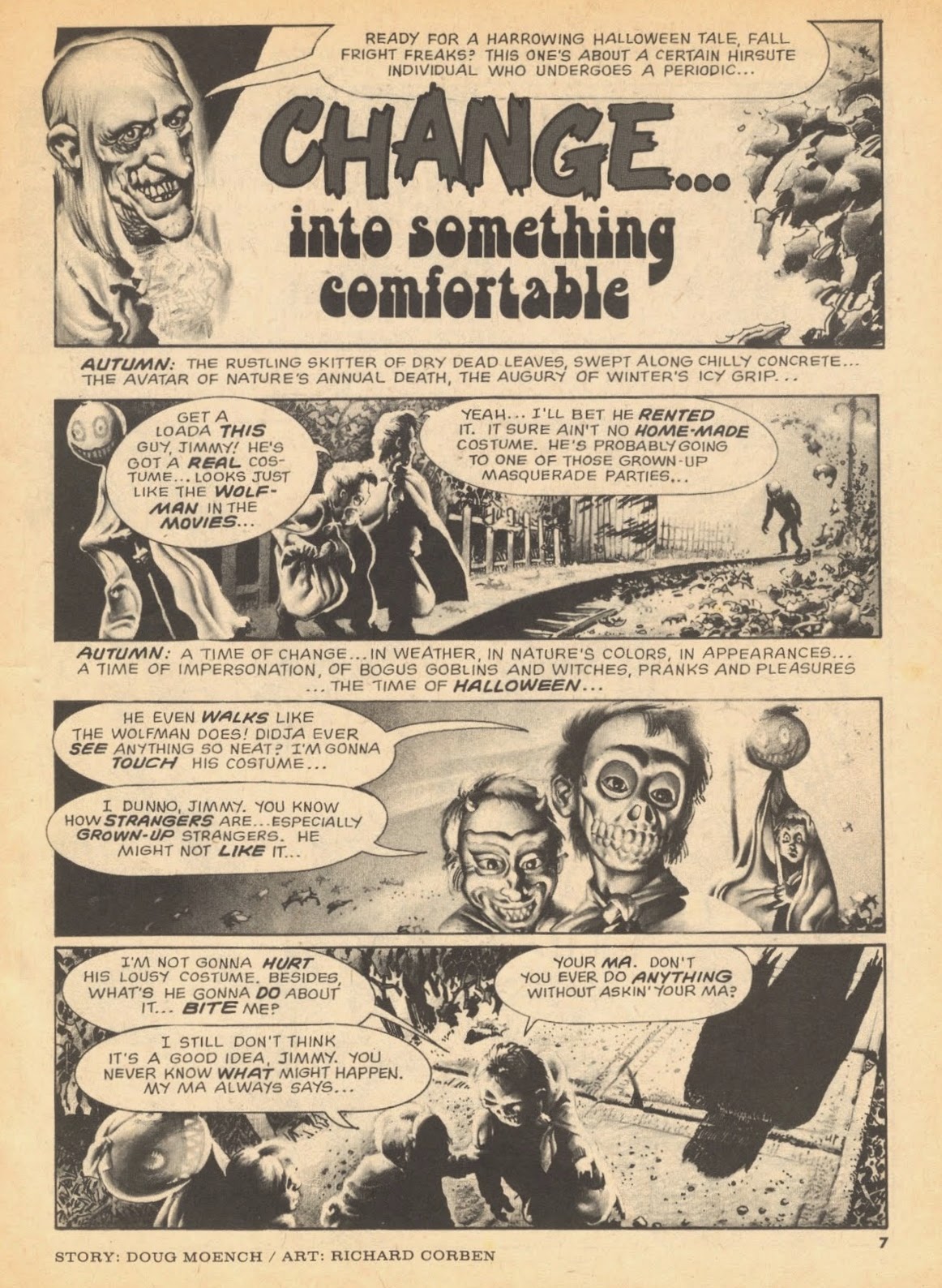 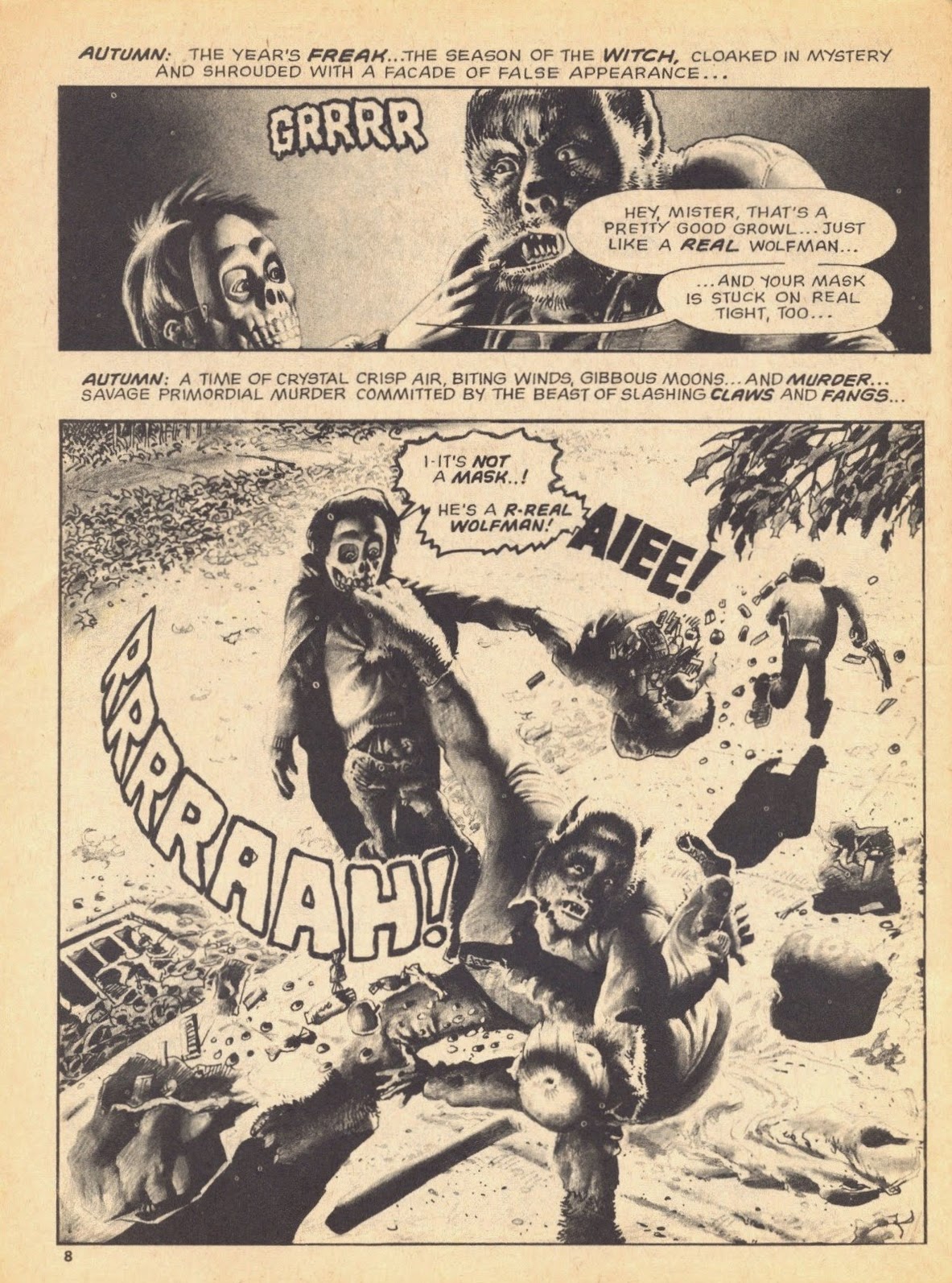 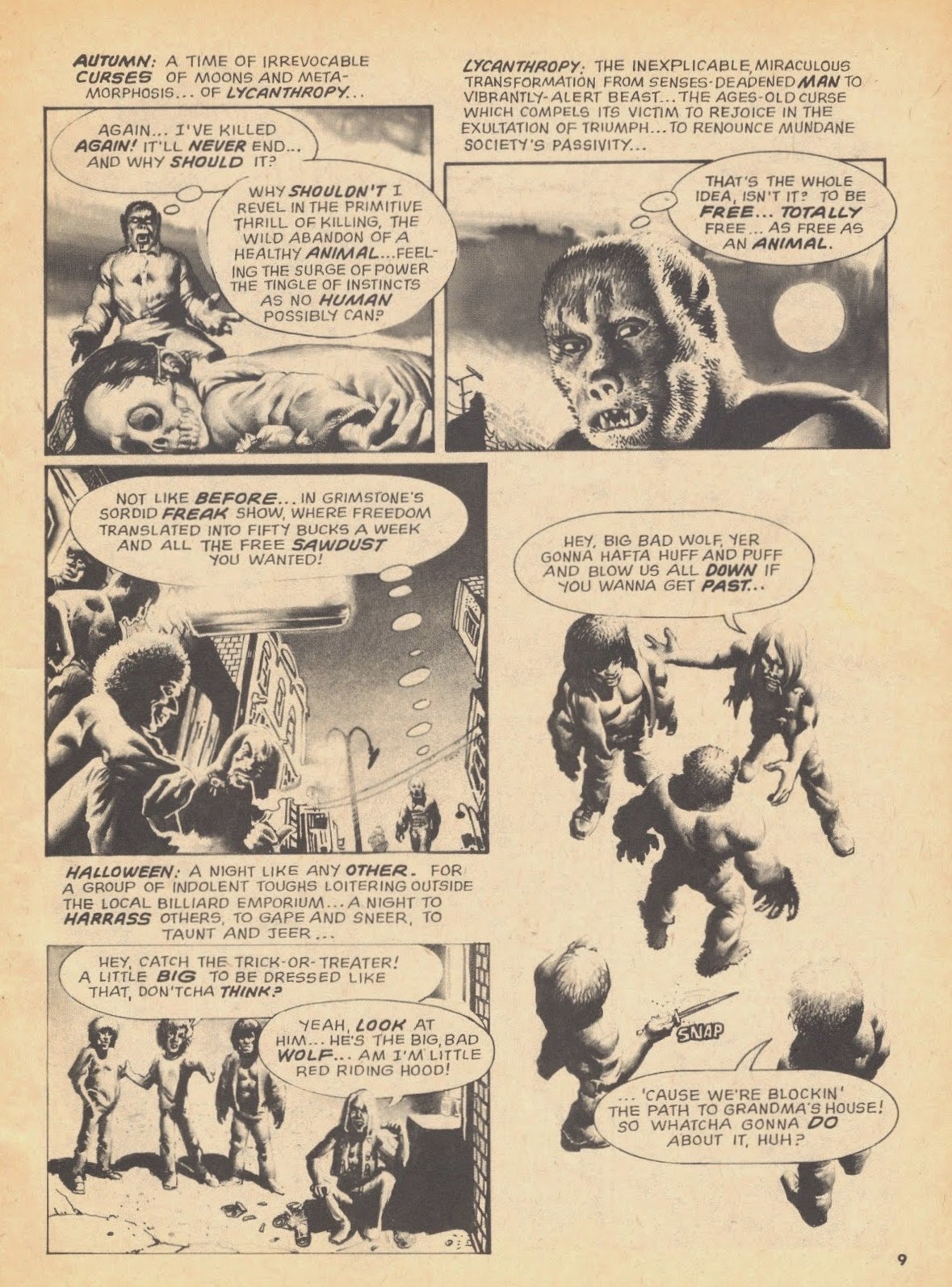 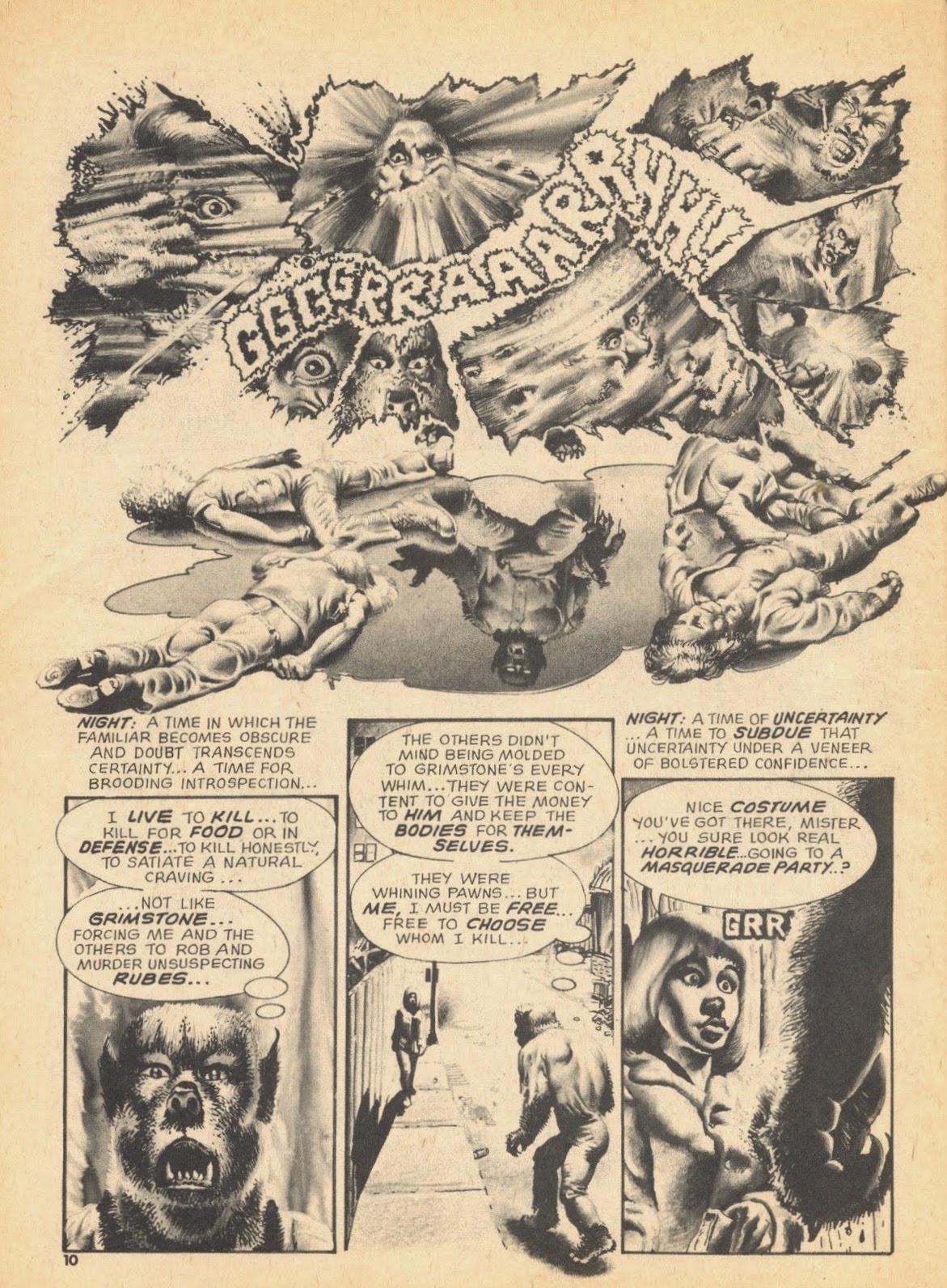 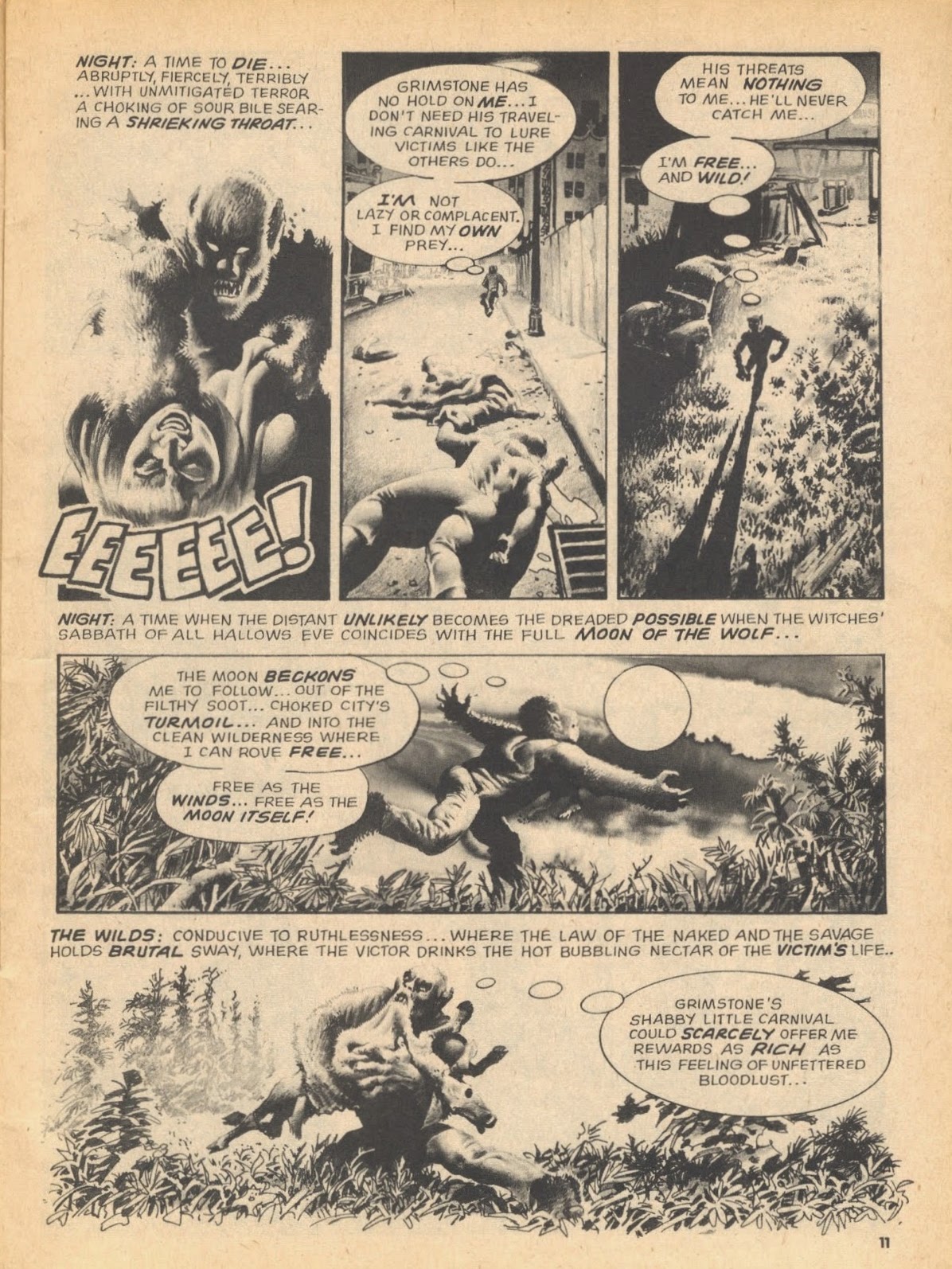 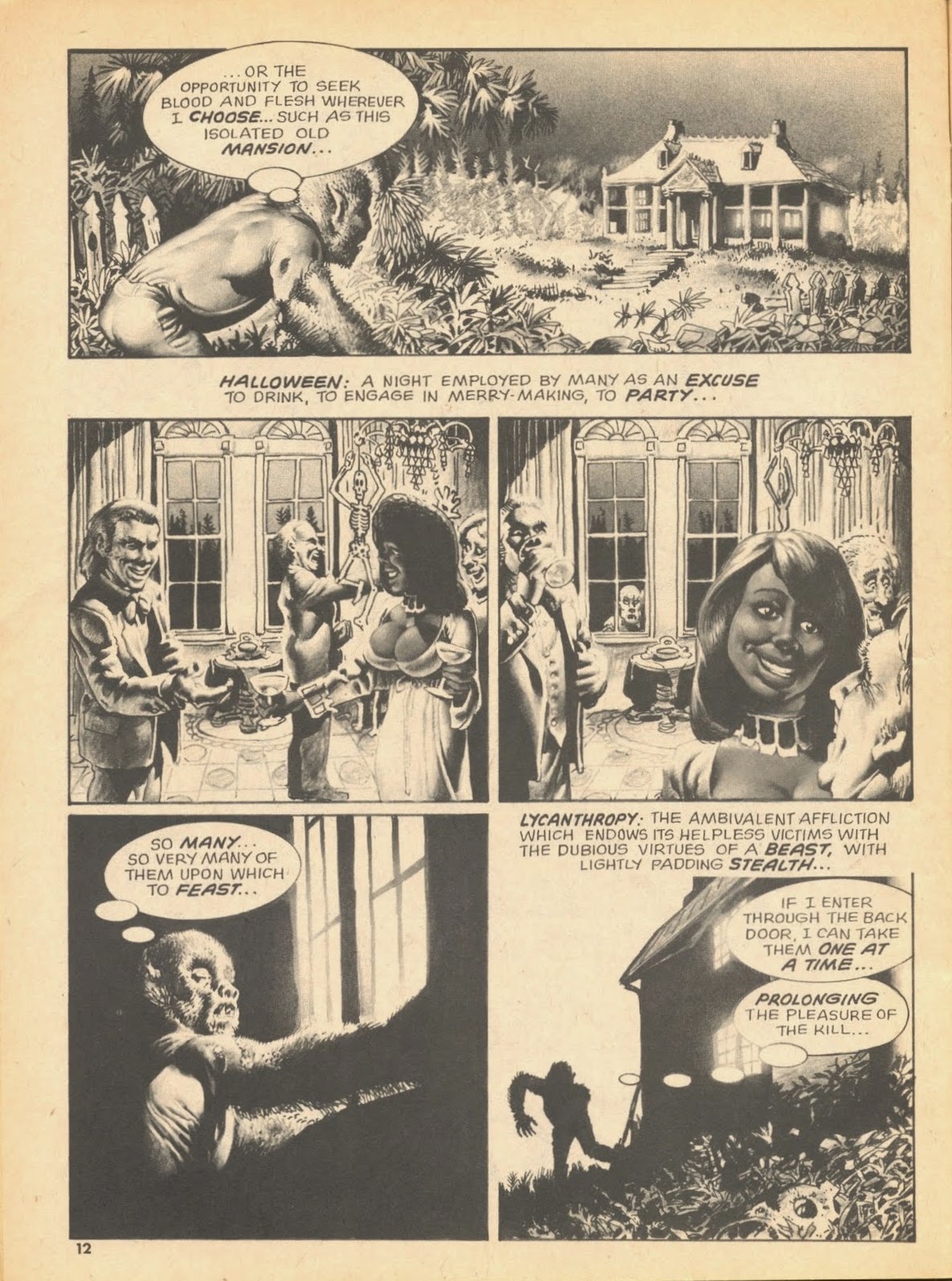 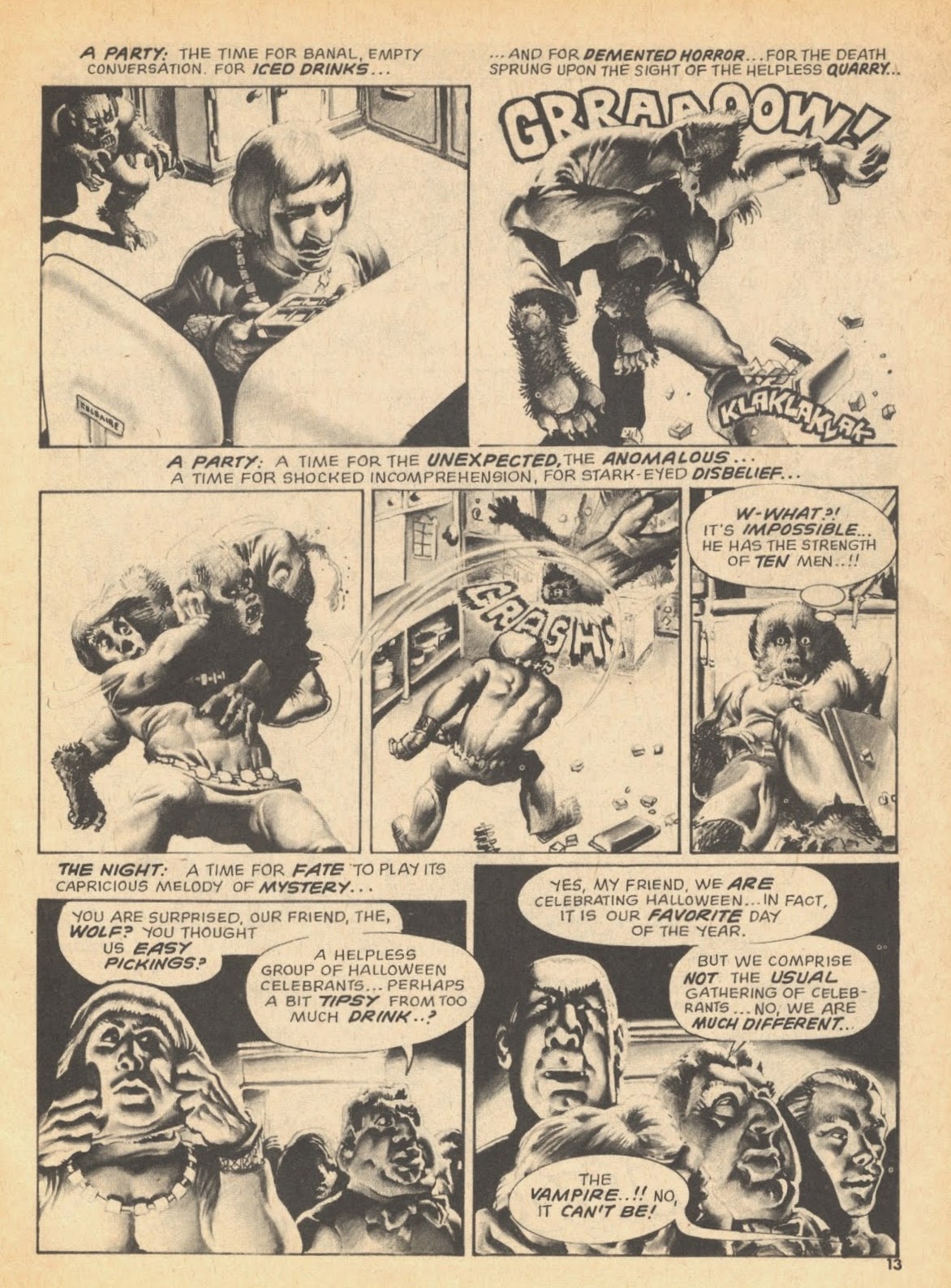 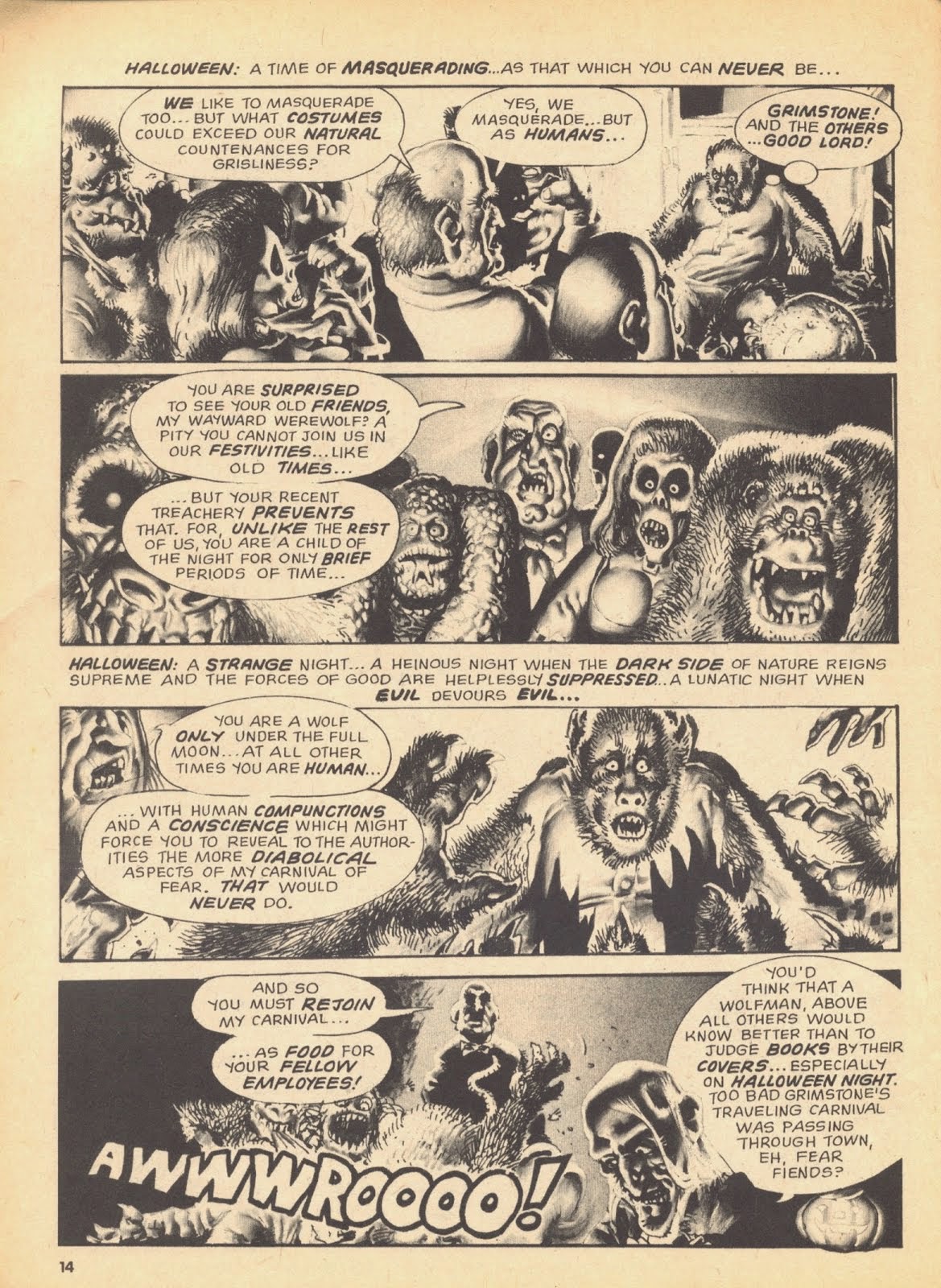 "Change into Something Comfortable" was originally published in 1984 and was written by Doug Moench.

Always on the look out for new issues of Creepy and Eerie to add to my collection, I was thrilled to find a selection at a recent comic convention.  I was doubly excited to get my hands on an "All Corben" issue that reprinted some of the artists best stories at the time.

Funny story:  As soon as I picked the magazine up a gentlemen who sounded a lot like your typical surfer/stoner dude noticed the cover artwork and told me all about how he had read this very issue when he was growing up.  He then proceeded to completely ruing the ending for me...

"Monsters eating another monster?!?  I didn't see that coming!  That traumatized me as a kid, man!"

I suppose I would have been more disappointed, but the cover does kind of give it away...

Note:  You might have noticed that I took down Corben's adaptation of "The Raven".  After thinking about it for a while I decided that this comic might be more appropriate for the time of year.  I lose sleep over stuff like that...

Don't worry you worry, though, I'll definitely be re-posting it later on.
Posted by Jonathan Brinson at 11:59 PM