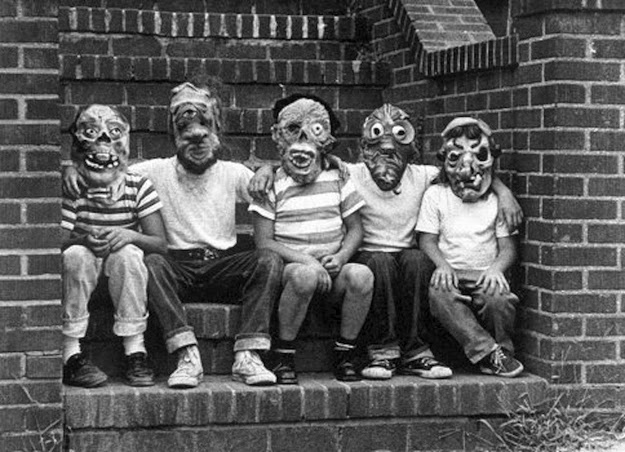 During the late 50's and up into the early 70's, it must have been a great time to be a fan of monsters!

At this time a subculture centered around the science fiction and horror genres captured the imagination of adolescents across the United States.  While it is difficult to pinpoint what exactly set off such rabid fandom, two contributing factors have their place at the epicenter:  "Shock Theater" and "Famous Monsters of Filmland". 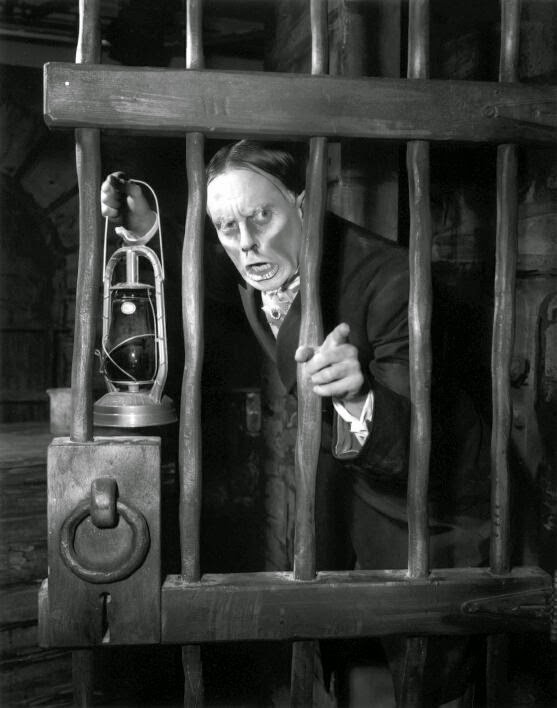 "Shock Theater" was a package of over 50 classic Universal horror films distributed to television networks for syndication in 1957.  Airing during the late night hours on the weekends, local television would broadcast movies such as Dracula and Frankenstein.  Such programs were typically presented by flamboyantly spooky "horror hosts" such as Vampira and Zacherly.  Later film packages that further stoked the flames included "Son of Shock" and "Creature Features". 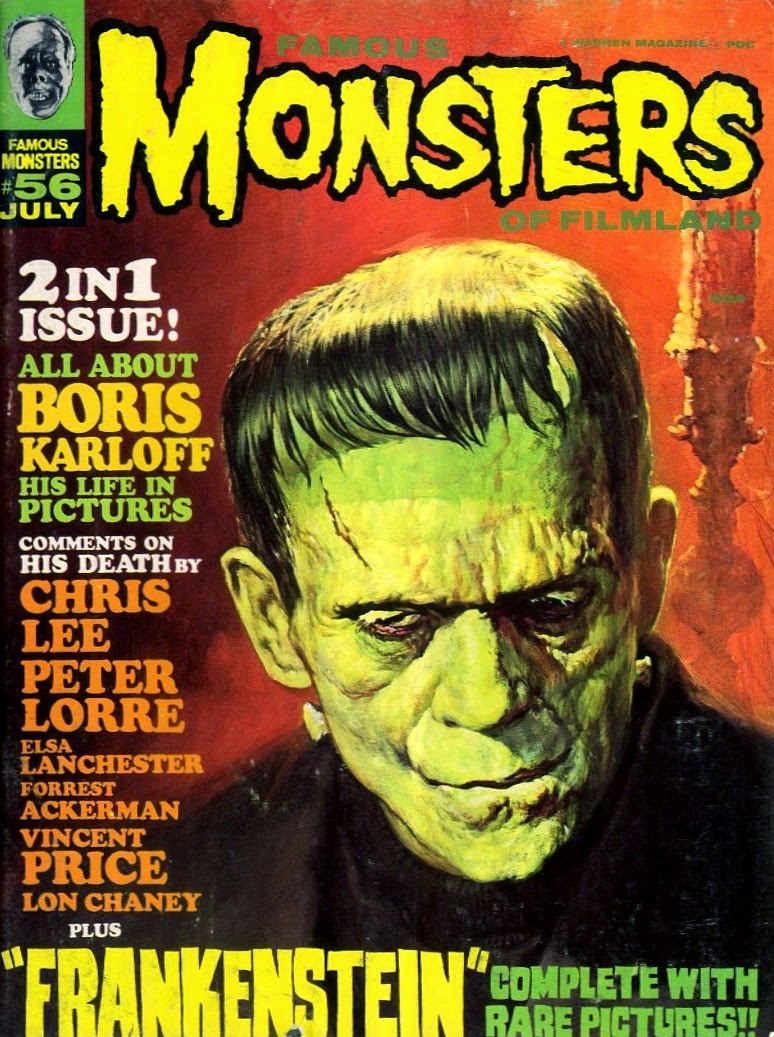 Coinciding with this resurgence in the interest in horror movies and the like was Forrest J. Ackerman's fan magazine "Famous Monsters of Filmland".  First printed in 1958, this publication consisted of articles about the "sci-fi" (Ackerman is credited with creating this term) and horror films old and new.  Interviews with filmmakers and special effects wizards gave many their first exposure to what goes on "behind the scenes" of their film fantasies.  The magazine was also unique in its devotion to its readership.  Famous Monsters would regularly feature fan-made artwork, movies, costumes, and other creations.

I'd better stop myself here to keep from writing an in-depth history lesson on the Monster Kid phenomenon  (although I think I'd like to do just that some time in the future), and revert back to the original topic I set out to present...

Seeking to further capitalize on this craze for all things monster, companies rushed to flood the market with monster and horror-related merchandise including masks, model kits, vinyl records, and other products. Primarily designed to appeal to juveniles, the back pages of these magazines such as "Famous Monsters" were filled with advertisements seeking to deprive young monster lovers of their hard-earned paper route and allowance money. 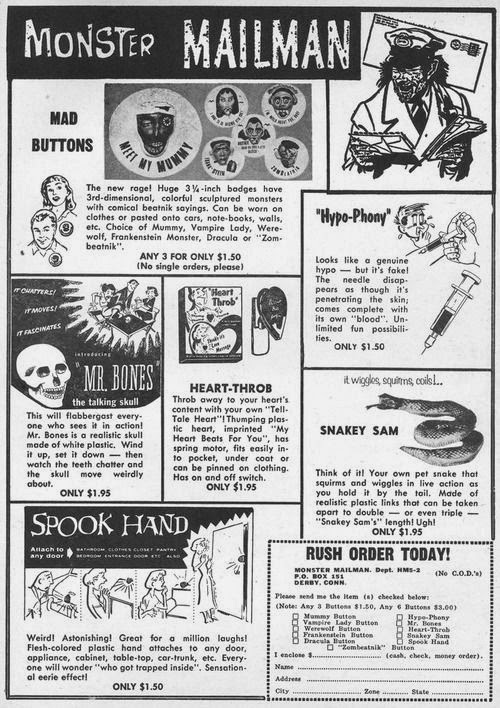 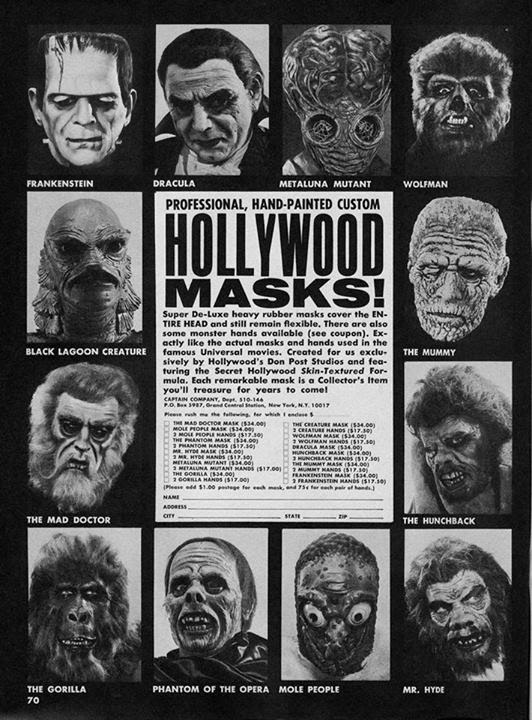 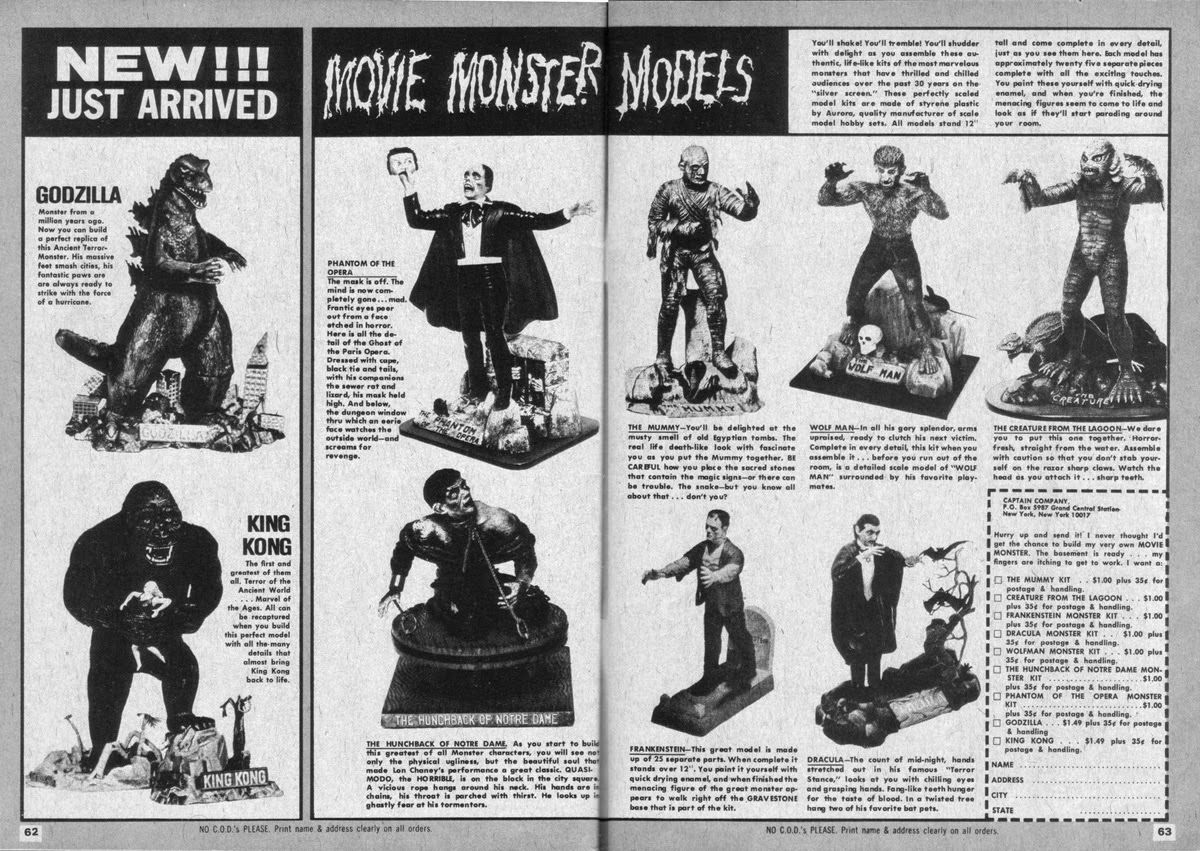 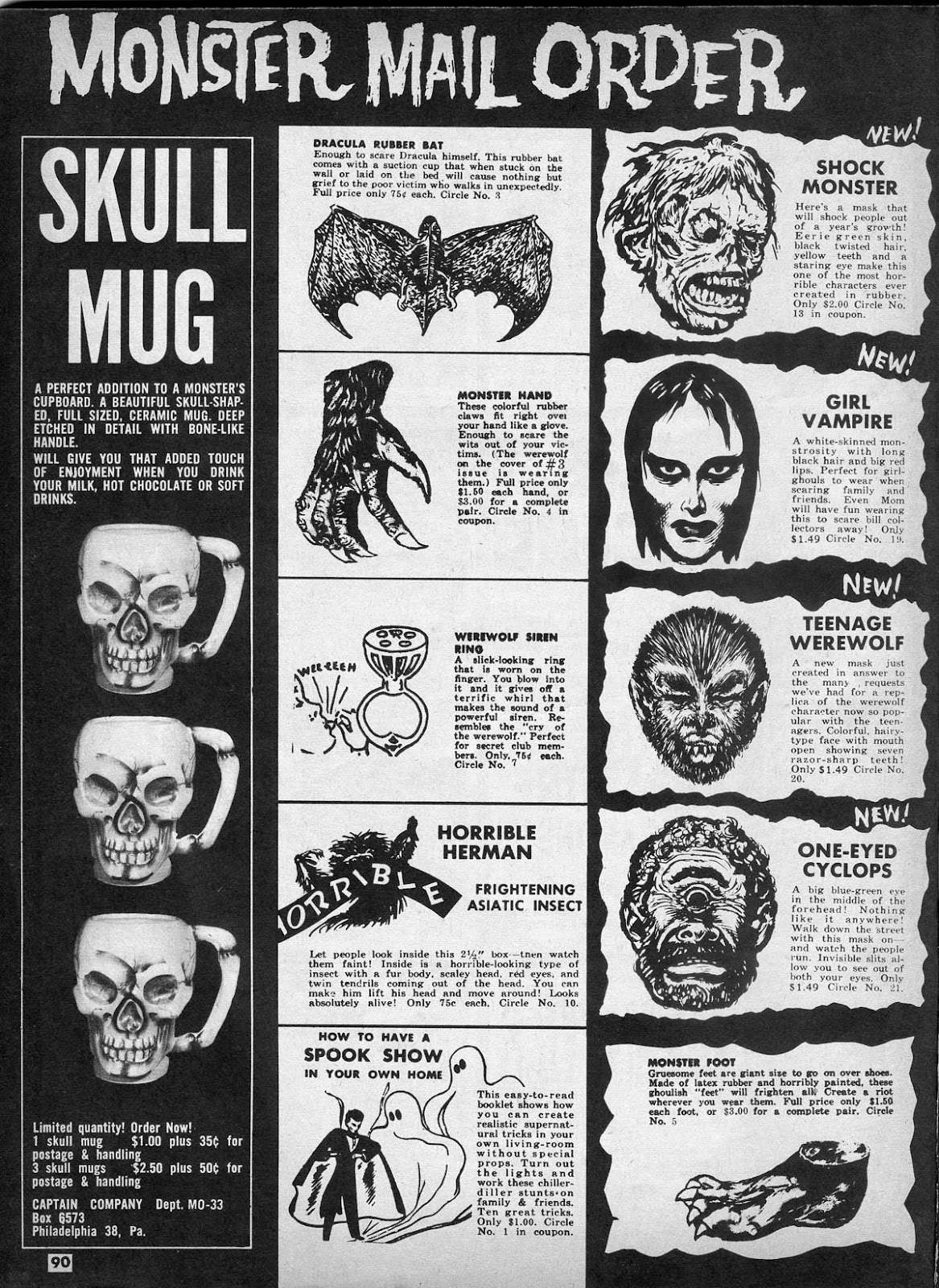 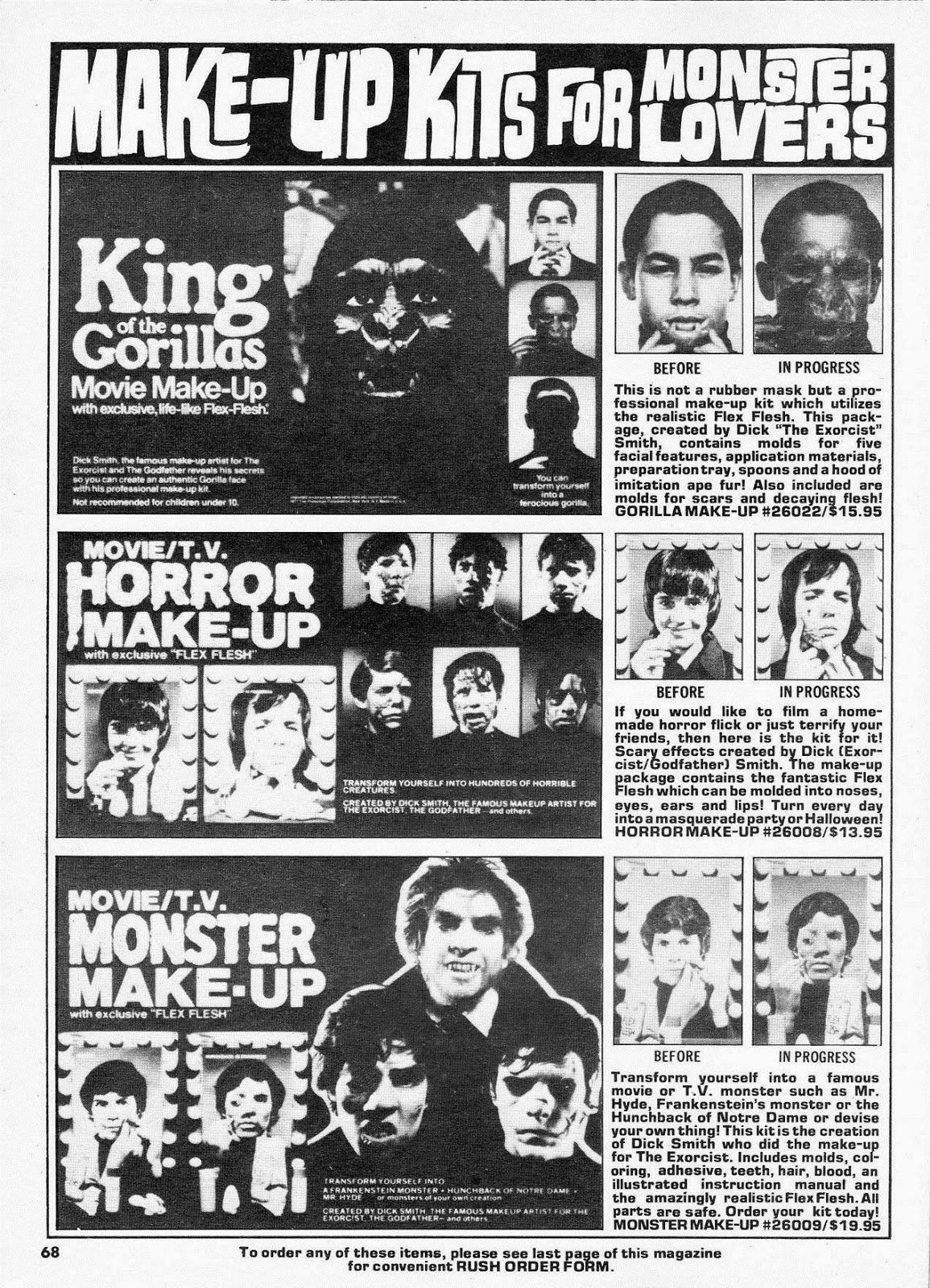 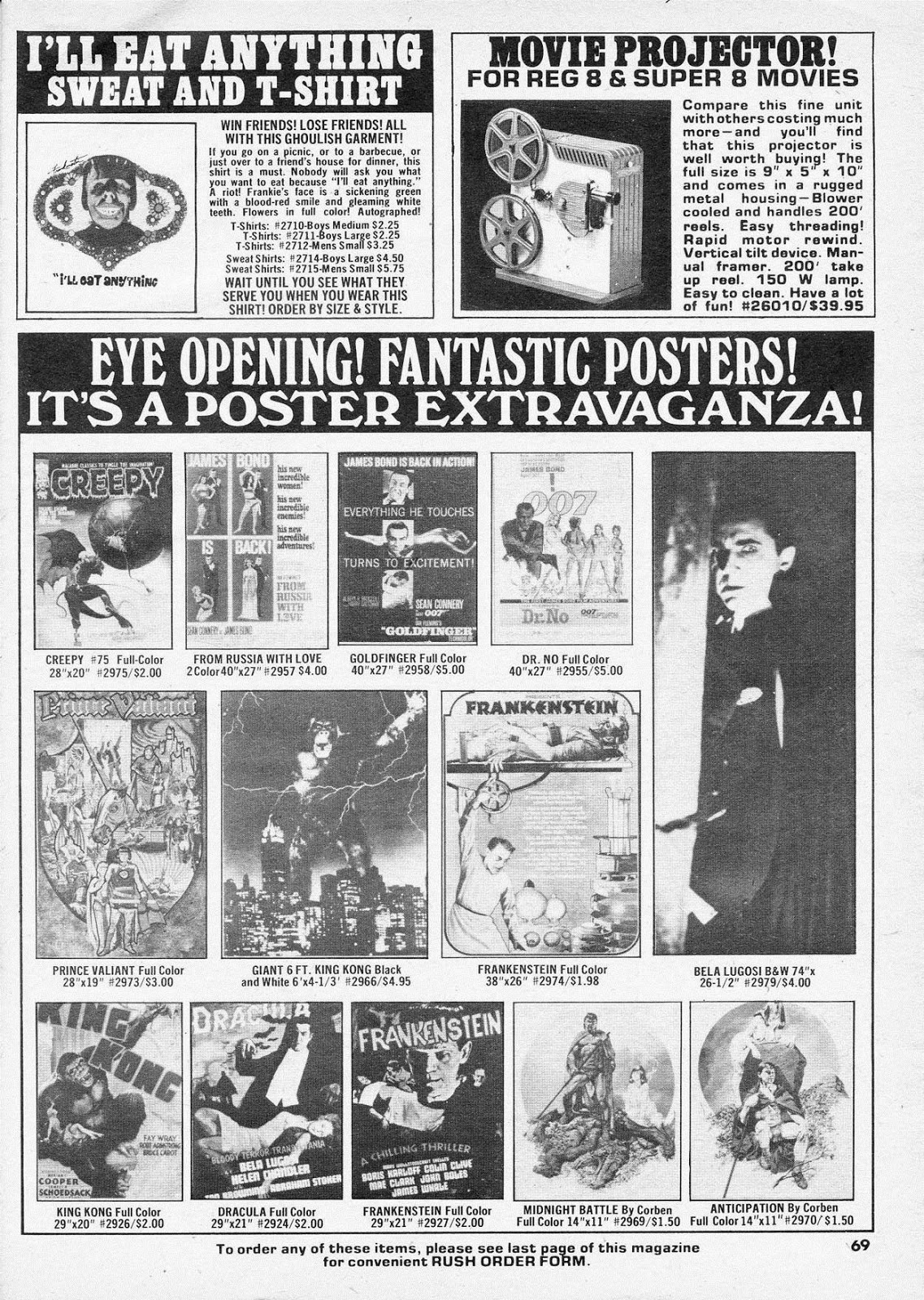 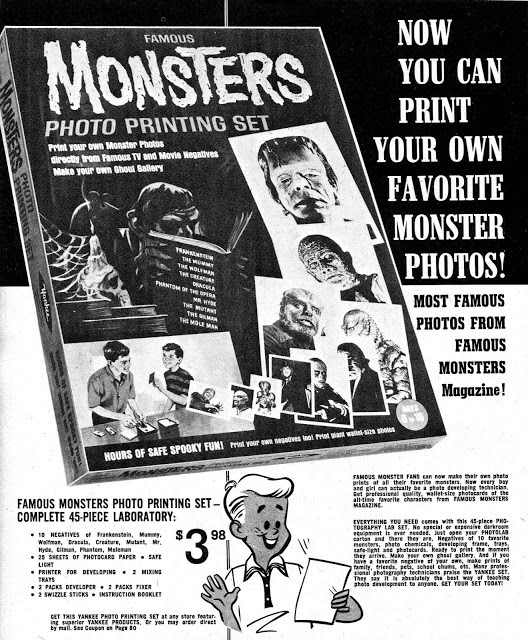 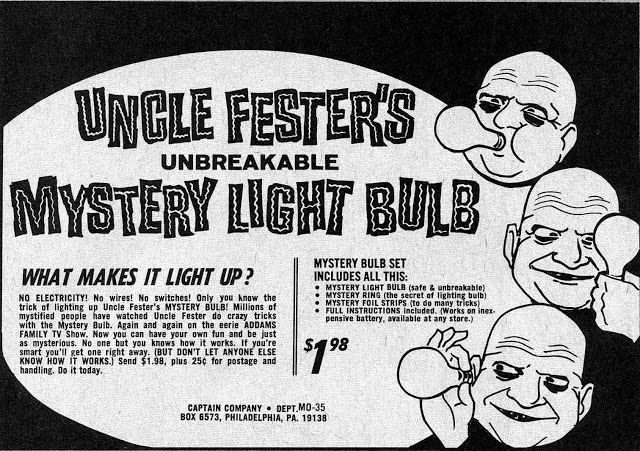 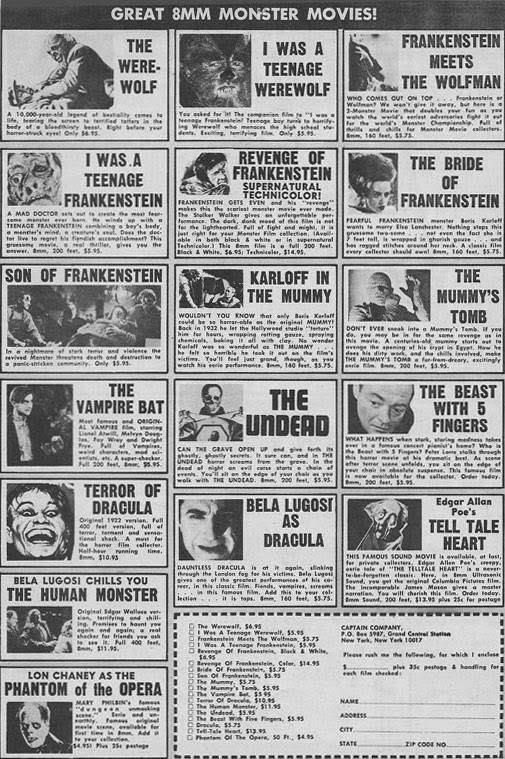 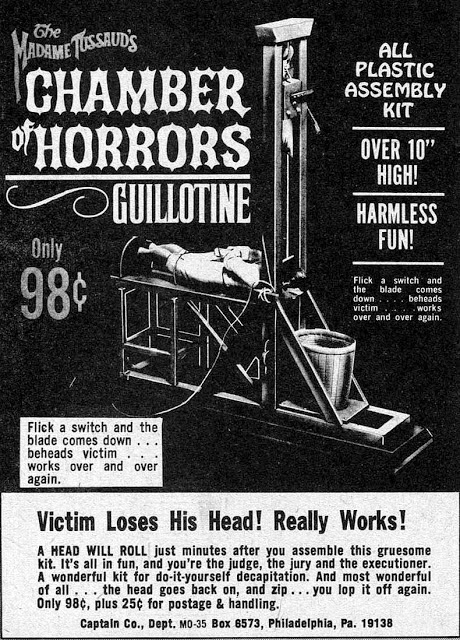 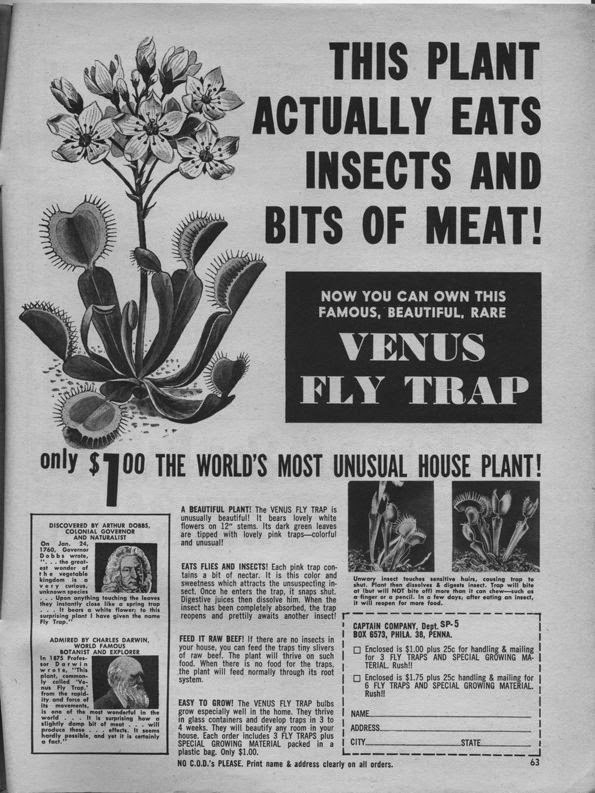 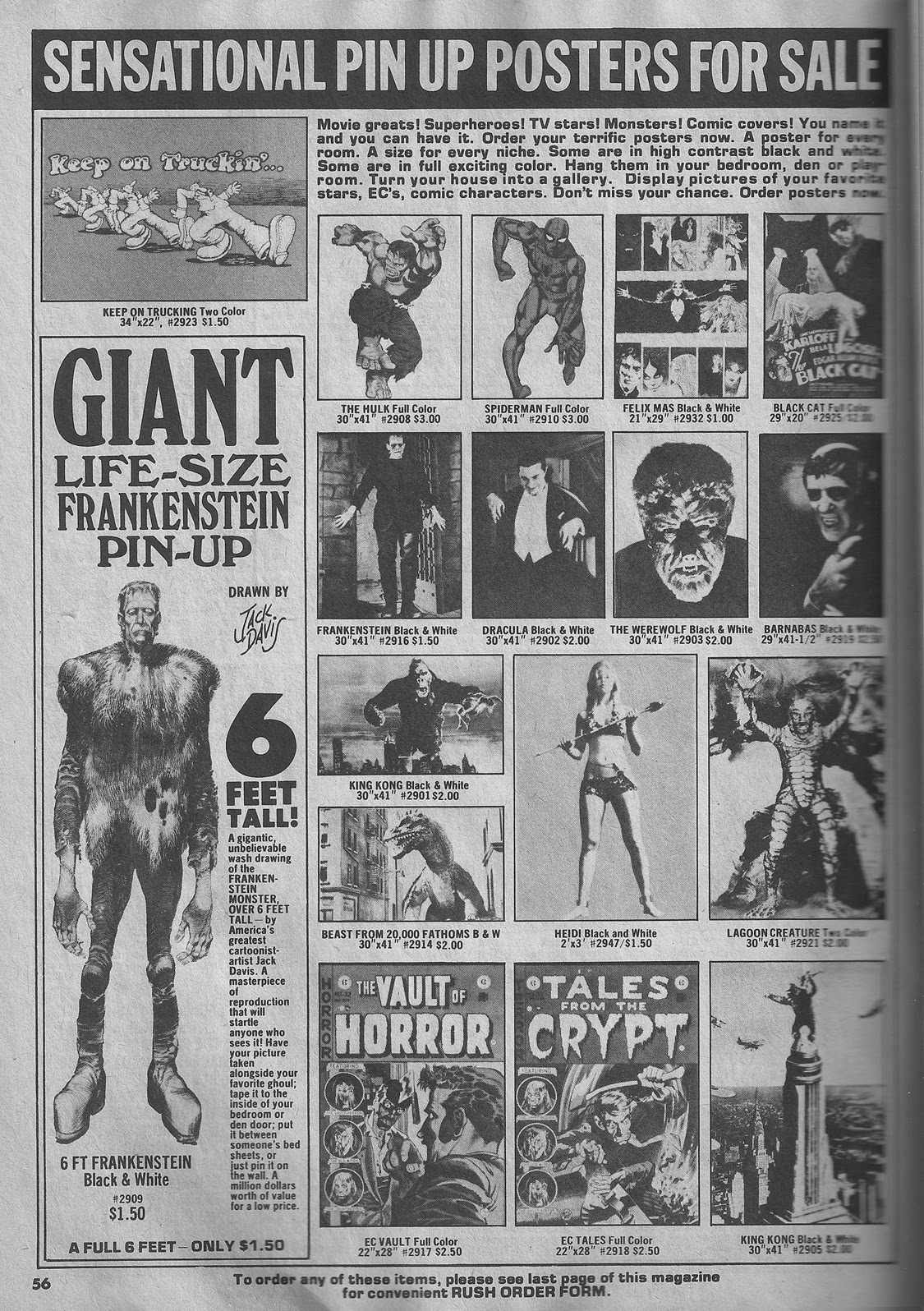 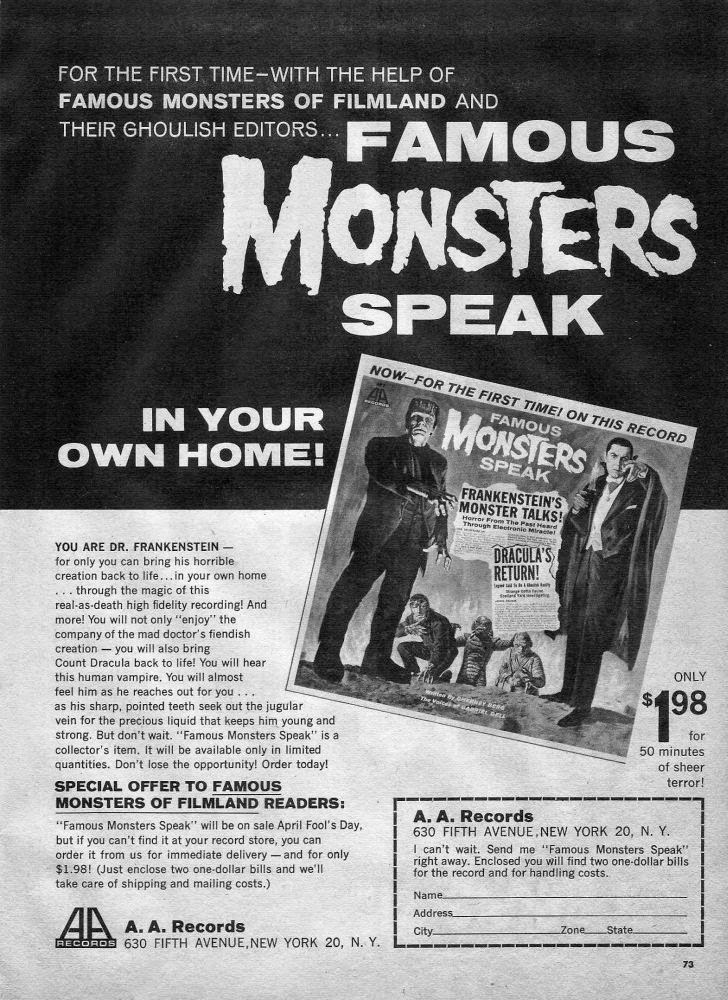 Posted by Jonathan Brinson at 11:00 AM