The Art of Mike Mignola 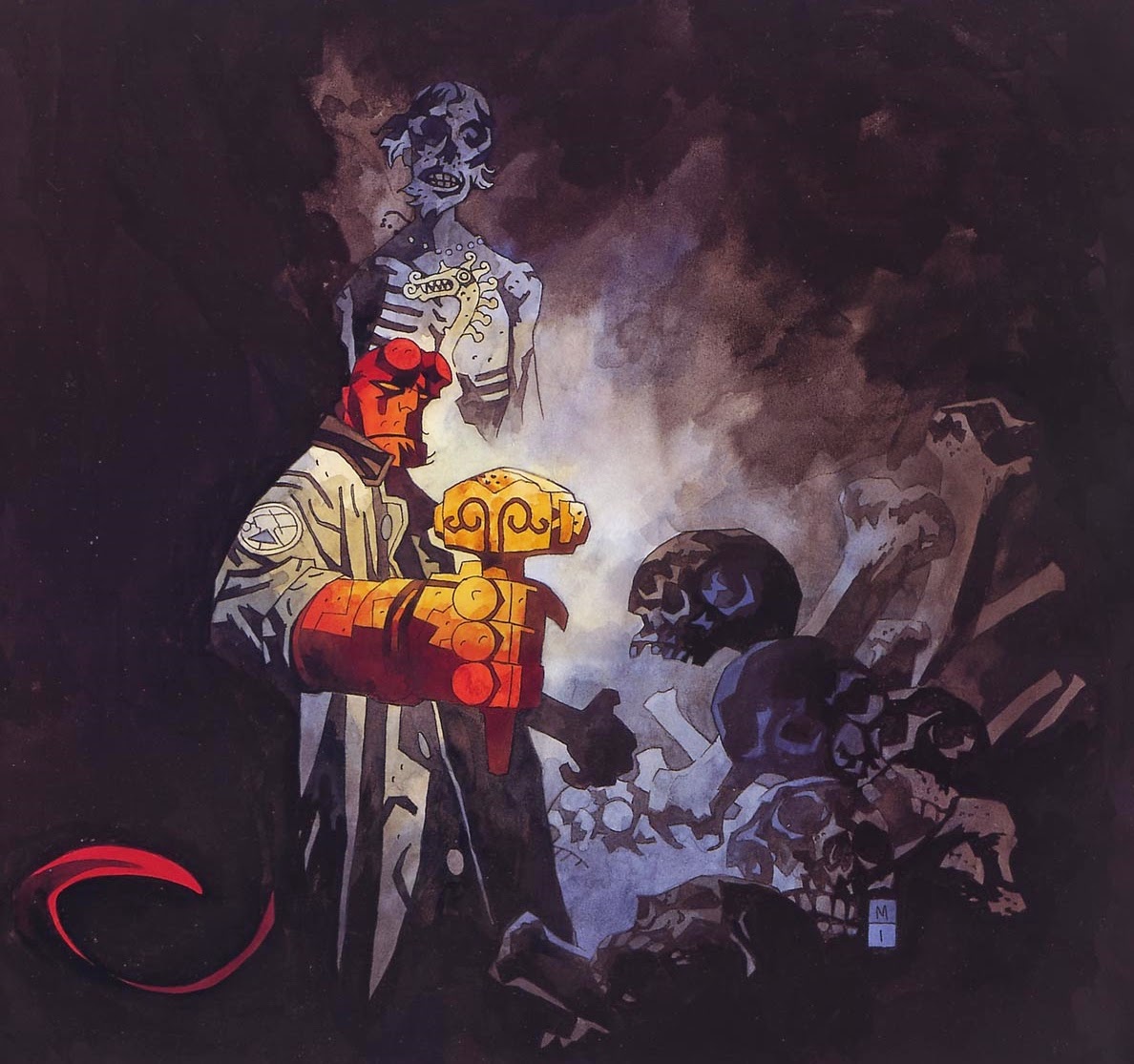 Mike Mignola is one of the most talented artist working in comic books today.  His distinctive style is instantly-recognizable and - I know I toss this word around a lot, but bear with me here - iconic.

The enigmatic Alan Moore once described Mignola's style as a combination of German Expressionism and the work of classic comic book artist Jack Kirby.  This is probably the most accurate description you will find to encapsulate the essence of Mignola's illustrations.  His work consist of somber Gothic masterpieces that delicately balance light and shadow as well as pure adrenaline-fueled, comic-booky goodness that bound off the page to knock your teeth out...  And sometimes it is both simultaneously!  It's a juxtaposed balancing act that shouldn't work, but Mignola is able to do it consistently with relative ease.

Starting his career in comic books in the 80's, Mignola soon found himself doing illustration work for the "big two" publishers, Marvel and DC.  Throughout the early 90's he stayed very busy, drawing back-up stories, covers, and the occasional one-shot. 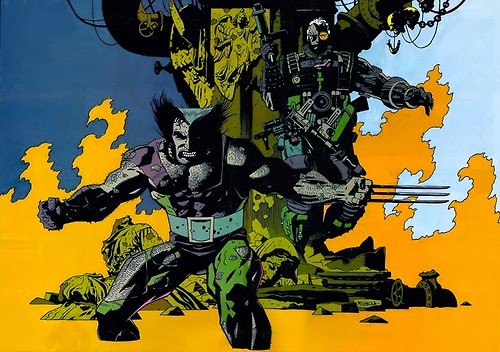 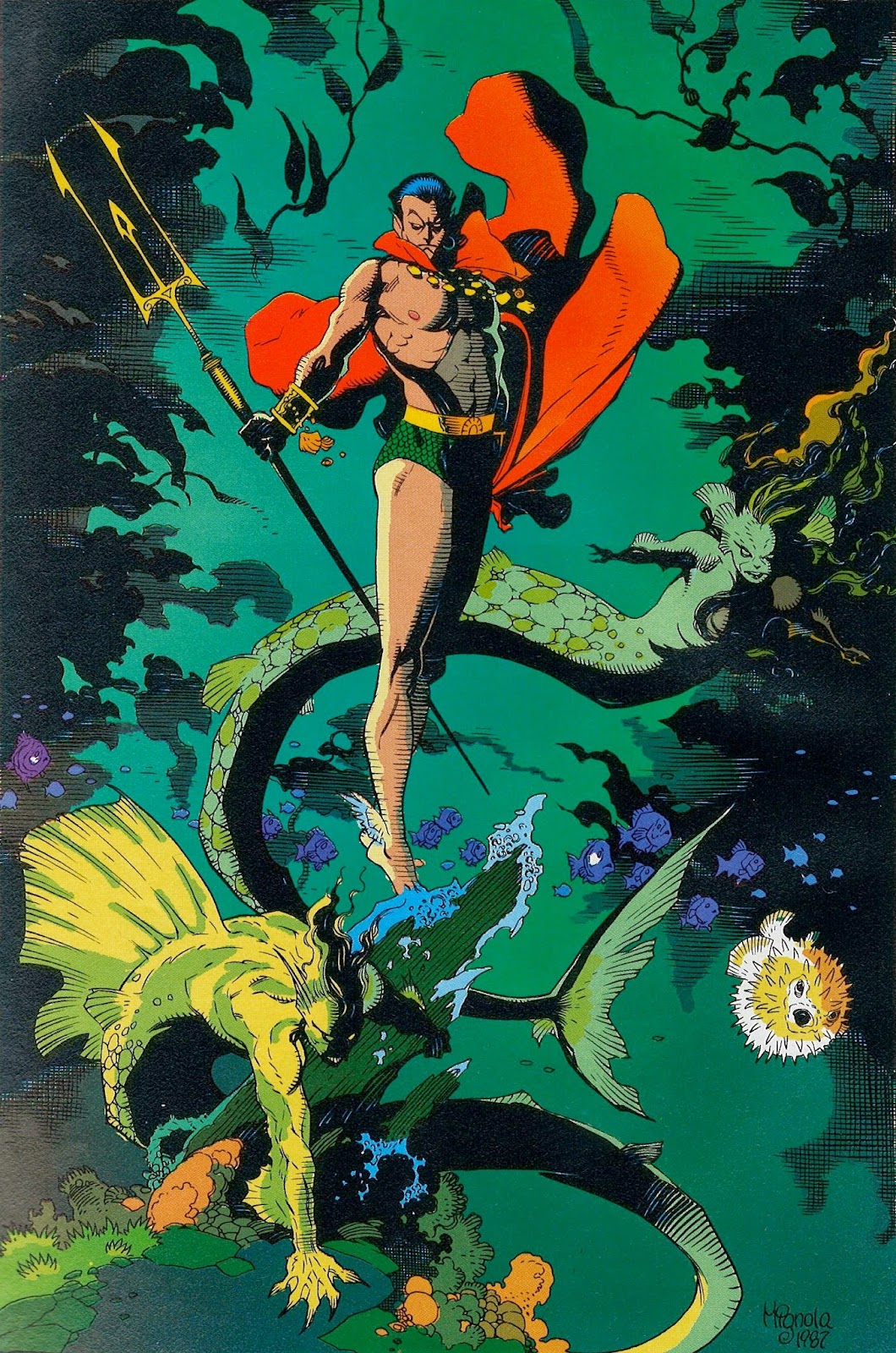 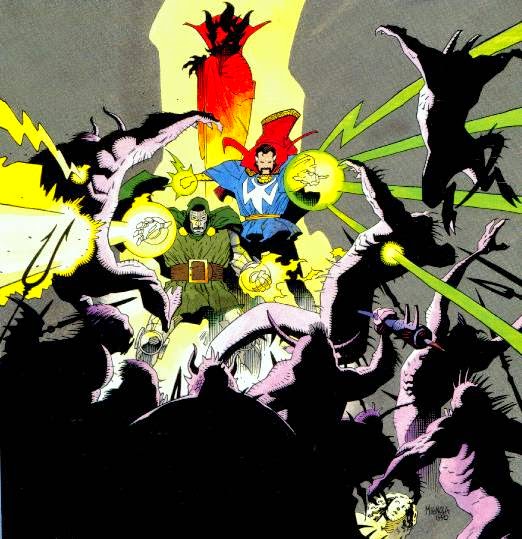 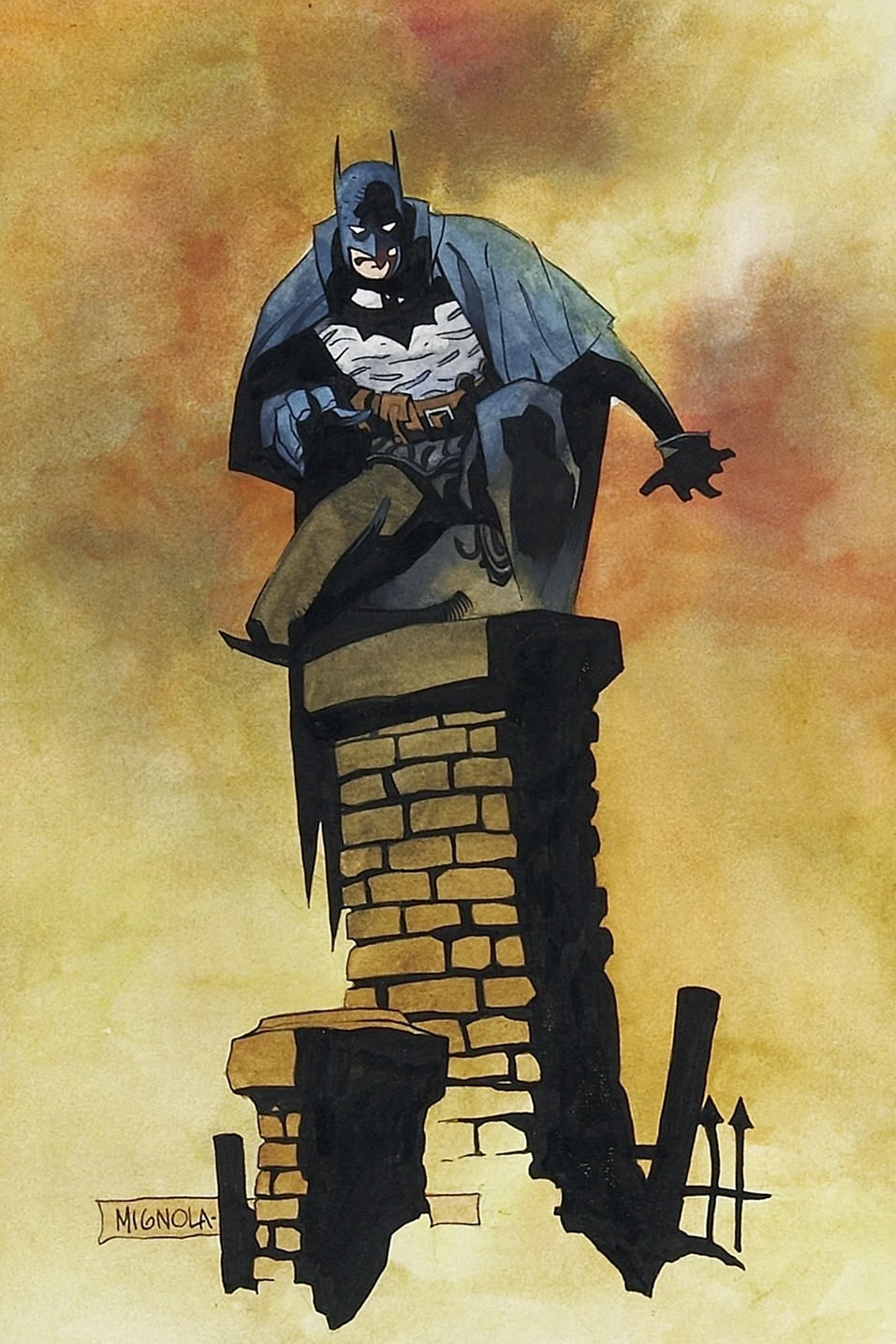 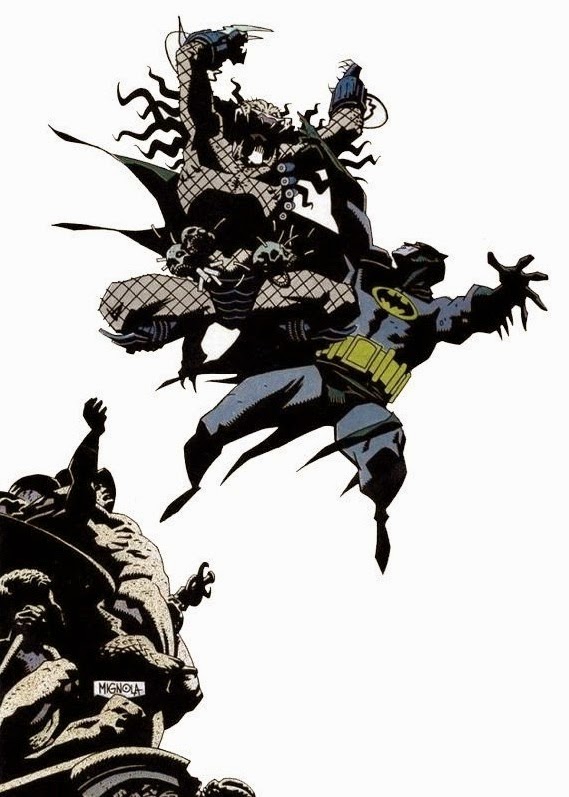 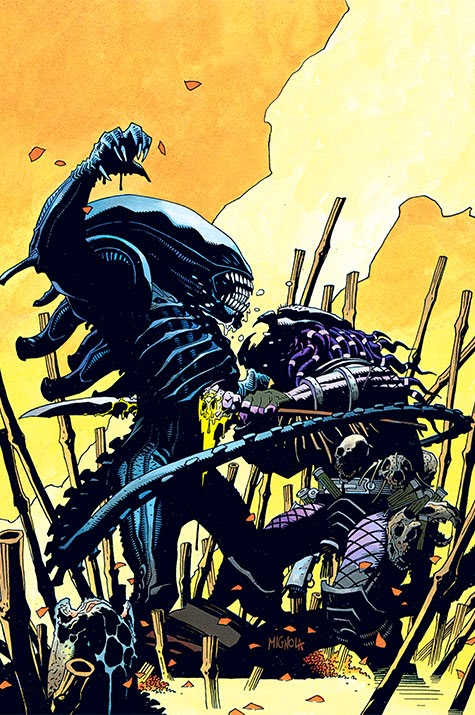 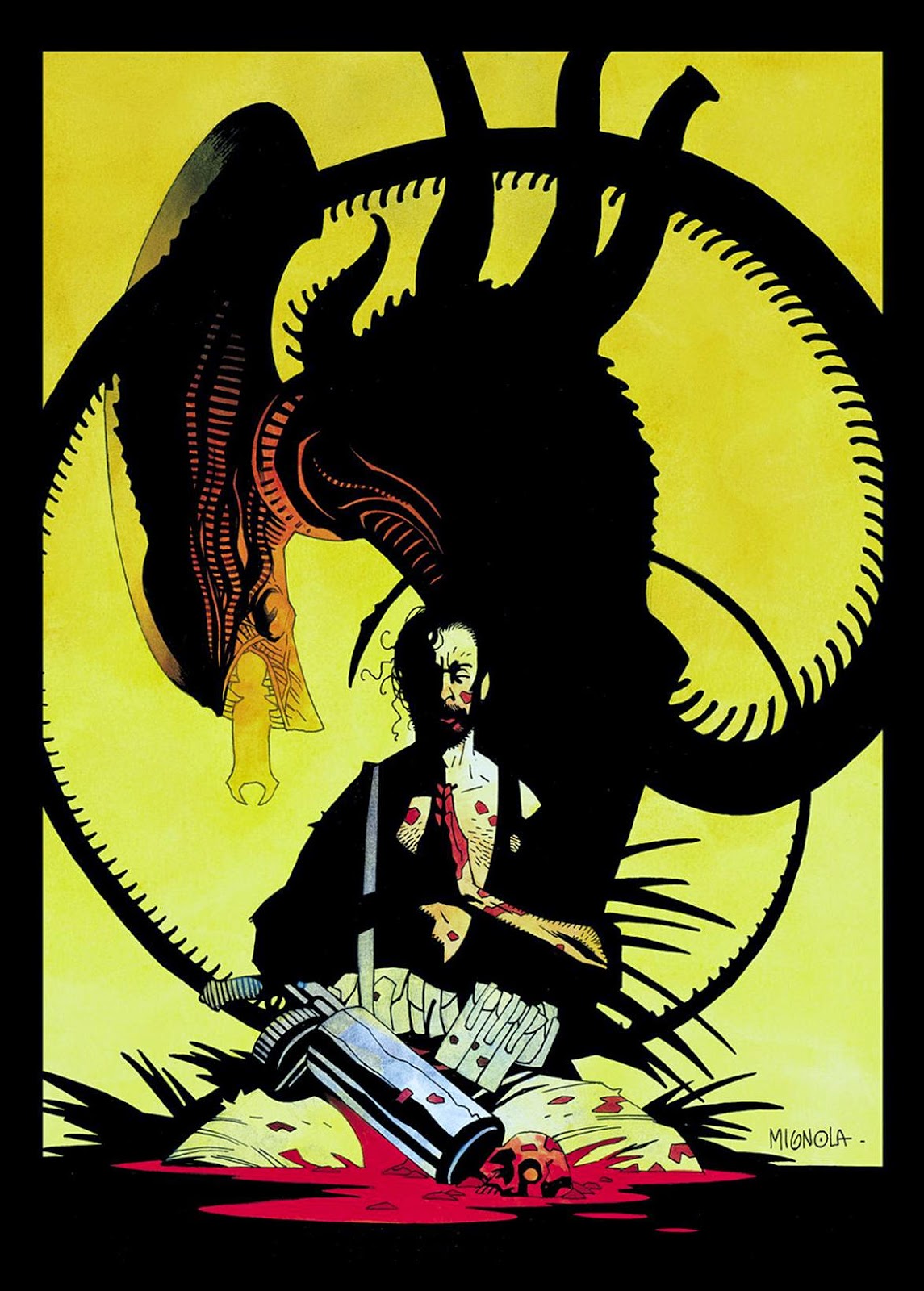 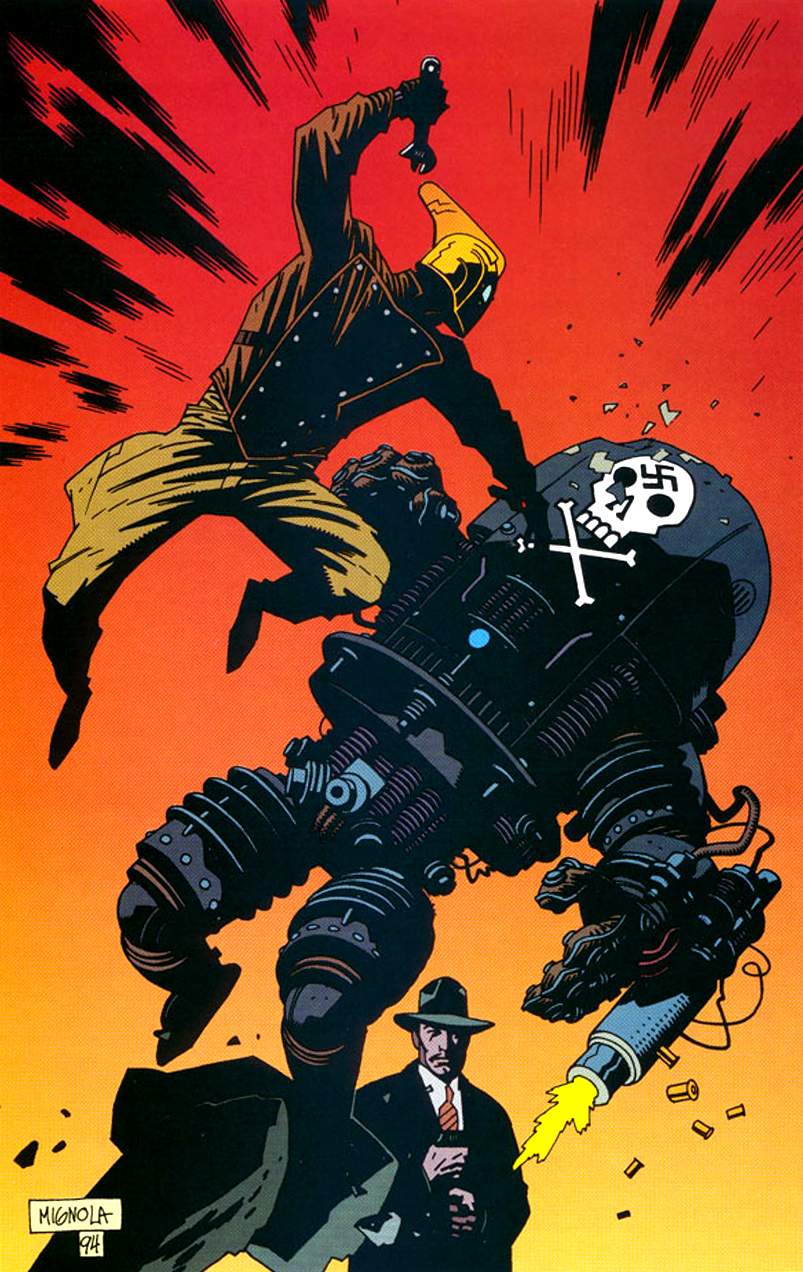 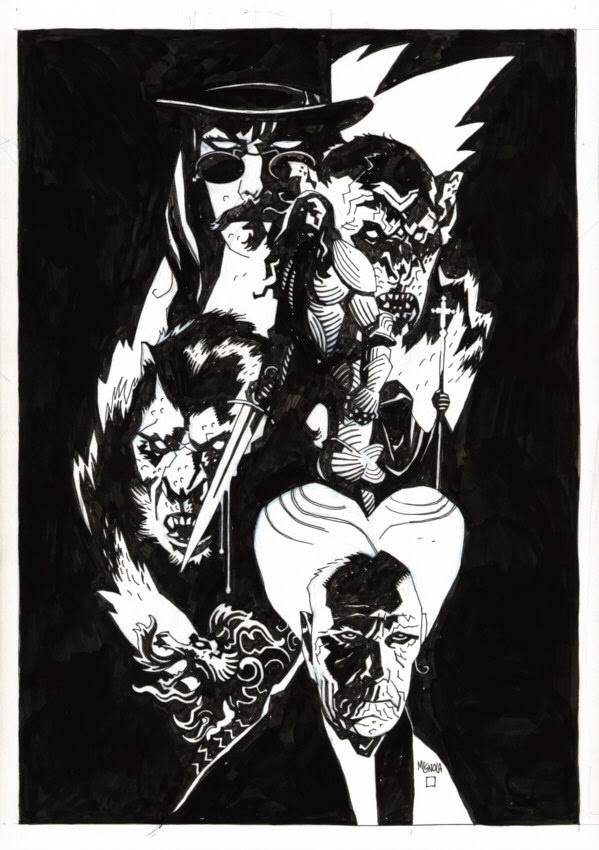 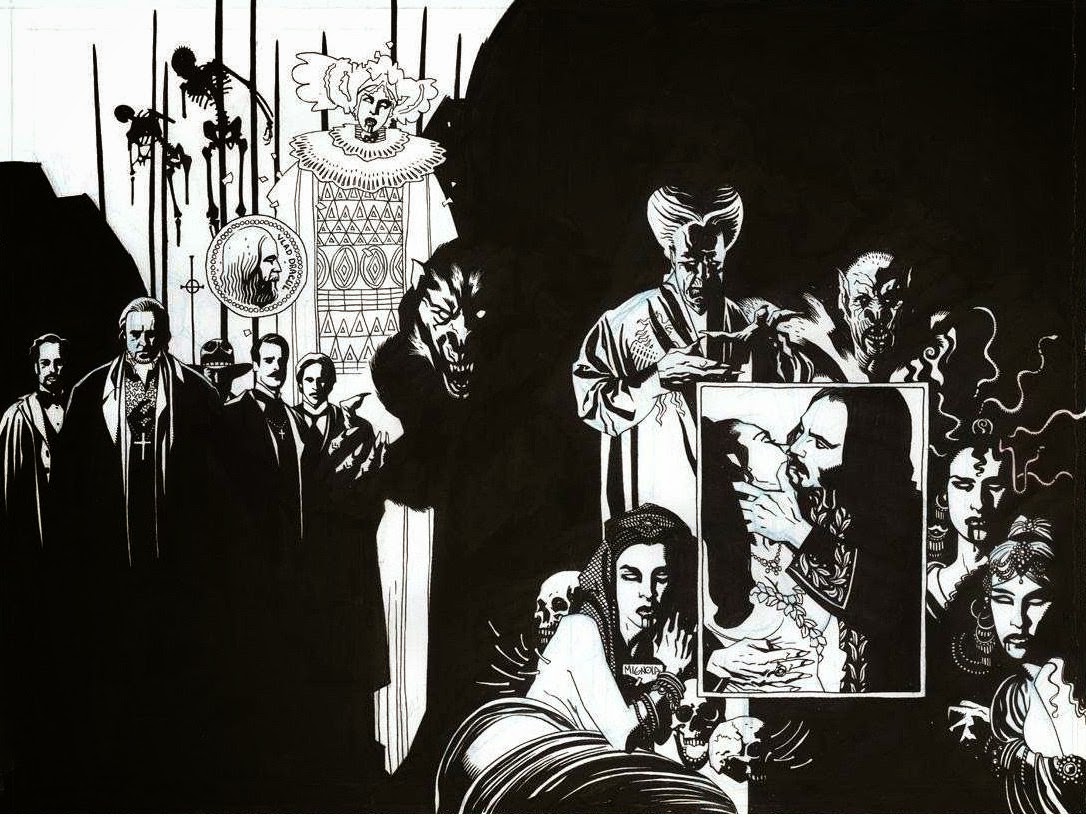 In spite of this steady stream of work, Mignola did not feel satisfied.  Seeking a new challenge he decided to try to create his own original character.  The result was Hellboy.  Printed by Dark Horse Comics, Hellboy was a combination of all the things that Mignola enjoyed drawing:  Monsters, Victorian and Gothic architecture, and more monsters. 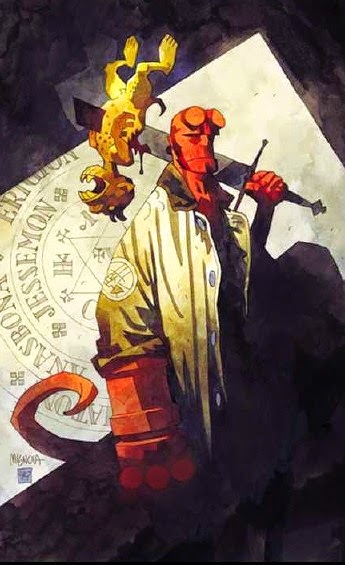 Not long after the first series was published Mignola became the sole writer for the series enabling him to craft tales that drew from his passion for ghost stories, folklore, and fairy tales.  Within a decade the Hellboy series was successful enough to spawn a collection of spin-off titles and even two feature films.  This year marks the 20th anniversary of the Hellboy character and (in spite of a hiatus every once in a while) Mignola is showing no signs of slowing down. 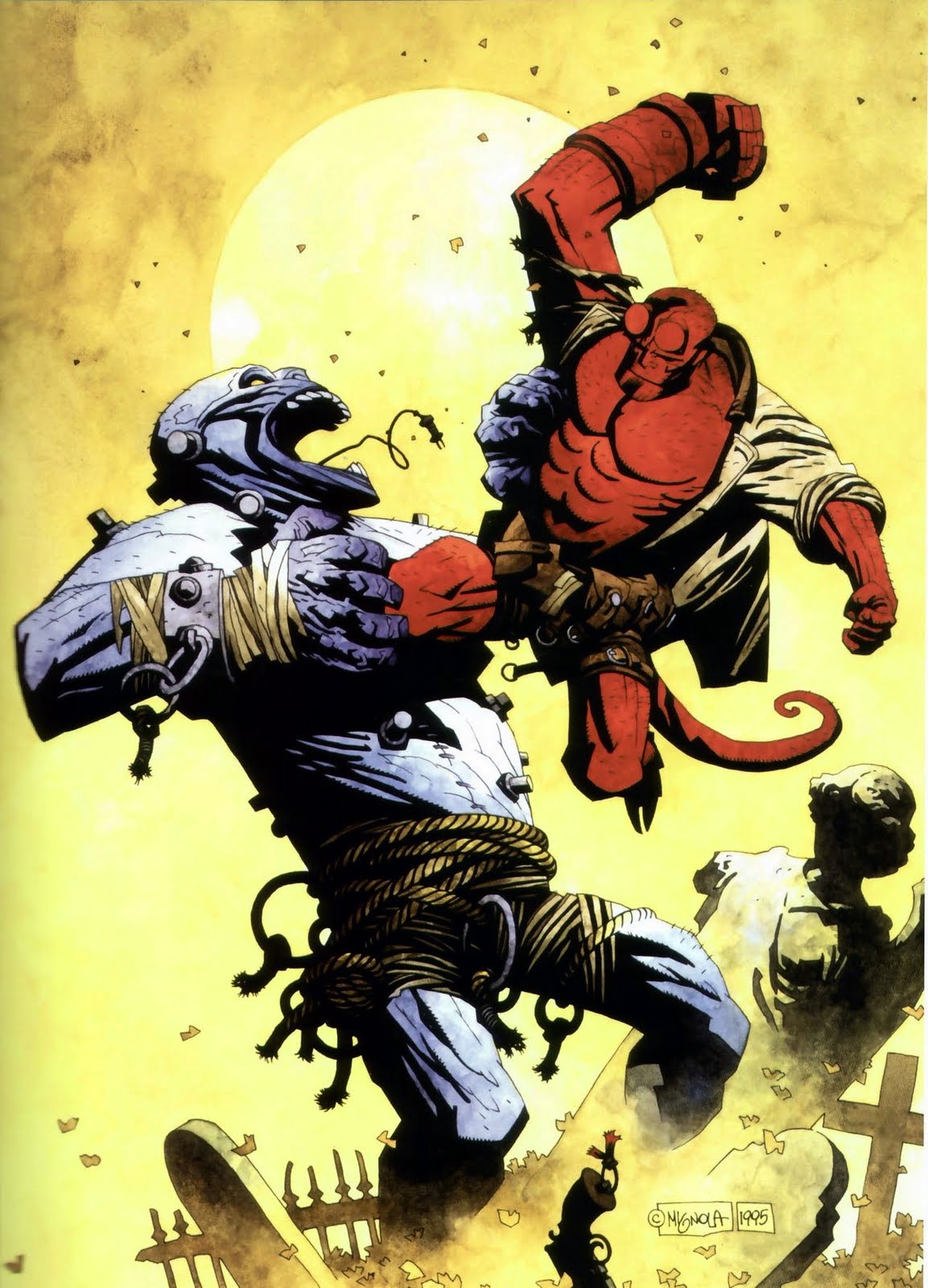 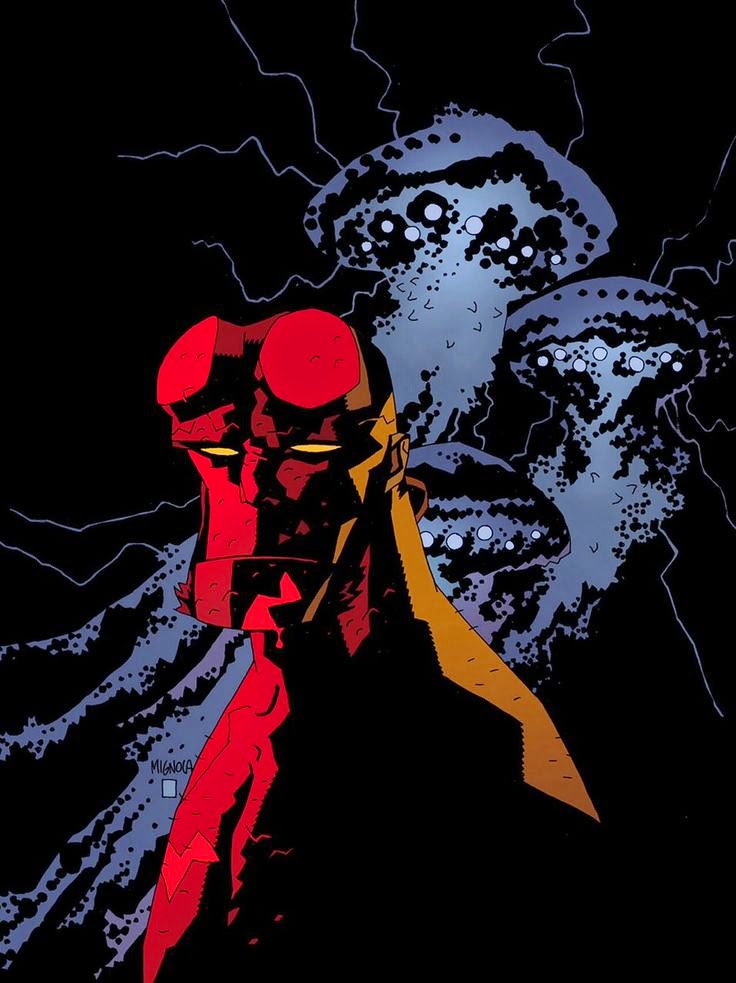 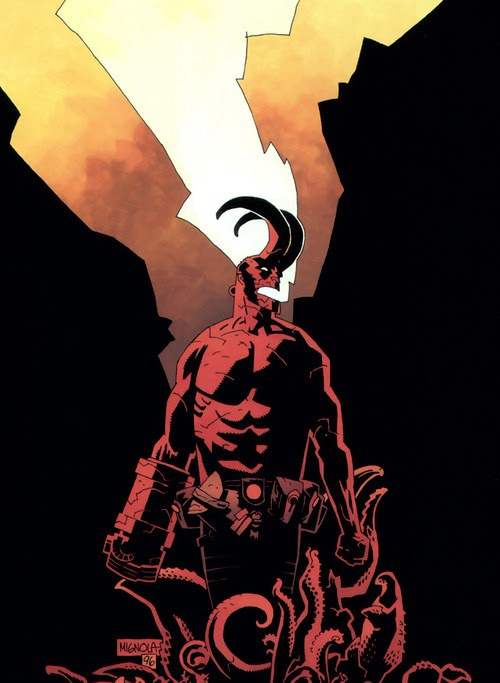 Posted by Jonathan Brinson at 11:31 PM