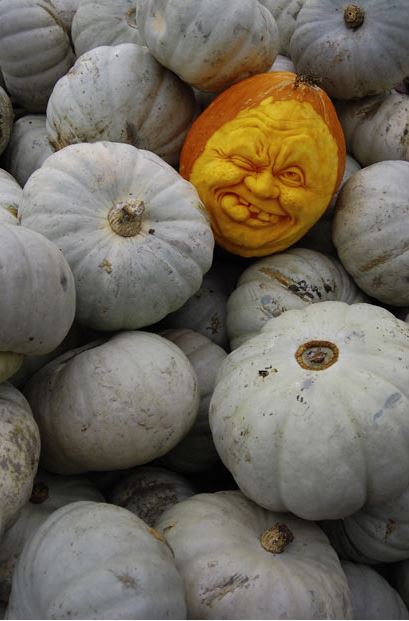 It wouldn't be Halloween without carving a few pumpkins, but artist Ray Villafane's pumpkin sculptures stand out among the patch.   Despite using this long-time Halloween favorite as his medium of choice, Villafane's creations are anything but traditional. 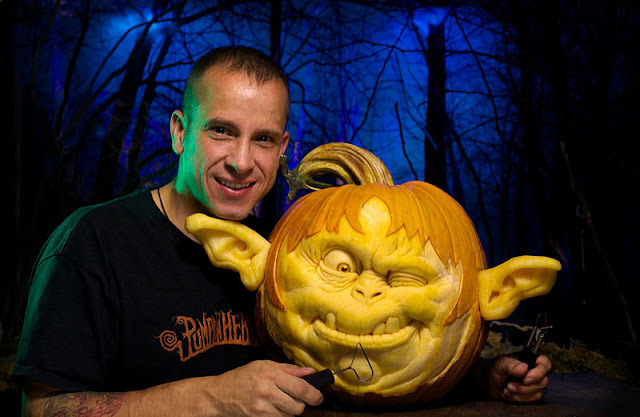 Based in Arizona, Villafane was an art teacher for several years before leaving education to pursure a career of sculpting action figures and collectibles.  However, it was during his time in teaching that he discovered his sculpting skills led to a unique talent and passion for carving pumpkins.  For years Villafane carved and sold pumpkins to parents of students before posting photos of his creations on the Internet to wide acclaim and thereby inadvertently creating a second career for himself.  He began carving pumpkins on commission for special events and then it wasn't long before he was invited to show-off his talents on television shows.  He eventually created his own staffed studio and even created a website dedicated to teaching others his method of pumpkin carving.

Villafane's methods are just as interesting as his creations.  He discards the normal pumpkin carving tools in favor of implements normally used in sculpting clay.  He usually doesn't usually bother with cutting open and gutting his pumpkins, instead focusing the outermost layer, carving the outer skin.  This method has its own special challenges.  If he carves too deep he will break into the center.  Thus, pumpkins with thicker skin and "meat" are typically selected.  Another challenge is one much more familiar to most amateur pumpkin carvers.  It isn't long before decay sets in and the pumpkin begins to shrivel.  Villafane uses this pressure to his advantage as a source of inspiration.

During other seasons Villafane turns to other mediums including snow and sand with similarly breathtaking results.  But each year as Halloween nears he returns once again to the pumpkins.

Check out some of Villafane's amazing work below... 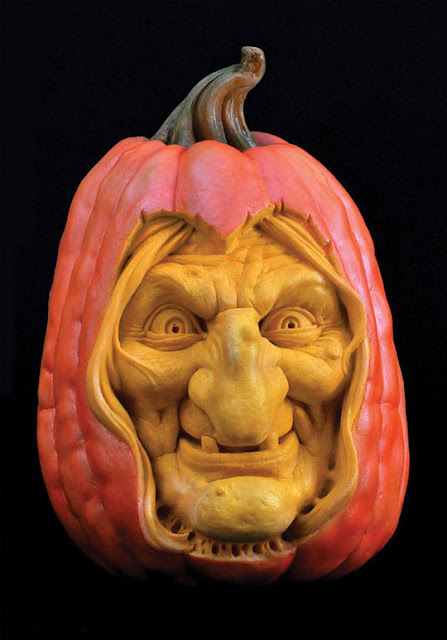 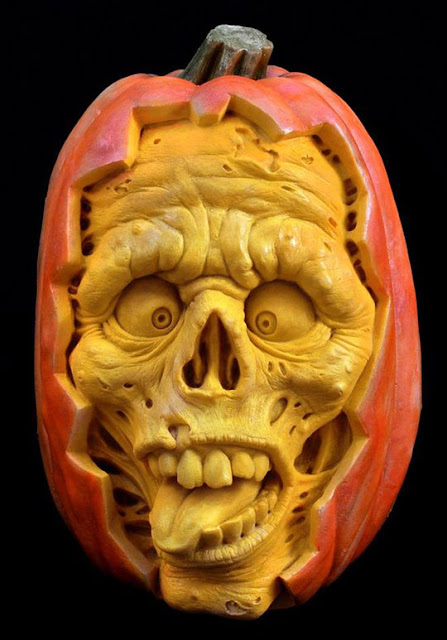 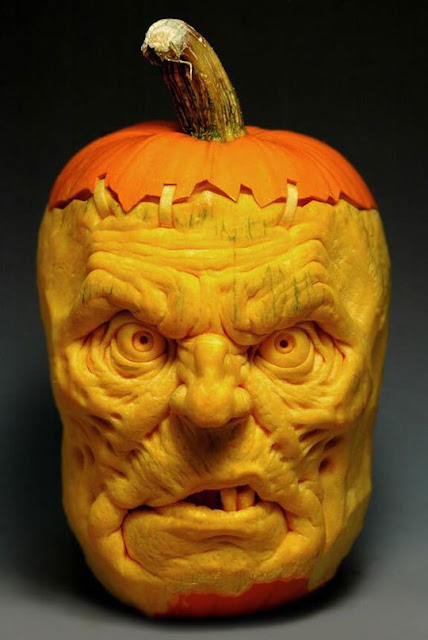 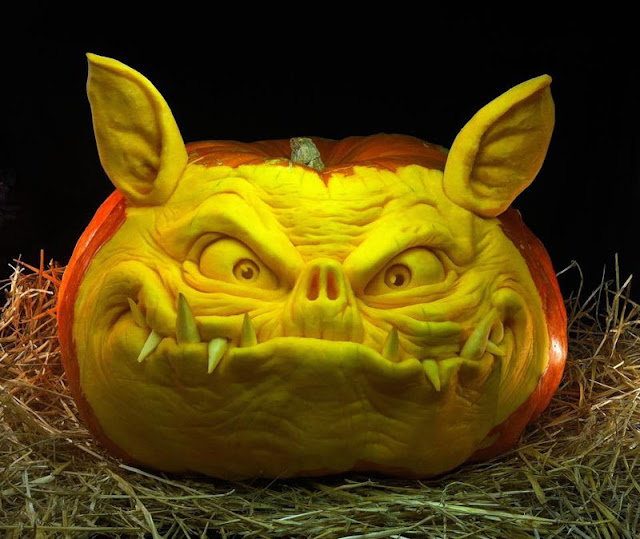 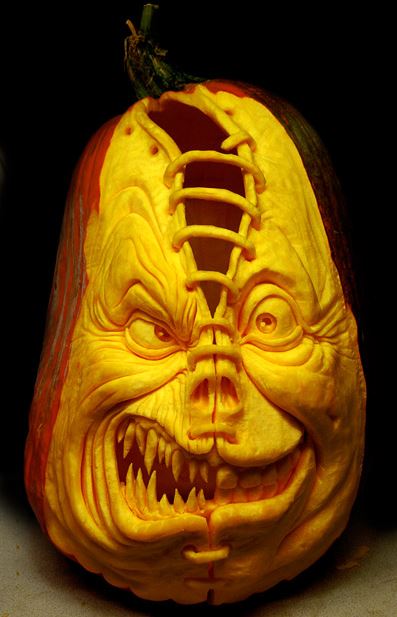 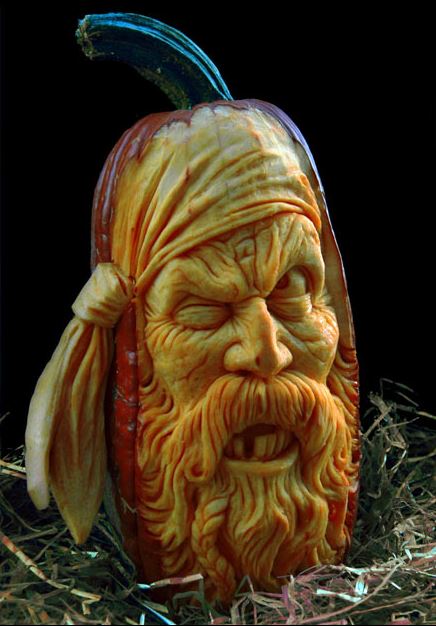 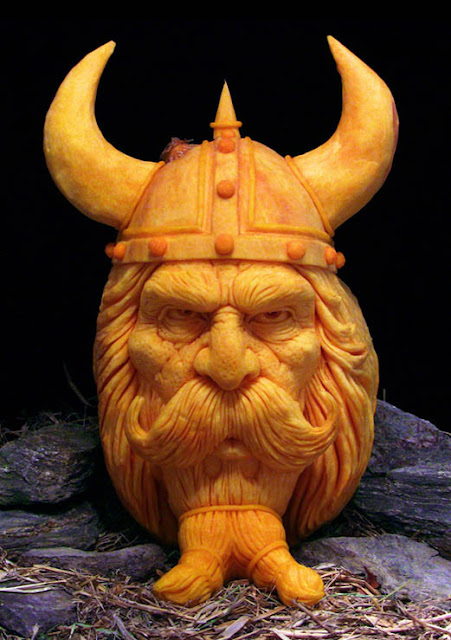 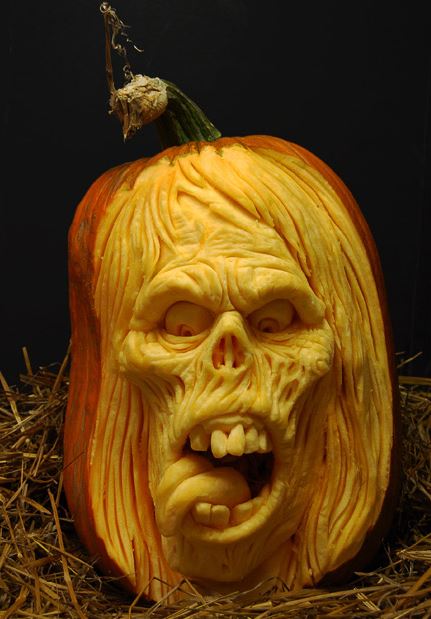 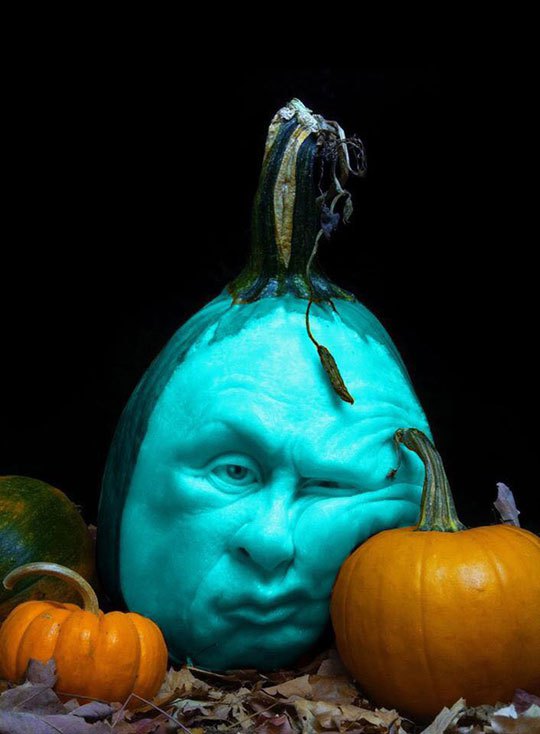 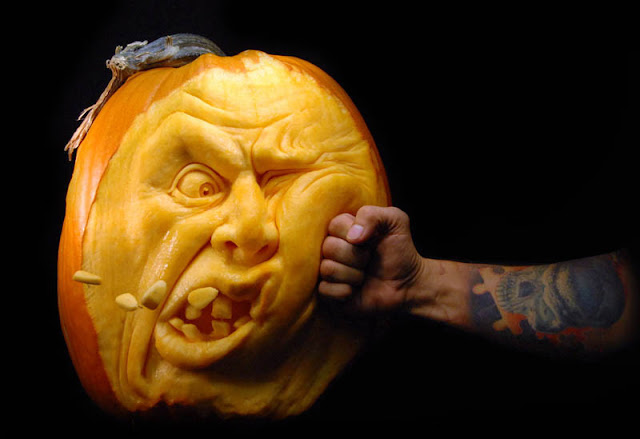 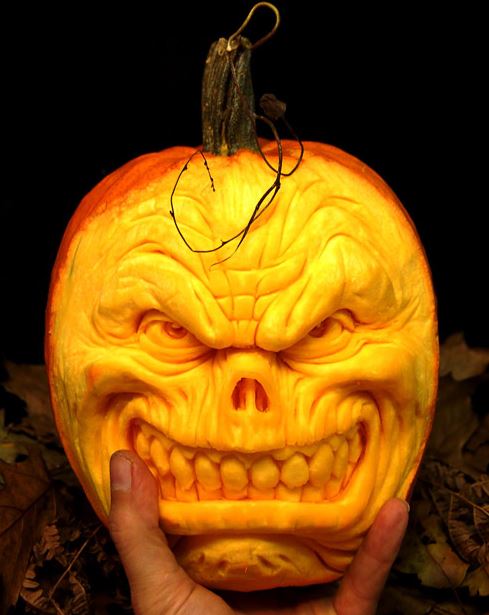 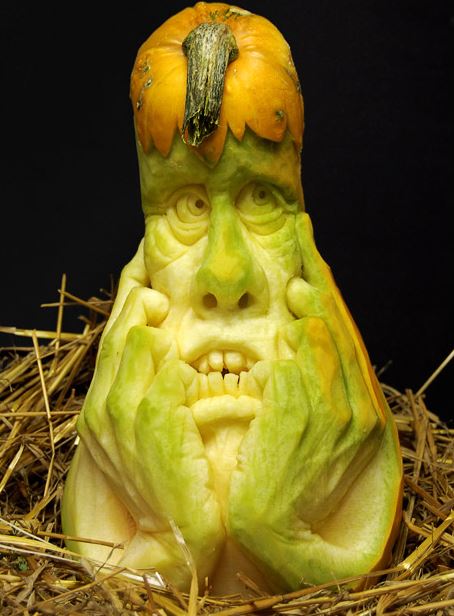 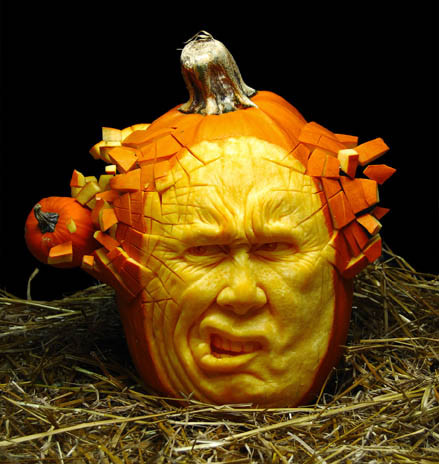 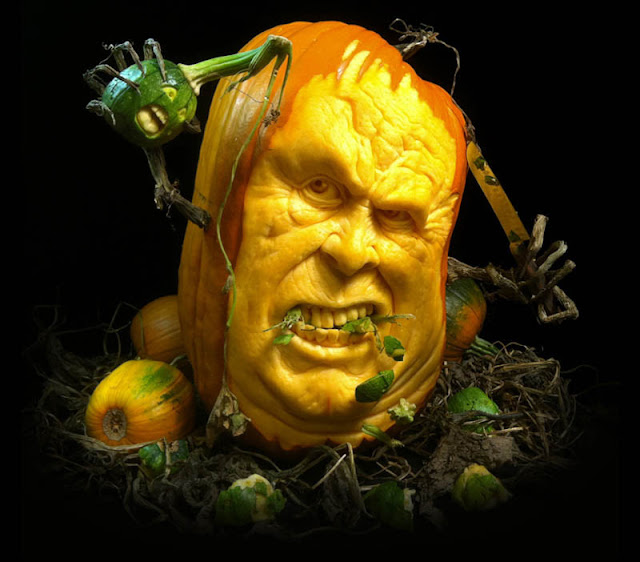 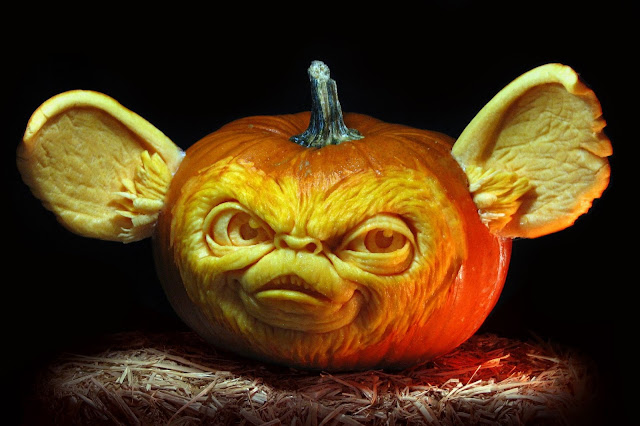 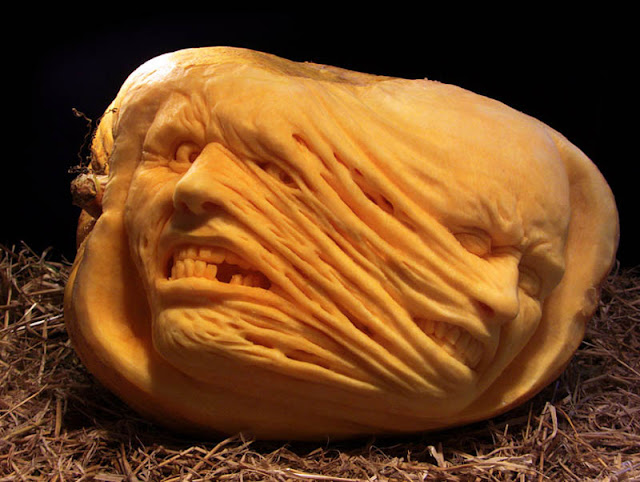 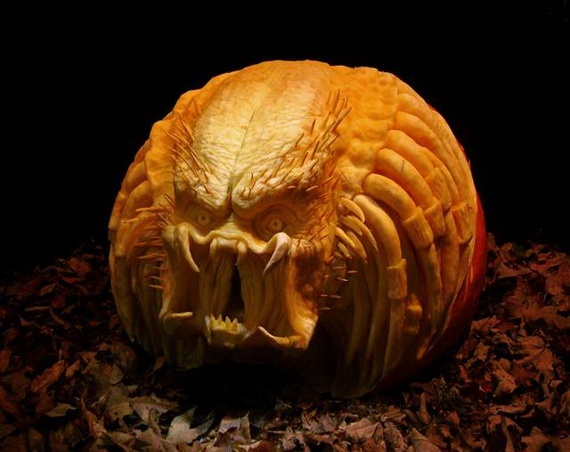 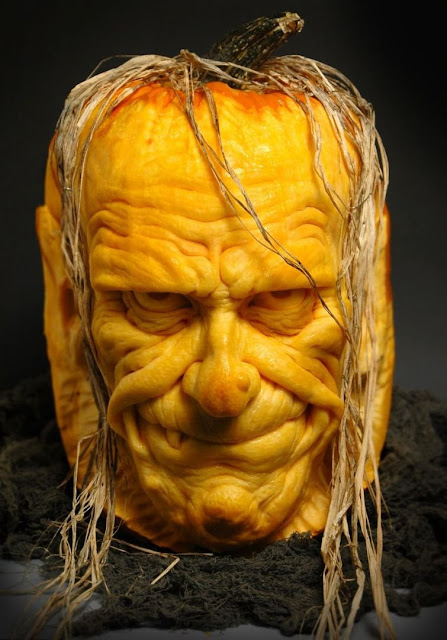 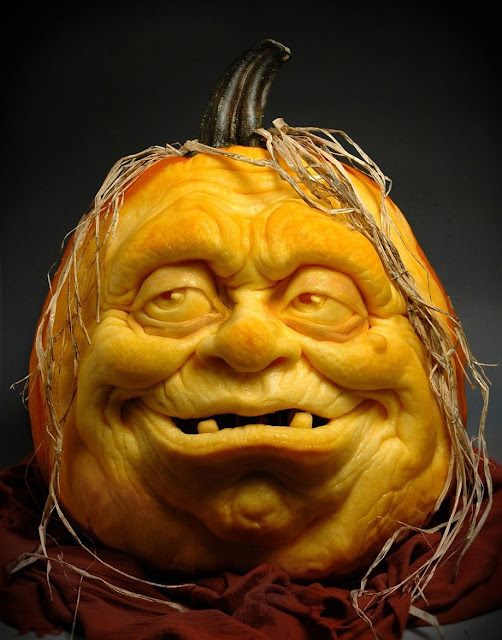 Posted by Jonathan Brinson at 11:42 PM