The Music of Krzystof Penderecki 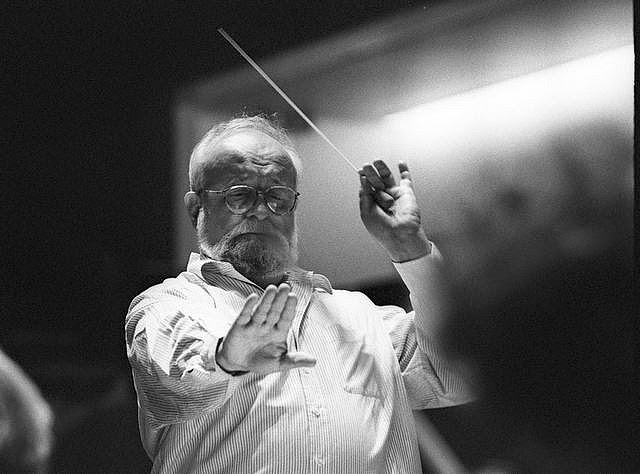 Krzystof Penderecki is an award-winning polish composer and conductor whose career has spanned nearly 6 decades.  His style has changed at various times to incorporate string orchestras and choral sections.  Many of his acclaimed works have religious themes featuring harmonic melodies.

This is not the man you would expect to be the composer of the soundtrack to your nightmares.

However, at several point through his career, Penderecki experimented with dissonant sounds and odd time signatures to produce some truly disturbing pieces.

Penderecki's first composition to feature these elements was his Threnody to the Victims of Hiroshima, a tribute to those that perished in the first atomic bombing.  To achieve the odd sounds heard in the piece, members of the 52 instrument orchestra employed techniques such as playing behind the bridge of stringed instruments and blowing into the tailpiece of the brass and woodwind instruments.  The result is a very unsettling listening experience.

Among these experimental works, Penderecki's most famous among horror movie aficionados is his piece Polymorphia which is featured in Stanley Kubrick's The Shining.

A final piece for your listening "pleasure"...  A work featuring choral accompaniment, Dimensions of Time and Silence.  I do not recommend listening in the dark!

Posted by Jonathan Brinson at 2:16 PM