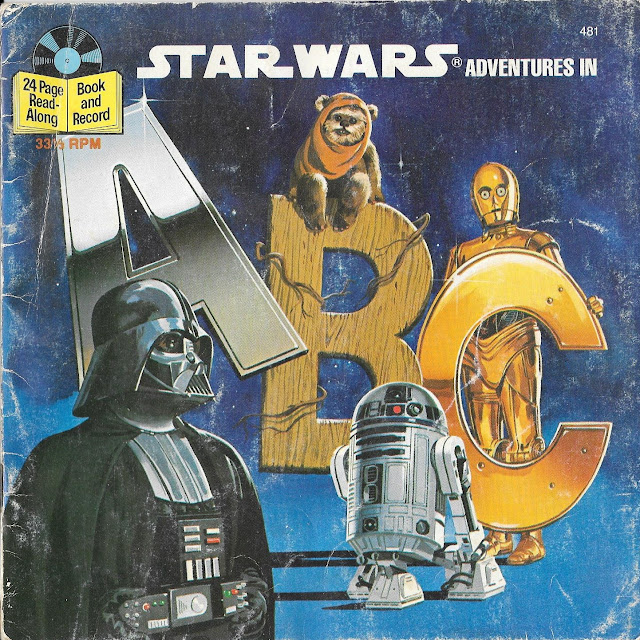 The Star Wars franchise is infamous for its licensed merchandising.  With the release of the latest film, it's nearly impossible to go to a store and not see at least one product emblazoned with the Star Wars logo.  The way I understand it, the market was similarly saturated when the original movies came out.

Discussions on rampant capitalism aside, sometimes the charm is simply irresistible.  Take for example another one of my great yard sale finds from years and years ago: a Star Wars themed alphabet book!

How this book survived my childhood intact is beyond me, but it remains a prized piece of my collection to this day in spite of its poor condition.  The book is a part of the old "Read-Along" series published by Buena Vista back in 1984.  Accompanying the release of Return of the Jedi, the book originally came with a 33 1/3 RPM vinyl record featuring word-for-word narration.  It even featured character voices and sound effects from the films!  Sadly, I was only able to find the book as the record was apparently long since lost.  However, if you're interested you can listen to the audio here.

I read this book many times growing up.  I mostly remember being fascinated with the drawings and how detailed they were, being almost perfect likenesses of the characters and creatures from the films.

Apologies to alphabet book authors - as I'm sure it's more difficult than it looks - but even as a kid I thought it was fairly obvious that the uncredited author of this book probably struggled coming up with characters to accompany each letter.  There are definitely some unusual choices at various points, with obscure characters (see letters U and Z) and sort-of Star Wars related subject matter (see letter Q) being utilized to complete the alphabet.

Then there are the rhymes...  Oh, the rhymes.  These range from the hilarious - the Bantha named Samantha and stormtroopers as party poopers - to the groan-inducing - the entirety of page 22 featuring X-Wing Fighters.  It's so bad at times that the author actually breaks the fourth wall on a few occasions to openly lament the decision to make this a rhyming book!

Anyway...  Enjoy the scans below! 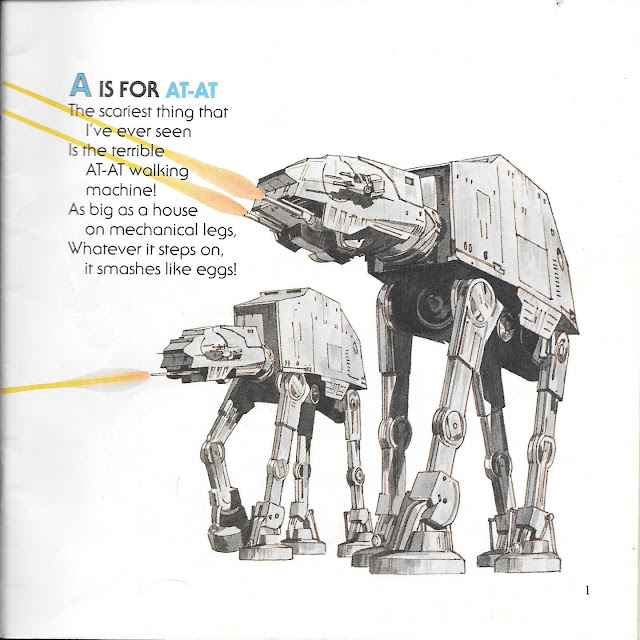 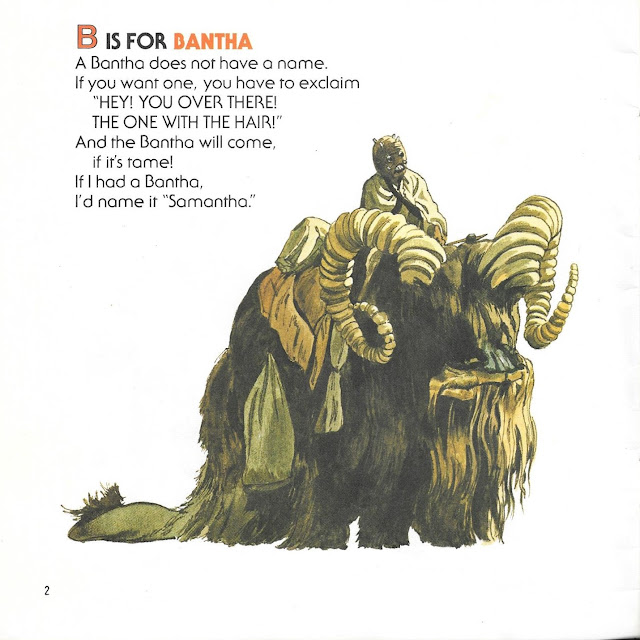 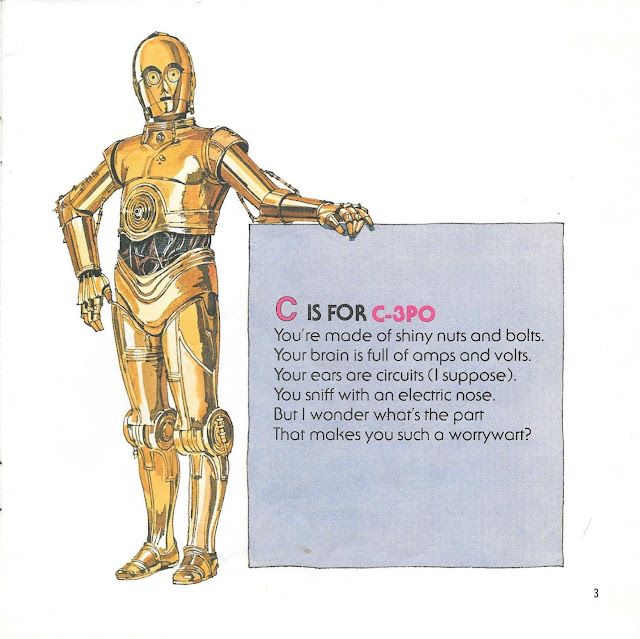 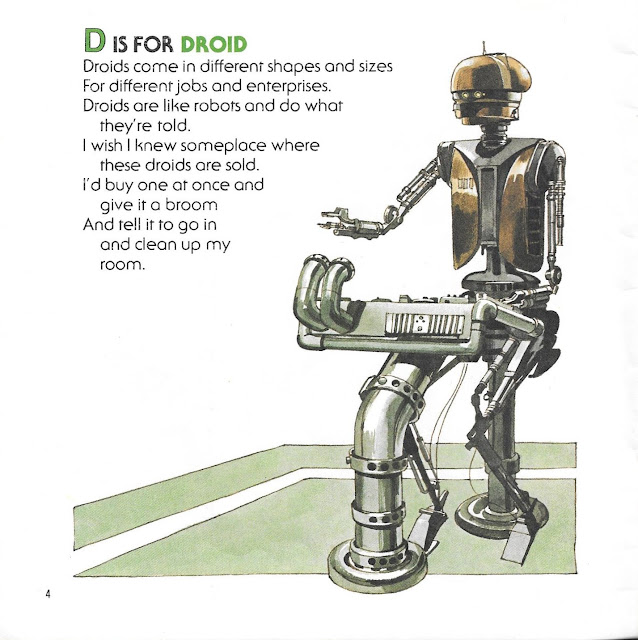 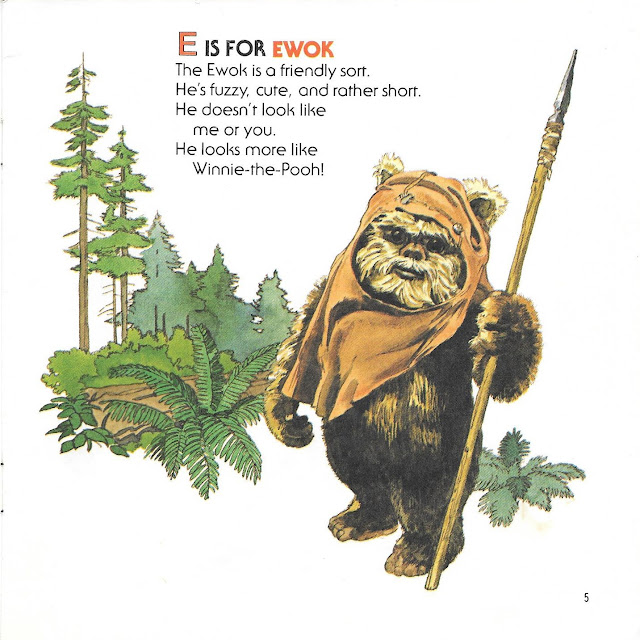 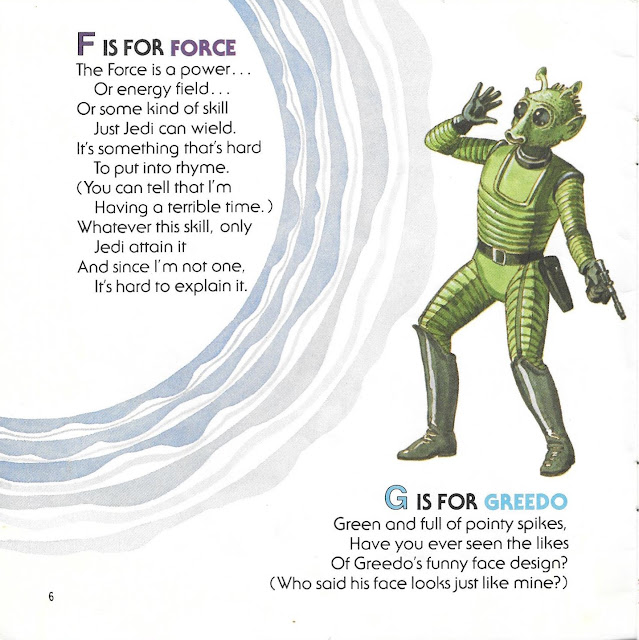 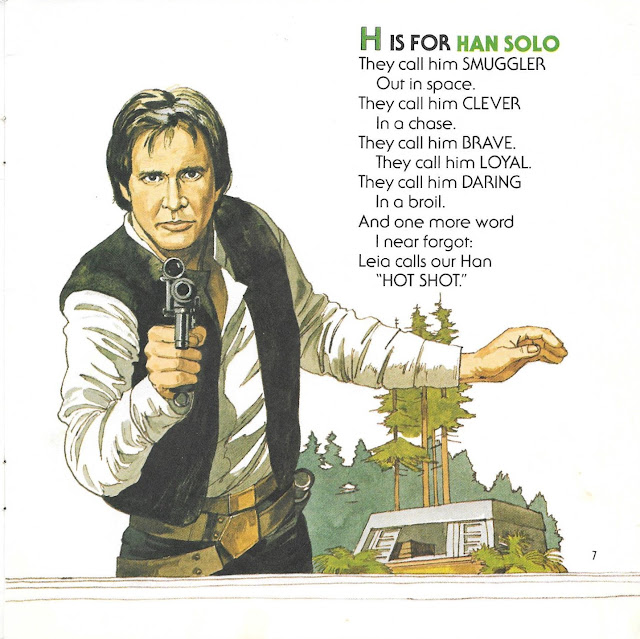 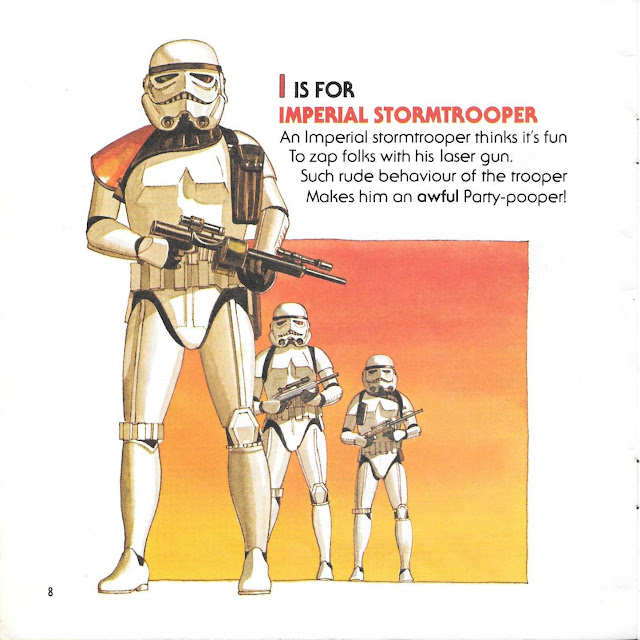 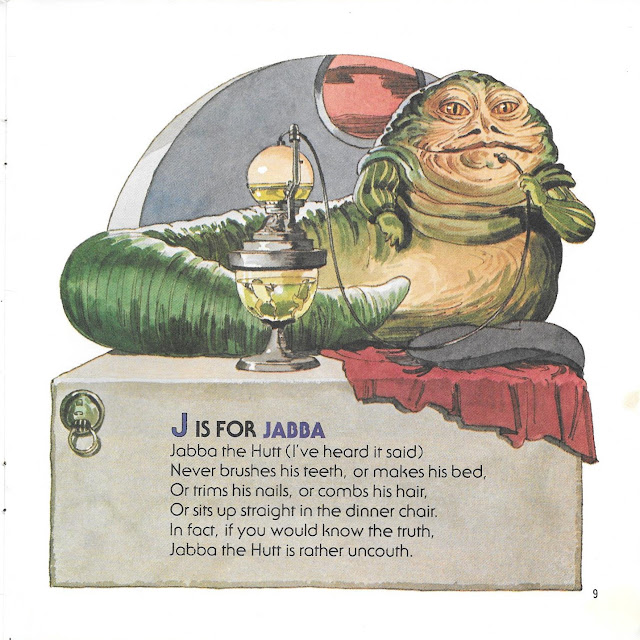 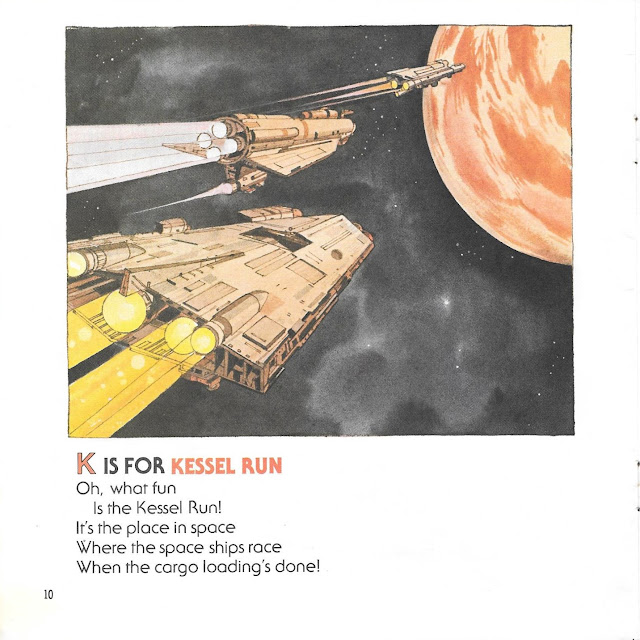 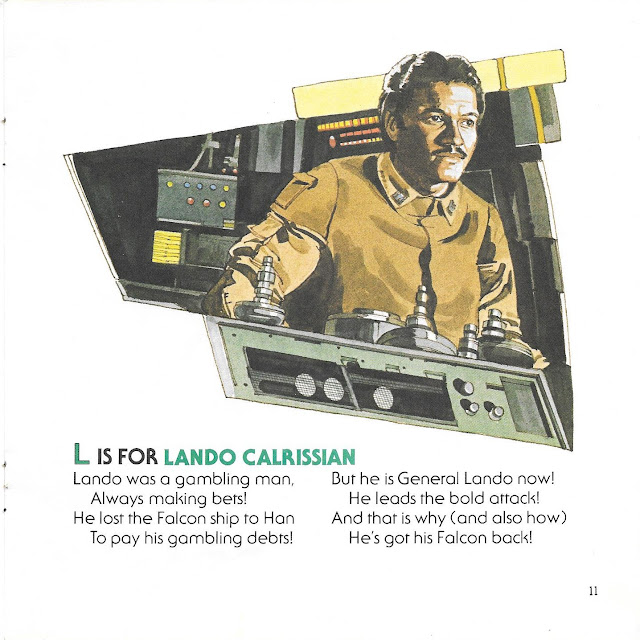 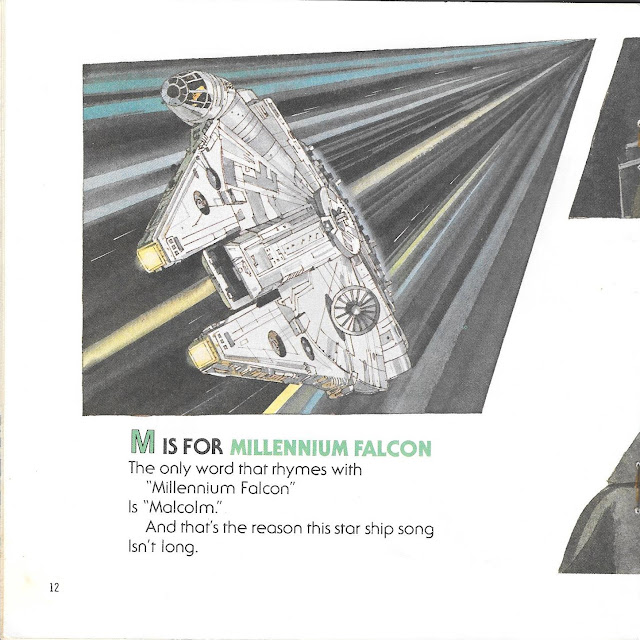 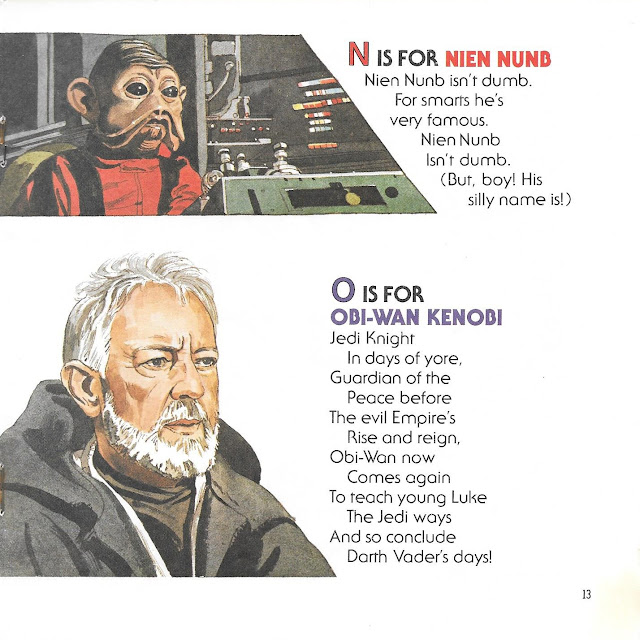 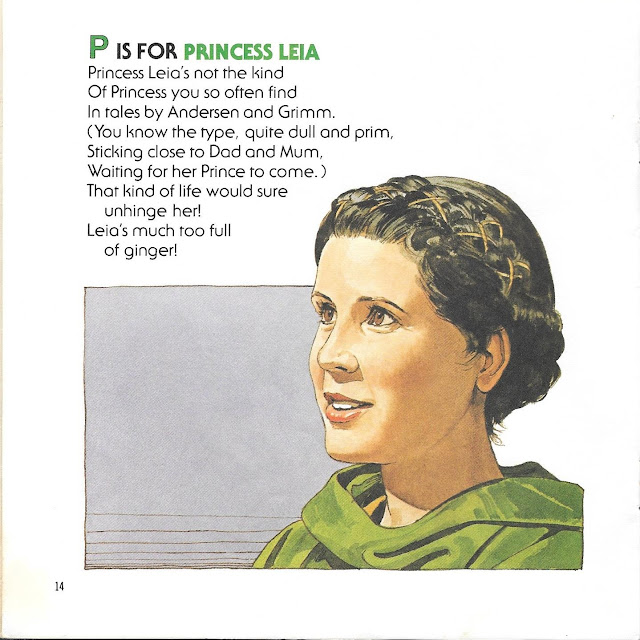 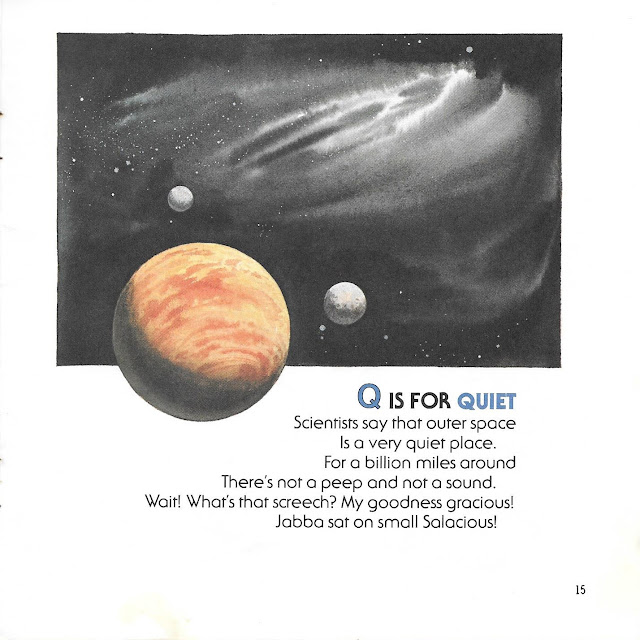 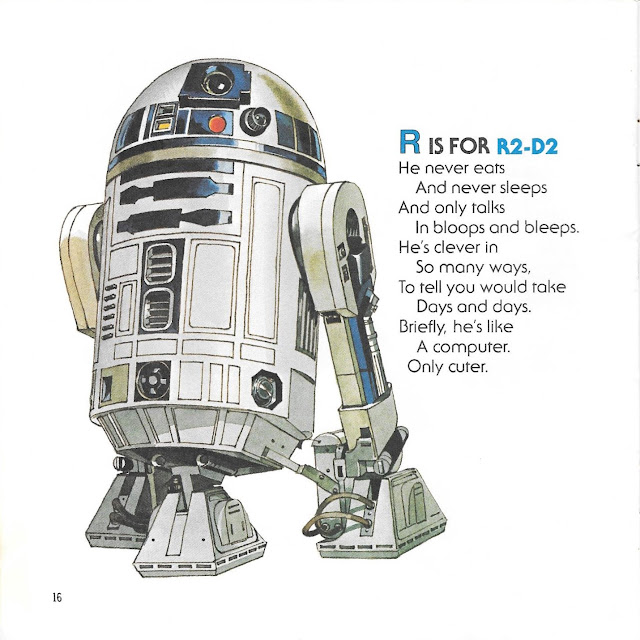 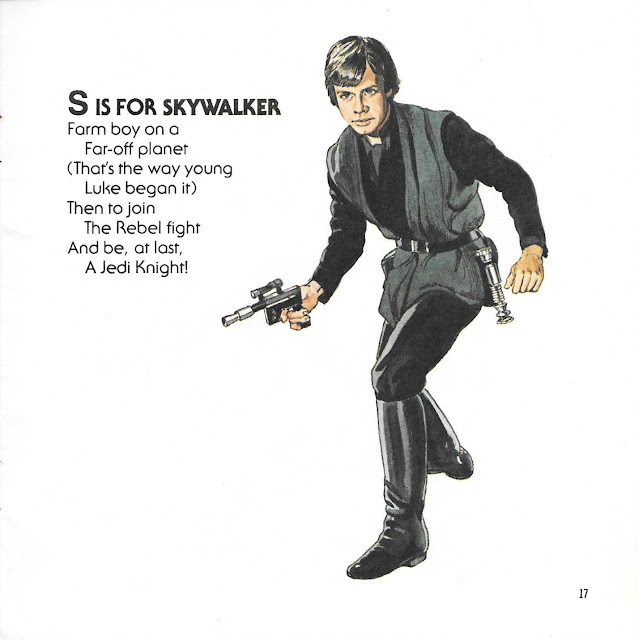 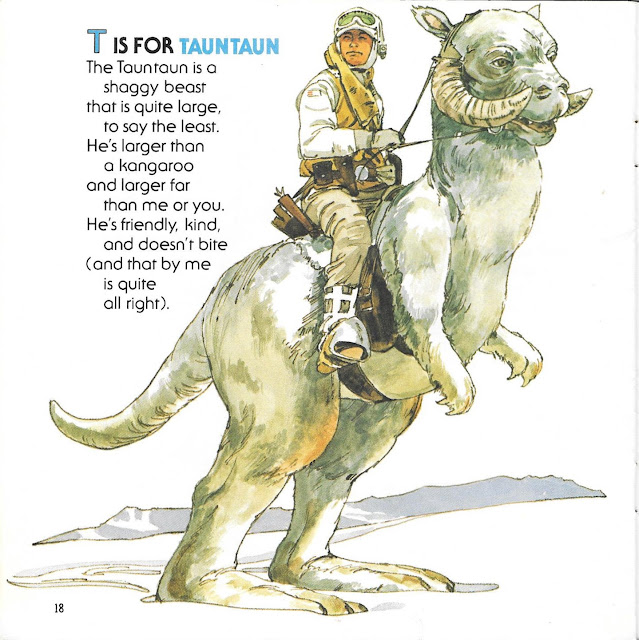 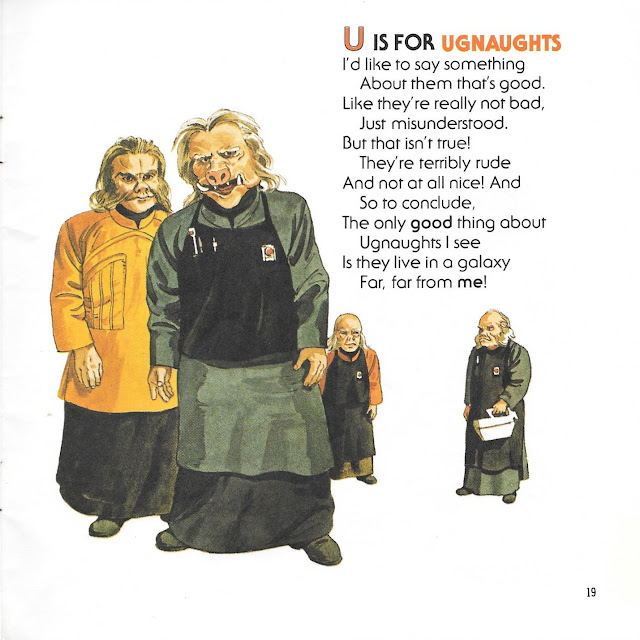 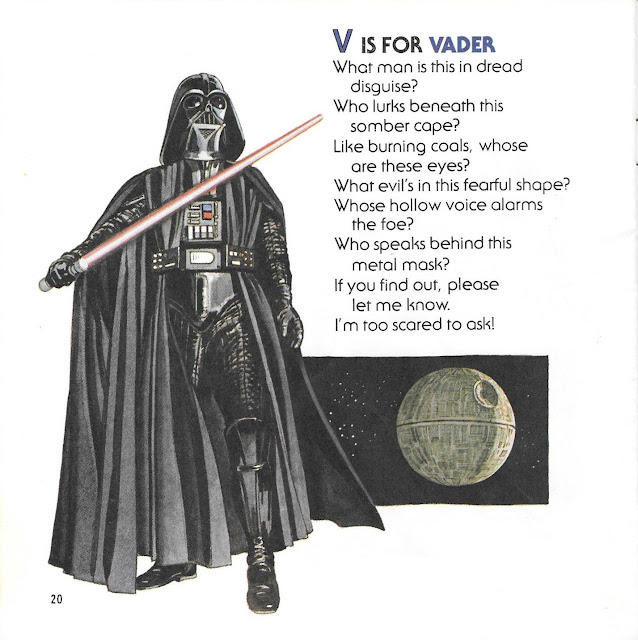 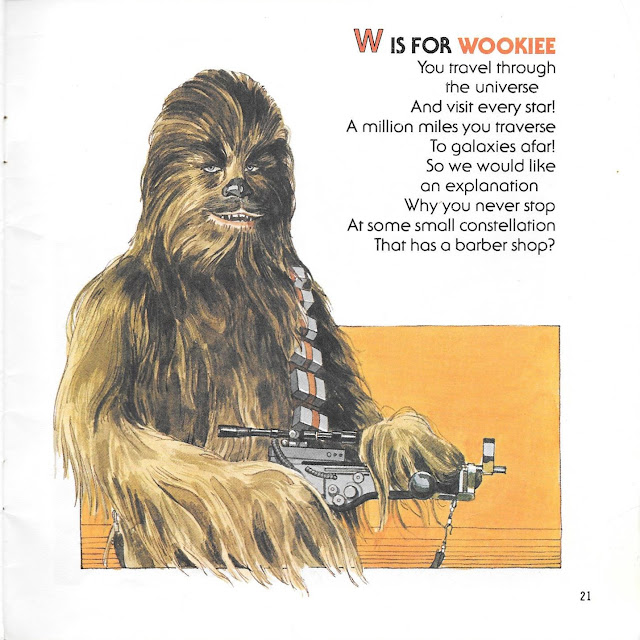 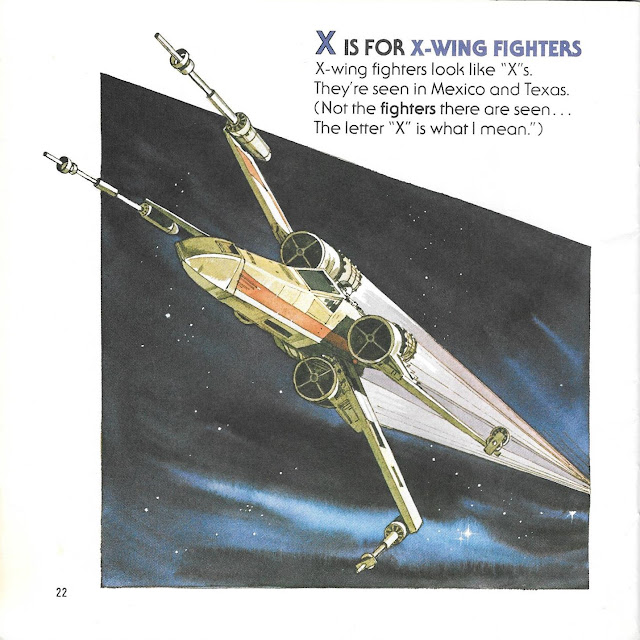 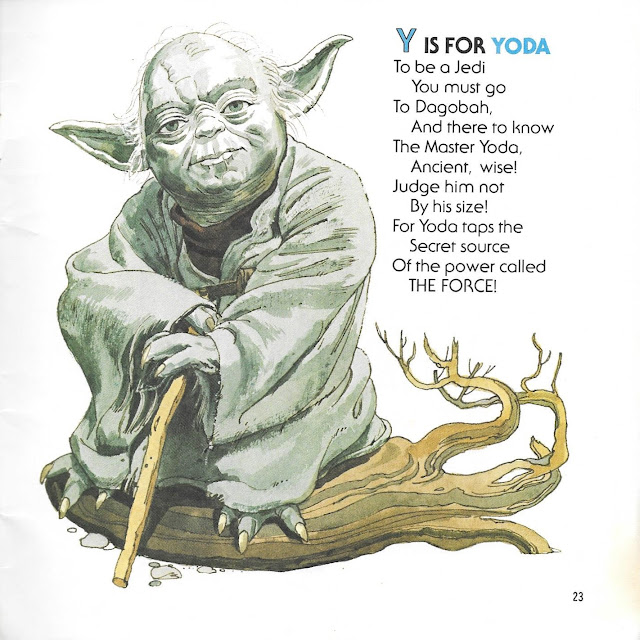 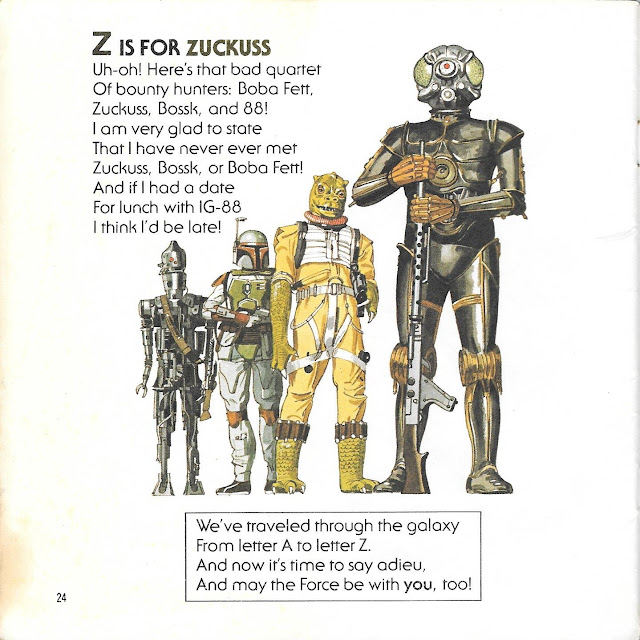 Posted by Jonathan Brinson at 10:15 AM