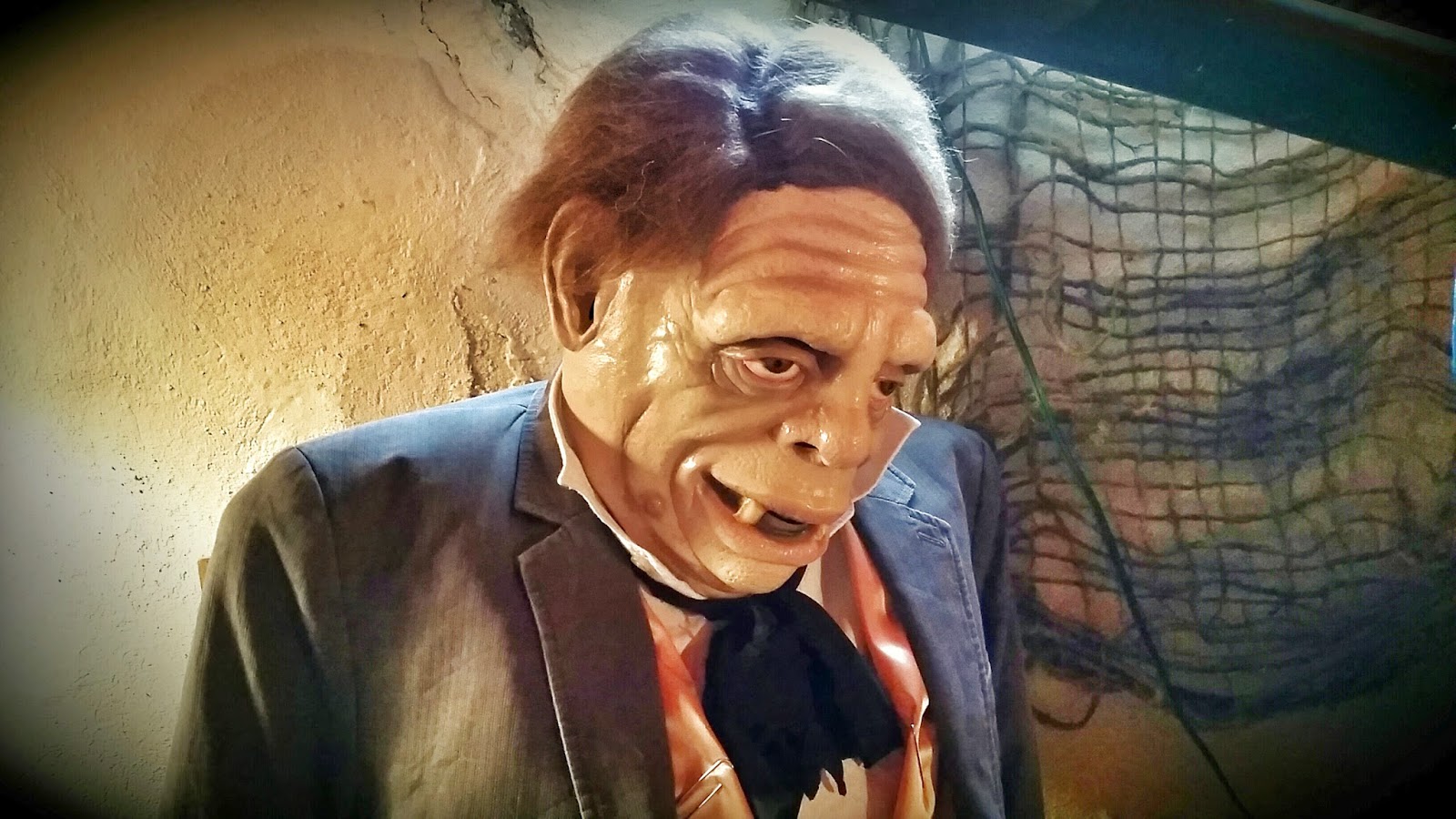 Since they're taking so much of my time away from blogging, I thought it would only be right to share some of my Halloween projects with you.  My first (nearly) complete prop for this year is Cousin Eerie which is obviously based on the host of Warren's Eerie Magazine! 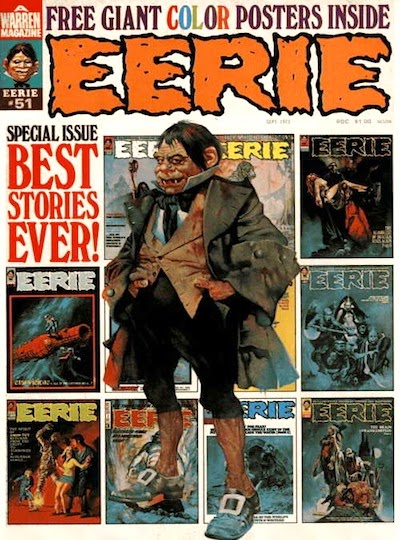 I came up with the idea for this prop shortly after last year's Halloween festivities (That's usually how it goes, just as soon as one season is over it's time to prepare for next year!).  I thought it would be kind of creepy to have a character sitting in the dark just kind of laughing to himself.  I had just recently started collecting Warren's Creepy and Eerie magazines, so I thought it would be cool to incorporate one of those characters.

I was very pleased to find that the mask company Trick or Treat Studios produced an excellent Cousin Eerie mask, so it wasn't long before I placed an order...  And the mask sat on my shelf for several months.  It's a bad habit, but I typically don't feel like building props until two or three months prior to Halloween.  So in the meantime I sat down and drew up some "concept art" - something that I hadn't done before, at least not for Halloween props - to get my ideas down on paper...  Plus, they're fun to draw! 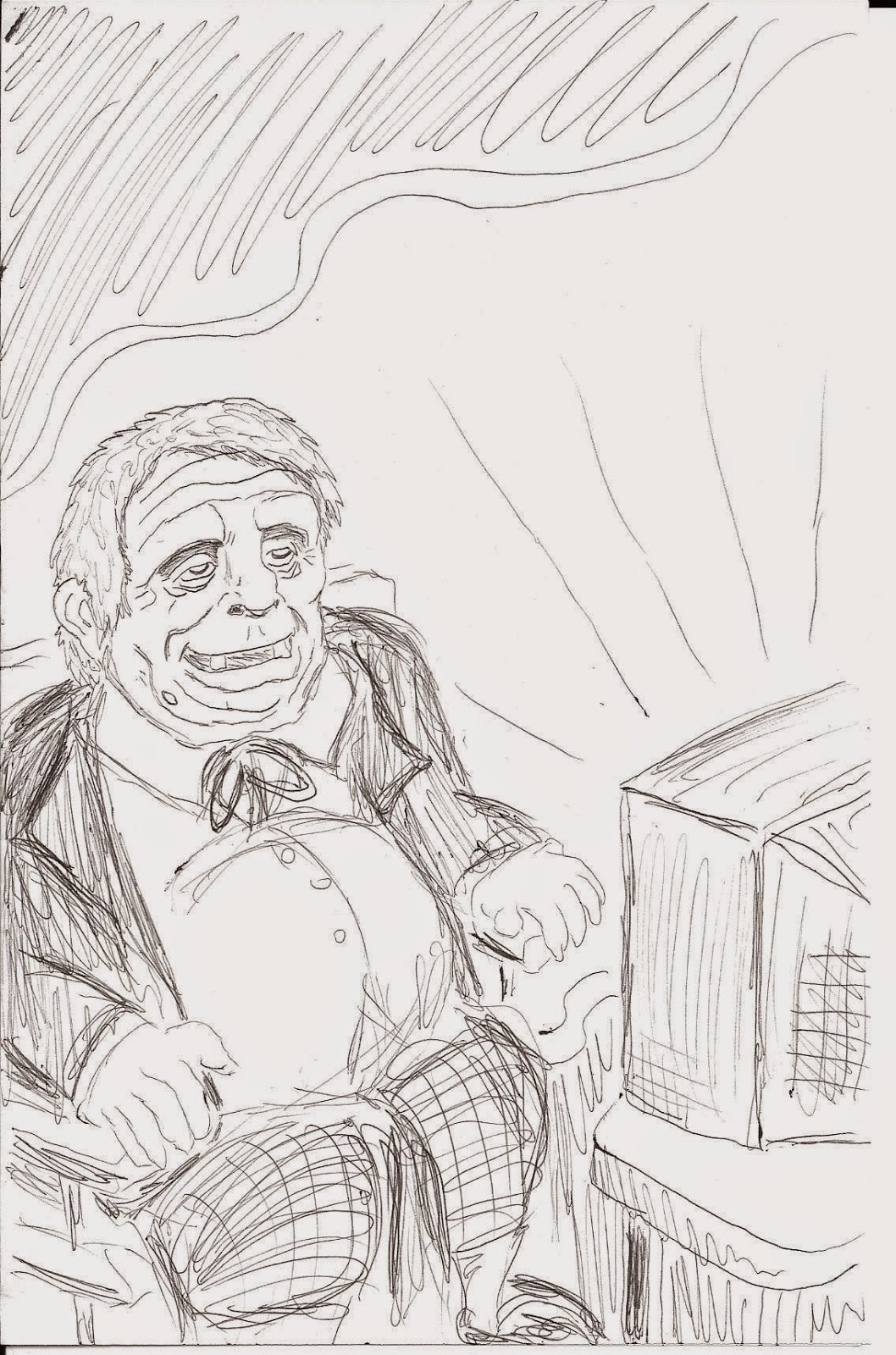 Flash forward:  The months went on and on and I finally realized that I could not wait any longer to start on prop-building.  It was time to take the mask of the shelf and construct a body.  When I first started building props I stumbled upon some great plans for building life-size figures out of PVC pipe.  I've been using these same plans ever since.  It takes a little while, but soon you end up with a rough "skeleton" for your prop.  Once I finished the frame work it was time to begin bulking the body out so it didn't look too gaunt.  I've found that chicken wire works great for creating lightweight chest cavities and other body parts. 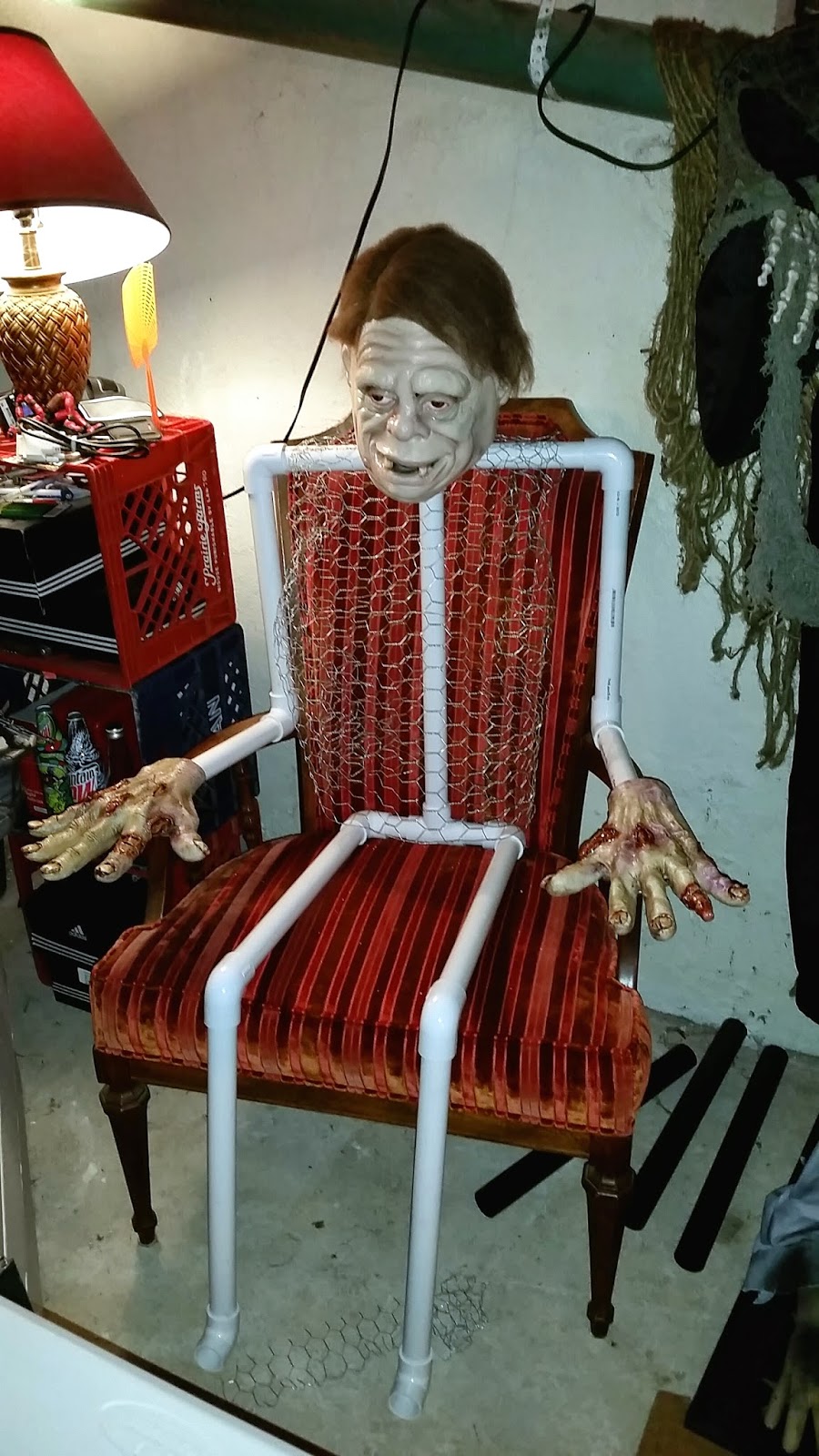 I usually glue my PVC pipe together for additional structural support.  However, if you are going to attempt to try this yourself, I recommend taking your time with this particular step because the glue dries and hardens very quickly.  Make sure that your figure is positioned exactly how you want it before gluing.  Another tip:  glue the non-moving joints first to allow you additional time to get posing and dressing correct.

The clothes all came from the local Goodwill store.  I was really lucky to pick them up all in one trip.  With some slight modifications I was able to emulate Eerie's garb quite successfully I think.  I suppose I should also mention where Cousin Eerie's hands came from.  It's very difficult to find creature hands that match up with a mask unless it's a package deal.  Luckily, Ghoulish Productions has some zombie gloves that match the mask's flesh tone closely enough. 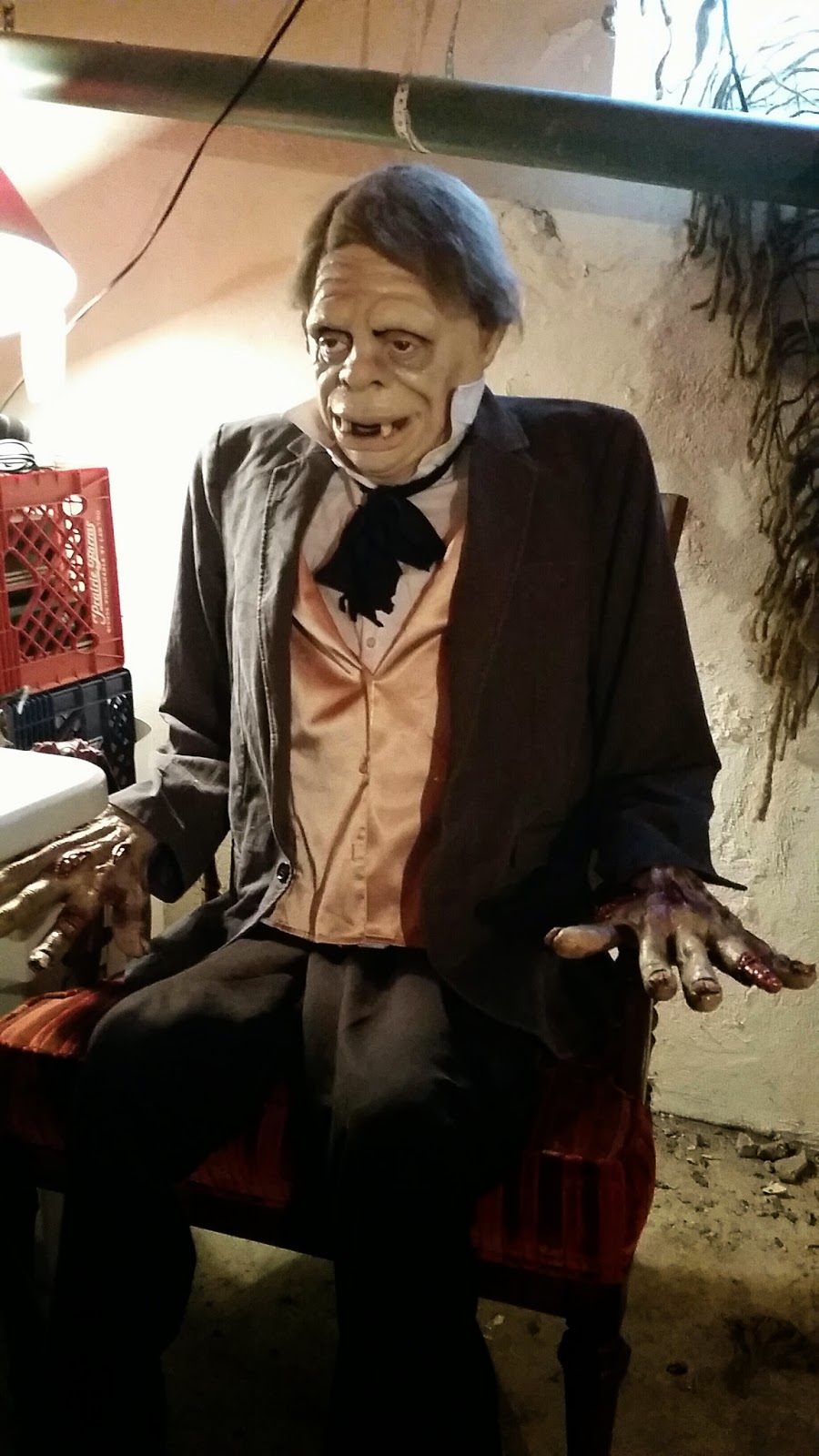 Come Halloween night I plan on having Cousin Eerie sitting on the edge of our yard display, his features illuminated only by a television screen.  He will be blissfully gazing into the television set which will be playing a loop of old black and white horror movie trailers, chuckling to himself amidst all of the mayhem...

Look for more Halloween updates in the future!
Posted by Jonathan Brinson at 8:44 PM