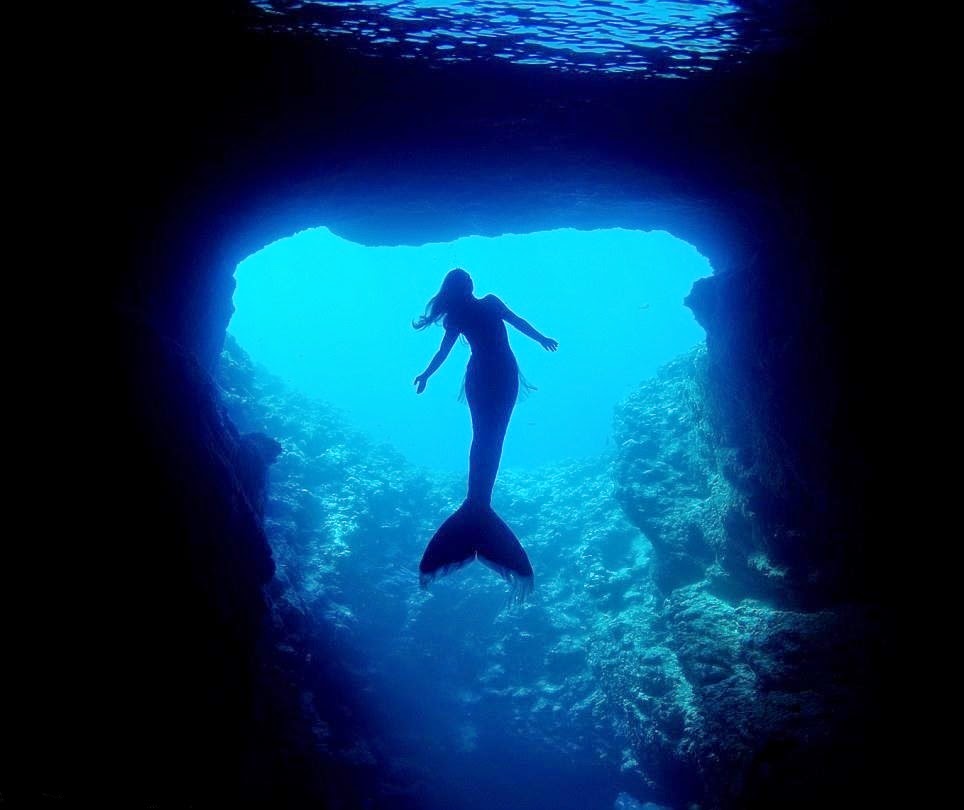 For centuries sailors have told tales of amazing creatures they had seen on their nautical journeys.  One fabled creature that has been reported time and time again through the ages is the mysterious and alluring mermaid.  Whether they be friendly, curious entities described Hans Christian Anderson or beguiling, malevolent sirens that lure sailors to their doom, mermaids remain a source of undying fascination. 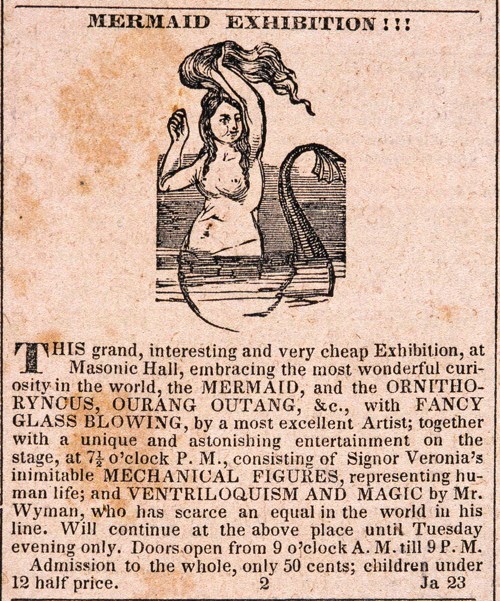 From 1842 through sometime in the 1860's the famous showman P.T. Barnum advertised an exhibit claiming to showcase a peculiar specimen called a "Feejee Mermaid".  That's right, for the fee of "only 50 cents" anyone could come and see for themselves a real-life mermaid!  However, the illustration on the poster was more than a little misleading... Half humanoid and half fish, the creature on display was was not what they exactly what the crowds expected.  Some people were aghast.  The small, withered form of the "mermaid" was mummy-like in appearance.  What was this thing?  Where did it come from?

Supposedly, the specimen belonged to a man who had obtained it for a sum of $6500 from a group of Japanese fisherman in the 1820's.  After passing through the ownership of various collectors, the creature finally ended up being a part of Barnum's show.  As previously mentioned, Barnum attempted to pass off the mermaid as authentic, but the thing was actually a crudely crafted fake. 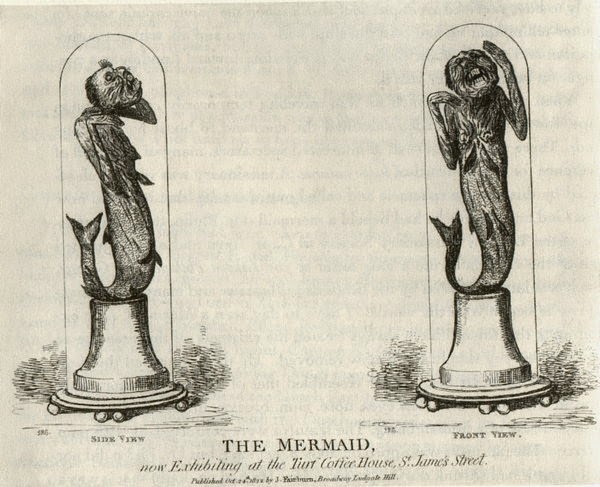 The mermaid was actually remains of a monkey combined with the tail of a medium-sized fish.  The effect was completed with hair from other animals and faux scales that were glued to the body.  Apparently the creation of mermaids such as Barnum's was a thousand-year-old tradition among Japanese taxidermists showing off their skills.

While many people coming to see Barnum's Feejee Mermaid were not fooled by the thing, it became something of a sensation and - in some places - a source of controversy.  The Feejee Mermaid remained a part of Barnum's show until 1865 when it was apparently destroyed in a fire that broke out in his museum. 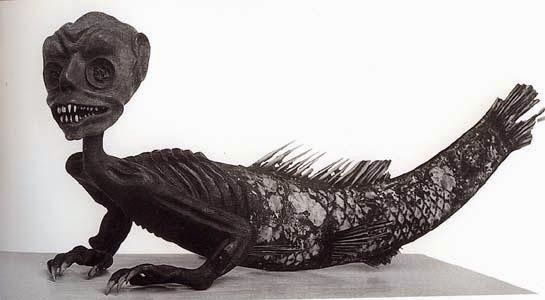 Inspired by Barnum's original specimen and its success at drawing curious (and more importantly: paying) crowds,  countless imitators have since made their own versions for years.  No self-respecting sideshow would be complete without at least one Feejee Mermaid in their collection!

Posted by Jonathan Brinson at 9:53 PM