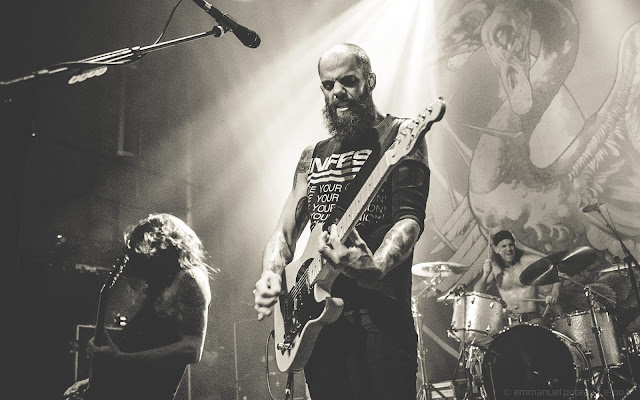 The answer for many might be a fairly simple - and resounding - "YES!"

However, blogger Andrew Powell-Morse decided to take a more scientific approach in his search for an answer.

Powell-Morse recently shared a study he conducted which analyzed the intelligence of the lyrical content of the most popular music from the last decade.  To determine the lyrical sophistication of the music in question needed for such a comparison he used an existing writing analysis formula to decide each songs' Readability Score.

Stay with me here: The formula Powell-Morse utilized is typically used to analyze the readability of novels.  It factors in a piece of writing's word count, the number of syllables per word, and several other text attributes. The formula ultimately expresses a writing's score as a grade level based on the U.S.'s education system:  Grades 1-12, with grades 10-12 being the reading level of most high school graduates.

In total, Powell-Morse inputted some 225 songs which had spent time on the #1 spot on the Billboard charts within the last 10 years.  The songs he analyzed represented a variety of genres including Pop, Rock, Country, and Hip-Hop.  The results for each genre were finally averaged together based upon the year of release.

Ultimately, Powell-Morse efforts revealed a number of depressing - though maybe not surprising - findings.  His study found that over the past decade the lyric intelligence of hit music has dropped overall.

Perhaps what should be most disturbing is the fact that the drop wasn't all that dramatic: The lyrical intelligence of the music from all of the analyzed genres hovered around the 2nd-4th grade reading level.

These results beg the question:  Are artists "dumbing-down" their lyrics to appeal to wider audiences?
After all, it's fairly often that studies such as this present similar results, painting a bleak picture of the intelligence of musicians, their audience, and perhaps society as a whole.

If you're still reading:  Please indulge me a bit further, as I finally get to the point of this post...

I've noticed that the Metal genre is unfortunately overlooked in studies such as this.  It is, of course, understandable considering that popular music is typically being examined due to its reaching the widest audience, while Metal has always been on the counter-cultural fringe.

It is undeniably true that there are countless Metal acts which would fall into the overtly knuckle-dragging metal-head stereotype.  However, we should also take the time to acknowledge that there are also a number of sophisticated lyricists - and insanely talented musicians in general - to be found in the Metal genre if one is willing to give a listen.

To illustrate my point, I have selected some of my favorite songs by a few of my preferred Metal acts and entered their lyrics into a similar online program which analyzes the sophistication of the inputted material and presents an average grade level based on 5 different readability formulas.

Admittedly, my method is a far cry from the analytical and meticulously scientific approach used by Powell-Morse - and severely lacking in colorful graph department.  I have most definitely cherry-picked the music being analyzed, choosing to focus on favorite songs by favorite artists from the genre with no specific time-frame or adherence to Billboard popularity.

You can check out the results below.  If nothing else, it's a heckuva playlist!

Sample Lyrics:
There comes Fenris' twin
His jaws are open wide
The serpent rises from the waves

A Horse Called Golgotha by Baroness


Sample Lyrics:
Call the boy
He's down the hallow
Cull the tide
Distill the rye

Now it's time for medication
Stallions on the eiderdown

The stained horizon
Ablaze with revolvers
Stampedes and bridles

Exorcise the family demons
Stallions on the eiderdown

The stained horizon
Of the dark rein and rider

Beneath These Waves You Sleep by Demons & Wizards

Sample Lyrics:
Come all you mast-heads
Come all you harpooners
Sing out for him, well
My order shall be clear


Let revenge be mine

Sample Lyrics:
I tried to burrow a hole into the ground
Breaking all the fingers and the nails from my hands
The eyes of a child see no wrong
Ignorant bliss, impending doom

Lost love
Bright eyes fading
Faster than stars falling
How can I tell you that I've failed?
Tell you I failed

The Thing that Should Not Be by Metallica

In madness you dwell

I, Voyager by Nevermore


Sample Lyrics:
If you view life as a mission
For truth and purity in vision
You can become as the anointed
And fade away from the disjointed

In observation, I analyze
All the aspects of humanity that I despise

The Poet and the Pendulum by Nightwish


Sample Lyrics:
The end.
The songwriter's dead.
The blade fell upon him
Taking him to the white lands
of empathica,
of innocence
Empathica
Innocence

One last perfect verse
It's still the same old song
Oh Christ, how I hate what I have become

I cannot die, I, a whore for this cold world

The Light that Blinds by Shadows Fall


Sample Lyrics:
A crack forms in the foundation
Fault line through your defenses
Illuminating the essence
Once clouded by a myth

The comfort that you will find,
As you remain hidden.
The light betrays,
casting your true self away,

Long Live the Misanthrope by Soilwork


Sample Lyrics:
Where's the notion
That I would be left out
I wish you'd take me away with you
I know I cursed you
I know I had no doubt
That all of you were the thorns of life

Misanthropic tendencies
I was the one who could never believe
You broke my trust, all was lost
You're all the same to me
I made peace with solitude
A farcical interlude
The wrath made me a lonely soul

You won't affect me, I'm in control

When I take the role of the misanthrope

Notice that even the lowest scoring song - August Burns Red's Meddler - managed to nearly reach the 6th grade reading level, placing it well above the average score for the songs featured in the original study.  Meanwhile, the rest of the songs were comfortably within the 6th-10th grade range.

Another point of interest that I didn't realize until after I had already compiled my list of songs to be analyzed is that three of the selected songs had literary roots with their lyrics being derived from works of literature or folklore:  Demons & Wizards' Beneath These Waves You Sleep is based on Melville's Moby Dick while Metallica's The Thing That Should Not Be pays homage to the works of H.P. Lovecraft.  Additionally, Amon Amarth's Twighlight of the Thunder God obviously owes its inspiration to Norse Mythology.

I'm not going to be so bold to suggest that Metal artists are more intelligent than artists in any other genre.  Certainly there are numerous other Metal songs that would score lower, even songs by the very same artists represented here!  However, I do think that this serves to demonstrate a certain level of sophistication within a genre that is often looked down upon due to unfair stereotypes.

Before anyone takes this whole thing too seriously, please keep in mind that we are trying to attribute a numerical score for what is meant to be a purely subjective form of expression and entertainment. I hope you found this exercise as interesting as I did and I welcome your thoughts and opinions on the matter.

Posted by Jonathan Brinson at 9:59 PM