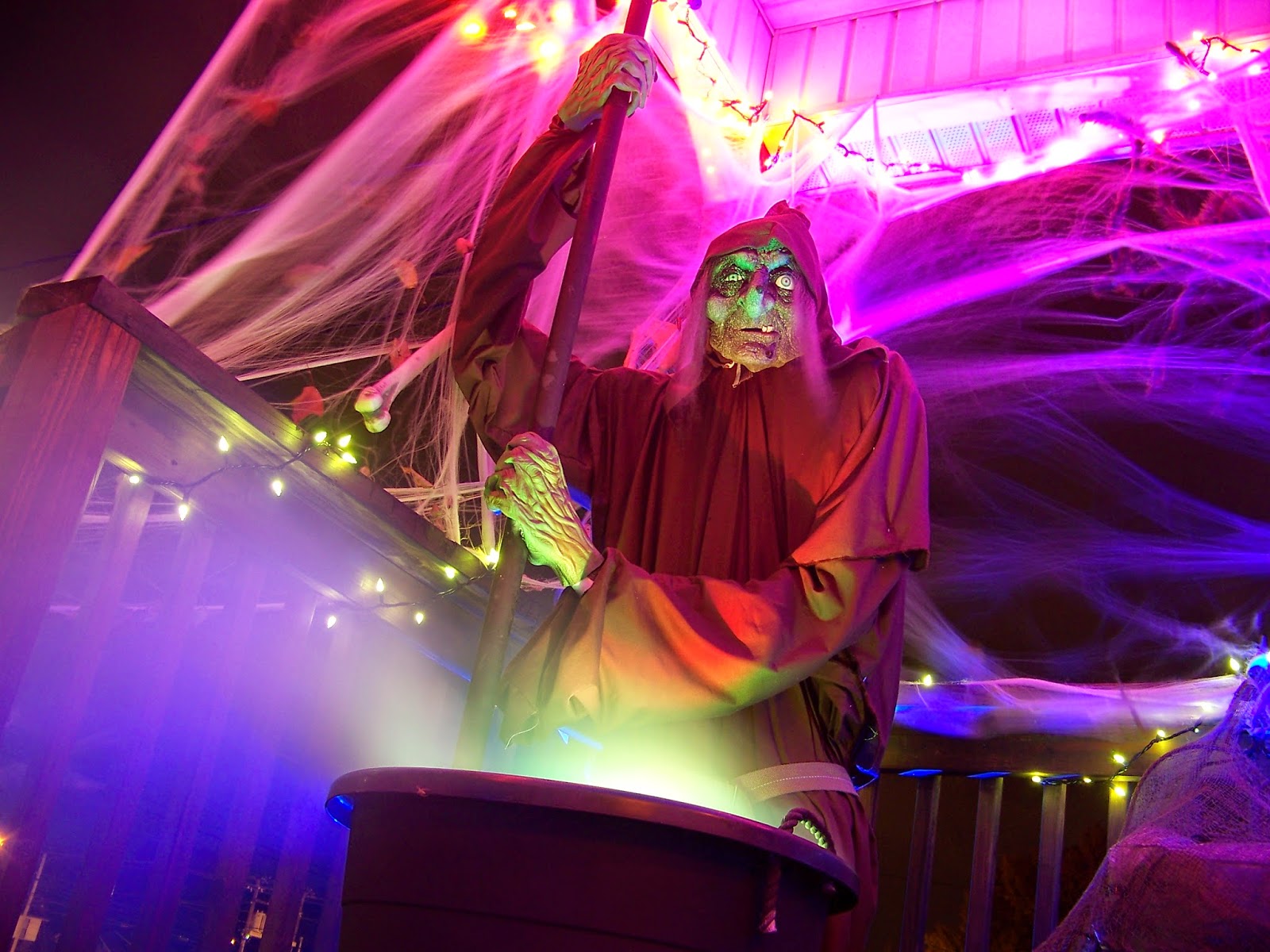 It's hard to believe that another Halloween has now come and gone... 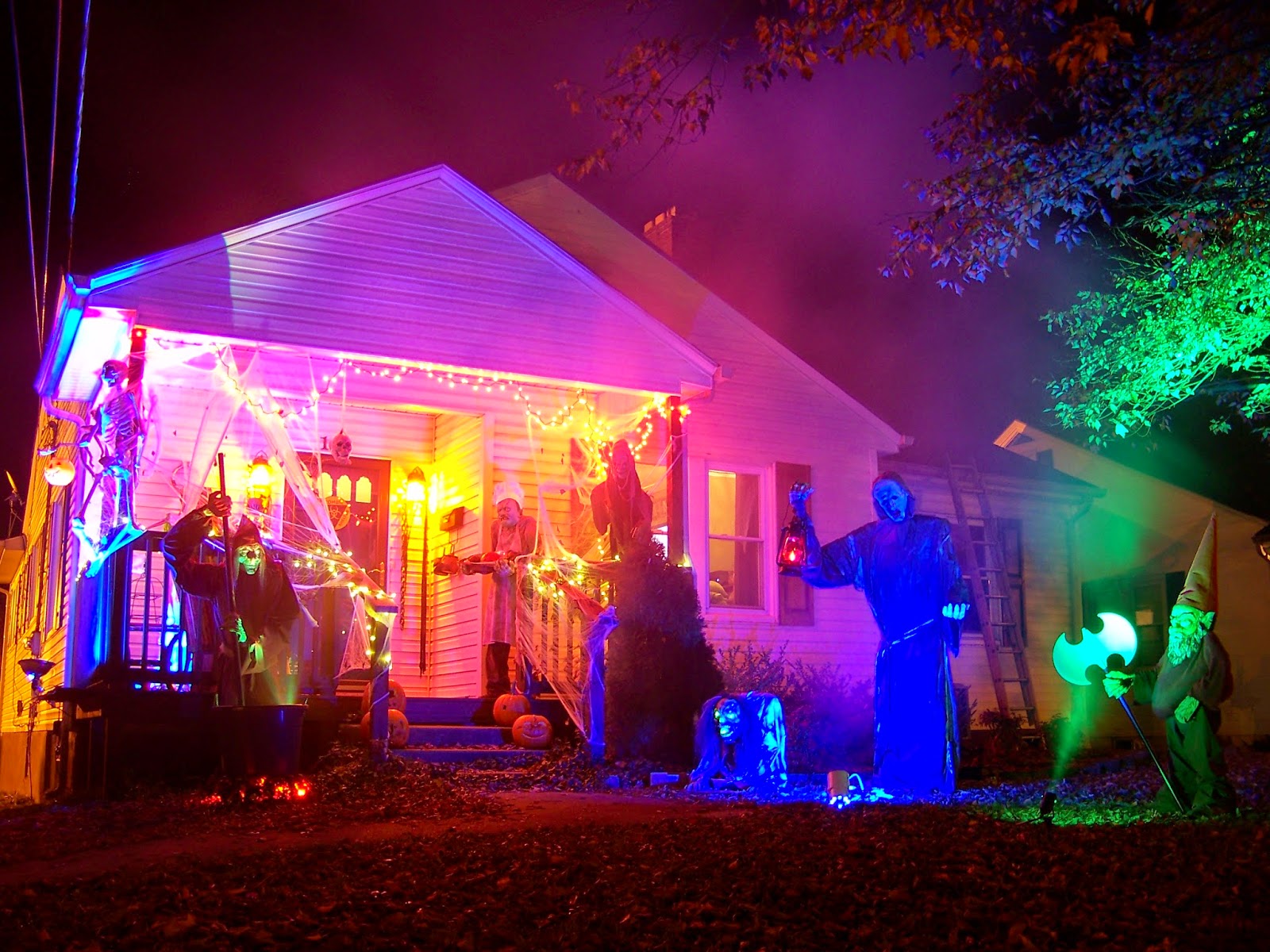 Above is a picture of this year's yard display.  At least this is how it would have looked had the weather not turned so nasty.  Between frigid winds and nearly constant precipitation, we were forced to bring the majority of the props inside to avoid damaging them.

Thankfully, I did set everything up just the night before to fine-tune the lighting and took some pictures! 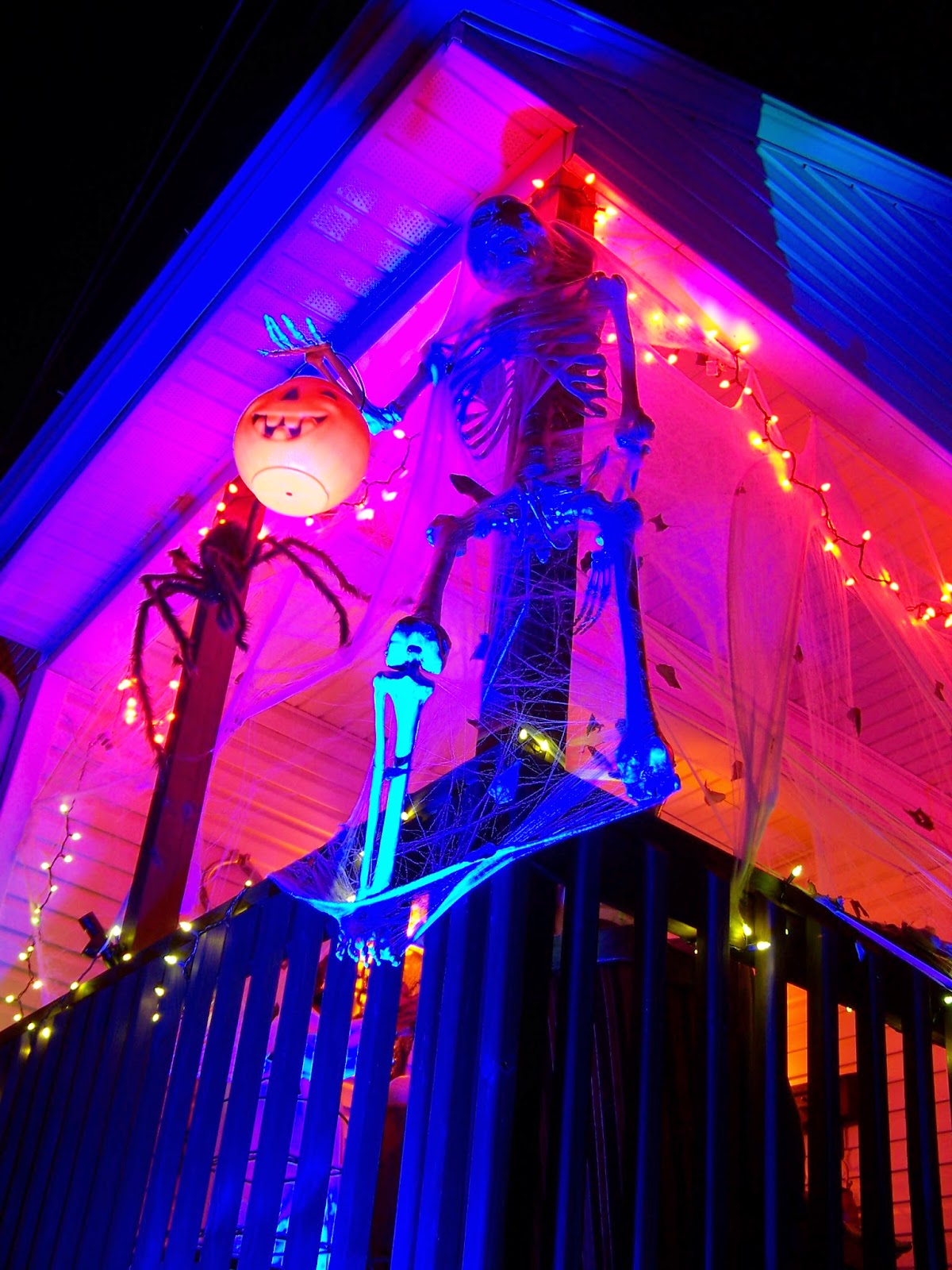 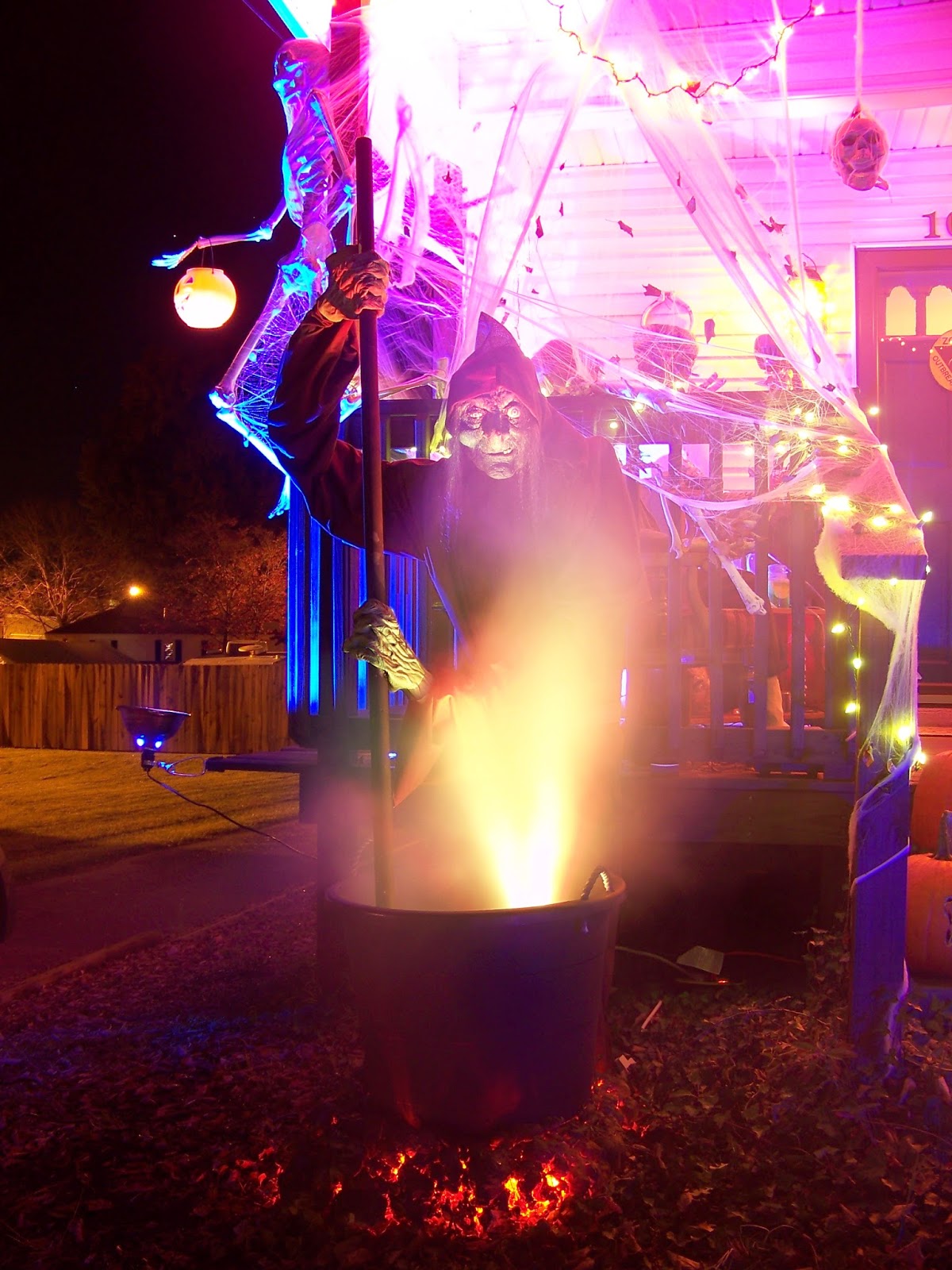 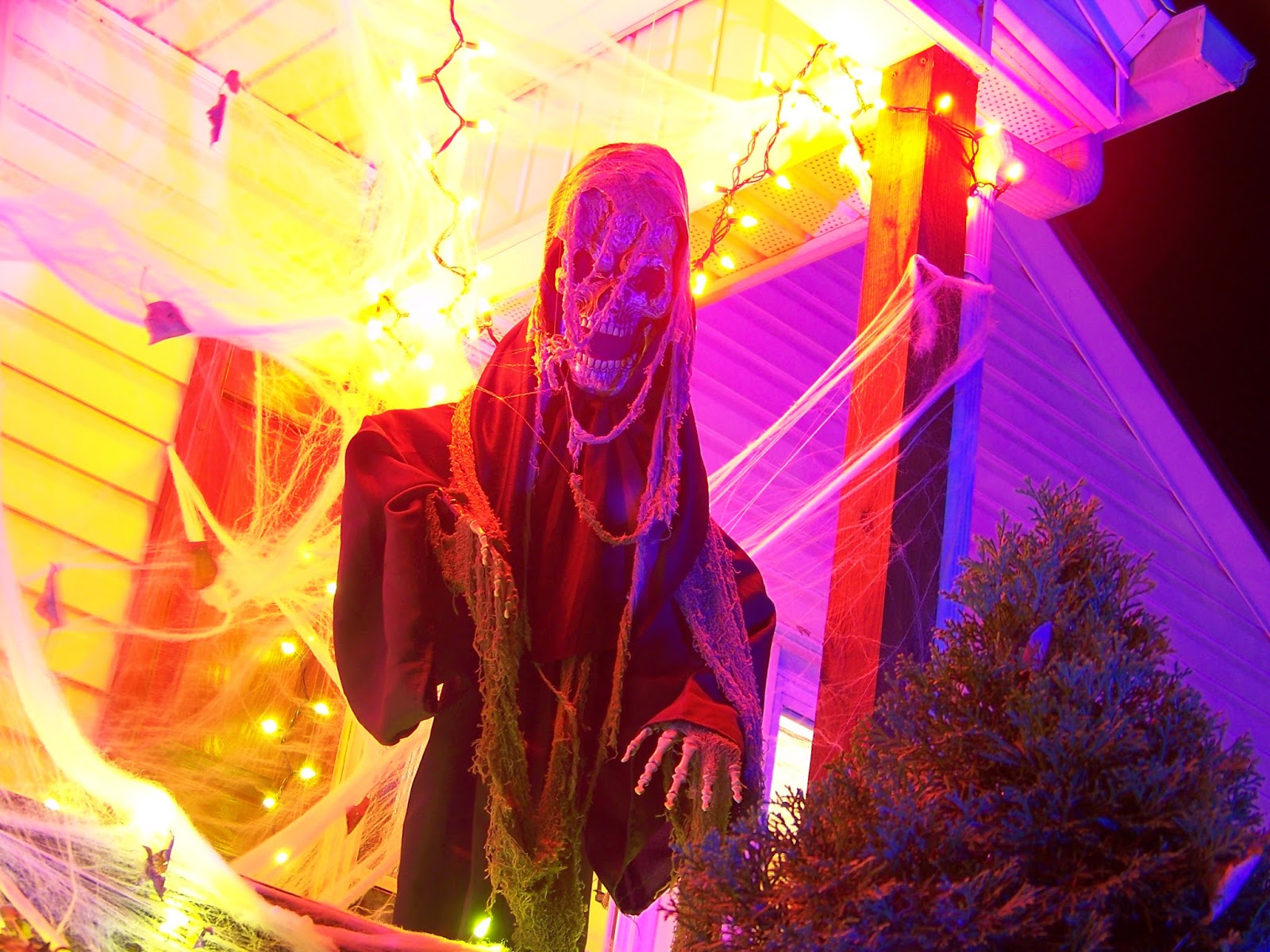 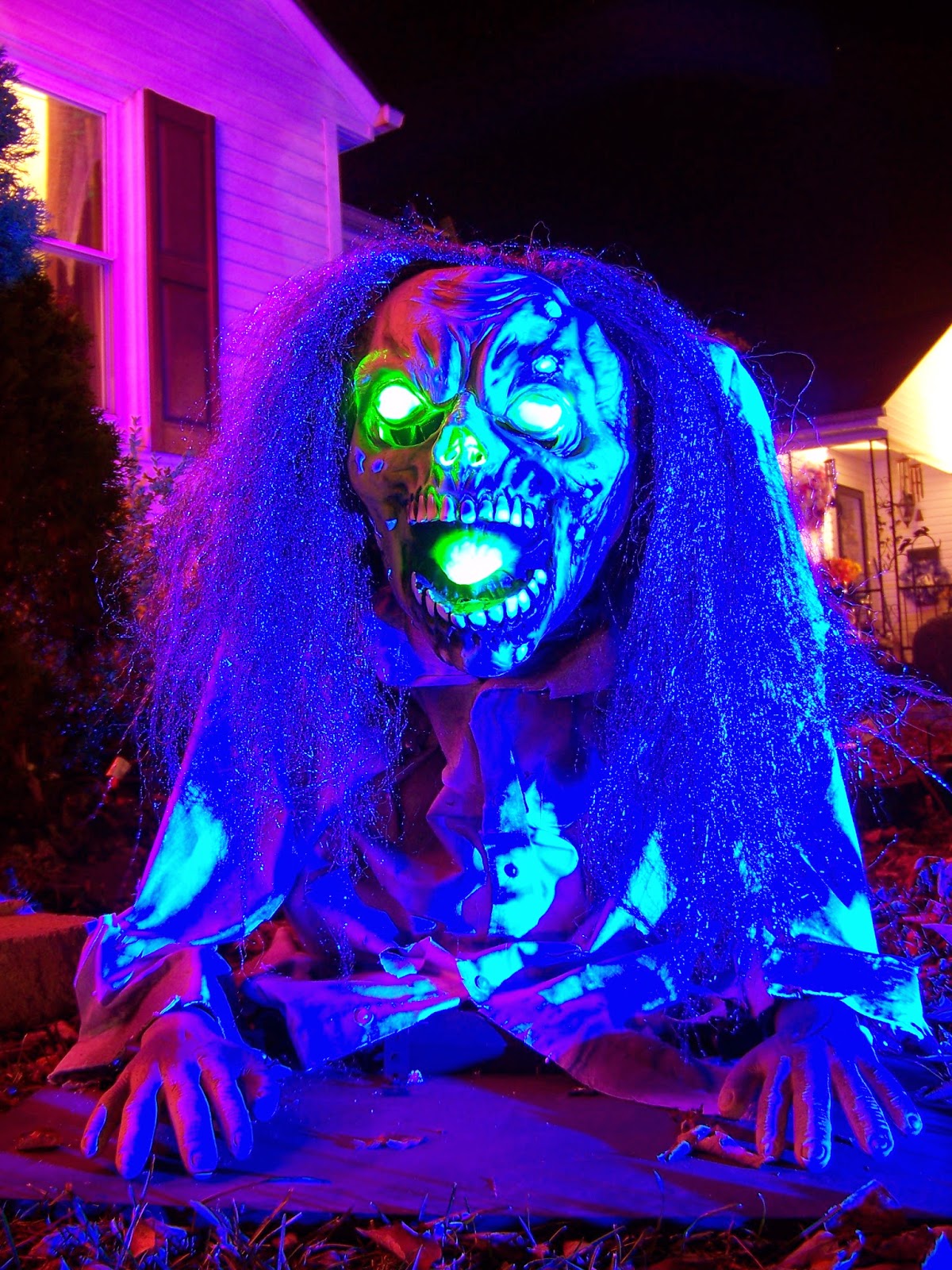 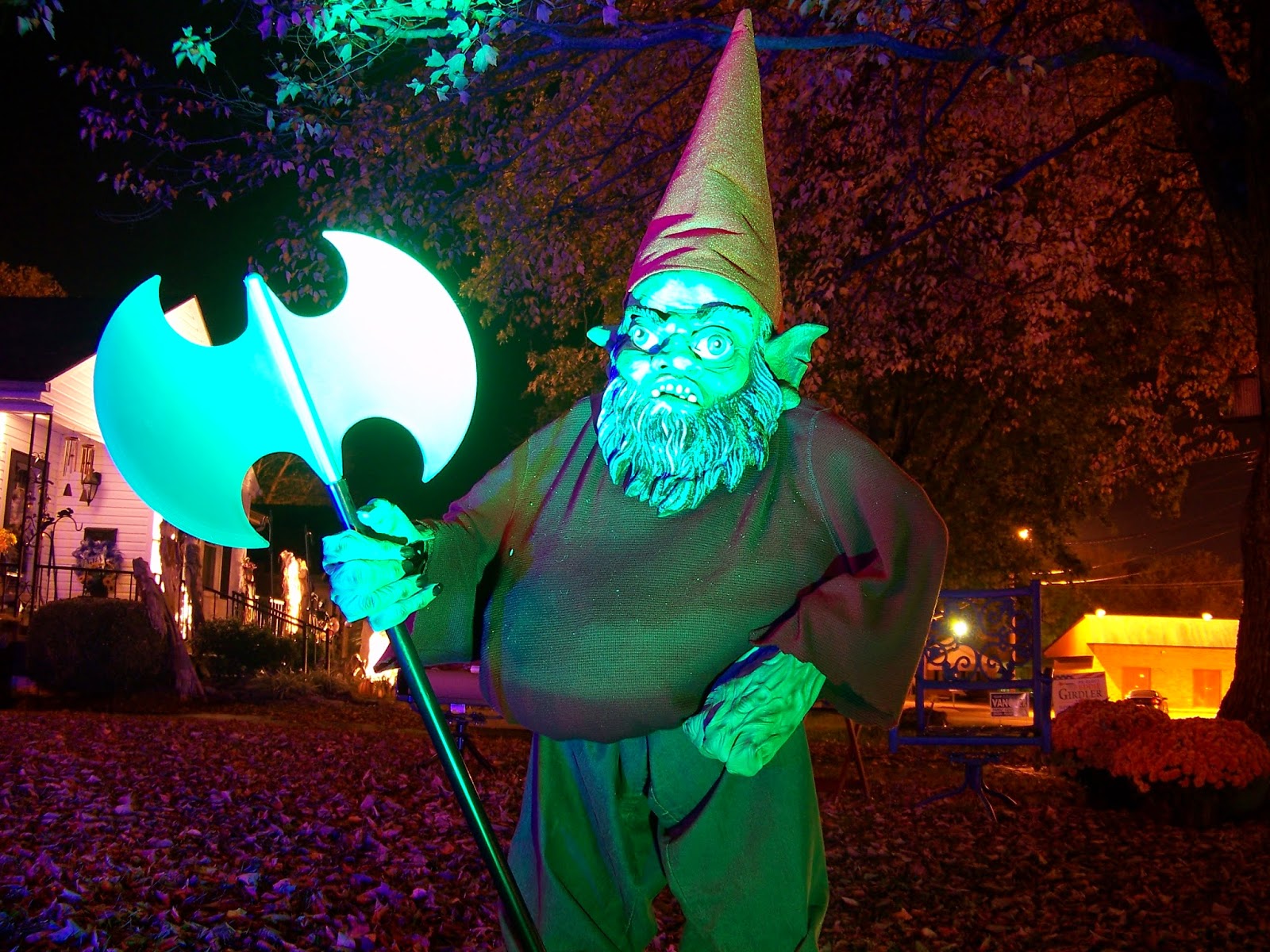 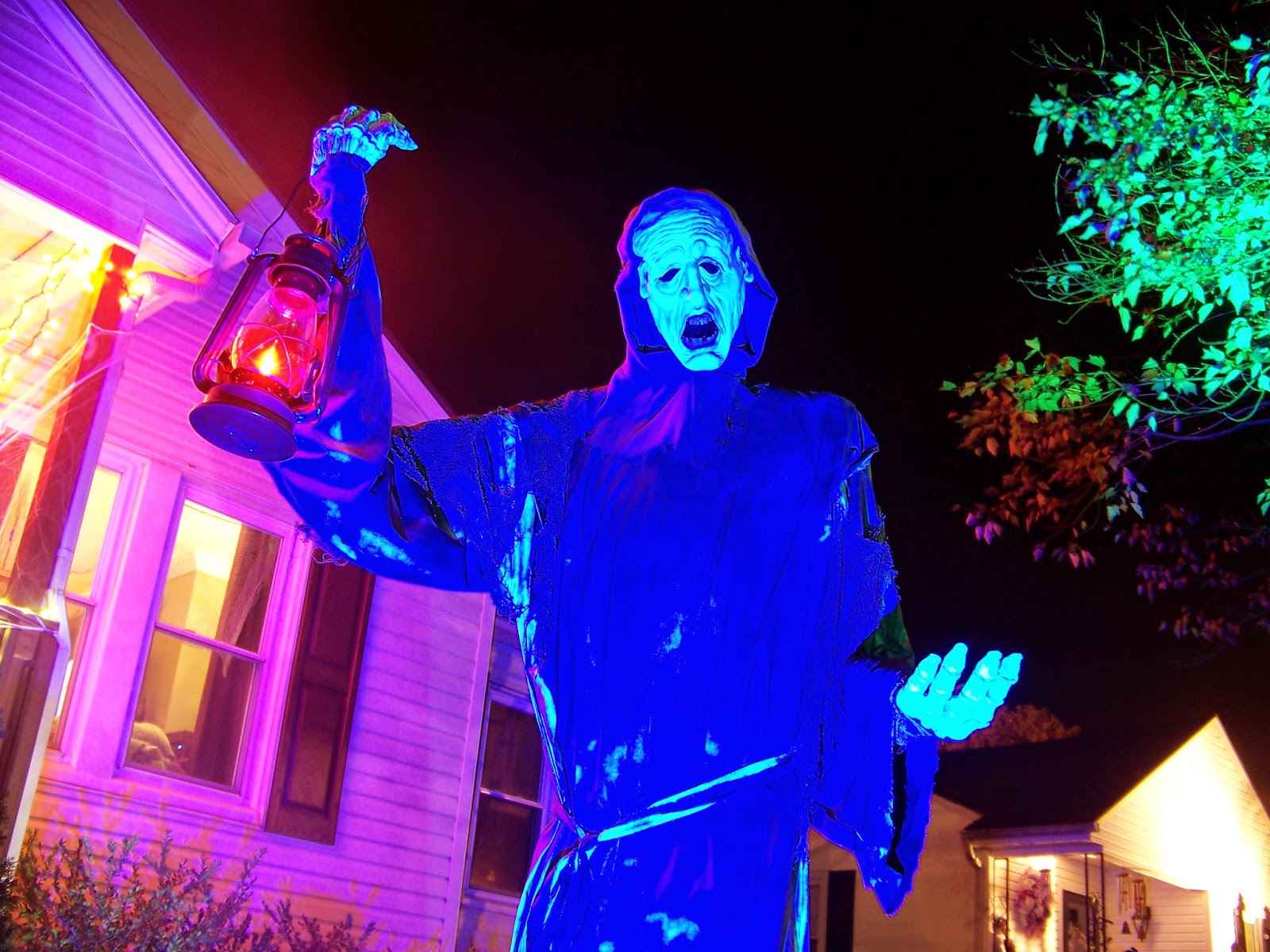 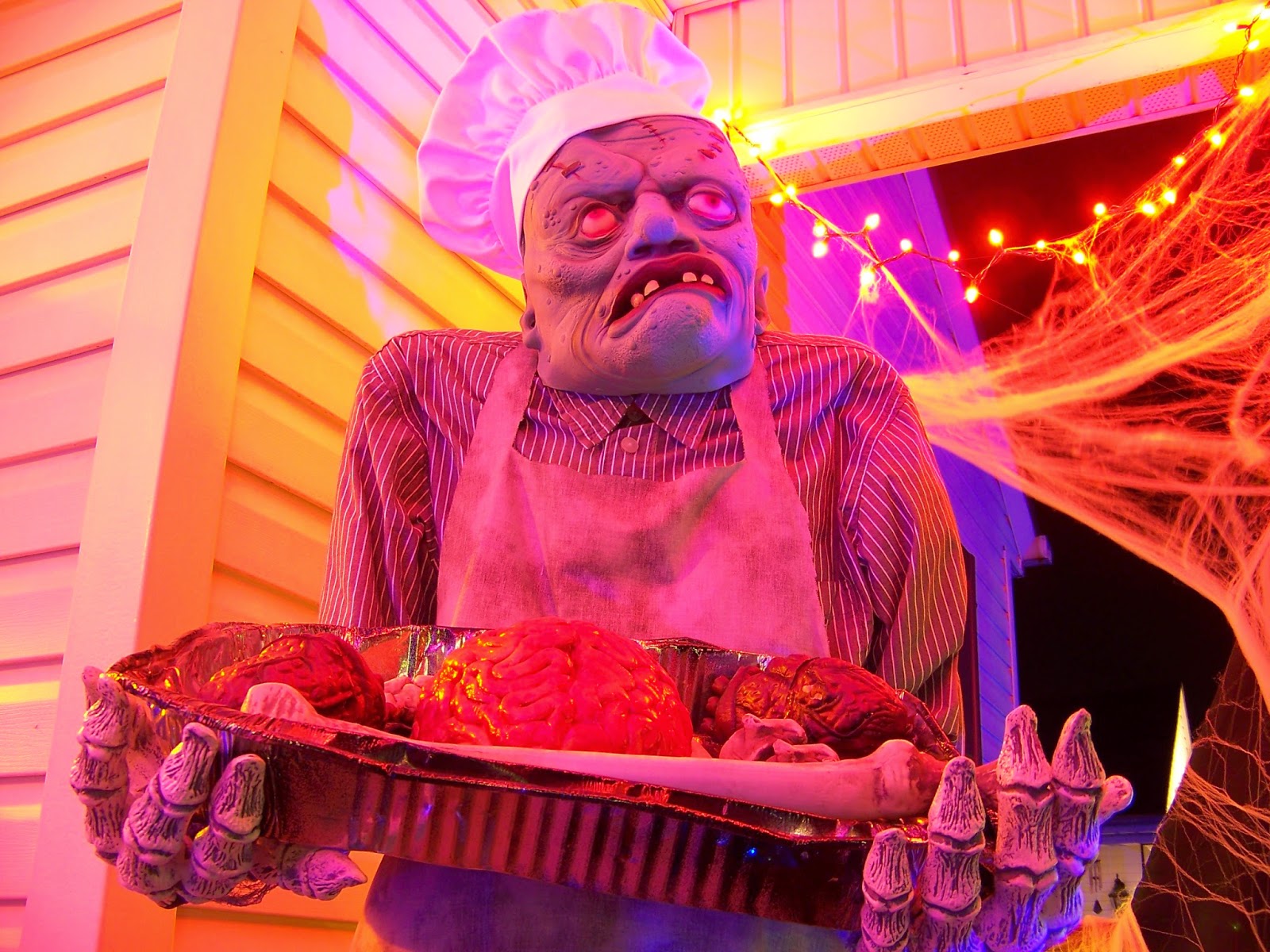 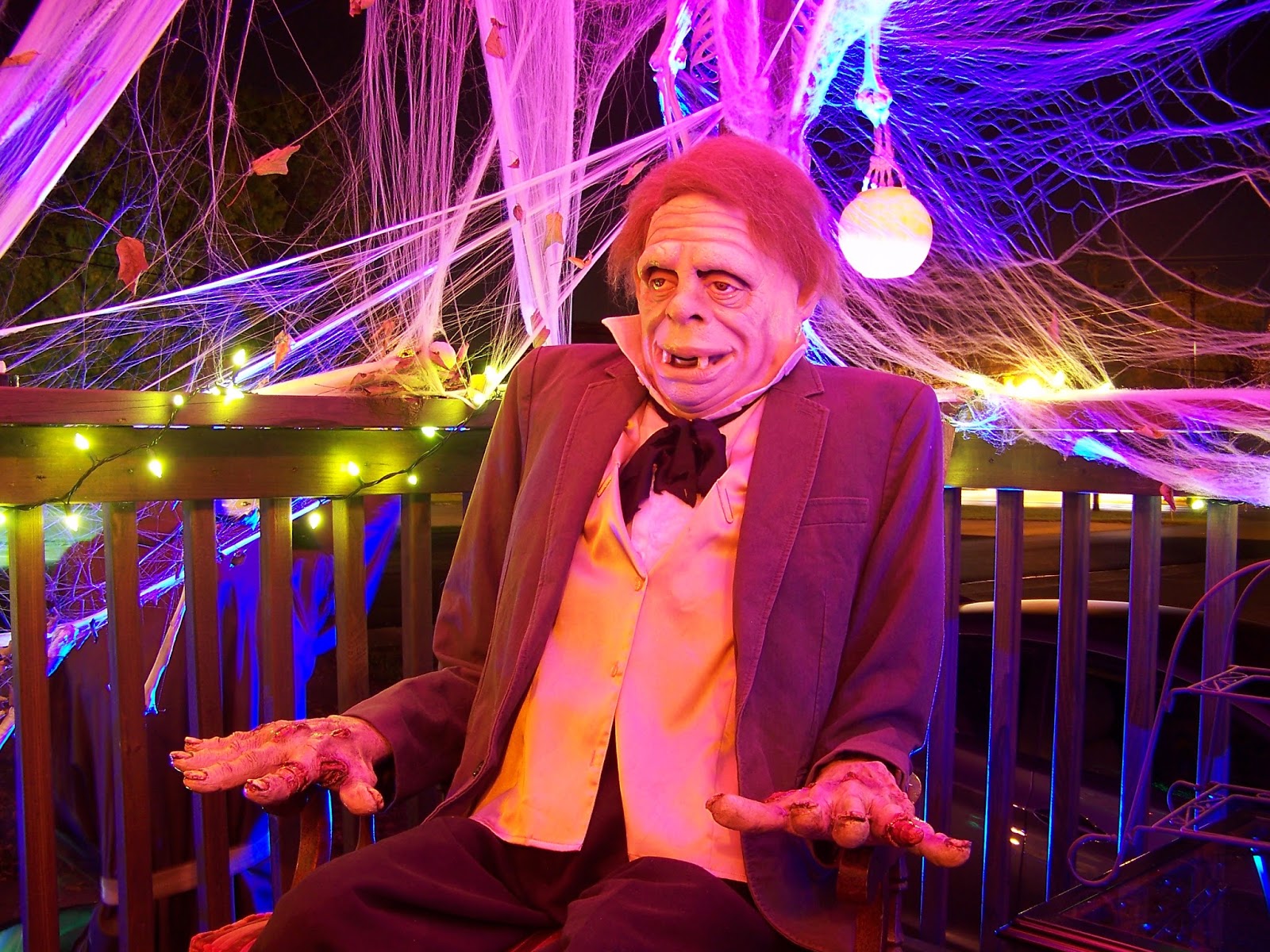 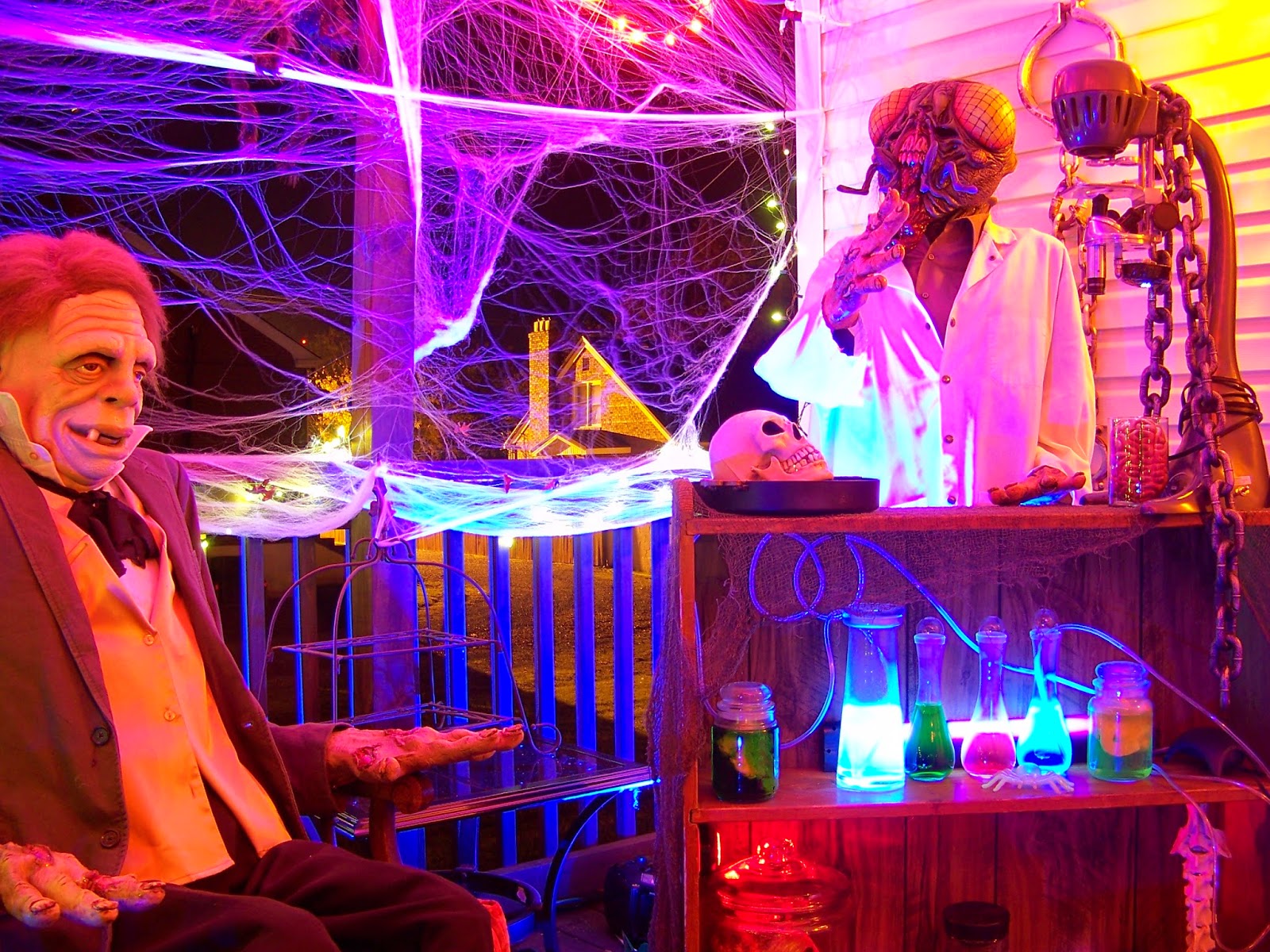 You'll notice a new prop next to Cousin Eerie in the picture above.  I call him Fly Guy and he's a prop I put together earlier this week.  I envisioned him as being a mad scientist of sorts, so of course I also had to make him a laboratory complete with glowing, bubbling chemicals, spooky specimens, and advanced, yet antiquated, scientific equipment.  Fly Guy's mask and gloves were made by Ghoulish Productions. 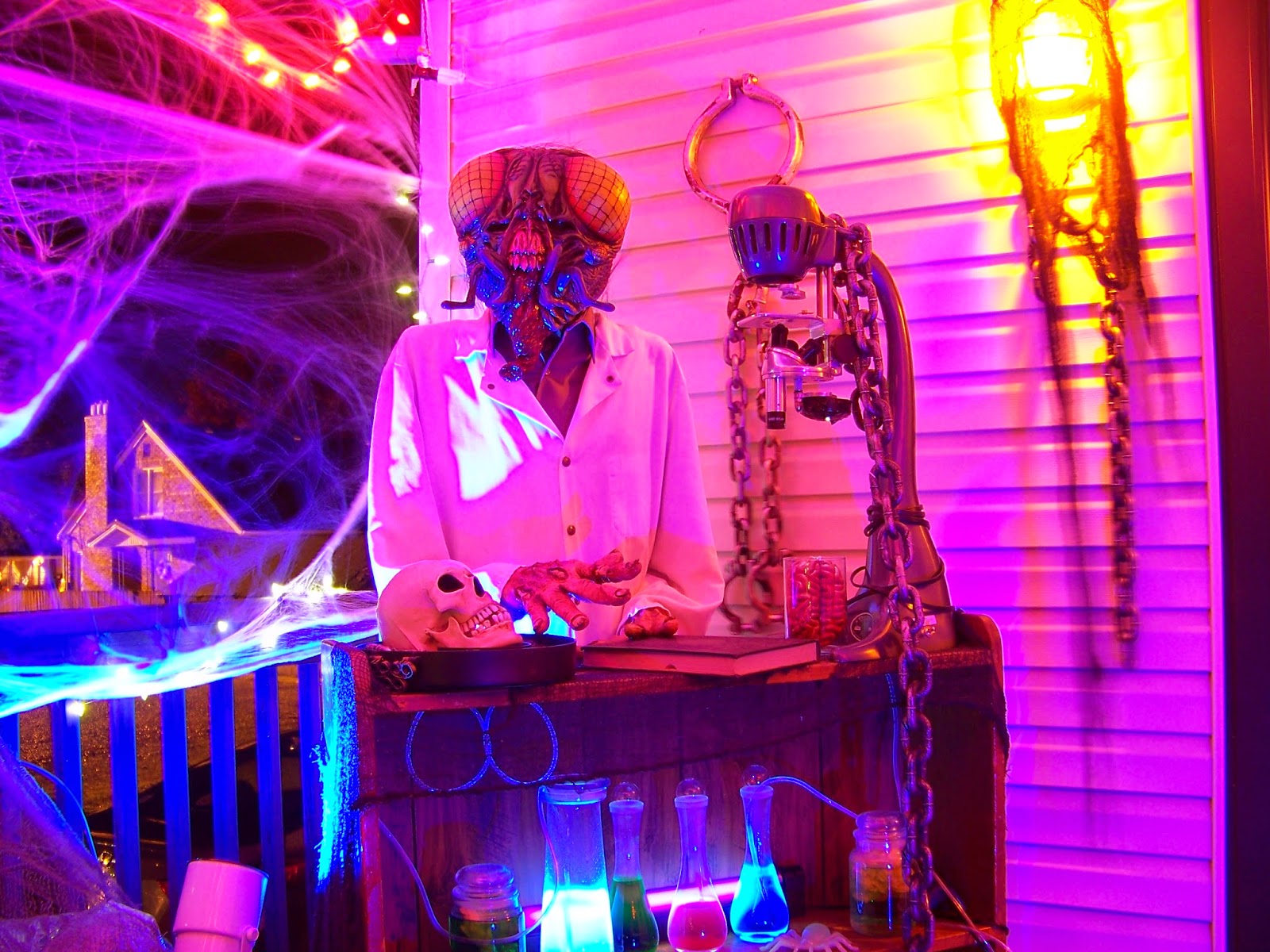 Anyway...  In total, we would have had around 10 full-sized props on display.  Unfortunately however, as I previously mentioned, the weather just didn't cooperate this year.  Any props we set up in the yard either blew over or were at risk of being ruined by the freezing rain.  It was only midway through trick-or-treating that we were able to put three props out on the porch.  Thus, we ended up having a bare bones (pun intended) setup last night.  Hagatha, the Toxic Zombie, and Fly Guy made the cut while the others had to be put back inside.

To say that I was disappointed with last night's weather is an understatement. It's frustrating to spend a whole year preparing for one night just to have it ruined by some nasty weather.

In spite of it all, we had fun and the trick-or-treaters seemed to get a kick out of the props we were able to display.

As an added bonus, Jacob Vaught - my cousin, who is a talented up-and-coming filmmaker - shot and edited together footage of the display!  Enjoy...

Well...  I guess it's time to start planning for next year!
Posted by Jonathan Brinson at 11:50 PM