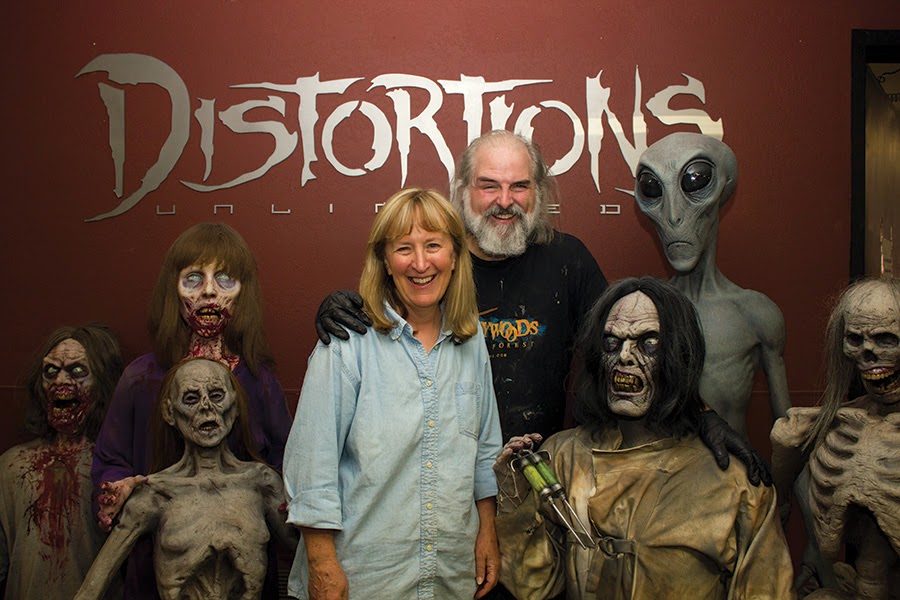 I don't watch a lot of cable TV.  Unfortunately there's just not that many shows that appeal to me nowadays.  However, one show that I will definitely drop everything to watch is Travel Channel's "Making Monsters"!  Typically aired around Halloween, this show documents the work of Distortions Unlimited, a company that specializes in creating...  Monsters! 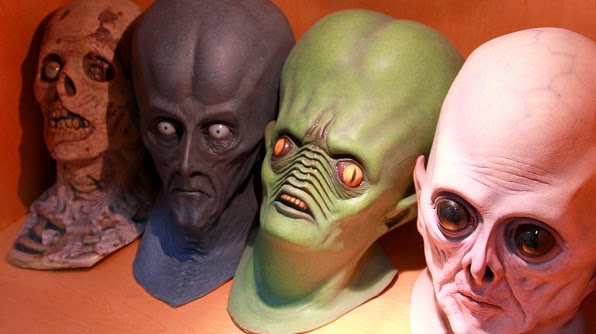 Based in Greeley, Colorado, Distortions Unlimited was founded by Ed and Marsha Edmunds who started the company back in the 70's creating superbly-detailed Halloween masks that are sought-after collector's items to this day. The company has since expanded into creating animatronic life-sized and larger-than-life-sized props for haunted house-themed attractions.  The company employs a small army of artists and skilled technicians who are all genuine people with great personalities and a penchant for puns, pranks, and no small measure macabre humor (what else would you expect?).

Some of the more ambitious projects featured on "Making Monsters" include producing enough zombie masks for a high school marching band, a gigantic static zombie podium for Adobe, a stage prop for Alice Cooper, and a 25 foot skeleton for a haunted forest attraction. 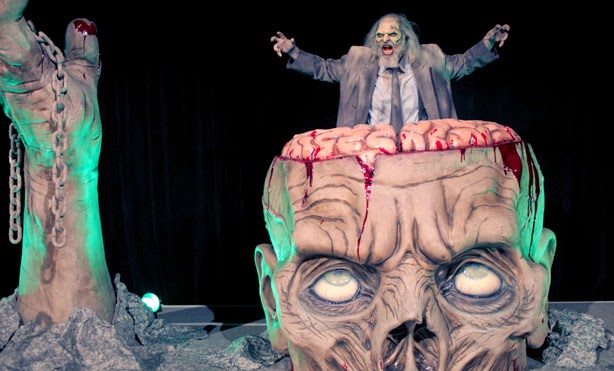 The bulk of the action centers around the challenges presented by this most unique vocation  (Will the forklift be able to lift the mold for the giant demon skull without breaking it?  Will the mutant boars ship on time to meet the deadline?).  Being an amateur prop builder myself (emphasis on the "amateur"), it's a great treat to witness the artistry and ingenuity that go on behind the scenes of an industry such as this.  If you're a fan of special effects featurettes, Halloween, or monsters in general this is a show that would more than likely pique your interest! 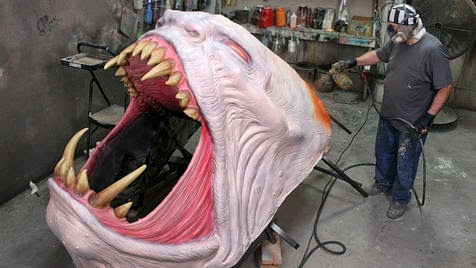 Unfortunately, Travel Channel decided after three seasons to discontinue production of the show.  But, hopefully, this is not the end!  A number of petitions have been started to save the show, whether it be by resuming its place on the Travel Channel or by being resurrected on the Sci-Fi Channel (I know, that's not the way they spell it anymore, but I detest the new spelling) which has had some success producing shows such as this.


Whether you are a fan of the show or just interested in lending some support, you can sign the petition on Change.org.
Posted by Jonathan Brinson at 9:55 PM