Released in 1923, The Hunchback of Notre Dame was a highly ambitious film released by Universal Studios.  With massively elaborate sets, a "cast of thousands", and a stellar troupe of actors this movie was destined to become a classic. 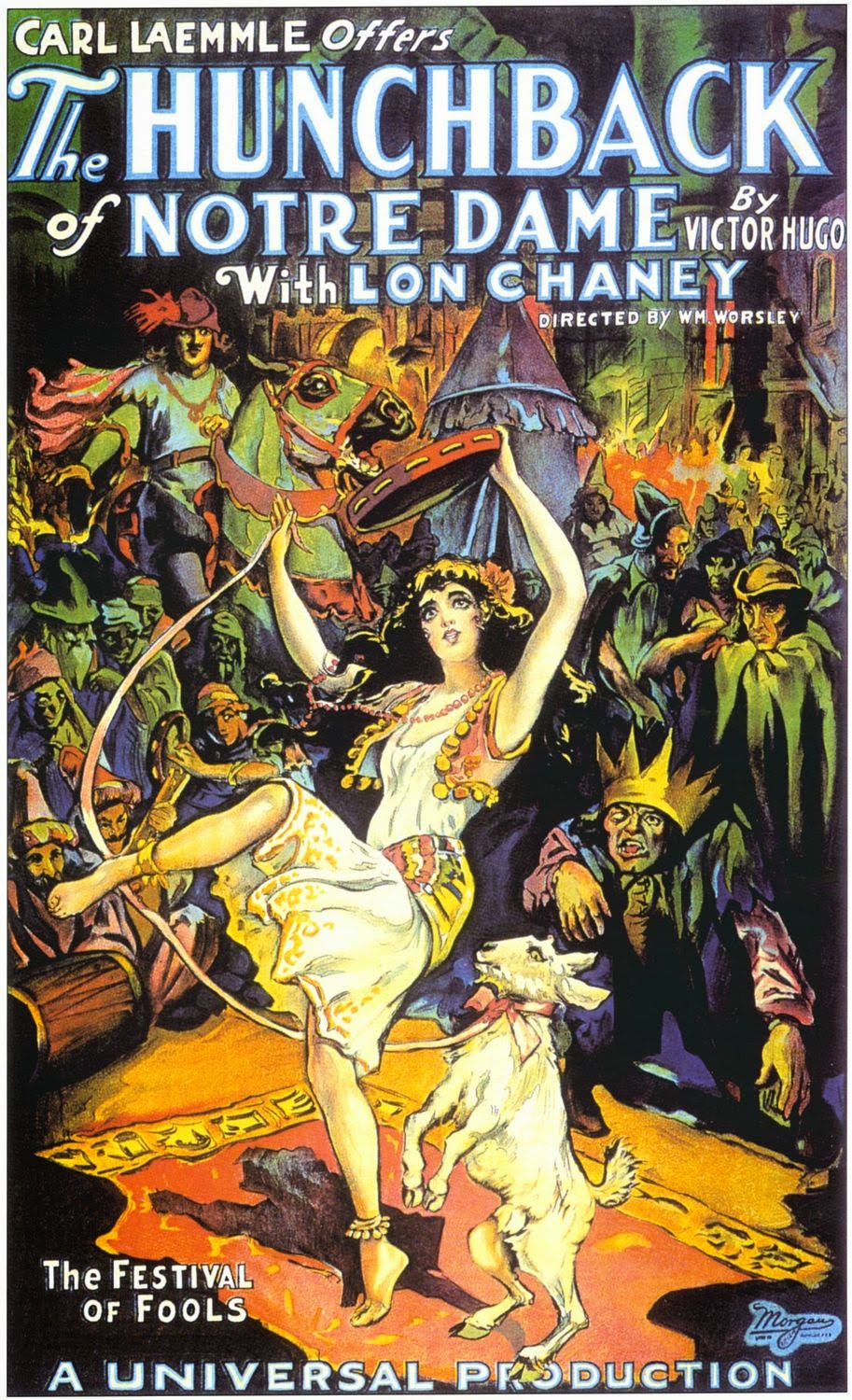 An adaptation of Victor Hugo's novel, The Hunchback of Notre Dame is a silent film that takes place in 15th century France and tells the story of Quasimodo, a deaf, half-blind hunchback who serves as the bell-ringer for the Notre Dame Cathedral.  Quasimodo lives a peaceful life in spite of his disdain for the people of the outside world. But all of that changes when his master becomes obsessed with the beautiful gypsy Esmeralda and bids the hunchback to kidnap the girl, setting into motion a series of events forever change Quasimodo. 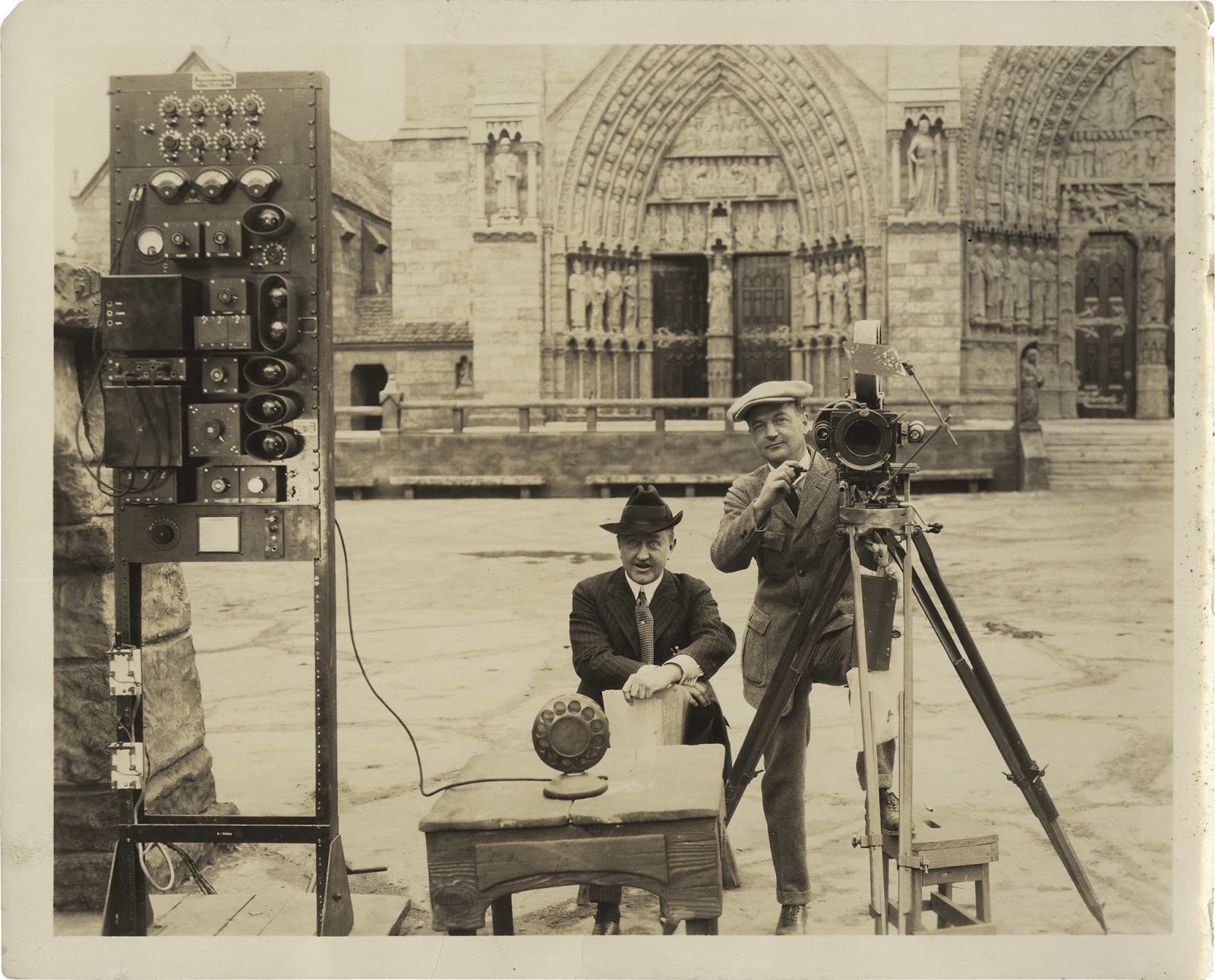 For this movie (and subsequent other period films) Universal created a huge medieval back lot which included a painstakingly replica of Notre Dame's cathedral.  Using glass matte paintings and long shots, the filmmakers convincingly recreated 15th century France.  The advertisements at the time spectacularly boasted that the film had "a cast of thousands", but this actually was the case.  Universal hired hundreds of actors to portray crowds of peasants, soldiers, and other background characters.  Indeed, this film is grand spectacle on a truly epic scale. 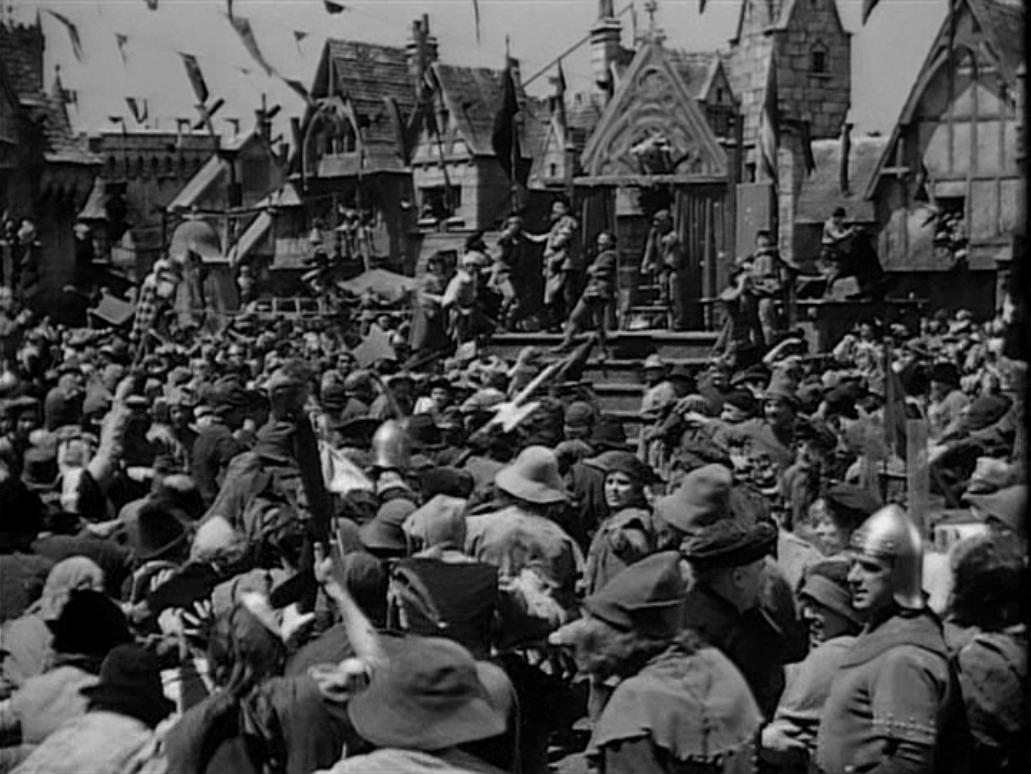 Despite being more of a drama than an actual horror movie, the plot primarily focuses the character Esmeralda and her plight against a backdrop of class warfare.  However, Lon Chaney's performance as the titular hunchback earns his portrayal of Quasimodo a place amongst the other iconic "Universal Monsters". 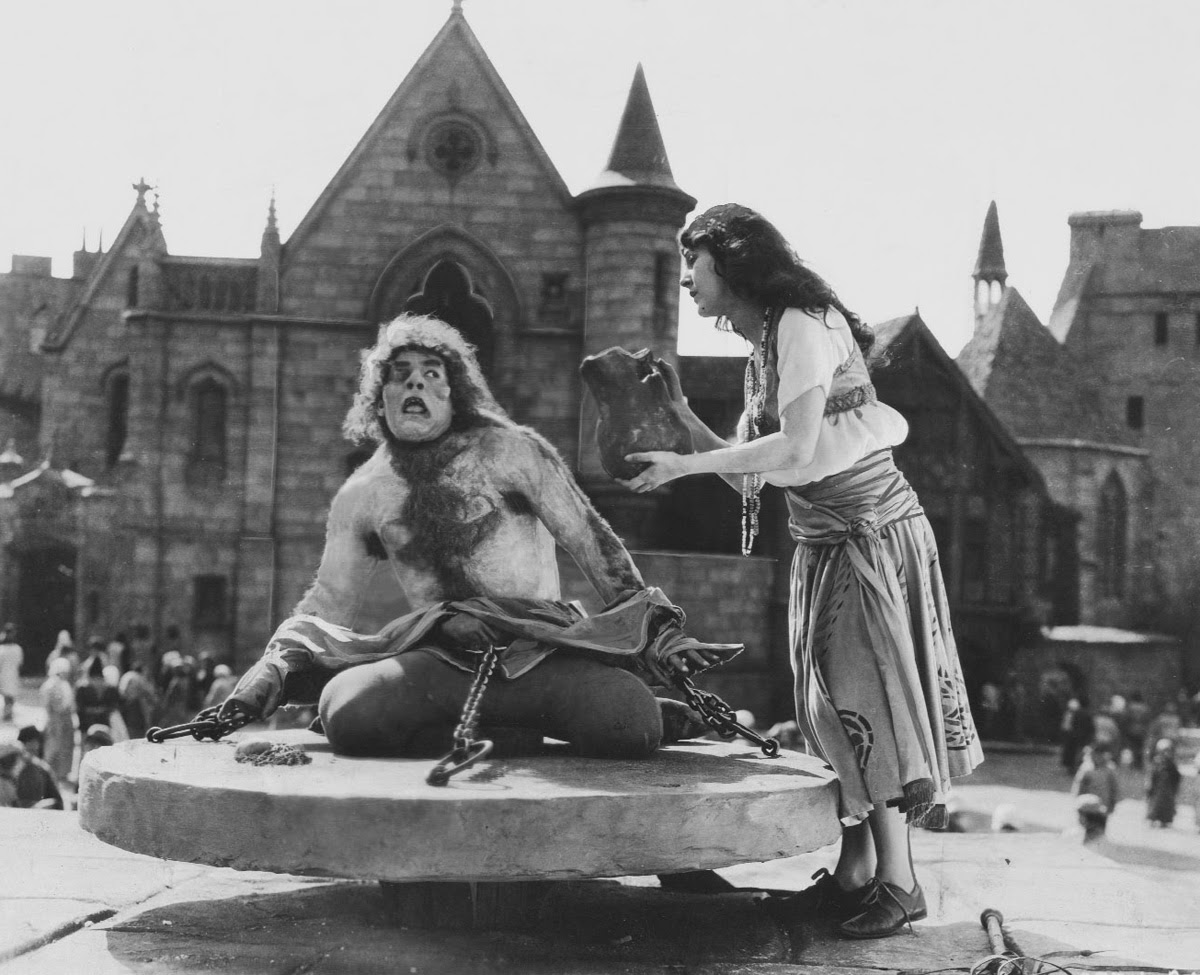 Lon Chaney puts on a spectacular performance as Quasimodo, showing a wide range of emotions even while wearing the various appliances he uses to give the appearance of the deformed hunchback.  Lon Chaney was often called "the man of a thousand faces" because of his innovations in theatrical make-up and prosthetics that allowed him to become a variety of characters throughout his career including the "vampire" from London After Midnight  and Erik from The Phantom of the Opera. 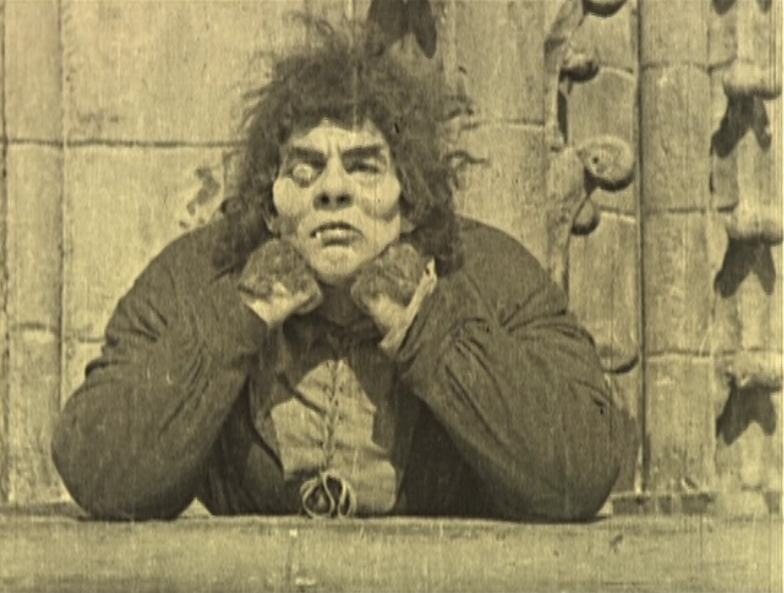 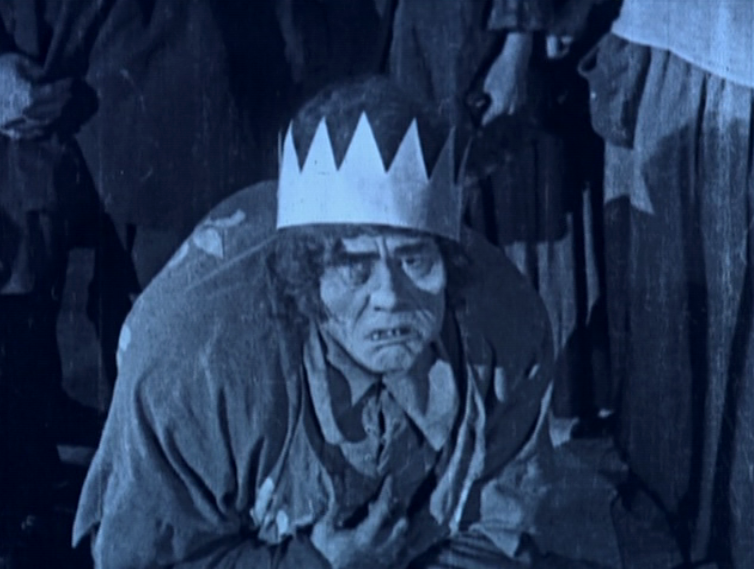 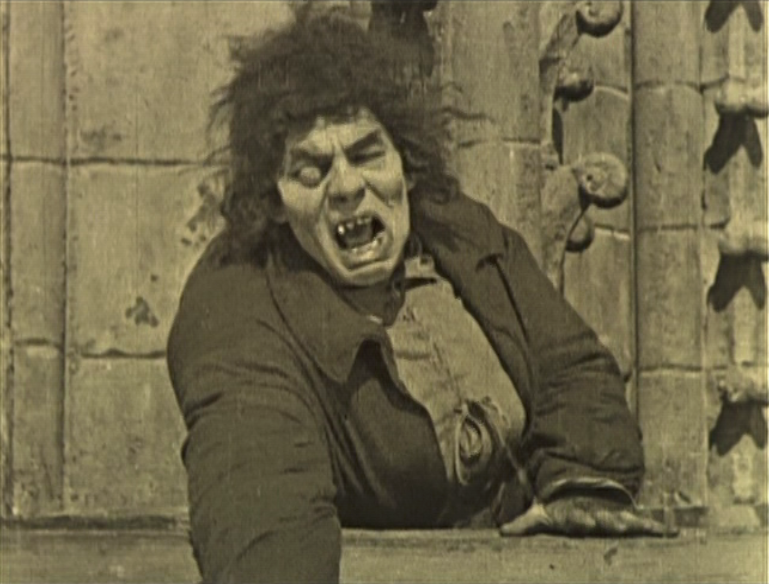 For The Hunchback of Notre Dame, Chaney used false teeth, a wig,  mortician's wax to create new facial features, and a home-made wire device that served to distort his jaw. To create the hunched back effect Chaney wore a leather hump weighing about 20 pounds (Although some reports contend the apparatus weighed as much as 70 pounds!).  Additionally, a special harness altered Chaney's gait, keeping him in a semi-crouched position.  Even though he wore all of this equipment to change his appearance, Chaney's performance is not limited in any way and he is Quasimodo in this movie. 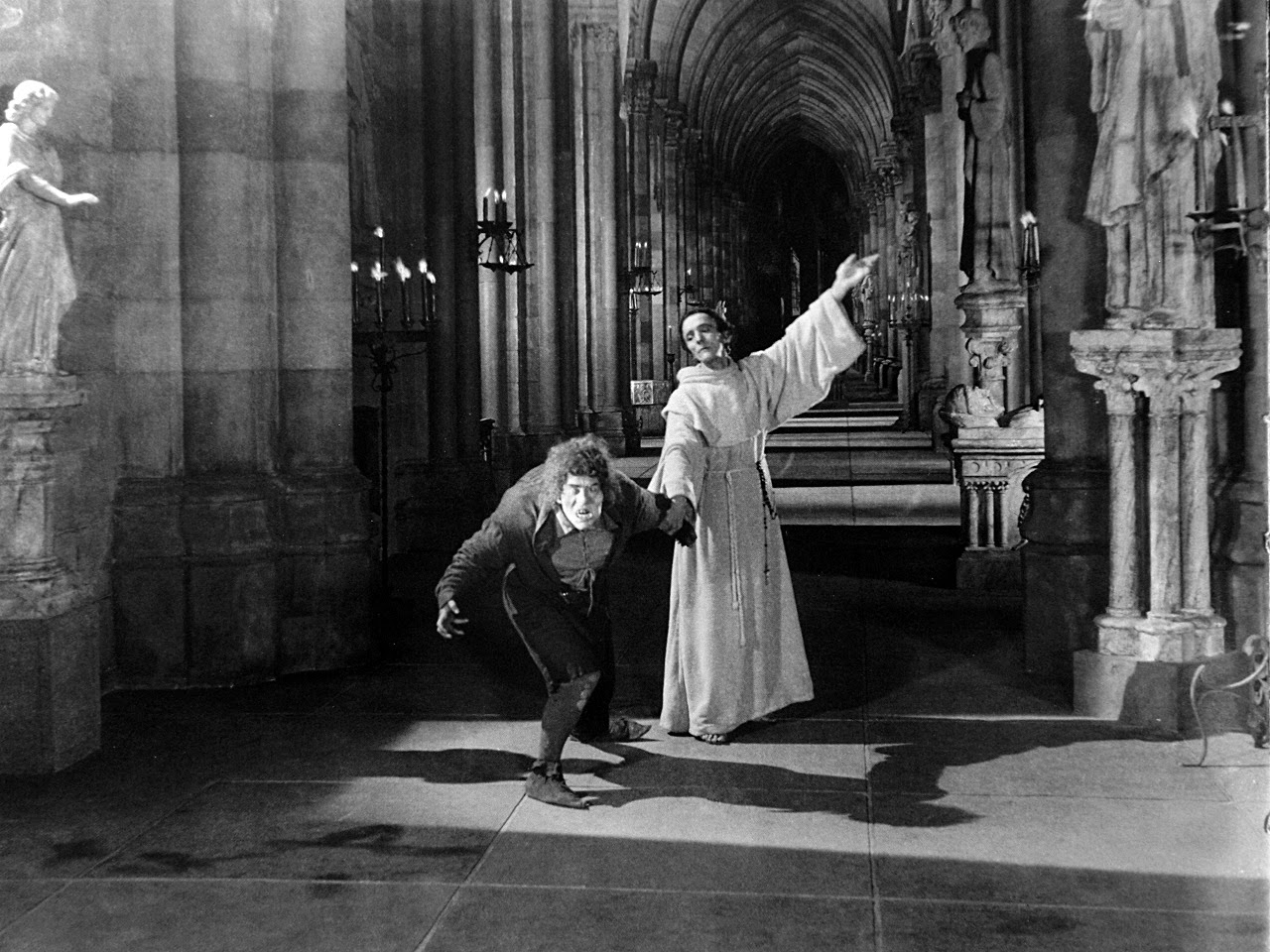 Personally, I really enjoyed this film and would recommend it to anyone who enjoys the old silent films.  I'd always heard about Chaney's performance in this film and I was glad to see that much of the hype was true.  Quasimodo is a character that you can definitely sympathize with and this is thanks very much to the actor who masterfully portrayed him.

Posted by Jonathan Brinson at 3:24 PM